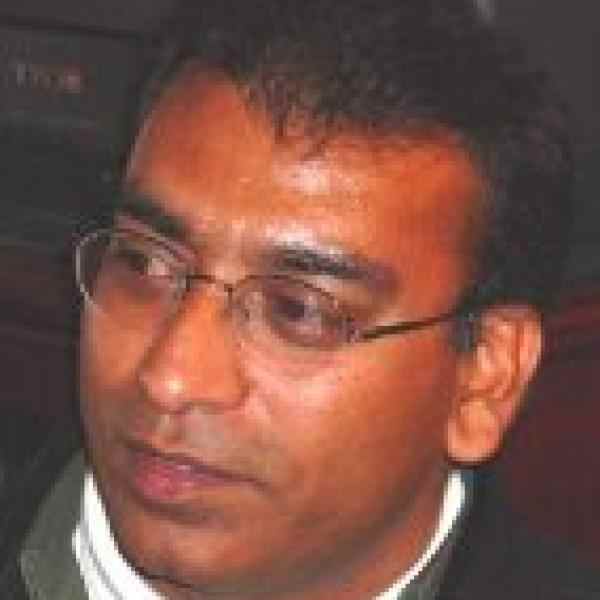 Manzoor Mirani is using journalism to preserve the culture of indigenous communities in Pakistan and protect and disseminate indigenous knowledge and important cultural practices.

Manzoor is organizing nomadic people in Pakistan and advocating for their rights and entitlements to give them the opportunity to secure better lifestyles. Through his work, Manzoor is saving the structure of these indigenous communities while also involving legislators to intervene at the policymaking stage to recognize and acquire a respectable position for nomadic people. Manzoor is employing a process of research and documentation to engage the media and students to appreciate the cultural assets of indigenous people to society. In involving young people, Manzoor motivates youth to reach out to these communities and help integrate them into the society. For example, student groups have begun to take the lead and open literacy centers in indigenous community settlements. Through his organization, Manzoor protects and promotes indigenous knowledge, particularly by way of workshops for community youth. In addition to this, he facilitates workshops to improve the livelihoods of indigenous groups by showcasing their artisans, artists, and musicians. This, along with preservation and sharing of traditional knowledge as well as work with policymakers throughout Pakistan, Manzoor has and will continue to have a profound impact on the lives of nomadic and historically oppressed people in the region.

Indigenous people have populated the Thar Desert and the adjoining areas for centuries. The nomadic people maintain their friendly relations with nature by using conventional wisdom and practices. However, discrimination and marginalization have had destructive effects on their living patterns and as a result, these people are shunning their own values, traditions and customs in the hopes of integrating with the increasingly westernized social structure. The exact number of people that belong to indigenous communities is not known as their inability to reside in one geographical place and absence of any home address have excluded them from the census process. This lack of documentation denies various entitlements that are the basic rights of every citizen. Since the creation of Pakistan, no government or legislator has ever proposed an initiative for their inclusion into the documentation process. A vast majority of indigenous people belonging to the lowest strata of the Hindu cast system that have been socially and economically marginalized for centuries in the Indian Sub-Continent, including Pakistan, continue to struggle for prosperous lives.

Indigenous knowledge and wisdom are under threat by undirected technological advancement, and in response, Manzoor has mobilized his resources and started documenting this information and practices. Through his organization, the Task for Environment and Cultural Heritage (TEACH), he is working to systematize his documentation in the form of a book. Furthermore, Mazoor is also video documenting such processes and making a documentary on the indigenous knowledge of native communities. Manzoor plans to establish TEACH as the leading resource and reference center on indigenous people and their knowledge in the next five years.In addition, Manzoor is a senior journalist and is using journalism as a tool to work for the emancipation of the nomadic population. By involving the media in writing or making small packages on indigenous communities for their news houses, he is documenting and disseminating the findings of his present work on local communities. He is also expanding interest in his cause by involving academic staff and students of a local university’s Anthropology Department to work as volunteers with him and has established a non-formal educational center in a community of indigenous people to conduct classes in the evenings. In addition to imparting education, Manzoor and his group of volunteers are organizing community leaders to lobby on the subject of intervention at the policy-making level. In order to bring this idea to fruition, Manzoor’s organization has identified a group of lawmakers who can intervene when policies are being written. He has started meeting with these members of the provincial and national assemblies to sensitize them about the issues of indigenous communities in the Sindh province. With the help of community leaders, he is convincing these lawmakers to introduce legislation to allocate special seats for indigenous people in each provincial as well as national assembly. Another facet of Manzoor’s work is his promotion of local art and artisans. He is currently planning to hold a festival in August 2009 for indigenous communities in Karachi, Pakistan’s economic capital. In this festival, Manzoor will introduce the media and residents of urban areas to indigenous artists from Thar and surrounding areas. The event is expected to generate awareness about the original work of indigenous singers, musicians and artists. He is also introducing locally-made crafts and similar items to the mainstream market, and taking steps to protect minority communities’ music from being plagiarized or poached by more popular singers from the city.Through TEACH, Manzoor has identified 28 indigenous communities in Sindh province and is currently working with ten communities located in different parts of the province. It is difficult to hold workshops with these nomadic communities because of their constant moving patterns, but Manzoor continues, using his resource center to monitor the movement of the communities and to be aware of the dynamics inherent within them. Without the in-depth knowledge that the center provides, attempts to reach, educate, and help these communities would fail. TEACH is a registered non-governmental organization in Hyderabad, Sindh. The organization was established in 2004, and is currently working on a project with the financial support of United Nations Development Program. TEACH has four full-time salaried staff and the support of fifteen volunteers. Manzoor ultimately plans to expand his work to other nomadic communities in Pakistan and the region, in order to preserve their unique culture and transform a renewed use of traditional knowledge into a vehicle for economic development.

Manzoor was born in Khairpur Nathan Shah – a small town in the province of Sindh – to well-educated parents. His older brother was very fond of books and his large collection was always available to Manzoor as a child. Thus, with encouragement from his family, Manzoor discovered a love of literature early in life. Today, he is still an avid reader and a prolific writer. In fact, his award-winning work on indigenous communities was instrumental in shaping his present work and the establishment of TEACH. Manzoor graduated from Sindh University in 1994 where he completed an M.A. in Fine Arts. While studying in university, he joined Frontier Post, a respectable English language daily. Since 1992, Manzoor has been associated with print media in different roles and capacity. Currently Manzoor is a contributor for the British Broadcasting Cooperation Urdu radio and website. In 1998, Manzoor started to meet with women of indigenous communities in the Sindh province at local vegetable markets to get basic information for a series of articles he was writing. From these meetings, he discovered he needed more interaction with indigenous communities to understand their social and group dynamics. After meeting with them regularly, Manzoor wrote several articles that earned him Pakistan’s most prestigious journalistic award.