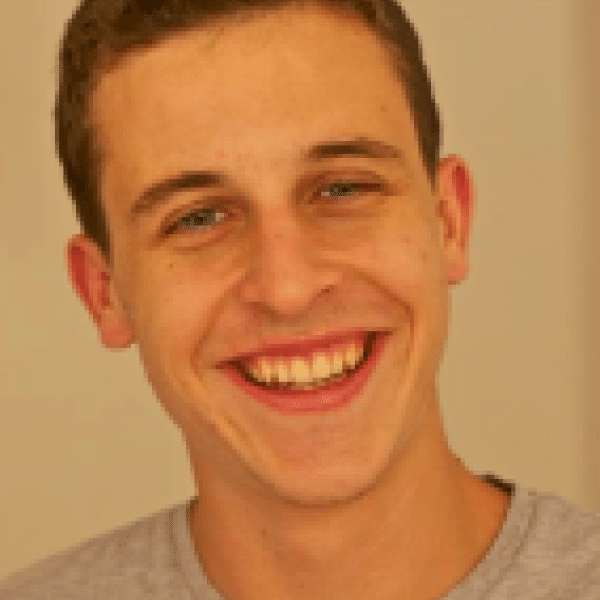 Through Catarse, Luis Otávio Ribeiro is pioneering a new way of mobilizing citizens to be more active in the citizen sector, by using technology to enable participation.

Recognizing that Brazil is at a ripe stage for social innovation, Luis is transforming the culture of philanthropy and individual giving in order to ignite the rise of micro-initiatives and spread collective social change. By inspiring individuals to donate to social projects, Luis is changing this mindset and thus strengthening the citizen base in Brazil.

As a first step in fomenting this change, Luis has created Catarse, the first crowdfunding platform in Brazil. Tapping into Brazil’s social media craze, this platform mobilizes citizens to be more active in the citizen sector, thus stimulating people to believe in new ideas and do what they love. While this tool does exist in other countries, Luis differentiates Catarse from former crowd funding platforms by catering the online site specifically to an audience that does not have philanthropic habits. Catarse allows citizens to post their start-up social projects and invite friends to join an online community in support of the project. As each project on the site must specifically explain the amount of money needed and how it will be used, viewers have a clear idea of how the money will be spent and the impact it will have.

After just a year and a half, more than 30,000 people have supported social and cultural projects via Catarse, donating over US$3 million for approximately 250 social projects. At a national level, Luis plans to increase the number of projects and supporters to reach more Brazilian cities. Most importantly, Luis sees the crowdsourcing platform as the first of many “democratic-inspired” ideas he will launch. He intends to use other crowd-solutions to spread the culture of individual giving and to create a world in which every citizen has the ability and confidence to make change.

Although the Brazilian economy has reached stability, the country’s citizen sector is facing an economic downturn. At the launch phase, social and cultural projects in Brazil have significant difficulty in raising funds. First, the government and large companies usually invest only in a concentrated group of organizations that have more visibility, often forming these partnerships as a part of a marketing or public relations strategy. Further, current Brazilian fiscal law offers few tax benefits to companies who invest in organizations that already have nonprofit or citizen organization (CO) legal status, leaving out all start-up social ventures.

Bank loans present another option for raising funds for social and cultural projects in Brazil. However, COs rarely meet banks’ conditions for lending, such as owning appropriate collateral, maintaining high credit ratings, and establishing actual accounts. They also can rarely pay the high interest rates. By law and by their nature traditional banks in Brazil seek a financial return on investment; the social return that citizen sector ventures can offer does not render the profit margins that financial institutions need.

Finally, individual giving is not a part of Brazilian culture. Many COs and projects have relied on traditional philanthropy. According to a McKinsey study, Brazilian’s donate 0.3 percent of the country’s GDP to philanthropic causes per year, the equivalent of about US$2.3 billion. However the world average is 0.8 percent and Latin America’s average is 0.4 percent of GDP, thus indicating that by comparison, philanthropy and individual giving in Brazil is not high. Many believe that this is partly due to government corruption. After seeing corruption firsthand, citizens are weary of where their money goes and are reluctant to donate money to social organizations that do not show exactly how the money is being used. Brazilians often feel too small to make a change on their own, relying instead on the government, large companies, and other institutions.

In recent years, though, several movements across the globe have started to demonstrate the way that social networks can enable and transform individuals’ involvement in the citizen sector. The 2011 Arab Spring is a clear example of this, in which online communities ignited a regional series of revolutions around the Middle East. Considering that 90 percent of Brazilians are connected to the Internet and use social networks, such as Facebook or Twitter, and spend an average of five hours per month on these sites, the World Wide Web poses an exciting new means for Brazilians to get involved in the citizen sector and effect social change.

Luis’ initial channel to mobilize citizen participation and change the culture of philanthropy and individual giving in Brazil is through Catarse, the Portuguese word for catharsis. Catarse is an online, open source platform where an unlimited amount of social and cultural projects are presented. Currently, Catarse’s team consists of eight full-time employees who select the projects. However, Luis plans to make this selection more participative by inviting users to choose projects promoting his vision of an active community and citizen participation, catalyzing the country’s citizen sector.

To make the selected projects clear and attractive to the audience, the individual presenters are required to upload a video in addition to writing text that summarizes the project’s key activities. The project owners decide the total amount of money needed to finance the project, which is always clearly indicated on Catarse’s platform. Each project has up to sixty days to raise the desired amount of funding. However, the project will only receive the donations if it raises the full amount. Otherwise, the users that have already backed the project have the option of receiving their money back or keeping it as a credit for future donations. Luis says that using this “all or nothing” approach adds an additional motivation for people to share and promote the project. Further, it becomes an opportunity to test ideas. If a project doesn’t reach the goal amount within the time period, it communicates to the owner that perhaps the public isn’t interested in the project or it’s not being framed correctly.

To stimulate more people to support each project and to reach the project goal, proponents and backers create campaigns to communicate the project by using social media. As part of the selection process, all projects are required to submit plans for who they are going to engage in their community to raise the funds. This piece is fundamental to Luis’ strategy. As a result, Catarse’s team doesn’t have to invest as much time and effort in marketing and communication, as it is naturally outsourced. Catarse’s marketing efforts, however, are focused on publishing their successes and money raised to date. The Catarse website is updated daily with number of projects, project supporters, and amount of money raised, providing transparency and credibility. The organization’s team also prepares a monthly newsletter presenting the results of the past thirty days as a way to keep former supporters involved.

Luis has created additional incentives for donating. For each contribution over US$10, the donor receives a prize. Prizes vary according to contribution size but are always determined by the owner of the project rather than Catarse. The concept behind this strategy is to stimulate proponents to contact the backers, forming a network with their project supporters. The financial donation is only the first step in a relationship that can be cultivated by both sides. More than receiving money, proponents are also forming a network of supporters around an idea. The decision of a user to back a project signals that he/she identifies with the idea and trusts that the owner will carry it out on his/her behalf. Beyond just financing an idea, this mobilizes a community around it, joining people who believe in the possibility of change. There have already been cases of projects in which the backers mobilized to attend events organized by the projects or helped to find partners to back it.

Luis decided to start Catarse as a for-profit social venture only because he realized that it would be more efficient and legal within a Brazilian context—for him, the social mission is paramount. Thus, Catarse keeps only 7.5 percent of the funds successfully raised on the platform, making the financial model sustainable. Catarse does not keep funds or require a service fee for projects that are on the site that do not successfully raise funds.

All the programming code behind these elements is presented on Catarse’s main website. As a result, other platforms are being created using the same programing, contributing to Luis’ goal of building a crowdfunding and crowd-solution culture in Brazil. In the future, Luis plans to use crowdfunding strategies for other citizen sector changes, including using crowd-sourcing for political action and policy.

Growing up in the interior of Minas Gerais, Luis helped his father run the family business—a small grocery store. From receiving clients and organizing products on the shelves to operating the check-out and receiving payments, Luis wanted to learn everything about his father’s way of managing. It was during these early years that Luis decided to study business.

When Luis was 17 he moved to Sao Paulo to study business at Fundação Getúlio Vargas, a prestigious business school. To create something of his own, he did not follow in his father’s footsteps by taking over the family business, rather, he wanted to learn new tools and do more.

During Luis’ first year of college, he worked as a consultant to a government agency in the field of education. He felt empowered being able to use his knowledge and skills to have social impact. This experience ignited his desire to serve in the citizen sector. Wanting to leverage his impact and open opportunities for others to work in the citizen sector in Brazil, Luis immediately identified a group of colleagues to be part of his initiative. Inspired by Kickstarter, a crowdfunding platform started in New York City in 2008, Luis proposed to his friends that they start a crowdfunding platform catered specifically for Brazilian social projects.

Wanting to shift the culture of philanthropy, Luis knew creating a platform in Brazil wouldn’t be enough to build a new mindset. In 2010 he spent six months in the Netherlands studying and meeting with people involved with crowdfunding platforms. After returning to Brazil, Luis created an open source blog to share content in Portuguese about crowdfunding; publishing the first articles about the subject in his native language. Additionally, Luis formed an email group forum to discuss the subject.

In 2011, using the networks and partnerships he had built, Luis launched Catarse, the first Brazilian crowdfunding platform. Now, at 24-years-old, Luis plans to continue to expand Catarse as well as create other crowd-solutions.