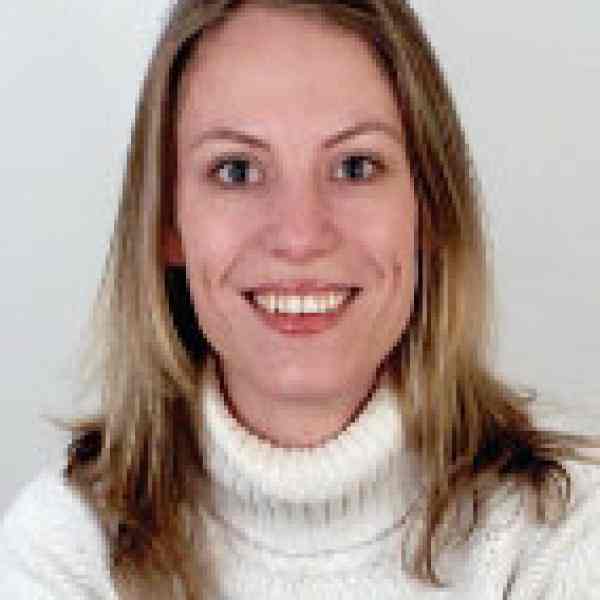 Katerina Hruba works in public interest law in the Czech Republic with a focus on human rights. She believes the dire situation of immigrants in her country—particularly the Roma—is perpetuated rather than relieved by current attempts to provide help because it separates social work from upholding the rule of law. By setting legal precedents in national and international courts and encouraging the active participation of the Roma, she believes there is great potential to dramatically improve the status of this minority community.

Katerina is implementing a new approach to public interest law to improve the quality of life of minorities in the Czech Republic. Many crucial legal cases relevant to this population fail due to inadequate financing, burn out, and sometimes fear. By pursuing these cases fully and with dedication, while also involving the Roma clients more actively, she believes it is possible to change the attitudes of the Roma community from seeing the law as a tool of oppression to an instrument of justice. Through these cases, she hopes to challenge and even change major governmental policies and practices with respect to their attitude towards the support and defense of minorities’ rights.
Her idea involves combining two important elements: Pro-active community work and public interest law. Through education, direct support, and work with clients, she and her colleagues created an elaborate support system for families and individuals who, in preceding eras, had little promise of carrying their case to a successful conclusion.
By providing complex services that aim to influence strategic litigation cases, she hopes to set judicial precedents that will positively affect the day-to-day ruling of lower courts. In doing so, she also hopes to change the commonly-held societal views of this problem by focusing the media spotlight on the larger crisis of inaccessibility to legal defense.

In May 2007, the Czech High Court passed a decision in which a baseball bat with the words “On/Against Gypsies” inscribed in it was deemed acceptable to display in a restaurant, and further concluded that the object did not violate the human dignity of the Roma. This case is just one instance of many in which little is done to protect the rights of minorities under current Czech law. The failure of the government to remedy this problem has only resulted in a general acceptance of an inherently unjust ideology and the mistreatment and estrangement of a whole community.

The struggles of minorities, particularly the Roma, in the Czech Republic are well documented. However, it is not widely recognized that the situation is not improving, but rather deteriorating. Housing remains a significant problem, and is illustrated best by the city of Vsetin’s recent establishment of a separate ghetto on its outskirts where the Roma population will be transported: A ghetto built in seven weeks from tin-like flats. Additionally, since the underprivileged Roma often accumulate debt they tend to be evicted either directly onto the street or into such ghettos. There is also considerable discrimination in the allocation of municipal flats as their contracts are often illegally and willfully modified to their disadvantage. This unfair treatment faces little to no repudiation, and thus, harmful attitudes and activities are expanding as viable and desirable practices at the level of municipalities.

The Roma face significant challenges and discrimination not only in the area of housing, but also in access to social services, in the labor market (unemployment levels can reach 100 percent in some ghettos), and in the education system where healthy Romani children are segregated into special schools for the mentally disabled. Most legal help the Roma receive to combat this mistreatment occurs only individually. However, these small cases do not always survive the bureaucracy and lengthiness of the court proceedings, as pressure from police and welfare officers, as well as pubic opinion, often convince the victims to drop the charges. In this sort of environment, it is difficult to set precedents that both guarantee the rights of minorities and strengthen their trust in the rule of law.

This problem transcends the limits of the law, however, and is intimately related to a deeply flawed and prejudiced public perception. Czech society still perceives the Roma in a highly negative light. Two-thirds of the citizenry responded in a recent survey by the Central Statistical Office that they would not want a Roma as a neighbor. To further illustrate the severity of the situation, Mr. Cunek, mayor of Vsetin during the eviction of the Roma, has been elected to the Senate.

Since the early 1990s many citizen organizations have arisen to help ameliorate the injustices currently facing the Roma in the Czech Republic, however nearly all of these groups focus solely on social work and counseling. While this aid helps this struggling group to recover, it does not challenge the institutional failings at the heart of the problem, and thus their impact is often short-lived.

While working as a lawyer for the League of Human Rights, Katerina took on a case in which eight children were taken from their parents due to inadequate housing and financial difficulties. After following it all the way through the judicial system, she not only won the case for her client, but set a legal precedent; it is now more difficult for the government to take away children on such dubious grounds. In this experience, Katerina witnessed firsthand how a successful defense can ameliorate individual hardship as well promote changes in the practice of an official institution. Since then, Katerina has dedicated her work to developing a new approach to public interest law that focuses on both the direct support of clients and legal defense as a means of promoting change within Czech society, all with the hope of helping the Roma and other minorities become active citizens who can rely on the rule of law, rather than fear it.

She created the organization Z§vůle Práva with the aim to successfully set court precedents, and in its name lies the two basic messages she promotes: That though modern democratic society should be ruled by the law (z vůle práva), it must not be misused as an arbitrary tool of continued discrimination (zvůle). Katerina believes it is crucial for the Czech legal system to promote antidiscrimination by both supporting clients as well as earning their good faith by winning cases and stressing the active imput of the Roma themselves to improve their quality of life.

Katerina is aware that although justice is the ultimate goal, it’s application varies depending on the circumstances of the population present. In the case of the Roma, a considerable gap in understanding exists between them and legal practicioners, and as a result, lawyers and judges often have trouble working with their Romani clients. Through communication and active representation based in partnership, she is working to overcome this distance. A mutual education on a case-to-case basis can have many desirable outcomes, including better assessments of the personal background and situation of a client.

To change the status quo, however, it is not enough to focus on the immediate interaction between the legal process and minorities. As such, Katerina is also building a support system for the victims outside the courtroom through her work with Edita, with whom she established this public law initiative. Edita, a social worker, university professor, and Romani herself, is instrumental in directly communicating with the Romani community to ensure that each client understands the whole process. Together with Edita, Katerina targets cases that have a potential to become a source of strategic litigation, particularly those in the areas of housing rights, usury, and discrimination.

Strategic litigation among minorities in Eastern Europe often suffers from victims’ unrealistic expectations of what is possible and how the process is going to look. The social work in Kateřina’s approach motivates and facilitates individuals (with the help of a social worker) to undergo all necessary steps in the legal process as well as communicating with the media. As Katerina sees it, this approach is doubly powerful in that it enables the victims to familiarize themselves with the law and gain trust in it. It also gives them the chance to overcome the passivity that tends to plague their community. Ideally, after being acquainted with the process and through frequent interaction with Edita, a client will be able to spread this knowledge within their broader community.

Kateřina’s vision is that one day she will help the marginalized Roma regain their trust in law and through the precedents set by the cases she takes on, help reshape public opinion. She is aware that for her radical approach to be successful, cases need to be won and people must be lobbying at the highest levels of state bureaucracy for the cause, but there must also be open communication regarding model cases and practices. She therefore publishes widely and her organization has been very successful in outreach activities that show people the possibilities of an effective defense within existing legal boundaries.

Katerina has begun to show the Czech community that law can and must be used for defense and is already changing the attitudes of the Roma minority, who are beginning to believe that law can be a tool of justice. Currently, she is working to spread her idea and strategy in different towns in the Czech Republic, including Prague, Brno, and Ostrava and is continuing to take on cases from around the country.

Katerina grew up in a very loving and stable family enviroment, and it remains a motivating force for her work. She is aware that she has been very fortunate not to have suffered from discrimination, humiliation, and violence. Her study of law has clearly shaped her understanding of these problems and how it promotes justice through peaceful means.

Katerina has been involved in legal defense for vulnerable groups whose plight receives little attention and public recognition since her time at the Law Faculty of the Masaryk University in 2001. In that time, she volunteered for an organization that was introducing special legal and extralegal help to victims of domestic violence, which was then a largely unaddressed and unexplored problem. As she delved deeper into questions of human rights and the application of law for desirable causes, she became fully aware that it is indeed possible to bring a taboo subject to the forefront and not only make it socially acceptable to discuss, but work to prevent it altogether.

Meeting Edita served as a transformative moment in Kateřina’s life, essentially guiding her to the work she does now. They had started working together at the League, where an extraordinary friendship developed. Through Edita, Katerina became better acquainted with the Romani community and decided to take on theirs and countless other minorities’ causes by establishing her organization, which is changing the lives of the Roma minority in the Czech Republic.

Katerina is single and lives in Prague.