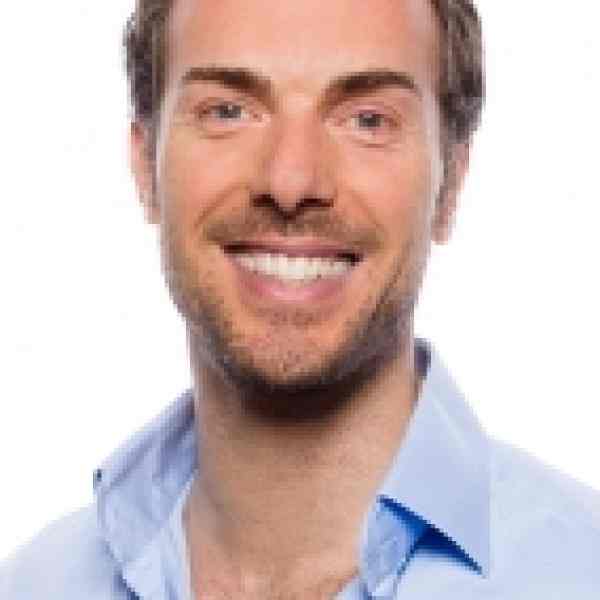 Christian Vater is using the concept of “rounding up” at the cashier to change attitudes toward social good by impacting each player along the value chain of getting products to market. Through this process, Christian is creating a social shift that everyone can and should be part of achieving social change.

Christian is changing the current norms around citizen engagement in the social sector, in particular relating to one’s engagement with and likelihood of donating to good causes. Even though everyone can donate to a cause if they wish to, currently only half of Germany’s population regularly does. In addition, monetary giving is rarely aligned with the social impact it achieves. Christian is introducing a mindset in which everyone can and should become active in achieving impact-driven social change, even in small amounts. In order to do so, he transformed and launched a major “rounding up” scheme at retailers in Germany. He is actively engaging every player along the chain of selling products, from the consumer to the cashier, in-store employees, management of retail companies, cashier company management, media and marketing people, and the organizations that will receive the funds. The scheme allows him to reach the 50 million people who go shopping daily. Christian engages competing retailers, major pro bono support, and smaller citizen organizations (COs) to advance his mission.

Christian envisions a world in which social change is a common pursuit that benefits all the target groups it touches. Focusing on COs with proven positive impact, yet lack marketing opportunities and visibility, Deutschland Rundet Auf (DRA) provides a platform to broadly promote these COs and their solutions. On the customer side, Christian is proving that giving is not only for the rich but can be easy, painless and even fun. For retailers, he pulls in all companies who might engage, despite intra-retail sector competition. Christian brings all of these groups together with a shared vision of changing Germany for the better by supporting solutions to social problems that work.

The average of philanthropic giving in Germany is roughly €2.2 billion (US$3B) each year. Almost 50 percent of the German population does not feel inclined to donate. Germany has great potential to develop the philanthropic giving of target groups (especially younger, lower income classes) but major hurdles impede Germany’s ability to do so: (i) Germany’s tradition as a strong social welfare state fosters a mindset of social change as a state responsibility—not an individual one (ii) a widespread view that donating small amounts has little impact (iii) a risk that money will not be spent well and (iv) strategies to raise donations often focus on getting people to donate out of feelings of guilt, spreading a negative connotation with giving rather than activating a positive one.

The majority of donations in Germany go to large and well established organizations. This is partially because donors want to feel “safe” when giving their money, and such organizations can afford to spend time and money on marketing activities. The result is that many organizations spend up to one-third of what they raise on fundraising activities. Thus, smaller organizations that lack the means and the marketing expertise, struggle to raise funding. This causes a problem as the success of fundraising is very rarely linked to the impact an organization creates, i.e. its ability to most efficiently and sustainably solve a social problem. Also, there is a lack of focus on social impact as a basis for donors choosing the recipients of their funds; while the amount spent on fundraising is often not transparent to donors. Many small social organizations have fewer chances to compete with larger organizations with more resources, which inhibits their social impact. Thus, there is a need to mobilize those who do not currently participate in giving, while at the same time changing the paradigm of giving as a whole.

In Germany, 50 million people shop at a retailer daily. Christian uses this existing shopping infrastructure to carry out a “small cents, large impact” mission through DRA. While the idea of rounding up is probably as old as money itself, the way that Christian systematically implements DRA creates interlocking and lasting effects on all the target groups involved.

Implementing DRA’s system changes retail companies from within—in an overall risk-averse environment. As one of their first steps, DRA works with cash register companies to change how the registers work, as well as train their employees. This way, employees are engaged in and motivated by their companies’ social engagement. 60 percent of the participating companies with a total of 300,000 employees have not been socially engaged before. DRA includes discounters with more than 40 percent market share in Germany. They also include competitors within the same field, which enlarges the potential of companies included. By doing so, DRA offers an integrated social responsibility concept to retailers. By using the systems put in place by DRA, they do not have to implement it on their own, but instead, each participating retailer becomes part of a greater vision overcoming boundaries caused by competition. Christian initially struggled with implementing his idea because people expressed excitement about it, yet were not inclined to actually sign a deal. Christian resolved these challenges and has built a system that people now trust.

Currently, each company pays between 2,000 and 99,000 Euros (US$2,740 and $135,700) per year, depending on their total revenue to DRA, thus covering all of DRA costs and ensuring their commitment for at least two years. Thus, 100 percent of the money raised by rounding up at the cash registers goes to the social cause.

On the customer side, the maximum round up is 10 Euro cent—cash or cashless—by actively saying at the point of purchase: “Round it up, please.” By using such a small donation amount, DRA underlines the importance of self-action and the power of small contributions, actively reaching out to and including low-income target groups. Giving should not be restricted according to Christian, but simple implementation and fun in the process of giving are the leading principles of DRA participation. Customers are proud to contribute to something bigger and DRA offers very low barriers to entry.

Major communication activities within the companies and also to the public (for which Christian has raised pro bono support of €10.3 million (US$14M) already) begin at the point of purchase, spreading the word among a vast group of potential donors and quickly motivating them to contribute to a shared vision. Within the first two months of its launch, 578 articles were published in various media outlets. The media campaign’s first phase of general awareness about DRA generated 60 million contacts within less than two months. Through the information it provides, DRA offers an easy to understand and relevant orientation to donors as well as non-donors, creating an easier process for giving. DRA uses these strategies of outreach and marketing to increase the overall percentage of donors in Germany. In a second phase, emphasis will be placed on the projects and ideas benefiting from DRA donations in order to strengthen the awareness of achieving social change among communities.

The social organizations involved are not large or established. Instead, Christian focuses on the “hidden champions” chosen by an expert panel on the basis of their proven social impact with at least pilots in two locations and scaling potential. What is more, every elected project is then screened by Phineo, an objective social impact rating agency in Germany. Thus, organizations profiting from DRA carry the potential to change Germany for the better—and lead the field as impact driven role models for long-term social change. The organizations chosen are communicated on the website and in all marketing material. Currently there are eight organizations with a focus on children and youth in the first round. All participating partners join in financing the first project. Only when the given need to scale—between €100,000 to €300,000 (US$137,000 to $412,000) per project—has been raised, does the next project begin, to ensure a common sense of vision and achievement.

DRA’s overhead and organizational costs are paid completely by the participating companies. 100 percent of the “rounded up” money at the cash register goes directly to the organizations. This makes DRA a self-sustaining model. DRA partner GmbH manages the relationship to the retailers, and the non-profit, DRA gemeinnützige Stiftungs-GmbH, manages the projects and donations.

Within the system, transparency and governance are key factors: the donations that each organization receives as well as the financial milestone plans indicating where the donations will be used is all available. Anyone interested can access this information at any point, which also includes how many people have rounded up and how much money has been collected. Thus, the impact and “hidden champion” oriented system of DRA is authentically carried through all channels of communication.

As a child, Christian accompanied his father who was a doctor, when he visited patients. Often, he saw that patients just needed to talk to someone. It was very natural then for Christian to feel comfortable around older people and as a 14-year-old, he took on internship at a senior home. Christian was on track to become a doctor but his passion was music, so in the end, he decided to study business instead.

After his education as a bank clerk he studied economics at the European Business School in London, preparing to pursue a career in the music industry, specifically Bertelsmann Music Group, EMI Music, and DEAG. He started at the bottom and worked his way up to managing launches and campaigns for some of the biggest artists to come through during his time there, such as Lou Bega, Robbie Williams and Coldplay. Christian was specifically fascinated by young talent. He was very successful in what he did by pulling all sorts of pieces together that others had not seen. Still, he became increasingly disillusioned.

Becoming more and more frustrated with the often corrupt practices in his job, Christian realized that he had to change his life. When getting to know his wife-to-be, a development aid expert in Africa, they decided that instead of wedding presents they wanted their friends to join them in starting a foundation focusing on HIV/AIDS in Africa. Once he became a parent, Christian took a year-long paternity leave, moved partly to Africa and began to explore the work of social entrepreneurs. He soon realized that some of the key success factors of his former job were missing in Germany.

Fundraising was always something difficult for the organizations he observed. Christian noticed they would often use pictures and language to evoke pity and problems, rather than solutions. Christian wanted giving to be considered fun and based on the merit of the work rather than an emotional response. When he returned to Germany he worked on an online auctioning platform for celebrity products with all receipts going to selected social projects. During this time, Christian thought of the rounding up idea and wondered why no one had done it. He became very enthusiastic about the idea, realizing that it had the potential not only to raise money and start easy giving in Germany, but also to promote hidden champions and create a focus on impact giving. He took the challenge and used all his skills lining up talent from the music industry to start DRA. Over the last three years of working hard to overcome foreseeable and unforeseeable barriers, Christian knows that he has found his place and his career.