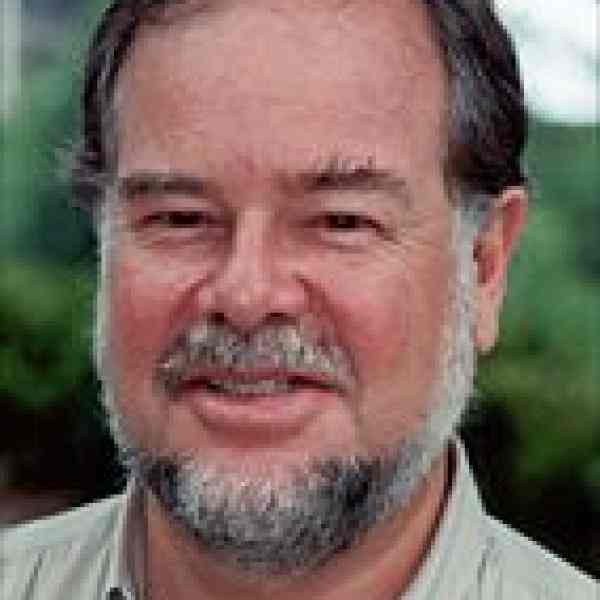 Alejandro Camino, an anthropologist by training, addresses development challenges common to the high mountain regions of the Andes and the Himalayas, by promoting exchange and cooperation between the traditional mountain peoples.

Alejandro Camino's work brings together diverse peoples of Peru, Bolivia, and Ecuador in the Andes and Nepal, Bhutan, India, and Tibet in the Himalayas. It is based on the premise that although the Andes and the Himalayas are far apart geographically and culturally, the high mountain dwellers in both regions share many similar natural resource, environment, and development challenges, and that they have a lot to learn from each other. To date, however, no one in either region has been able to take such an idea and translate it into such specific, sustainable "South-South" exchange as Alejandro has developed with his Himalandes project.

Through a tradition of conservation and long-sustained use of scarce natural resources, the high mountain peoples of Asia and the Andes have developed valuable experiences, technologies, and methods of resource use that could enrich both societies if shared. Unfortunately, the distance and lack of communication that accompany their similar settings have also prevented such cooperation and will isolate the two regions from each other unless exchanges are created. As both of the mountainous areas develop, they face common development challenges, especially in the production of food and livelihoods and the rise of tourism. The development of road infrastructure in mountain environments has also represented a great challenge, in the forms of environmental damage, erosion, geological destabilization, and the introduction of diseases. Bolivia is considered to have the most dangerous roads in the world, with landslides and many fatal accidents.

The Himalandes project has put forward six specific proposals for cooperation and will facilitate and promote all of them. Alejandro identifies, contacts, and motivates the partners for each of the initiatives and is responsible for fundraising. The six are:
1. Exchange of camelids and yaks;
2. Promotion and exchange of high-altitude crops; 3. Production of papers and traditional weaving techniques; 4. development of high-mountain eco-tourism; 5. road infrastructure in fragile landscapes; and 6. production of a television series.
The llama and alpaca were domesticated in the Andes to transport goods in harsh conditions of high altitude and to provide high-quality wool, respectively. Both were also important for their meat, their skins, and for Andean cosmology and customs. The closest Himalayan counterpart, the yak, is an important source of milk. It can also transport goods, but it is slow and gets sick when it descends below 3,500 meters. People in the Andes need a good source of milk, and the Himalayans would benefit from an animal that can transport goods more reliably between higher and lower altitudes and can move faster. Instead of importing expensive wool, Himalayans would benefit from the magnificent alpaca fiber, which can be used to produce the famous Tibetan rugs. Alejandro's idea is to raise llamas and alpacas in the Himalayas and yaks in the Andes. He has already done the studies necessary to demonstrate the feasibility of the idea.
The second proposal is related to the many unique flora found in high altitudes, because of the isolation. There are, for example, 14,000 varieties of potato in the Andean region, adapted to the harsh conditions of high altitude. Many species have been transformed into more productive crops and used as the base of genetic engineering for agricultural development, but their origins remain in the high altitude areas. Both the Andes and the Himalayas are the repositories of this genetic richness. Since 1990 Himalandes has structured exchanges between the two regions: okra and quinoa are being grown in the Himalayas, for example, and rice and a type of wheat in the Andes. Seabuck thorn, from the Himalayas, has also been used to control erosion in the Andes. Alejandro has identified a partner interested in applying Asian methods of rice terracing in the northeast Andes. Other interest comes from the Intermediate Technology Working Group which works in Nepal, India, and Peru.
In the Himalayas, methods have developed, still flourishing in Nepal, to make paper from diverse plant species, and Alejandro is working out the transfer of a paper-making system to the Andes, because the high cost of industrial paper in the Andean region makes it impossible for rural students to acquire notebooks, books, and paper. The Andeans, on the other hand, have wonderful techniques in weaving which could be shared with Himalayan rug weavers, who could teach Andeans how to weave rugs, using the fibers from llamas and alpacas. Alejandro has identified a group that will come to Peru to work with Tambos Alpaqueros organizations, which raise llamas and alpacas there.

Tourism has been flourishing in Nepal for two decades, and with it has come pressure on natural resources, deforestation, and trash. The King Mahendro Trust for Conservation of Nature and World Wildlife Fund launched a program for conservation and involved peasants in reforestation and tourism as part of a development of the Annapurna protected area. A similar project has taken place in Makalu-Barun, a national park close to Everest and established by the Mountain Institute. Alejandro has studied the feasibility of transferring the Himalayan experiences to the Huascaran National Park in Peru, one of the most spectacular high-mountain protected areas in South America, where the Mountain Institute is involved in planning tourist development. The plan also has the potential to help Bolivia and Peru build up their eco-tourism industries as countries in the Himalayas have done.
For the last few years, the International Center for Integrated Mountain Development, located in Kathmandu, has been developing technologies to reduce the negative impacts of road construction, but this experience has not been disseminated outside the Himalayas. To promote these advances also in the developing Andes, Alejandro has established contacts with the National Engineering University in Peru and with engineer Máximo Lieberman, a specialist in high-mountain road systems, of the Ecological Institute in La Paz. Alejandro is planning a training workshop for the Andean engineers which will present the Himalayan experience.
To generate a deeper public appreciation of the two regions, Alejandro is producing a television series, Himalandes: The Footprint of Mankind. It will present these places of ethnic and cultural diversity, areas that straddle vastly different geographic regions: between the Pacific and the Amazon in one case, and the great Asian valleys of India and China in the other. In both, people have not only learned to overcome the difficulties imposed by high altitude, extreme climates, and scarce resources, but have also developed elaborate cultures. The television series comprises six documentaries, which will show the importance of collaboration in the face of modern challenges. Alejandro has identified videographers from Peru, Ecuador, Nepal, and India for the series, which will be produced, filmed, and edited by a team with members from both regions.
As part of his central team, Alejandro has recruited Mario Tapia (Peruvian Ashoka Fellow 1996) and Jorge Recharte, and Tej Partap, Lu Shunguang, Hermantha Mischra, Anelise Dandler, and Robert Rhoades, all professionals with expertise in the project areas. Alejandro's group will also rely on support from key international institutions such as the International Mountain Society, the Mountain Institute, and the International Center for Integrated Mountain Development, as well as universities, herders, farmers, local citizens' organizations, communities, and individuals.

Since his youth, Alejandro has combined a passion for the natural sciences with a commitment to social service and national development. He studied anthropology in Peru and overseas; he has been cultivating his idea since his days as a graduate student at the University of Michigan, where his doctoral research compared the agrosystems of traditional rural high mountain dwellers in the Andes and the Himalayas. Although he has dedicated most of his professional life to various national conservation organizations and to university teaching in Peru, he has never lost sight of his interest in Andean-Asian exchange. Alejandro was a pioneer in introducing environment and development issues into local university curricula. In the 1970s he established the first courses in "Ecological Anthropology" in the Catholic University of Peru, the country's leading training center in the social and natural sciences. He has longstanding practical as well as academic experience in environmental issues and is a consultant to various development and conservation organizations. Although he has encouraged other Peruvian experts to join him in his effort, all testify to Camino's leadership. He was truly the "idea man," the first in Peru to dream up his "crazy idea," as he says, and get others on board. After years of doing this as a side activity or hobby, he has now resigned his post as head of the government's Environmental Fund, in order to devote himself full-time to Himalandes.