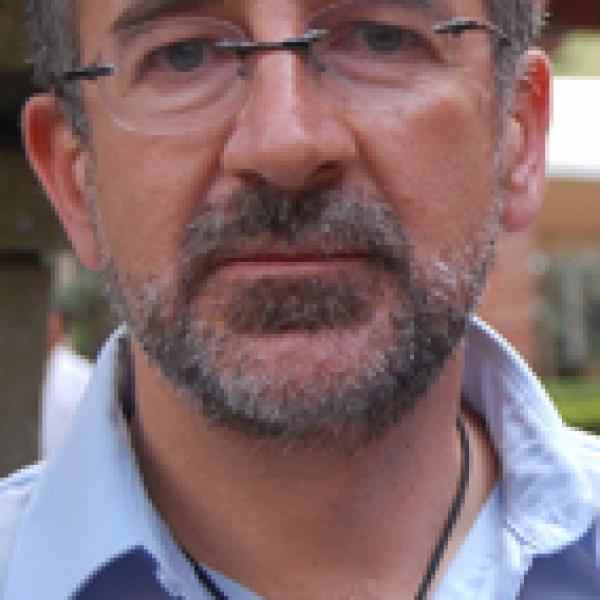 Mobilizing consumers to utilize their purchasing power to influence business practices, Alejandro Calvillo Unna is introducing to Mexico the notion that responsible consumerism can help effect responsible business and governance.

Alejandro is showing Mexico's consumers the power that they wield in their purchasing decisions and giving them opportunities to exercise that power toward checking irresponsible business practices. Using the reach and efficiency of the Internet&#150;and his own credentials and contacts from his tenure leading Greenpeace-Mexico&#150;Alejandro is building the organization El Poder del Consumidor (Consumer Power) to hold businesses, government, and consumer-citizens alike accountable for violating social responsibility.
Until now, Mexican consumers have not recognized that how they spend their pesos matters, even though Mexicans' purchasing power has burgeoned and their insecurities about profit-oriented exploitation of their country have multiplied in recent years. Alejandro believes that by giving Mexico's consumers compelling and true information on harmful corporate behavior and opportunities to act in coordination with masses of other consumers and citizen organizations, he will stimulate them both to embrace their right to know what's "behind" a product and to exert economic pressure on companies and government through their purchasing decisions. Select, powerful campaigns targeted against the worst corporate violators&#150;and delivered over the Internet&#150;will be a key part of pressuring for change. More broadly, however, Alejandro will be creating new, aware, active Mexican consumers who can represent their social priorities and take a measure of personal responsibility in a Mexico that is newly democratic politically and increasingly liberal economically.

When businesses are irresponsible, they can do great harm to society and the environment. Contaminating waterways and cultivated lands, violating workers' rights, and offering dangerous products on the market are among the most egregious examples of harmful business practices. Governments are often part of the problem. In their drive to promote economic growth for the country–and often for the career-boosting potential of having supporters in business–politicians will often be overly permissive of obvious business excesses as well as less egregious practices that nonetheless harm vulnerable segments of society. Mexicans have been especially incensed by what they perceive as damaging corporate behavior since the signing of NAFTA, under which the Mexican government sacrificed a large degree of control of its domestic markets.

Business and government cannot be counted on to regulate and check all behavior of domestic or multinational companies. In many countries consumers have responded by exercising their power to buy or not to buy companies' products based on their behavior. Around the world consumers have had great success in effecting change by withholding their consumer dollars, marks, and rand in coordinated ways. Mexico, however, has no history of such mobilization of consumers. It does not have a culture of understanding consumers as a force that can wield influence through the pesos they spend or do not spend. The country does not even have much of a sense that consumers should know, or care, what's "behind" the products they buy. Part of the problem is cultural and consistent with the generally slow development of the citizen sector in Mexico. However, there has been a particular lack of real leadership and innovation in the area of consumerism. Consequently, though Mexicans have huge, growing purchasing power and strong feelings about the damage that certain companies do in their country, no one has shown them how to connect the two forces.

Alejandro will connect Mexico's consumers with the social issues they care about and give them opportunities to act in concert to effect change within companies and government. Alejandro's organization–Consumer Power–will create, distribute, and coordinate targeted campaigns both to address specific violations of social responsibility norms and to create frameworks for business and government to modify their practices in accordance with the priorities of consumer-citizens. While Alejandro believes most of his energy will target violators, he is also considering ways to collaborate with businesses. These may include endeavoring to approach and work with companies identified as problems, offering collaboration to avoid confrontation, and showcasing examples of socially responsible businesses.

This is all uncharted territory in Mexico. However, several elements of Alejandro's strategy and background suggest that he is likely to pioneer successfully. First, Alejandro is going to harness the power, reach, and cost-effectiveness of the Internet. The Internet is ideal for informing and mobilizing citizens, and it particularly suits Alejandro's campaign-based strategy. In coordinating strategic, well-designed campaigns, Alejandro will take advantage of the visual and verbal communicative power of the Internet. A growing e-mail distribution list will allow Alejandro to target consumers directly, as well as organizations that can link to more consumers. Within a year, Alejandro hopes to have 10,000 people subscribed. The high proportion of youth online is fortuitous to the strategy as well: young people often drive purchasing decisions for their entire household. Second, Alejandro intends to utilize existing organizations and networks. Alejandro will partner with citizen organizations with interests in affecting corporate practices. These organizations will be able to mobilize additional support for Consumer Power's campaigns through programmatic action on their parts, as well as by reaching out to their constituents in their capacity as consumers. Alejandro plans to create an advisory board of representatives of leading citizen organizations in major areas of social activity including women's rights, indigenous rights, environment, and labor. These organizations will be Consumer Power's principal partners, and their representatives on the advisory board will help determine campaign priorities.

Third, Alejandro has great experience, stature, and contacts in Mexico's citizen sector from his prominent roles at Greenpeace-Mexico. He was Greenpeace's Mexico director for two years and performed other key roles for seven years before he assumed the directorship. He established his name by leading a number of successful campaigns–the most famous of which pressured baby-food producer Gerber to acknowledge its use of genetically modified (GM) ingredients, remove the products that contained them from the market, and reintroduce GM-free products. Alejandro was also the Greenpeace leader who brought the organization through two major transformations, one laying the groundwork for Greenpeace-Mexico's self-sustainability, the other bringing the organization into the Internet age by establishing a Web presence with a click-and-donate function.

Consumer Power will strategically use volunteers and rely on two paid positions: a general manager and a technical assistant. Campaign design will leverage volunteers with expertise in marketing and communications. Alejandro also intends to hold design competitions for young people both to develop successful campaigns and to grow his volunteer base. The Consumer Power Web site will feature a space for supporters to donate online. Once the organization's model is consolidated, Alejandro will secure additional support from foundations. Alejandro plans to refuse funding from outside businesses under all circumstances to avoid any perception of conflict of interest.

An immediate and ongoing source of funding is a retail store for products created by Mexican artisans that Alejandro opened in 2000 in the northern coastal city of Mazatlán. Alejandro's experience dealing with artisan producers crystallized for him the need to connect consumers' decision-making with what goes into a product. In the store (called Viejo Mazatlán or "Old Mazatlán"), Alejandro labels items with details on where they came from, who made them, how they were made–in short, what "went into them." Now, the retail business will work with Consumer Power by defraying the organization's costs and providing it access to tourist-consumers from the United States, as well as to networks of small producers in Mexico.

Born in 1958, Alejandro comes from a family that played an important role in modern Mexican social and political history. Alejandro's uncle and godfather is Dr. Salvador Nava, the crusader for democracy who founded and gave the name to the navismo (Navism) movement. Starting in the 1950s, Navism was Mexico's principal nonpartisan effort to spur the citizenry. Alejandro's uncle and his father instilled in Alejandro the values associated with activism, honesty and pacifism.

Early on, Alejandro began to distinguish himself as a citizen sector leader. As a university student at the Metropolitan Autonomous University, Alejandro was active in restructuring the sociology department and creating seminars on social themes. Growing as a leader, Alejandro developed a special focus on environment and sustainable development. His two graduate degrees, one from the University of Barcelona in Spain and one from Colegio de México, have been in these fields. From 1988-1992, Alejandro created and produced more than 200 radio programs on environmental themes, as part of the weekly program, Planeta Tierra: La nave que habitamos ("Planet Earth: The Ship We Inhabit"). In 1993 Alejandro joined the international environmental organization Greenpeace, as a founding member of the Mexico office. The next nine years at Greenpeace–two of them as executive director–gave Alejandro profound professional development opportunities as well as widespread recognition and credibility in Mexican civil society. His experience at Greenpeace ranged from media relations, to lobbying Mexican and international legislators and government officials, to management of volunteers, staff and ultimately the whole organization.

In 2000 Alejandro left Mexico City and Greenpeace to move to his wife's home city of Mazatlán on the Gulf of California. There Alejandro has plunged himself into two initiatives. One has been to stimulate citizens in Mazatlán–a major city but one where the citizen sector has been slow to coalesce–into action through activities that revive and promote the city's historic center. The other, more formal venture has been to promote and sell artisan products created by small-scale producers throughout Mexico, many of them associated with "fair trade" networks. As Alejandro's Old Mazatlán shop is a profit-making distribution channel for quality Mexican products created and commercialized responsibly and fairly, Alejandro has been experiencing business at its best, albeit on a small scale. Merging this experience with his career as a leader of the citizen sector Alejandro is poised to tap the great potential of Mexican consumers to effect positive change on business and governance throughout the country.