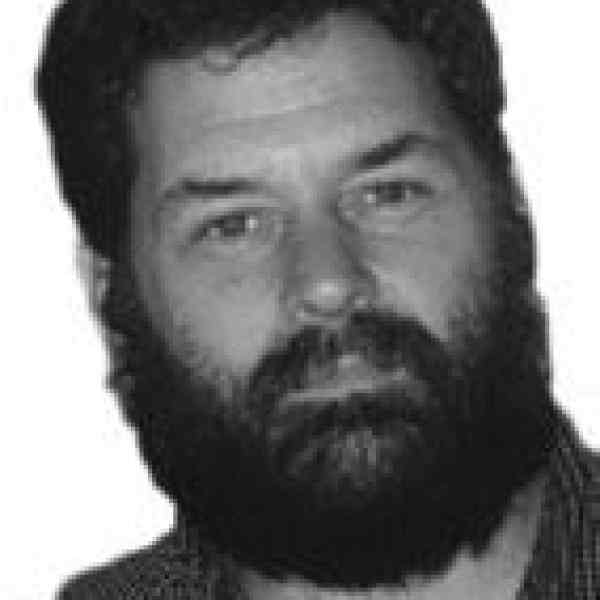 Share
United States
The Center for Growing and Becoming

Twenty years from now, the institutions that care for our society's frail and elderly will not exist in their current form. Dr. Bill Thomas is transforming long-term medical care from the current institution-oriented model into a more person-centered system. He has provided over 9,000 nursing home staff members with tools and strategies that help them create new habitats within existing facilities, and he has developed a network of 320 nursing homes in 50 states that incorporate his model. His success in rehabilitating existing facilities has provided the basis for major structural change within the long-term care industry. The next step in his vision of creating humanized care is the creation of community residences for older people that serve six to eight seniors each that will ultimately replace nursing homes.

Bill Thomas was working as the medical director of a nursing home in upstate New York when he realized that the very institutions designed to care for people and improve their health were actually making them sicker. Long-term care of the frail, chronically ill, and elderly is designed and operated as a business whose ultimate goal is to increase profits. The industry is driven necessarily to standardize care, comply with regulations, reduce accidents, and increase revenue, while decreasing the amount of personal space available to elders. The result has been large, sterile, hospitallike environments. Bill's vision moves the nursing home industry away from institutions and replaces them with small, community-based care environments that offer seniors a better quality of life and better clinical care.
Realizing that 1.6 million frail and elderly people are living in the current nursing home system, Bill is also working to create small "households" within large facilities. Bill and a network of regional coordinators teach the Eden Alternative, an approach to care that transforms large institutions into human habitats&#150;giving people a much better opportunity to get to know one another and changing the staffing structure to ensure that each elder receives individualized attention. Several independent studies have shown that care improves as a result of these organizational and environmental changes. Elders living in Eden Alternative facilities take fewer prescription drugs, have fewer infections, and live longer than patients at control facilities. In addition, staff turnover has dropped 26 percent, and staff absenteeism decreased 48 percent.
Using that success to propel his vision, Bill is currently implementing another project to move long-term care out of institutions and into the community. Bill projects that by 2010, most of the nursing homes built in the 1960s and 1970s will not be habitable, they will need to be replaced. Recognizing that the field is ripe for change, Bill is working with state and federal governments, insurance companies, architectural firms, and facility owners to eliminate the practice of institutionalizing elders in favor of small, neighborhood homes. Several nursing homes, including facilities in New York, Mississippi, Nebraska, and Michigan, are already working to build small "Green Houses" that will be open to elders in the coming year.

The concept of institutionalized long-term care is relatively new. Historically, family members care for their elders in their homes, allowing them to maintain their social circle and daily activities. The concept of care for the elderly changed dramatically in 1965 when the Social Security Act established both Medicare and Medicaid to provide healthcare for the poor and the elderly. Many in the medical industry recognized the opportunity to tap into federal funds by providing heath services for elders. Medicare and Medicaid were guaranteed sources of income, and in response, thousands of facilities were built imitating hospitals–maximizing profit by standardizing care. While Medicare and Medicaid did provide care for many who were unable to afford it, unfortunately, they created a system where the government, rather than the patient, was the customer.

Consequently, nursing home administrators concentrated on meeting government standards and often failed to accommodate individual needs. It was not until the late 1970s and early 1980s, in the wake of several lawsuits against nursing homes accused of abuse and neglect, that a federal reform bill (OBRA 87) established national standards for nursing facilities. These health and safety standards formed an important first step in ensuring the physical well-being of nursing home residents, but the law created two lasting problems. First, the government-mandated minimum health and care requirements were enforced by state inspectors, with strict fines for noncompliance, making the needs of the residents secondary to procedure and fostering the idea that compliance with regulations was the equivalent of quality. Second, government regulations became so specific and detailed that providers became fearful of embracing new ideas and strategies.

In response to growing dissatisfaction with nursing homes, the concept of "assisted-living" was introduced to the long-term care field. Assisted-living facilities focus more on customer satisfaction; residents have their own apartment in a building with shared dining facilities and opportunities for socializing. However, assisted-living communities are not covered by Medicare and are not affordable for most elders. And, while assisted living facilities are lightly regulated by the government, and therefore much more flexible, they are not equipped to offer medical services. As a result, many residents are forced to move to nursing homes when they can no longer care for themselves.

Currently, more than 1.6 million frail, older adults live in over 17,000 skilled nursing facilities in the United States. Fifty percent of Americans over the age of 65 will be admitted to a nursing home at some point in their lives. In 2030, almost 70 million Americans will be 65 years of age or older–8.5 million of whom will be 85 years or older. At current usage rates, the nursing home population would number approximately three million–double the number of existing residents.

Bill's two-pronged approach is designed to create major change within the long-term care industry. The first step is to target existing nursing homes, many of which are losing patients to assisted-living facilities and are in danger of going bankrupt. Nursing home executives are realizing that change is the only solution to staying in business, and they are actively seeking out Bill's method–the Eden Alternative–because it provides a proven set of tools and strategies that use the facility and resources already in place. The second step in Bill's strategy is to persuade Medicare and Medicaid, as well as industry executives, to replace existing nursing homes with small houses for six to eight residents called Green Houses. Recognizing that many of the large nursing homes built in the 1960s and 1970s will become unusable before long, and rather than accepting an ineffective system of care, Bill is creating an entirely new way in which elders are cared for and establishing a new benchmark for the industry.

To achieve national spread of the Eden Alternative and the Green House Project, Bill has devised a strategy that targets all of the players in the long-term care industry. The American Healthcare Association and the American Association of Homes and Services for the Aging have endorsed the Eden Alternative and offer Eden trainings and workshops at their annual conferences to maximize the number of nursing home administrators trained in the Eden Alternative each year. Bill also offers free training to government regulators in every state. His goal is to establish new Medicare and Medicaid standards of quality through the regulators without formally mandating the method, a step that would force regulations and kill the spirit of the idea.

Another important piece of his strategy involves public education. He is working with the media to educate the public about nursing home alternatives, which, in turn will pressure institutions to adopt a new philosophy of care. The final piece of his strategy involves reducing the cost of these new methods. He has partnered with insurance agencies to reduce the premiums for registered Eden homes and Green Houses. As a result of his work, the industry is changing. Bill has met with the head of Medicare to talk about strategies for partnering. On the state level, Michigan has actively embraced Eden ideas and become a national leader among states. Along with four other states, it has used government support to help ease the transition to these models. Green Houses are already operating in Mississippi, and there are 21 other organizations that are in the process of building their own Green Houses.

When you talk with Bill Thomas, there are two common threads that, woven together, define his personal and professional life: his belief in the importance of community in caring for one another, and his desire to humanize institutions. Bill was born and raised in the northernmost part of Appalachia in upstate New York. His parents rebuilt their house in a "holler" along Wappasinning Creek, surrounded by the houses of his relatives–grandparents, aunts, uncles, and cousins. His biggest challenge as a youth was that of low expectations; his community classified people according to their family's occupations and level of education. Bill came from a family of tradesmen and was therefore not expected to go to college. But, Bill, in his senior year of high school, decided to do just the opposite. He received a Regent's scholarship to the State University of New York at Cortland and immediately fell in love with the academic freedom of university life. While in college, Bill created a student-run system to collect and evaluate the performance of the professors. Students collected and evaluated data and published a handbook of class ratings at the end of the year to inform students about which classes were most beneficial. Bill also made waves in the housing department by protesting the lack of due process in the way students were assessed fees for damages in their dorm rooms. He negotiated a contract between the student body and the housing department to establish an appeals board that informed students of their right to protest unfair charges. The program still exists today.

After graduating from Harvard Medical School, Bill completed his residency in family medicine, while moonlighting as an ER resident to make extra money. He spent hours reading the logbook each hospital kept that noted the name of each patient, their length of stay, and diagnosis. Amazed that hospitals had not computerized the system, which would have allowed them to easily analyze the data and improve the ER's operations, Bill approached a large emergency room staffing company with a proposal to create this software himself. After signing a contract for $250,000, Bill bought several books on how to create computer programs and taught himself. The computer program–called Rumplestiltskin–is still used in hospitals all over the country. Shortly thereafter, Bill left the ER to accept a job as the medical director of a small nursing home. Realizing that the nursing homes actually made people sicker, Bill applied for and received a grant to change the nursing home environment and study its effect on patients.

In 1992 he hired Judith Meyers to serve as the program director, and soon thereafter they were married. Bill and Jude completed their study at the end of 1993 and together built the Eden Alternative. In 1994 Jude gave birth to the first of two daughters with severe disabilities. Bill and Jude were advised that their girls would not live beyond nine months and that they would be cared for best in an institution. Instead, Bill and Jude used everything they had learned in building Eden to care for their girls, creating an environment in their home that surrounds Haleigh and Hannah with a team of caregivers that not only administer the girls' medication and treatment but also stimulate their minds and bodies through loving interaction with their brothers, other children, and family pets. Bill and Jude both credit the lessons they have learned from creating a habitat for their daughters as integral to their work with elders.