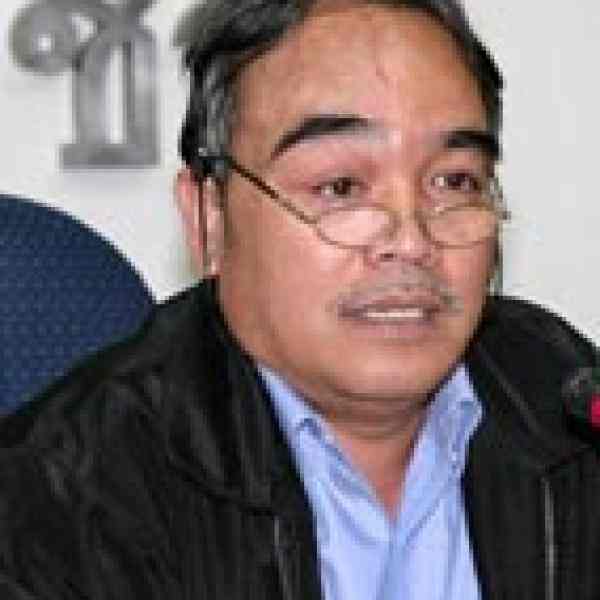 Phairoj Pholphet, a lawyer, is laying the essential groundwork for communities to participate more in the democratic process. While also benefiting from a decentralization policy through which Thailand's government will delegate more administrative control to local governments.

Thailand has a tradition of monarchy and strong centralized governments. It became a constitutional monarchy in 1932, and the intervening period has been marked by alternating periods of strong military governments and occasional experiments in democracy. Most of its people still live in rural areas that are administered by local administrative councils, called tambon councils, which are, in turn, under the authority of provincial governments. The Thai government has been frustrated by attempts at democratization on the provincial level, which have led to involving several very high profile corruption scandals, provincial officials. It has recently declared decentralization as a major priority, with plans to go directly to the tambon level. Thus hoping to instill democratic principles and practices at the grassroots, a level where citizens can in practice actually hold their governments accountable. Phairoj Pholphet is preparing the people of Thailand for the legal changes that will begin the transfer of increased amounts of decision-making power to localities. His goal is to create a better balance between local and central authorities, and to raise the level of confidence and responsibility for problem solving among rural dwellers.

By helping local people understand the law and learn how it can work for them, Phiroj is empowering and encouraging them to organize and form their own information networks. He is helping to prepare the Thais to participate in government as proactive and well-informed local leaders who will be able to have a voice in decisions being made about matters that affect their lives, such as their land, their children's education, sources of jobs, water, and electrical power.

Local administration in Thailand was introduced along with its constitution, but thus far it has not progressed very far. At present, most governmental and policy decisions are made and remain in secrecy at the very highest levels; public hearings do not exist. As a result, those people whose lives may be directly affected and altered by major projects cannot access information about them or form responses. There is also no mechanism for local citizens to hold government agencies accountable for their exercise of power.

Even though decentralization of political and economic power away from Bangkok to local authorities is the government's stated priority agenda item, none of the recent legislation passed or under consideration will have any effect until there are enough people at the local level who know what the laws actually mean and how to use them. There is a dearth of people with political expertise and leadership ability, and that void must be filled from the grassroots level for any real power to be transferred or for a "new order" to begin functioning. Only five percent of the national budget is allocated for local administration. The tradition of strong central control and political patronage tends to inhibit democratic local leadership and institutions from being formed.

Some skeptics argue that the move towards governmental decentralization is merely another ploy by vested interests for resources to continue to be controlled by corrupt parliamentarians in league with local business elites. The Thai elite has traditionally been a very small group of people who educate their children well and limit power to a small circle. Thailand's emerging informed middle class, which is largely confined to Bangkok, will undoubtedly change this. But the majority of Thailand's rural population has been left out of the rapid economic development, is mired in a cycle of debt and poverty, and is now extremely vulnerable to manipulation by sophisticated political and business interests. The educational level of the rural 60-70 percent of Thailand's people is low: most of them will have only completed primary and some secondary education, though this is improving with more and more students completing secondary studies. Traditionally, their survival and well-being has depended more on gaining protection through patronage than on demanding their rights and taking political responsibility. The Thai people's behavior is quite ingrained, with education and increased economic opportunity representing the key to change.

Out of the country's more than 800 tambons, Phairoj has identified 150 of the most developed that are ready to make the transition into true governing bodies. Phairoj looked for tambons that have already demonstrated leadership, have relationships with local organizations that can accomplish stated goals, and have been involved with these citizen groups in development activities.

The project provides relevant legal training to the leaders from the selected tambons. Phairoj presents a series of training seminars on the new decentralization laws and those under consideration. His long-range plan involves ongoing work first with the 150 tambons, while observing how an information network is forming and then to develop a strategy on how most efficiently to spread the program throughout the rest of the country. The rural majority has been the main recipient of the project's efforts because Thailand's urban population is more advantaged in terms of education and resources. His project also seeks out potential leaders among rural women.

Through his project and several others that come under the umbrella of the Association of Civil Rights and Liberty, Phairoj is helping to provide the skills necessary for greater democratization in Thailand. He says he is focusing on law because he believes that legal knowledge is the most direct way to empower people to take charge. Phairoj is also lobbying the government to make reforms that are relevant to the people's lives. This will work to reform Thailand's judicial as well as its administrative systems through the Association of Civil Rights and Liberty, an organization of which he is the manager.

Phairoj comes from a poor farming family and is well-acquainted with rural poverty and its many related social problems. As a young teenager, he was pressured into leaving school because of family financial problems, but opted instead to become a temple boy so he could continue his education. For several years, he lived at the temple, ate his morning and evening meals there, and attended a public school, going without lunch.

While at the university earning a degree in law, Phairoj became a political activist. He has always focused his career on labor rights and the rights of the rural poor.