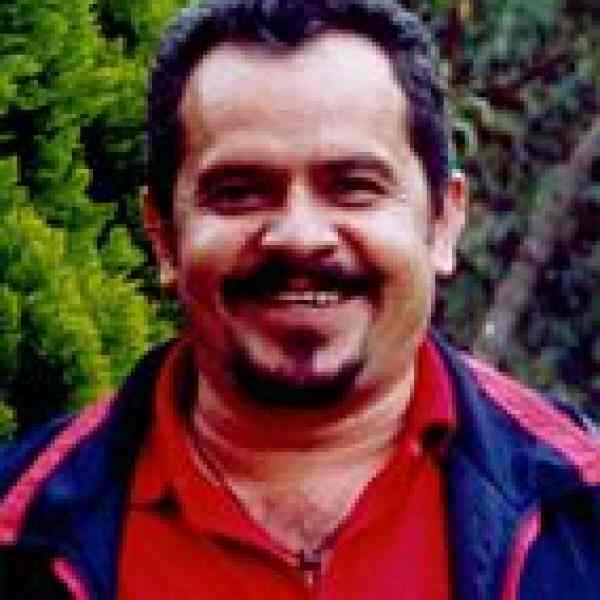 Joakín Mayorga shows Colombia's small towns how to develop local "sovereignty" as a way of dispelling corruption and violence and laying foundations for development.

In Mogotes, a town of 13,500 people dominated by corruption and whipsawed by guerrilla and paramilitary forces, Father Joakín Mayorga has been instrumental in developing "sovereignty" so that residents can stand up to these challenges and determine their community's future. "Sovereignty" means the freedom and capacity for towns to govern themselves peacefully, inclusively, transparently, autonomously, actively without the interference of armed groups or corrupt politicians. To transform Colombia's towns into "sovereign" communities, Joakín builds on towns' assets&#150;strong local pride and profound historical and cultural roots&#150;as well as the principle of local decision making enshrined in Article Three of Colombia's Constitution of 1991. Other attempts to strengthen local autonomy have not had such dramatic success, nor have they utilized the same set of strategic principles. Joakín created in Mogotes an eight-step process that culminates in the achievement of local sovereignty. Part of Joakín's strategy is to create a Popular Municipal Assembly that can analyze local needs and address them. The Assembly, an institution for ongoing local decision making, is a contribution to the peace process and to development generally. Leaders in the Mogotes transformation are becoming replicators in other municipalities. Additionally, Joakín is partnering with a broad-based peace campaign as a means to promote the model nationally.

Mogotes, the location of Joakín's pilot program, is beset by three converging problems that plague much of Colombia: poverty, corruption, and violence. The town reached a crisis point on December 11, 1997 when the Ejército de Liberación Nacional (ELN, the "National Liberation Army"), one of the two principal guerrilla groups in Colombia, forcefully took over the town, leaving two civilians and three police officers dead, the newly-installed mayor kidnapped, one person injured, and the 13,500 townspeople prisoners of fear and uncertainty. People in communities such as Mogotes face great obstacles to taking action on their own behalf. They move between violence and passivity, the two ways they know to deal with conflict. When communities are invaded and taken over by armed groups, for example, people either run away (becoming "displaced persons"), join the invading armed group, look for another armed group to fight off the invaders, or do nothing, paralyzed by fear. The process of taking action is also complicated by deep distrust of political parties and corrupt leaders. In Mogotes, for example, two families held all political power&#150;including exclusive control of the mayor's office&#150;for twenty-five years. Corruption was high. Meanwhile, 60 percent of the population remained in poverty. It was for these reasons that the ELN targeted Mogotes and kidnapped the mayor. The group saw itself as "liberating" Mogotes from oligarchy and corruption.Peace is Colombia's most acute challenge, but peace is tied to the broader problem of development. Most of that development will have to take place in the context of towns: Almost four-fifths of Colombia's municipalities have populations of fewer than 50,000 people. There is a constitutional foundation for bottom-up development based on the authority of towns. However, although Article Three of Colombia's 1991 Constitution provides for local decision making (representative through elected officials, or direct), most towns have not actualized it.

As a child, Joakín was recognized for being irreverent in his way of thinking and was always affected by human suffering caused by injustice and oppression. After initially reacting bitterly to such suffering, Joakín began to see these problems as a challenge that he needed to confront. In school, seminary, and his priests' union, he always put himself in the position of those who were unprotected, and he was often singled out and threatened for his rebellious behavior. While in seminary, he founded a Leadership School and a Commission for Justice and Peace. Each had its own bulletin, with circulation often clandestine because of controversial content. As a missionary in Afro-Colombian communities on the Pacific coast, Joakín succeeded in organizing committees and mobilizing leaders in defense of black culture and interests. He also lay groundwork for what became Article Fifty-Five of the 1991 Constitution, which put forth legislation with regard to the rights of Afro-Colombian communities.Serving as a priest in the town of La Granja, Joakín initiated a project called "Searching for Roads of Peace," through which he formed various pastoral, development, and peace organizations; trained leaders; and promoted education, a savings and credit cooperative, and the repair of roads, among other efforts. One terrible day in La Granja, an army shooting spree killed a boy. Joakín held a fast that he lifted only when the army assumed responsibility and publicly asked for forgiveness from the town. Years later, in Mogotes, Joakín again used a fast to foster peace and reconciliation. It was in October of 2000, after the ELN assassinated the former mayor of Mogotes for his and his family's continued efforts to thwart the reform process in the town. The mayor's family threatened to kill Joakín and four other local leaders. In order to prevent the collapse of two years of work at peace and sovereignty, Joakín once again held a fast, which he broke when both the ELN and the mayor's family agreed to respect the sovereignty-building process and refrain from violence.