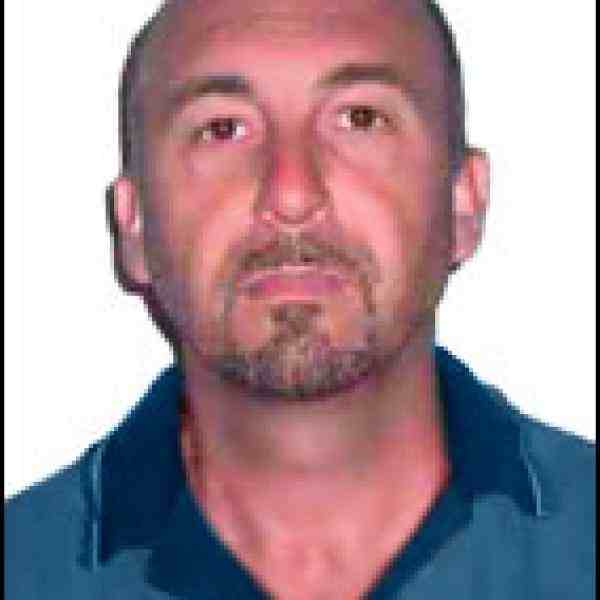 In rural Argentina, hundreds of small towns are slowly dying as factories close down and young people move away to the cities. Dario Funes found that to keep small towns alive, it was important that people make jobs for themselves rather than just hoping for factories to return. Working with rural schools, he is creating programs that train people to create community businesses using local natural resources, a solution that allows these small provincial communities to stay together and stem the tide of emigration.

Across Argentina, people are abandoning rural communities in droves to seek their fortunes in the cities. Villages are losing young people, who feel that living in the country has nothing to offer them. The isolation of country living, combined with a lack of economic choices, is only part of the reason that villagers are heading for the cities. More importantly, rural communities no longer believe that they can do anything to improve their lives without assistance from large industrial employers.
Instead of simply trying to lure back big business, Funes wants locals to start their own businesses. Using the local school, Funes trains people to harness the rich natural resources of their area to go to work for themselves. For example, the rural community of Camarones along the Patagonian coast was once a center for the cattle and wool industries. These businesses have long since pulled out, and the town has stagnated ever since. But Funes recently discovered that the local waters are perfectly suited for mussel farming. He set up vocational programs through the local school to teach young people the trade and business of mussel farming, giving them a viable local alternative to leaving for the cities. Through Funes’ program, locals learn that they don’t need to passively wait for outside employers to return; they have the power to create work for themselves. Beyond providing training, Funes’ school also acts as an incubator, providing technical and financial support to its graduates as they go into business for themselves.
With this simple model, Funes is building the framework for a social enterprise that spreads its benefit to the whole community: feeling that they are learning something of real practical value, young people reengage in school and become local entrepreneurs, teachers start thinking creatively about how to train entrepreneurs, and neighbors rediscover shared community values and their own capacity to collectively foster local development. Moreover, when local businesses prosper, it attracts the attention of the private sector and the government, both of which had long since given up on these remote areas.

All over Argentina, remote rural communities are slowly dying as the industries on which locals depend for jobs—mainly cattle and grain production—pack up and move out. Even though these towns are usually located in resource-rich areas, locals have no idea how to use these resources and so are often reduced to surviving on paltry government benefits as they wait in desperation for some new industry—and thus new jobs—to move in. These communities are often far away from paved highways and lack any sort of modern communication. Isolated from the rest of the country, their basic services infrastructure crumbles as the people wait. With no foreseeable future at home, young people are forced to migrate to the big cities. As more and more people leave, the small towns of Argentina are at risk of extinction.
After decades of relying on a single big factory to provide jobs or on meager state subsidies to survive, rural citizens feel helpless and apathetic. Many can no longer imagine any alternative to waiting other than deserting their homes for a life in the city, where work may be more plentiful. In this context, young people grow up in a culture of hopelessness that sees unemployment as the norm. Rural schools offer little help for serious students hoping for an alternative. Even though Argentina’s national education reform of 1993 authorizes schools to provide specific productive training courses in their secondary syllabi, very few offer anything beyond the traditional secondary school curriculum.

Funes realizes that people in rural Argentina cannot depend on either government help or the return of private business to revitalize the local economy. Instead, they must learn how to recognize local natural resources and put them to use for themselves. Funes works through local schools, one of the few existing social institutions for which rural Argentinians still have a great respect, to teach students about local business opportunities. In Funes’ program, schools teach more than just the traditional curriculum; they also provide technical vocational training and then serve as support systems for the newly graduated students as they begin their own businesses.
The key to the model is transforming ignored natural resources into profitable production activities around which to gather whole communities. In Camarones, this means encouraging entrepreneurs to develop mussel and shellfish farming. Other towns are rich in fruit or mineral soil, so school programs in those areas focus on dried fruit manufacturing and jewelry gem processing, respectively.
In Camarones, Funes designed the first sea species production educational project in the country and persuaded the Province Education Ministry to officially incorporate it into the school curriculum. Thus, students can learn sea farming techniques and also receive training in small and medium business finances and management. Some teachers even integrate this practical learning into the rest of the traditional syllabus. In language studies, for example, pupils analyze project reports; in math, they estimate mussel numbers. In the end, pupils learn everything they need to know to begin a viable local business of their own.
Once they graduate, students start their own production project with their families. At this stage the school acts as a project incubator, providing initial funding and technical and commercial advice, as well as necessary connections to government services and the business sector. When these young entrepreneurs are strong enough, they give back to the school by acting as mentors to the next generation of students.
Until now isolated production sales and state and business subsidies funded the project, but, by the end of 2004, the mussel production level will allow the model to become self-sustaining. Funes has already discovered that other sea species may have a larger income margin than mussel, and has partnered with an important seed breeding company located in San Antonio Oeste to develop this market. Moreover, he has helped to build a shellfish processing plant, allowing young entrepreneurs to added value to their products.
So far, Funes’ model has met with considerable success in revitalizing the rural population. School enrollment has increased considerably and the desertion rate has dropped correspondingly. As of now, 200 secondary school students have participated in the experiment. Out of the eleven students who graduated in 2003, three of them have already started up their own businesses, four are following aquiculture-related university studies, and one is working as specialized labor for a local company.
Even parents and neighbors who want to be trained in aquiculture and management of seafood farming initiatives can become involved without having to re-enroll in regular school, although Funes encourages participating adults to complete their formal education. He has also introduced farming activities into primary school curricula, in order to stimulate entrepreneurship skills in childhood, strengthen community bonds, and create a new culture of entrepreneurial attitude to replace the old feelings of helplessness and apathy that once characterized these communities.
The Camarones experience is already being replicated elsewhere. Funes is now advising schools in the Patagonic communities of Gadres and Sepaucal to build social enterprises based on dried fruit manufacture and gem production, and as word of his success spreads, other regions of Argentina are requesting his help. To replicate the Camarones success in other regions, he is training other school directors in monthly provincial directors meetings. To take the experience abroad, he is working with the International Youth Foundation to organize exchange programs with training centers in Mexico.

Funes grew up in Arizona, a rural community in the foothills of the Andes, the son of teachers and entrepreneurs. His father was town mayor, and through his father’s work Funes saw how training and work opportunities could change a community’s quality of life. At school, he studied physical education teaching, and then went to work in the school of Camarones. In 1989, Funes became headmaster and set to work hard to improve the school, bringing in and training new teachers and dramatically increasing school enrollment. He eventually took a position at the Province Ministry of Education, and was later appointed Physical Education Provincial Coordinator. Realizing that many provincial schools did not have enough teachers, he introduced the itinerant professor program to bring teachers to even the most distant, secluded schools. As coordinator, he also encouraged the recovery of the Mapuche language, and organized the First Mapuche Inter-school Games.
In 1999, he returned to Camarones. He saw graduates’ frustration when they could not find adequate jobs in their towns and were forced to leave their homes for the cities. As he saw young people leaving town, he began organizing activities to encourage community togetherness, including community orchards and a school club where children and adults could practice sports together. But Funes knew that he had to do something to address the underlying problem, the lack of jobs. He worked on designing the school education and production project, and prompted the Ministry of Education to approve the country’s first technical pedagogical program on aquiculture and organizations management. Together with other organizations, he is exploring the possibility of including Camarones as a tourist-educational area.