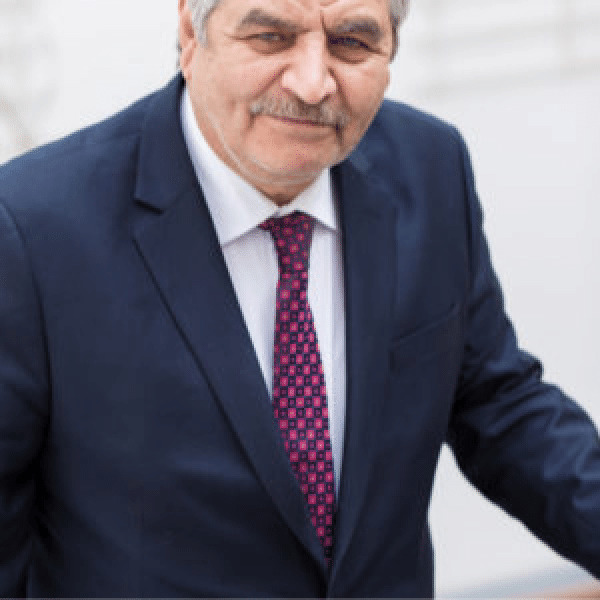 Share
Turkey
Ashoka commemorates and celebrates the life and work of this deceased Ashoka Fellow.

Nazmi and DATÜB (Doğu Anadolu Tarımsal Üreticiler ve Besiciler Birliği), are playing a leading role in bringing together farmers the umbrella of the organic agriculture movement in Turkey.​

In the Eastern Anatolia region where the population living in agriculture is concentrated, farmers can do agriculture by using the wrong methods because of being ignorant and unaware of organic agriculture, and these cause inefficiency of the lands and the impoverishment of the farmers.​

By organizing an organic cooperative network, Nazmi Ilıcalı is organizing financing to support small-scale farms and helping them through innovative product diversification to guarantee new markets and to help long-term sustainability. It also creates a consumer base for organic products and builds reliable accreditation systems for farm product certification.​

In 3 years such a short time, through gathering more than 3000 farmers from 12 cities under the same umbrella, Nazmi Ilıcalı and DATÜB which introduced organic farming and livestock to them, led farmers accessing to consumers more easily and expansion of the organic product range with projects as organic milk, organic farming zone, organic product processing and packaging within Turkey.​

To keep farmers producing for Turkish and now European consumers and stave off the rapid migration of rural Turks to already overcrowded cities like Istanbul, Nazmi is building a network of organic cooperatives that take advantage of economies of scale. Through the cooperatives, he is arranging financing to support small-scale farms, and helping farmers work through inventive product diversification that will secure new markets and aid long-term sustainability. He is also building a consumer base for organic products and building reliable accreditation systems for farm and product certification.

While economic gain is the main goal of the network, another important outcome is envisaged: farmers in rural areas are learning to cooperate, share information that strengthens the network, and mobilize in support of their industry. This village-level participation model yields gains in health, education, among others, and imbues farmers with a new sense of the importance of their work in feeding Turkey and contributing to national economic growth.

Turkey’s rural areas are home to one-third of the country’s 65 million people, a number that erodes with each passing year as small-scale farmers find it impossible to support their families off the land. Tens of thousands of villagers annually join extended families in Istanbul, Ankara, Ismir, and other urban centers, a migration that places excessive demands on municipalities to build homes, educate a newly urbanized workforce, and provide basic infrastructure upgrades in garbage collection, sewer systems, and so on. Istanbul now absorbs millions annually, a result of internal migration from rural areas.
Two main pressures fuel the migration: the phasing out of state support to farmers, and the phasing in of the European Union.

The likely absorption of Turkey into the European Union has meant that the agricultural sector must adapt quickly to align with EU demands. New regulations on organic food already apply to export products such as beef and honey, which are routinely rejected by EU inspectors because they do not meet member-country standards. While the framework for organic certification is in place, the adoption of the production methods required for certification poses a longer-term challenge, as farmers must abandon pesticides and fertilizers now disallowed by the EU. These new requirements will have beneficial results for the environment and for the health of consumers, of course, but they require a deft response on the part of farmers, who lose income in the short-term.
Climatic conditions in the eastern part of the country, where one-third of the people earn a living through farming and cattle breeding, make farming especially difficult. Parts of Anatolia experience long winters, allowing only one harvest per year as opposed to three or four in the western regions. The average annual income in the East is, at the very most, half that of the western region. Fuel costs to heat homes and barns during the long winters are an additional burden for villagers in the east.

As Nazmi, who has lived on a farm since childhood, observes, farmers in Turkey do not have a recent history of working well together to solve problems that impact them as a group. The mentality of dependency on the “state mother” further quells action at a village level. Farmers acting singly are stymied from achieving economies of scale that can be acheived by working together to design, produce, and market quality organically-grown products. Furthermore, the lack of a communication infrastructure, even a loose one, to facilitate information sharing has contributed to quiet acquiescence under worsening circumstances rather than inspired, spirited reform.

To revitalize small-scale farming, Nazmi adopts these main strategies: establish a network that allows small-scale farmers to work together to achieve higher incomes through more marketable products (and better marketing); introduce certification standards for organic meat, milk, cheese, and other products; arrange the supports and financing to allow small-scale farmers to keep farming; and raise consumers’ sensitivity to the merits of eating organic.

Nazmi began his effort in earnest in 2000 with a small group of farmers, whom he organized into an association to promote organic stockbreeding in the most challenged agricultural region of the country (eastern Anatolia). The group has grown its member base to 3,000, mainly farmers living in Anatolia. To ensure that members take their membership seriously and create a sustainable base for the cooperative, small membership fees apply. A 5 percent commission from the farmers flows into the cooperative, revenue stream that allows the cooperative to buy organic fertilizer for new members, thus lowering a barrier to entry for new members. Nazmi has set up the flow of money so that farmers who are making the transition to organic can inexpensively do so with a loan from the cooperative.

Organic certification is arranged through an Italian accreditation system, ECOTAR, and is recognized as organic by the Minister of Agriculture in Turkey and by those European Union buyers Nazmi and his group are especially keen to court. Nazmi draws into the effort academic supports as well: the Institute of Agricultural Research is a partner in the project, helping farmers set up a viable business of which they are the beneficiaries of profit from collective sales. Not only is accreditation important (in fact vital, given the advancement of EU requirements), but branding is also necessary. Therefore, members of the cooperative use the name “Daphan” (the name of a region), a brand identity they are promoting to mean quality organic.

While Nazmi started with stockbreeding, he is steering the cooperative’s members and its Board of Directors to identify new products and organize the farmers to produce them. Product diversification allows adaptability to regional differences as well: cheeses are a new product line, for example, and better suited for some areas of Anatolia. The dairy cooperative involves 72 villages, with member farmers totaling 396. The cooperative is now the largest producer of milk in the eastern part of Turkey.
Nazmi also works to develop the supports to the organic agriculture sector and a communication infrastructure (newsletters, etc.) that will allow farmers to share best practices and organize effectively. He helps members secure financing in the near term through state-run banks. For example, to halt the closing of a bank that offers subsidies in eastern Turkey, the association mobilized over 1,000 farmers to camp out for three days at the bank’s building. This nonviolent sit-in demonstration attracted attention from the media and kept the bank and other banks in the disadvantaged east open.
In partnership with media and television companies, Nazmi is helping to bring an understanding of the merits of organic production to the Turkish public, participating as a narrator on an instructional television series about farming.

Having begun to show results in Anatolia, Nazmi is now spreading his work to new geographic locations in Turkey and to new product lines. He aims to link the cooperatives in eastern Turkey in a national network that will raise organic production from a niche industry to a new standard nationally.

When Nazmi was a child growing up on a farm in eastern Turkey, having a family farm could and did sustain the family; farming was a viable livelihood, even in this harsh region of Turkey where snow cover is deep for nine months out of the year, making multiple annual harvests impossible.

Nazmi was the oldest of six children, all of whom went to university because his family prioritized education for each of the six children. His mother’s family was prominent in the region (her father was a folk poet), and so his family had land and farmed it. Nazmi was the only one among his siblings to stick with farming.

Nazmi was a literature teacher and high school principal, taking off his tie at five o’clock when he returned from the classroom to start farming. But throughout his teaching career, he began to notice the pressure building for small-scale farmers in Turkey.
Having been part of several standard cooperatives over the years, Nazmi discovered organic farming—both the technique and what he calls the “spirit” of production—in 1997, and began to string together the work that has grown into his main focus as a social entrepreneur.