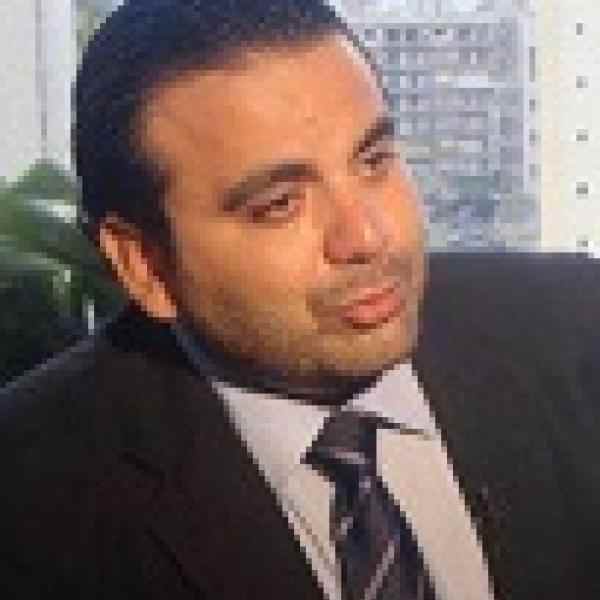 In societies with low or non-existing civic engagement, Elie is reversing the passivity of citizens. Starting with non-political issues in which people can hold the government responsible, he is creating a new culture which values engaged citizens and accountable governments in the Arab world.

In a society unfamiliar with voicing its rights or holding authorities accountable, Elie is creating a new culture for engaging citizens in the local decision making process and pressuring governments to be responsive and responsible. Recognizing road safety as an important need but also as a neutral issue, he is using it to initiate non-confrontational communication between citizens and the government, bringing both to an equal playing field in the Levant region.
Elie has created a platform that allows citizens to easily and quickly express their concerns in an informal yet professional manner. This communication is channeled to local governments and serves as catalyst for dialogue between citizens and the government. Instead of feeling disillusioned and disempowered by the government, Elie is creating an opportunity for citizens to be engaged and for the government to be seen as an ally. Starting in Lebanon, a region that has been plagued by government mistrust, his work brings both key players together for the first time. More than just voice their concerns, citizens feel that they are helping the government to understand the local concerns and thus feel involved in the decision making process, thereby changing the way the public confronts and resolves problems caused by government negligence.
With a clear three-step process of reporting concerns, generating awareness and collecting public opinion around those concerns, and then monitoring government response, rewarding municipalities that take quick action, Elie’s new idea has been easily spread throughout municipalities around Lebanon. He plans to replicate the methodology to other social issues such as street garbage and electricity and spread his work to other countries throughout the Levant region and the Arab world.

The Levant region and Lebanon in particular has scored 148th out of 148 countries in the ‘public trust in politicians’ category according to the World Economic Forum’s Global Competitiveness Report for 2013. The region is characterized by long years of dictatorship, when decisions were monopolized by the government with no response to citizens’ needs or complaints. This has in turn produced passive citizens who are not aware of their rights to express their grievances, and who feel disillusioned about the government’s decision making process. These issues of citizens’ concerns and government responsibility also apply when it comes to road safety and maintenance.

Road hazards are one of the top ten leading causes for death in the world. Previous efforts to alleviate road hazards in the Levant region involved citizens, passengers and drivers themselves to apply safety measures. However, there have been no endeavors in the Levant region to address the government’s equally shared responsibility to reduce vehicle accidents. The Middle East and North Africa ranks as the second highest region in the world for its road fatality rate, recording a disturbing 21.3 deaths per population of 100,000. Statistics for the Levant region in particular indicate high levels of traffic accidents and deaths, and dangerously hazardous roads. According to the World Health Organization's Road Safety Report, the mortality rate in road accidents per 100,000 persons in 2010 was 22.9 in Jordan, 22.3 in Lebanon, and 22.9 in Syria. The same report also mentions that in the Levant countries of Jordan, Palestine, and Lebanon road safety audits and inspections are rare or do not happen at all. In Lebanon, during the year 2010 over 10,000 car crashes took place with more than 500 fatalities and 8,000 injured and/or disabled.

The lack of focus on road management has hurt the Levant countries financially and socially in addition to impeding tourism. For the case of Lebanon, the direct medical cost of treating road traffic injuries is about 3.6 million U.S. dollars per year. The economic cost of road traffic accidents was estimated by international sources at 1.5% of the Gross National Product (GNP). Since road traffic injuries affect mainly males (73 percent of deaths) and those between 15 and 44 years old, this burden is creating enormous economic hardship due to the loss of family breadwinners. On the other hand, media coverage and reporting of road traffic accidents, injuries and mortality rates blames the issue on citizens’ behavior, such as speeding or driving while under the influence of drugs and/or alcohol, with little or no recognition of poor road maintenance and government responsibility.

There are laws in the Levant region, as in the rest of the world, which hold citizens accountable to the government when destroying or vandalizing public property. On the other hand, there are no clear laws in the Levant region for holding the government accountable for the harm citizens suffer as a result of vehicle accidents that have been caused by poor road conditions.

During his time as an ambulance driver with the Red Cross, Elie observed the lack of government accountability and equal lack of civic engagement. Experimenting with methods to break this passivity, he came up with a strategy to use the media as a lever for pressuring government officials to be more responsive. Elie wanted to show citizens that there are non-confrontational and effective ways to hold the government accountable. After considering other issues, such as electricity, Elie chose to focus on road safety, as an entry point to encourage government and citizens to work together.
Elie’s strategy is a three-part. First, he mobilizes citizens and crowdsourcing information on road hazards. Second, Elie conducts outreach to raise public awareness on the citizens’ role and pressuring the government to be responsive to their concerns. Third, Elie’s initiative tracks government response rates, while using media as a tool for rewarding or penalizing state municipalities, thus holding them more accountable. He is therefore changing the norms concerning the relationship between governments and citizens and implanting a new concept of criminalizing governments’ negligence and lack of accountability.
Through creating a simple, interactive online platform, Jouwar.com, Jouwar being the Arabic word for “pothole”, Elie is mobilizing community members and crowdsourcing information from citizens on road hazards and poor road maintenance in their neighborhoods. The website allows any user to report one of the road hazards they face, and find the relevant municipality to direct the complaint to. To ensure credibility of the reporting, users have to file their complaints supported by pictures and all reports are open for public voting so that other fellow citizens can petition and agree on the reported information, eventually leading to a critical mass of approval. Once a significant amount of awareness is generated around one pothole or one road hazard, the local municipality, wanting to maintain a good relationship with its constituents, takes responsibility of repairing the hazard.
In addition to simply filing complaints and reports, all information on road hazards feed into an “awareness map”, which citizens can use to locate different potholes and road hazards in order to avoid them while travelling around the country. In this way, Elie’s platform is strengthening citizens’ engagement, awareness of their rights to complain and communication with the government.
Currently, Elie is working with the Ministry of Interior, the direct supervisor of municipalities, and the Ministry of Public Works to institutionalize his reporting and monitoring online system in all municipalities across the country.
When Elie’s system is institutionalized and put into effect by all municipalities in the Levant region, the system will automatically track the duration it takes official employees to respond to citizens’ complaints, measure the municipalities’ engagement rates and actual impact on the ground.
For Elie, it is not enough to reach out to citizens and make the system easily accessible to both citizens and municipalities. Generating public awareness and advocacy for the cause through media outreach is equally integral to creating a habit of engagement from the citizens. With more than 150 media appearances through via television, radio stations, newspapers and blogs, Elie created a nationwide awareness on the issue of road hazards and citizens right to voice their concerns to policy makers.
One creative way in which Elie encourages a quicker response from municipalities is to have a monthly “Miss Jouwar” competition, calling attention to the pothole that is voted to be most hazardous in the country. Miss Jouwar is then advertised through the media. This creative, humor -based undertaking brings the issue to citizens’ attention in a light, appealing manner and has quickened the response from the state side on urgent road hazards.
Further, Elie is advocating for legislation which holds the government accountable for road maintenance. The law will entitle the government to compensate citizens for losses from road accidents. He has also created a guide for citizens who were harmed and willing to accuse the government of not carrying out its duties. In doing so, Elie is criminalizing negligence of roads by the government.
Over the past few years, Jouwar has received pro-bono services and finance from Elie’s own visual branding and web development company. However, Elie plans to implement several revenue generating approaches that can allow for Jouwar’s financial independency and sustainability, such as selling the online system to government municipalities for spotting and tracking road hazards. In addition, Elie is working to integrate the expanded reporting platform within the municipalities’ roads safety monitoring system and train all municipality officers on using it.
In 2014 Elie launching a mobile application linked to the online platform for easier accessibility and reporting from citizens and in the coming years will be expanding the reporting to areas beyond road safety under the name of betterlebanon.com. Other non-controversial areas that Elie has prioritized include garbage, graffiti, and electricity.

Having a natural entrepreneurial spirit, Elie started his first small business at the age of seven selling marble glass to his friends. He was elected several times as his class representative, speaking to his innate credibility and ability to earn others’ trust and respect. Elie was also an active scouts’ member for 15 years, and was promoted through the different levels, including the chief leader of the scouts’ troop. Having a love for the outdoors, Elie created an initiative in college in which he organized outdoor activities such as hiking, sailing, and climbing. Students paid a small fee to join some of the excursions and Elie used this money to support himself through college.
Elie received a degree in computer science from the Notre Dame University in Louaize (Lebanon) and started his own web, multimedia and graphic design agency, Creapix after graduating. While still a university student, Elie volunteered as a first aid rescuer for the Red Cross and continued to do so for several years after graduation. He quickly became promoted to a team leader and was responsible for training other first aid responders throughout all of Lebanon.
During his time as an ambulance driver, Elie witnessed many different types of accidents, which were often caused by careless driving. However, Elie noted that many were caused by poor road conditions—for example, a badly lit highway or an open manhole in the middle of the road. He recalls having at least ten accident reports per week, yet no one addressed this problem from the government or relevant municipalities.
When Elie experienced a personal road safety incident he decided to take action. Three of Elie’s friends were driving on a highway from the north of Lebanon when they faced three consecutive potholes. They were able to avoid the first and the second, however by the third pothole, the car drifted to the right of the road and hit two trees. All sustained serious injuries. One friend was even in a coma for four months. Infuriatingly, the police claimed compensation for destroying public property because of the damaged trees but no one did anything about the potholes. Having witnessed and experienced this, Elie called upon his entrepreneurial and professional experience to create Jouwar, with the vision of addressing the root causes of government negligence of citizens’ rights and driving public engagement in holding the government accountable.