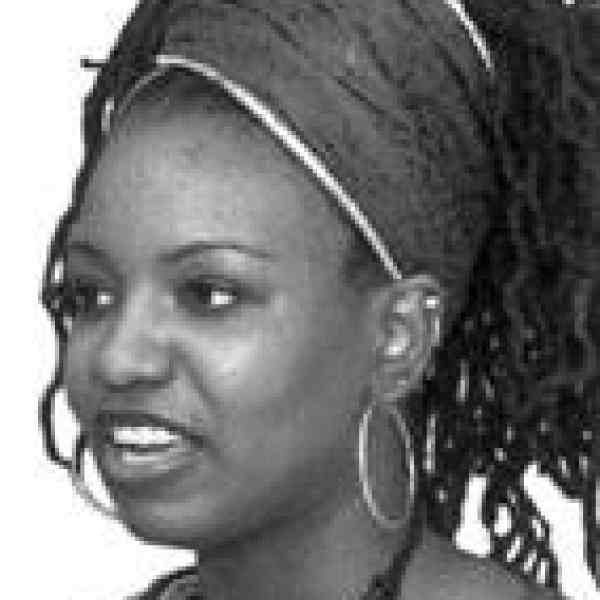 Through a unique offering of courses, camps, and follow-up programs, Angela Coleman offers African-American girls opportunities to think critically about themselves and thereby to make wise decisions about their future.

Angela recognizes that poor African-American girls growing up in cities face numerous choices about school, sex, drugs, and work&#150;all the things that will determine their personal, economic, and social futures. To help them make wise choices, Angela has designed programs that prepare these young women to reflect on their lives and to analyze their beliefs, problems, and potentials. She also helps them consider societal expectations of young American women in general&#150;expectations stemming primarily from the mass media. She helps girls create or revive positive self-images and nurture them as the most important guideposts to help them navigate through the difficulties they face. The centerpiece of Angela's idea is a curriculum for girls ages twelve to seventeen. She has also designed a shorter program for younger girls, an alumni association to provide ongoing support to graduates of other programs, and adult self-development classes that provide minority women with a forum to reflect critically on the forces affecting their lives. Angela is rapidly replicating her idea by licensing her curriculum, products, and programs to national organizations that also promote the well-being of African American females.

Many young minority girls experience poverty, racism, and sexism, all of which can create in them a sense of severely-constrained opportunities in life. These girls grow up under circumstances that often compromise their health, impair their sense of self-worth, limit their development potential, and generally restrict their chances for living independent and productive lives.According to a 1998 study by the Annie E. Casey Foundation, the United States has the highest teen pregnancy rate of any industrialized country. Although the overall rate of teen pregnancy has been declining since 1991, the rates have remained high for teens that are most vulnerable, such as younger unmarried teens of color. Although the term "self-esteem" has become controversial in some circles, there is a proven relationship between a girl's experiences and her feelings about herself. For example, in a national study of nearly thirteen thousand young women, those between the ages of fourteen and eighteen who engaged in unprotected sex and who had early pregnancies were also likely to report symptoms of depression, feelings of failure, and feelings of little control over life. Part of the problem is the mass media which, for instance, celebrates unhealthy thinness, correlating it with physical attractiveness and sexual appeal. A 1999 study indicated that one-third of central female characters in situation comedies on television were below average weight. The study also found that the thinner the characters were, the more positive comments they received from male characters on the shows. Another study of teens found that girls who frequently read women's fashion magazines were more likely to say that they have dieted to lose weight because of a magazine article, and that pictures in magazines make them want to lose weight.

To address these problems, Angela created Sisterhood Agenda, an organization that encourages African-American females of all ages to act in their own best interests. Sisterhood Agenda combines three approaches of traditional programs serving at-risk youth: 1) approaches that impart knowledge and influence attitudes, 2) approaches through which access to other social services is provided, and 3) approaches which aim to enhance life options. By integrating those tactics that she has identified as most effective for African American girls and women, she has created a curriculum for building and maintaining healthy self-concepts, for instilling cultural pride, and for teaching the life and social skills necessary for self-sufficiency–all the while, discouraging negative life choices.Through both academic and field research, Angela identified the four areas of human development most highly correlated with enhancing self-confidence and building the skills of critical thinking: self-knowledge, self-definition, health and fitness, and life-skills. Then she interwove them into her central program, Journey Toward Womanhood. Using the pedagogical approaches of African cultural traditions, including African rites of passage, the programs impart knowledge of cultural roots, community awareness, and personal identity through mentoring, peer influence, and community collaboration.The young women Angela works with throughout the year-long Journey Toward Womanhood curriculum are referred to her from throughout the community. Typically, she works with six groups of ten girls each, the girls ranging in age from twelve to seventeen. But Angela knows that self-esteem building programs require ongoing reinforcement and that young women face increasing pressure from peers and the media as they enter adolescence. Hence, Angela has created a continuum of programs, including Sister Camp, a summer enrichment program for girls ages eight to thirteen; Sisters in Action, a formal Journey Toward Womanhood alumnae group; Sisterhood Gatherings, adult self-development sessions; and workshops and presentations to educate the public. Sisterhood Agenda programs are mutually reinforcing. Methodologically, Angela returns to her four basic components–self-knowledge, self-definition, health and fitness, and life skills–in each. Further, graduates of her programs frequently opt to work in the Sister Camp and mentor younger girls in the program. By the time they go to college, young women in Angela's programs have developed a network of supports and social contacts that they will maintain as they leave their local community.Outside of direct curricular work, Sisterhood Agenda collaborates with local organizations to provide young women with a broad range of other development opportunities and support programs. In addition, Sisterhood Agenda provides scholarships for college-bound Agenda graduates. It is both this scope of resources and the set of innovative cultural activities in helping girls learn about and understand themselves and society that attract Angela's participants, parents, and educators.As Angela developed her program, she paid keen attention to creating ongoing evaluation mechanisms. Working in partnership with evaluators from University of North Carolina in Chapel Hill and Philliber Research Associates in New York, she has identified these results (as compared to a control group): Rates of sexual activity are significantly higher among nonparticipants (70 percent) than program participants (20 percent); less than one-fifth (15 percent) of the sexually active participants have become pregnant, compared to one-third of the sexually active nonparticipants; participants were significantly more likely than nonparticipants to show positive behaviors; and participants missed fewer days of school than nonparticipants.Early on, Angela envisioned expanding Sisterhood Agenda. To prepare for this expansion, she legally trademarked her logos and copyrighted her curriculum, thus allowing her to negotiate licensing agreements with interested local and national organizations. Her key challenge and focus in meeting her goal of national expansion has been maintaining program quality as the curriculum spreads beyond her direct management. Within six months, Angela plans to have three sites in operation and successfully complete three Sister Camp programs, two in North Carolina and one in New Jersey. Angela also plans to hire a sales manager to market the Sisterhood products that will help sustain the program financially. Her twelve-month goal is to have the two additional sites raising local funds to sustain themselves, graduate from her programs the projected number of girls, and assess national expansion strategies. Within a year and a half, Angela hopes to provide staff training for expansion, to develop contracts with established agency partners, and to identify new satellite office sites.

When Angela was ten years old, she and her mother moved from an environment in which people of color were a majority to one in which they were a minority. She knows, therefore, what life is like in both worlds. In school, she excelled in both academics and athletics. By the time she graduated from high school, she had been awarded multiple academic and sports scholarships. Contrary to the suggestion of a guidance counselor, Angela applied to top-tier colleges, and she was accepted at all institutions.At Princeton, Angela focused her studies on psychology and the examination of self-identity. She combined topics of self-actualization with African History and femininity. In the wider community, she became a peer counselor to young African American women. It was here that Angela realized that young disadvantaged women of color lacked critical thinking skills. Many were lost in the realm of television and videos. Angela recognized that to become engaged, young women required a similar stimulation to what they experienced when watching videos. She started to expose the young women with whom she worked to other stimuli. She chose, for example, novels, plays, and musicals that encourage a greater degree of self-reflection and examination of life choices than does the mass media.After college Angela worked at a community development organization in Washington, D.C. It was here that she realized the lack of coordination among service providers working on youth issues. On weekends, she experimented with ways to engage young people in critical thinking about contemporary issues, and found that young people were active participants when they discussed issues relevant to their lives and interests. Eventually, Angela relocated to Durham, North Carolina, to become the director of a community center. She recognized critical issues within management and board development that needed to be addressed and changed. While Angela attempted to heal the organization, the board decided to close the center to reassess its mission and programs. Angela learned important lessons about management and board development that would later shape the way she ran her own organization.Over the next couple of years Angela worked a nine-to-five job while concentrating on her outside interest of African-American females' development. In her spare time, she implemented and honed her weekend program for youth and developed a coordinated summer program. Once she gained significant community support, Angela left her day job, becoming the full-time Executive Director of Sister Agenda.Today, Angela's programs are recognized nationally in both television and print media. Sisterhood Agenda received the highest award in efficiency and excellence in organization management among nonprofits in North Carolina. As an individual, Angela has garnered numerous community awards for her commitment and excellence of service. To date, she has received three hundred fifty requests to replicate her program.