Ashoka and Skoll have a rich and longstanding relationship: Ashoka celebrates this recognition and investment for these social entrepreneurs 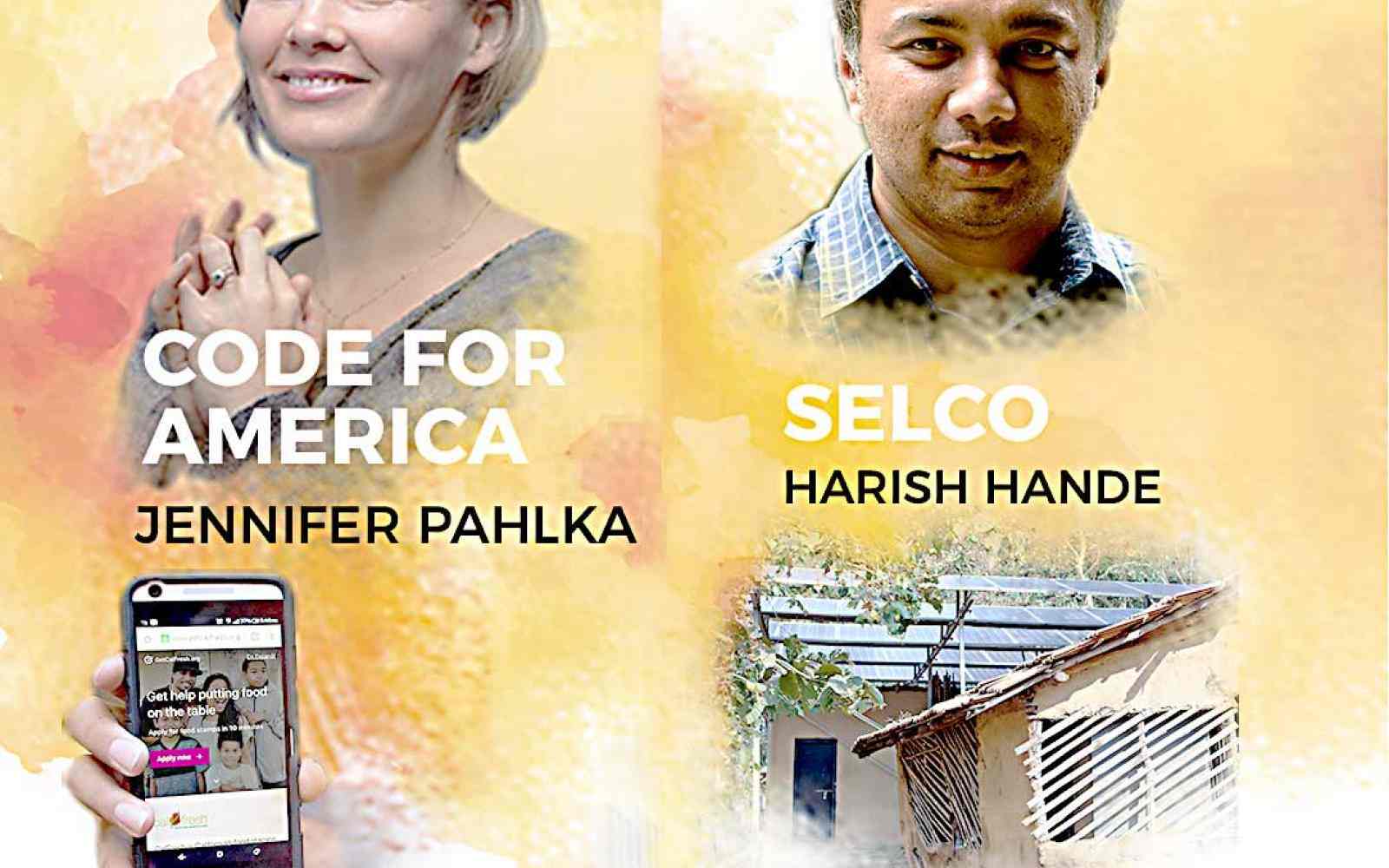 The Skoll Foundation, renowned for celebrating social entrepreneurship and innovation, has selected six groundbreaking innovators from across the world as winners of the prestigious Skoll Award for Social Entrepreneurship, and they include two Ashoka Fellows: Jennifer Pahlka, founder of Code for America, and Harish Hande, founder of SELCO.

Jennifer and Harish will accept the award at the Skoll World Forum in Oxford, UK on April 11th. Ashoka and Skoll have a rich and longstanding relationship, and Ashoka will once again enjoy a strong presence throughout the forum, participating in panels and hosting ecosystem events.

The Skoll Awards distinguish and celebrate transformative leaders whose organizations disrupt the status quo, drive sustainable large-scale change, and are poised to create even greater impact on the world. The objective of the awards is to help unleash the full global potential and reach of trailblazing social entrepreneurs.

“By tackling issues ranging from financial inclusion to clean energy to poverty alleviation, these pioneering leaders, together with their teams and partners, demonstrate the potential for lasting equilibrium change,” said Sally Osberg, president and CEO of the Skoll Foundation.

More about the two Ashoka Fellows who are 2018 Skoll Awardees:

Jennifer Pahlka, through her organisation Code for America, helps build and deploy open-source technology in partnership with governments to make their public services simple, effective, and easy to use for citizens.

Harish Hande established SELCO, which creates a holistic ecosystem that increases the accessibility, affordability, and sustainability of renewable energy for disadvantaged communities.