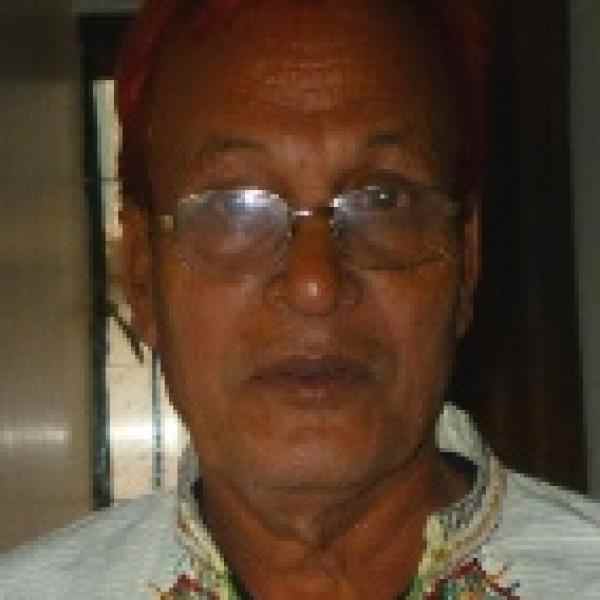 Moral Noor Mohammad works with farmers along Bangladesh’s southwestern coast to convert their waterlogged land, which no longer sustains a rice crop, into freshwater shrimp fry farms. In keeping their land and restoring lost income, the farmers are no longer forced to migrate to the city in search of menial jobs.

Moral is creating a role for coastal communities in the seafood export industry, one of Bangladesh’s major commercial sectors. His work is a step towards balancing the benefits of a lucrative industry with the human and environmental challenges it creates. While large scale shrimp farming generates wealth, its practices, especially the way it catches young shrimp, are an environmental disaster. Also disastrous have been the effects of large infrastructure programs, which have ended up destroying much coastal farmland. The result is that coastal farmers are sitting on land unsuitable for planting, surrounded by big, profitable businesses that are destroying the environment. They end up selling off their land at depressed prices and migrating to the city. By helping farmers convert their waterlogged land into small shrimp fry farms that supply the industry, he helps them keep their land, share the wealth, and reduce environmental degradation.

Moral is a master community organizer: he united small farmers in resisting outside businessmen, who had been using violence to seize local land. Working together, the farmers influenced local government to adopt a shrimp farming policy that protects local communities. Furthermore, Moral’s technical innovations, such as ways to shrimp fry mortality and low-priced fishmeal, are important solutions to be shared throughout South Asia.

Bangladesh’s coastal shrimp farming industry is globalization at its worst. On one hand, it is an important source of foreign exchange for the country; on the other, it displaces farmers, deprives communities of real economic gain, and destroys the environment. In the sixties, on the advice and funding of multilateral donor agencies, the government implemented the Coastal Embankment Project—an ambitious scheme to control flooding and increase agricultural production along the coastal belt of southwest Bangladesh. This involved the laying of 4000 kilometers of embankment with sluice gates to control the flow of water to and from the coast and adjoining wetland area.

The first decade of the CEP witnessed a boost in crop production. Over time, however, the effect of slowing the flow of rivers led to an increase in silt deposits, which in turn blocked up the sluice gates. As there was no way for the water to run into the Bay of Bengal, many parts along the coast became water-logged. This in turn led to a general loss of bio-diversity, with many species becoming extinct and agricultural yields dropping considerably. It also forced many rice farmers to either relocate or change their profession to shrimp farming.

Outside businessmen moved in and implemented large scale commercial shrimp farming operations, buying up small farms. They took over land holdings of poor farmers by force, intimidation and violence. The eighties in particular witnessed widespread violence over control of land. Farmers were subjected to false cases, physical harassment and even murder. Over the last decade, shrimp cultivated area has grown from 50,000 to 140,000 hectares with production increasing from 11,000 to 45,000 tons. The industry earnings stand at just over 9 percent of total government revenue. Though much of the cultivation is concentrated in the south-western region, home to over 30 million people, it is also an important income generating activity in other parts of the country. The fishing communities, however, have not sufficiently benefited from the boom and disturbingly farming practices are causing severe environmental degradation.

The present demand for shrimp fry stands at 5000 million. This demand is to a large extent driven by high mortality rates during cultivation. Around a quarter of the total requirement is met by hatcheries with the rest collected from natural water bodies. When the natural fry are caught, it results in 100 other species being killed in the process. Reducing mortality rates would therefore reduce the number of fry collected naturally, which in turn would lead to less number of species being destroyed.

Over the last twenty years the coastal belt has experienced a rapid depletion of snails due to its overuse as fish feed. This situation has reached an alarming situation with snails now being imported in from other districts. In terms of the environment this is a disaster as snails are an integral part of the food chain and are responsible for filtration of the water systems.

Moral’s first task was to build greater cohesion among the shrimp farming communities. He mobilized them to join a common platform, Bangladesh Land Owners and Farmers Association, and then attempted to initiate a dialogue with the outside businessmen. When this was unsuccessful he started organizing meetings and campaigns advocating for farmers to protect their property rights and implement shrimp farming programs on their own terms and conditions. In addition, the movement focused on garnering support from the local government body to protect the fishing communities against the exploitative practices of the commercial farming operations. Initially, the movement was met with force; the administration not only turned a blind eye, but in many instances took sides with the businessmen. The movement nevertheless continued with greater number of fishing families joining in. After a decade long struggle, the local government was finally pressured into adopting a shrimp farming policy ensuring the rightful dues of landowners.

During this period Moral witnessed the destruction of other species during collection of shrimp fry, and he saw the overuse of snails as feed. This prompted him to form an organization focusing on the environmental consequences of the industry. With thirty-two General Members drawn from the fishing communities, lawyers, doctors, and teachers, and an eleven member Executive Committee, RUSTIC was established in 1993 and presently has fourteen hundred fishing families as beneficiaries. The organization has received support from international donors and as Moral points out, “I did not go to them. They came to me when they read about my work in the newspapers.”

Without built-in economic incentives, it would be pointless to motivate the poor farmer to adopt environment friendly practices. Thus, Moral developed a solution for decreasing the high mortality rates of shrimp fry during cultivation. He observed that once the fry had reached a certain size they were not susceptible to attacks from other fish or insects. If the fry could be protected till they reached that stage then mortality rates would drop. This would lessen the need to collect large numbers, thereby reducing the unintended decimation of other species. In addition, production costs would be lowered leading to increased economic return for the farmer.

Moral developed a method for rearing shrimps in hapas—netted enclosures. They were protected from fish in the water and insect on the surface. Initial tests were carried out with freshwater shrimp and last year the technique was tested on brackish water shrimp. In both cases the results were very positive with mortality rates, which are normally 50 percent and above, being reduced to less than 10 percent.

RUSTIC has initiated a waste collection program in three wards of Khulna City where it disposes kitchen waste from five thousand households. Moral came to learn about practice of vermiculture–raising earthworms—as a way to produce fertilizer. He saw the potential to use worms as fishmeal and, through trial and error, has refined a simple and inexpensive method for breeding. Using only local materials, he developed six feet by four feet beds by pounding the earth surface, placing bricks or burnt earth (from old or unused earthen ovens), spreading a layer of sand, and a layer of earth. Next, he composted and spread household kitchen waste, released ten to fifteen earthworms, spread cow dung and another layer of earth. The bed is watered every other day and kept under the shade or covered. The production of earthworms from the beds was more than satisfactory. Moral then conducted comparison tests with normal fishmeal, and found the fish growth to be 15 to 20 percent higher from the worm feed. For the farmers it is an ideal solution as it provides them high protein fishmeal in their own backyard and, more importantly, takes pressure off the dwindling snails.

The next step was to disseminate the information to organizations and their farmer members. For this Moral initially took his techniques to his own beneficiaries and carried out field tests. He field-tested the hapa system with seventy households. After seeing success, many other farmers have replicated it on their own initiative. The vermiculture intervention has been field tested amongst forty-one households and is gradually expanding. Moral has built an eleven-member training team and, with assistance from CARE, provided training on the hapa system and vermiculture to sixty-seven and twenty-seven organizations, respectively. He is confident that as his methods become more popular his training team will eventually be able to charge organizations for their services.

Moral’s work has been featured in local and national papers and development newsletters. CARE has disseminated his ideas to other local and international partners. He is also working with the Bangladesh Agricultural Research Council. Moral intends to further highlight his work at different agricultural related fairs and radio agricultural programs for mass dissemination.

Moral was born into a modest farm family in the coastal district of Bagerhat. As a ninth grader, he organized his classmates to raise the channel embankments to protect the village crops from being destroyed when the channel waters would overflow.

After participating in the liberation movement of 1971, he returned to his job in the Jessore Jute Mill. There he mobilized the union to obtain workers’ rights to 15 percent increment overdue pay—an amount that was promised by the previous government and deposited in the banks for payment to the workers. He was jailed for his role in this movement. After spending twenty-nine months in jail, he finally had his day in court and all charges were dropped. He then returned to his village to work with the fishing communities.