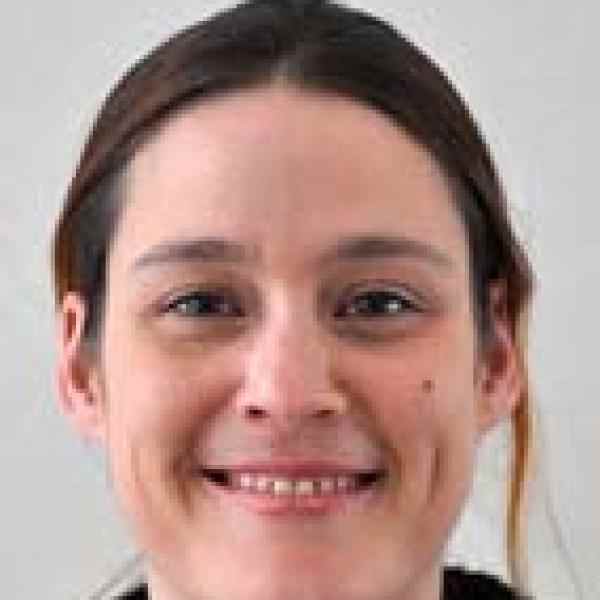 Nadia Duguay is giving prisoners the reflective tools to be active participants of society, contribute to decision-making and improve their lives and communities. Through her courses taught at prisons, Nadia uses simple language to teach applied philosophy in a way that is accessible. As a result, the prisoners realize that they can positively impact their lives and communities by changing their perceptions and taking action to participate in society. In addition, Nadia is taking a preventative approach to addressing other communities facing challenges, such as the homeless and youth at-risk of addiction or violent behavior.

Nadia is giving the most disadvantaged populations opportunities to build the confidence needed to move past their current circumstances. Through her program, Nadia teaches reflective thinking to prisoners, at-risk youth, and drug addicts. She is also giving classes to Aboriginal peoples who live on reserves, many of whom are affected by violence, addiction and lack of opportunities. With her main target audience being prisoners, Nadia’s methodology incites them to focus on understanding the world and others, using an empathetic, rather than egocentric approach. Through an accessible and participatory framework, Nadia supports individuals with life challenges to better reintegrate into society. They learn to use self-reflection to improve their lives, communities, and support their inclusion and civic involvement. Nadia’s courses are strongly centered on social issues, human solidarity, and how prisoners can take action to have a positive impact on others.

Contrary to other courses that focus on “fixing” problems, Nadia’s approach is preventive. For example, instead of only talking about violence with the prisoners, she encourages them to better understand the mechanisms of their behavior, including violence, as she supports them to understand the various issues affecting them and their environments. Through these critical thinking courses, she introduces topics and themes that are traditionally inaccessible to those without a higher education and the prisoners’ feelings of failure or claim of ignorance. This shifts their focus from inner issues to the outer world. Nadia also includes tools for project management and social commitment in her courses so that prisoners may turn reflection into action. Nadia is replicating her methodology with other disadvantaged populations. To ensure her course is accessible to semi-literate individuals, she uses primarily oral and visual materials to facilitate her course.

In 2009 there were 177 provincial and 57 federal prisons in Canada, with 37,000 incarcerated adults. Most of the adults in custody were young and had low levels of education. People often end up in jail as a result of their inability to master the tools that will help them make sense of society, its rules and laws. There are however, other populations, such as the homeless, who struggle to understand or accept mainstream systems. In the city of Montreal, more than 30,000 people are considered homeless; among them many youth at-risk and struggling with addictions. These marginalized populations have experienced real difficulties in integrating into society, in influencing its course and becoming full citizens. They perceive an insurmountable distance between themselves, the various systems (e.g. the media, education, and politics) that operate around them and society at-large.

The prerequisites for civic participation are comprehension of social issues and awareness of each person’s capacity for individual and collective action. Although information and knowledge have become readily accessible through the Internet and other media, it is not always obvious to marginalized populations where to look for information that will “speak” to them in a way that is both accessible and relevant. In addition, prisoners’ access to information is generally limited and controlled, and at-risk youth are often so disconnected from society that they do not seek such information. Some may respond with passivity, disempowerment, disorientation or even victimization. In all cases, society evolves without taking into account the voices of those who are marginalized. The perception of distance between systems and citizens creates actual distance. Consequences quickly become causes, and prisoners are caught in a vicious cycle. Marginalization engenders social and economic insecurity, and vice-versa.

From early childhood, Nadia wanted to help people. In 1999 Nadia’s life was halted from personal loss. It was through reading philosophy that Nadia built the understanding, courage and resilience she needed to rebuild her life. She saw that it was possible to turn her life around by changing the way she thought about herself and her life—she was a living example of that. Through this experience, Nadia decided to dedicate her life to giving other disadvantaged people the same hope.

Nadia discovered that some of the most needy and neglected populations are prisoners. In 2006 she began her first pilot classes, which were based on the conviction that better cognition of the world and its mechanisms may transform prisoners from being egocentric (e.g. thinking about their own pains or holding a grudge against the world) to outwardly focused on other people and the world. Nadia’s pilot project included courses that inspired prisoners to better understand their environments, and encouraged their awareness to become agents of change. In terms of content, the courses mix the study of people in society and their environments through philosophy, sociology and the study of reflexive tools to help them make their own choices, with a strong focus on the principles of solidarity. For example, not only does Nadia teach the various steps of a reflexive approach—which involves a process of action-reflection-action—but she also raises awareness of local and international social issues and solutions through examples of poor, low literate citizens who have led innovative projects to solve social problems around the world. Thus, prisoners are invited to open up and change their focus from their current situation to the world at-large. The objectives of the courses include social rehabilitation, increasing self-esteem through heightened self-awareness and skill-development, becoming more curious, and reducing the negative feeling of failure.

Initially, the prisoners choose to participate in 3-month to 3-year courses on a voluntary basis. Nadia was allowed to wander the prisons and promote her courses directly to the prisoners. She also uses language that is accessible to those semi-literate. The whole course is taught orally and through drawings. To facilitate the classes, Nadia uses popular education and open pedagogy methods, which puts everyone on the same level and allows them to recognize that there are many truths. She is guided by the principle that everyone already has the tools to change society and she and her team work to reveal them. Nadia acts as a mediator, as opposed to a teacher, which also contributes to the efficacy of the course and participants’ motivation. Prisoners and guards (when they participate in class) work as partners or teams.

The participants may also work on solidarity projects to apply the reflexive teachings and acquire skills to help them realize their potential. For example during a class in a Quebec jail, prisoners began complaining about their life conditions and the fact that the furniture was old. Nadia encouraged them to let go of their victim attitudes and take action to improve their conditions. Through Nadia’s course design, the prisoners decided to write a letter to the jail director, prepare an action plan and manage a project to improve the furniture themselves. Nadia’s organization, Exeko, also collaborates with a magazine focused on social issues, which publishes articles written by prisoners about their social commitment. During the classes, Nadia also directs prisoners to resources outside the prison (e.g. which they often don’t know about) such as community centers and libraries and open talks at museums. Nadia is opening their minds to culture, and developing their curiosity, which they can practice in jail and once they are released.

Nadia and her team offer the full program in transitional prisons for men, which have the highest populations. There are two major possibilities for prisoners in transitional prisons: Either they are paroled or they are transferred to federal prisons. She has worked with over 600 prisoners in Quebec in five years. As of now, due to security reasons, it is challenging for Nadia to be in contact with prisoners after the course is over, since she is not permitted to do any follow-up. Prisoners are not allowed to contact her either, but some still try, once they are released, or have been transferred to another jail. Since it is illegal for Nadia to contact them she has developed a strategy to circumvent the ban. Nadia and Exeko have built a partnership with organizations, which deliver many of the obligatory trainings that prisoners need to be paroled and are an official member of the ASRSQ. (In Quebec, a prisoner may ask to be paroled under conditions. One such condition is that he takes classes from a list of potential courses. Nadia’s critical-thinking course is included in this province-wide list.) This way, prisoners’ requesting parole can continue to attend the courses while they’re on parole and also when they are released. Nadia is working on promoting the course with federal prisons and parole officers to explain the benefits of choosing the course. One of the advantages for paroled prisoners is that they can receive credit to pursue their high school diploma. Eighty percent of the prisoners who completed Nadia’s critical-thinking courses in jail received high school credit.

In 2010, witnessing the success of the pilot project, Nadia planned the spread of her program to other target groups, such as at-risk youth, the homeless, and squatters. To reach these groups, she established partnerships with organizations that already work with them, such as libraries and help centers. Nadia is building a program to reach out from those agencies to her target groups. She is contacting social service agencies via national and provincial conferences and intensifying communication efforts either from a distance, through marketing, or through local community organizations. Nadia is also recruiting and training mediators in the targeted geographies. She has started to work on an education strategy guide to train mediators and plans to expand to other jails. Nadia has also begun to expand to other populations, such as First Nations, Metis, and Inuit communities. Nadia began a new partnership with the Association of Libraries of Montreal to give critical-thinking classes to at-risk youth for violent behavior and addiction who live in the communities near the libraries. Nadia is seeking support to measure the effectiveness of this new aspect of her work.

Nadia is the daughter of two fishermen and grew up in a small town of 150 people in Gaspésie, Quebec. Growing up, she often heard that societal conditions could not be changed and that she could not do anything about it. But Nadia always had an urge to make a difference and her parents led her to do so. Nadia soon came to understand that only comprehension of society as a whole could lead citizens to influence who they are and who they want to be. Although she now thinks she was a bit naïve at the time, she was driven by a desire to help others to understand this.

Nadia developed a passion for books and her personal library grew from a dictionary dating from 1989 and a Bescherelle to various treatises of philosophy, art, sociology, and psychology. These words and theories have become her personal weapons. She realized that no matter what her personal journey and background was she had control to change her life. It was time to give back to those who, like her, could benefit from these new tools in order to feel alive, and in turn, take part in the development of a more just society.

In 2006 Nadia began teaching her program in prisons, and a year and a half later, her and her partner, François-Xavier, co-founded Exeko.