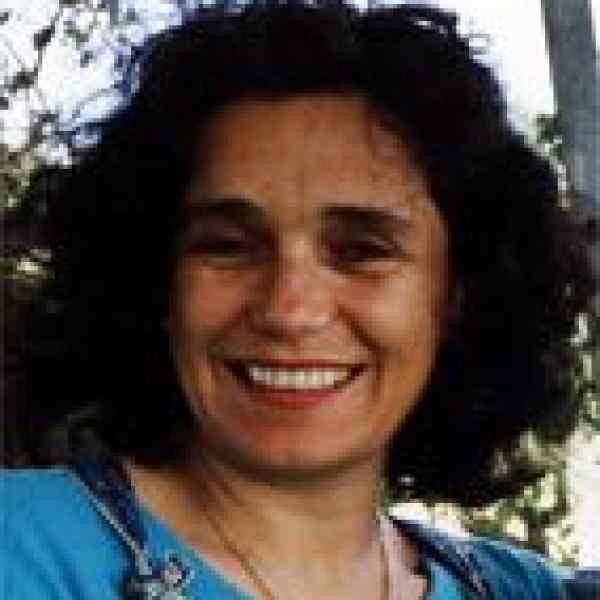 Mora Podestá is aiding Uruguay's street children and helping keep at-risk children from leaving home. Her work is strengthening society's awareness of street children's problems and building a sense of responsibility at the community and individual levels.

Mora Podestá is educating middle-class Uruguay to the problem of street children in an effective program that mobilizes adult volunteers as mentors to and advocates for the street children. Mora's efforts also enlist the children themselves in helping change the public's perception of street children. She helps people understand why the kids are on the street, and she promotes public murals, dance and handicraft sales to show that these children have something positive to contribute to society.Mora's key insight is that street children instill fear and denial in the middle-class public, and she has developed several mechanisms that transform this fear into purposeful concern. In so doing, she is beginning to address the larger problem of the deepening rift in Uruguayan society between rich and poor.

The number of children living in the streets of Montevideo has increased dramatically since the 1980s. While not at neighboring Brazil's crisis level, the problem is growing. Most Uruguayan street children are not orphans, but children who have left their families for a variety of economic and social reasons. Surveys indicate that they tend to come from the poor neighborhoods on the outskirts of the city&#150;85 percent&#150;but they hang out in the streets of the more prosperous city center. A 1990 study of children living in Montevideo's city center found that most cited economic&#150;"I need to make money"&#150; and social&#150; "my neighborhood's boring"&#150;reasons for living on the streets. Seventy-five percent are boys and 55 percent are under twelve years old.Children arriving in the center of town find independence and stimulation, but also encounter hostility and fear. There are no parks or community centers; governmental efforts are bureaucratic and ineffective. Many nongovernmental organizations lack effective methodology and coordination, which prevents them from making a real difference. To survive and make money, street children turn to begging, petty theft or working in the drug trade. They are often taken in by adults who exploit them in theft rings, prostitution or the drug trade.A recent survey indicated Uruguayans consider the problem "very serious." Society's response has been more confusion than concern, however. This is a new phenomenon that graphically illustrates the growing divide between haves and have-nots in Uruguay&#150;a qualitatively new kind of social dislocation that middle-class, center-city Uruguay wishes would go away.But it will not go away. It will get worse until society accepts responsibility for finding real solutions. Street children are fleeing from fractured families usually in dire poverty. Until society overcomes its fear of the problem and sees street children for who they are, the problem will worsen.

Mora has developed a four-part strategy to address the problem of street children. First, she has invented a way to sensitize and involve middle class Uruguayans by getting them to observe, understand and assist street children. Second, she humanizes and valorizes the street children by exposing society to good things that the street children can produce, such as fine art, crafts and drama. Third, she uses various media to educate the public broadly about the problem and its solution. Fourth, she networks extensively with other organizations prepared to address the problem.Mora's "street mentor network" is perhaps her most innovative invention. She identifies adults who frequently come into contact with street children because of their daily routines&#150;shop owners, street vendors, mail carriers, delivery persons or waiters. She trains them and helps them to develop supportive and mentoring relationships with identified street children. Mora teaches her mentors how to help the street children and familiarizes them with the resources available. For instance, she distributes a directory of nongovernmental organizations offering services to street children. The "street mentor network" also has an important role to play in educating the general public about the reality of street children as opposed to the uniformed prevailing public fear and hostility. Mora also hopes that her mentors can develop a strong public image that will further encourage community and individual involvement.Mora has, through her organization Kids United, established workshops through which street children produce art, plays and handicrafts. Through this work, the children build self-esteem skills and may find a vocation. By exposing the fruits of their work to society, the community comes to see that street children can and want to contribute.Mora's public education efforts include distributing print (brochures, stickers, magazines and other publications) and audio-visual (tapes and videos) materials. She frequently appears on television and radio. Kids United also sponsors seminars, workshops and activities to train educators, support group decision-making and promote development of a coherent and effective strategy among nongovernmental and governmental teams. Mora is also spreading her effort to the areas surrounding Montevideo, coordinating and integrating the efforts of other organizations working with children, and to rural Uruguay, to prevent children from leaving their home communities. She is reaching out to other Latin American nongovernmental groups and participating in international initiatives, including programs sponsored by UNICEF and the Inter-American Foundation.Kids United, which she established in 1992, provides the institutional framework for Mora's efforts. It is supported by local companies, government agencies and nongovernmental organizations, as well as by the sale of street child-produced handicrafts.

Mora, now in her mid-thirties, combines her interest in dance and physical expression with her passion and professional interest in working with young people. Her church's youth group set her on the community service path; later, Mora set up a dance company that performed free of charge at human rights events and gave dance lessons to adolescents in Montevideo's inner city. "My first job as a teacher, in a very poor section of town, forced me to seek ways that transcended the formal curriculum demanded by the school to link me with the children," says Mora. She used dance as a teaching tool to develop higher levels of confidence in the children. Seeing also that many children came to school unfed, she called in mothers to help prepare meals for the children at school, and then used cooking, foods and parents in her teaching. Mora's professional formation began with a university degree in educational sciences. Her activities include numerous appearances at workshops, conferences, and seminars, as well as academic publications and work on studies related to children, especially street children and children at risk. Particularly important, says Mora, was a fellowship to study institutional coordination, budgeting and fundraising dynamics in Madrid that "opened my eyes to the possible ways to expand my experiences to wider fields." In 1995, the Uruguayan government implicitly recognized her leadership when it appointed Mora to a committee charged with drafting a new law on children's rights that would replace the current 1934 law with one in line with the International Convention on the Rights of the Child.