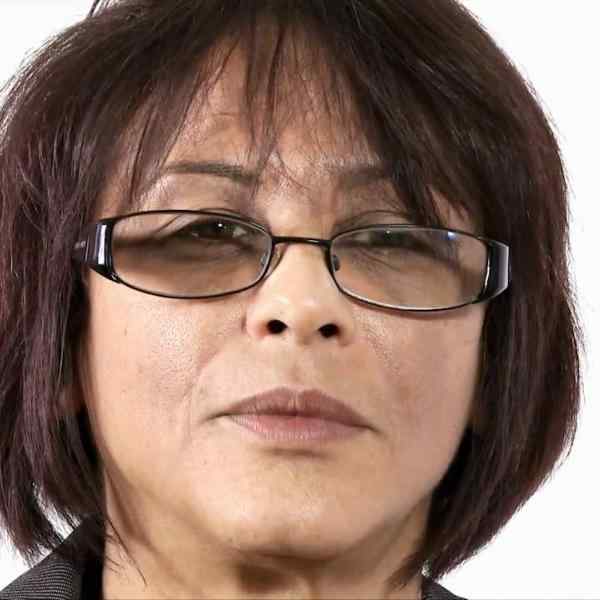 Annys Darkwa has identified that stable, quality housing is a key linchpin in the cycle of re-offending, and she is solving this public sector problem with a private sector solution.

Annys Darkwa’s key insight is that if you leave prison with nowhere to go on your first day, you are likely to reoffend. She believes that prisoners need to be housed on the day of release in high quality accommodation where they can stay for at least six months. Only by gaining this basic stability can ex-offenders see the possibility of change in their own lives. Faced with the threat of homelessness, many ex-offenders fail to make it to first base.

Annys has identified a huge untapped resource for ex-offenders by building bridges with the private rental sector. A counterintuitive solution for both parties, she is demonstrating that is it not only possible to engage private landlords in providing accommodation to ex-offenders, but it is an attractive business opportunity for them. Annys’ organisation Vision Housing has an extensive network of private landlords who they can access at short notice to house people who are referred to them from a variety of sources. What’s more, the fact these landlords have properties across London means that Vision Housing clients can be moved away from their offending area, central to their having a fresh start. As well as helping ex-offenders to find suitable accommodation, Vision Housing has developed a system for cutting through the bureaucracy prisoners face to give them access to the relevant financial support on the first day. This support plays a critical role in enabling ex-offenders to access the private rental market, as landlords have the security of a deposit and a month’s rent in advance. Working with Vision Housing also provides private landlords with access to a reliable flow of tenants to fill their properties. By building economic links between these two groups, Vision Housing provides a basis of stability, which can then help all other support services kick in.

To ensure the success of tenancies, Vision Housing also acts as a tailored support and signposting service for prisoners to access the many other things they will need, from addiction support to anger management to debt advice. Vision Housing works closely with many other third sector organisations to provide the tailored assistance ex-offenders need, for as long as they need it. Landlords also have the added security that their tenants are being supported by Vision Housing in all the issues that they face. This support enables 85% of Vision Housing’s tenants to maintain their tenancies for the full duration of their lease. By bringing together these two groups, Annys is demonstrating that the support of people coming out of prisons does not purely need to be a state burden, and that given the right circumstances many ex-offenders are willing and able turn their lives around. The re-offending rate for Vision Housing clients is c. 10-15%, compared to a national rate of over 55%. She has identified a key leverage point in the vicious circle of re-offending, and developed a scalable intervention that is changing the landscape of reintegration for ex-offenders.

The problem for many people coming out of prison is not a lack of services. There are a large number of citizen sector organisations and state-run support services, and many are successful given the right circumstances. However a critical success factor for any of these other services is the ability of key workers to stabilise their clients in a secure environment – working with a homeless person complicates the job of any other agency significantly. This critical basic need is the centre of a nationwide bottleneck, where demand for housing far outstrips supply and ex-offenders are considered lowest priority.

People coming out of prison have few choices about where they are going to stay. 12,000 people every year are released from prison to no-fixed address, meaning that the prison authorities – and the prisoner – have no idea where they will spend the night. Many ex-offenders will stay with friends and family, often going immediately back to the people and environment which were the context of their offending. Many prisoners will try and access local authority housing, but given long waiting lists and the low priority status given to people coming out of prison, this is very rarely successful. There are a host of citizen sector organisations providing hostel or bed and breakfast accommodation for people newly released. However this only delays the problem for a night or two, as the accommodation is temporary. Many ex-offenders find short-term solutions, but not those which give them the longer-term stability they need to make a permanent change.

Most ex-offenders would not even consider the private rental sector. This is partly due to the high up-front costs involved, with a deposit and a month’s rent to pay in advance. In addition, tackling the paperwork involved requires a degree of familiarity and confidence that most people leaving prison will not have. Without some form of security, landlords are mistrustful of ex-offenders, and ex-offenders are unlikely to consider private rental an option within their reach. While this situation continues, the largest pool of stable accommodation remains out of reach to ex-offenders.

Annys’s ultimate vision is to break the cycle of re-offending, by ensuring that prisoners have access to appropriate long-term accommodation on the day of their release. She plans to achieve this by growing the number of clients that Vision Housing can house directly, as well as advocating for key legislative changes.

Vision Housing has developed a two-fold approach to building the relationships needed to find suitable housing for people leaving prison. The first part of this strategy focuses on growing the number of paid referrals they receive from partner organisations, including offender support organisations, local borough councils, prison resettlement services, and the London Probation Service. The second part of this strategy is to build up the network of private landlords, demonstrating the benefits to them of housing ex-offenders. To achieve this Annys has developed a volunteer scheme, which brings current prisoners out of custody on day release to speak to new landlords and convince them to rent their properties to ex-offenders. This has been extremely successful so far with Vision Housing supplying a steady stream of clients to these landlords, while at the same time connecting their clients to their critical support sources. The current size of the network of landlords means that Vision Housing is the only organisation in the UK that can turn around a referral within a day. To date they have housed approximately 700 people, and their re-offending rate is c.10-15%, compared to a national rate of over 55%.

The other major area where Vision Housing supports individuals is in manoeuvring the complex benefits system. Normally benefits take six weeks to begin, in which time the ex-offender must fend for themselves. Vision Housing has developed the relationships and protocols to access a crisis loan and housing support fund within 24 hours for every client they work with, so that a month’s rent can be paid on the day of a prisoner’s release without drawing on charity donations. While helping people to access this inefficient state support system in the short-term, Vision Housing is also working with government agencies to improve the system. For example, Vision Housing have been working with the Department of Work and Pensions to streamline the application process for a crisis loan, so that the loan can be accessed more easily in the situations when it is most needed. By continuing to work as an adviser to government departments, Vision Housing is improving the service that all ex-offenders can access on leaving prison.

In order to scale up the number of clients that Vision Housing are paid to house, the organisation needs to win large contracts with the Ministry of Justice and the National Offender Management Service. To achieve this Vision Housing recently commissioned an independent evaluation of their work, in partnership with Manchester Metropolitan University and the Metropolitan Police. The outcome of this evaluation proves and quantifies for the first time the effect of housing on re-offending rates, and confirms that Annys’ resettlement work is directly reducing re-offending by 11%. For female ex-offenders in particular the results show a 26% reduction and a 21% reduction in reoffending for those who have previously committed more serious offenses. The evaluation followed a similar approach used to assess the £12 million Metropolitan Police Diamond Initiative that detected no impact in cutting re-offending rates. Now that the social impact of their work is proven, the next step for Vision Housing is to quantify the socio-economic case behind their model so that they can make a strong case for large-scale funding opportunities, including the UK Government’s ‘payments by results’ scheme.

Despite huge challenges early in her life following the death of her mother and the disintegration of her family life, Annys Darkwa managed to build up a successful career in sales, and spent her free time volunteering in homeless centres. She helped raise her younger sister, and to the outward world she was a successful and socially minded individual. However she entered a downward spiral in her personal life, ending up heavily drug addicted and vulnerable. She was successful at finding ways of making money illegally to feed her habit, and was able to lead a double life for a long time. However Annys recognised that she was not going to survive if her lifestyle did not change, and changed her flight while picking up a drugs shipment to come through an international airport where she knew she would be caught. While daunted by the long sentence, she describes the prison sentence coming as a relief, because she had a chance to start again. Wondering how she was going to cope, a mentor advised her to “read the rule book”. Very early on in her sentence, Annys resolved to use the rule book rather than fight it.

Annys displayed an entrepreneurial approach throughout her time in prison. One of her first initiatives was to establish a support group for one of the drug use groups who were not being well enough supported. Once she was moved on to another prison, she was frustrated by the lack of career options presented to female prisoners. She organised a careers fair inside the prison and persuaded large national retailers to come and recruit inside the prison, complete with a marquee in the garden and branded info-packs for inmates. Her biggest frustration in this period was the speed with which many her fellow prisoners returned to prison once they were released. She heard the same story repeatedly: they had wanted to turn things around, but a series of challenges around finding housing and work had left them in a position where they felt they didn’t know what else to do other than offend. She decided to set up a resettlement service that would work with the women before they left the prison, to get them secure housing and a job before they were outside and needed to fend for themselves. She persuaded the prison governor to let her turn a toilet into an office, and also to have a telephone – an almost unheard of precedent for a prisoner. She began having success with the women she worked with in prison, by making links with outside agencies and making a resettlement plan before they left prison.

After leaving prison, Annys carried on her work as a resettlement worker from the back of her car with nothing but a mobile phone, using her benefits money to finance the early stages. Annys’ exceptional ability to persuade people to reconsider the conventional answer has been key to her ability to align the incentives of these previously unconnected groups. She is utterly committed to seeing every person leaving prison in Britain given the best possible chance of succeeding after their release, and believes that the lever of accommodation is a big part of this answer.