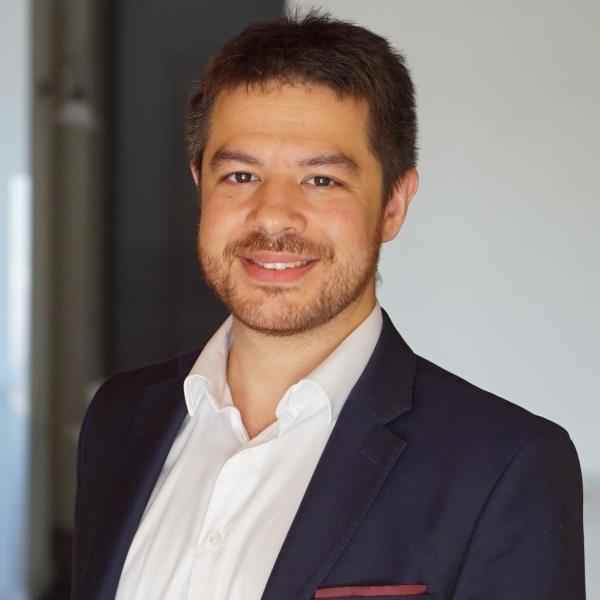 NetBlocks supports citizens and advocacy groups through its real-time internet observatory and tools to track and expose the impact of internet disruptions and outages in times of crisis and emergency. For the first time in the history of the internet, NetBlocks is bringing together a group of internet experts, journalists, and activist groups, creating a new wave of data-driven advocacy and policy that facilitates access to knowledge in developing democracies, supporting digital economies globally and safeguarding the principles of an open internet.

NetBlocks acts as a hub of solutions to build and deploy technology to detect and collect the evidence that enable the civics to defend their right to information on internet. By proactively creating and disseminating the data on internet shutdowns and outages, Alp and his team are creating a new wave of internet activism that is organized within the fluid multi-disciplinary teams. Their key partners to achieve the systemic change in local contexts include human rights defenders, aid and humanitarian networks, lawyers, journalists, and democracy institutions.

Benefiting from his expertise as a leading coder, Alp develops software to measure internet shutdowns real-time using big data to gain insights into the human impact of digital incidents.

By measuring access to internet across regions, NetBlocks enables citizens to recognize the underlying cause behind connection issues (power cuts, storms, slowing down due to the technical issues, blockage by authorities, censorship of specific content, etc.), and thus act upon it if there is a violation of their rights.

The tools created by Alp and the team also act as a bridge between the information produced within academia and technical communities. By combining the already existing research with the data in their hands, Alp and the team are creating a new wave of knowledge that can serve to all civics regardless of their profession. Through the knowledge the NetBlocks team produces and disseminates, information of internet which was captured within the academia thus far, is democratized.

Dealing with a global problem, Alp also realizes how the problem differs from region to region. In order to fight against the internet shutdowns across the world Alp trains and empowers local communities on data-driven internet advocacy

As access to internet around the world reached 55% in 2018, the online platforms have become the crucial tools for access to information and communication. However, national and international policies on the governance of internet still lag behind, leaving state authorities with great power and no accountability.

Governmental authorities across the world are increasingly shutting down the internet especially in times of social or political volatility (elections, central exams, , terrorist attacks, etc.), taking the citizens’ right to information away when it is needed the most. Unaware of their rights on this rather new platform (the internet), citizens are often not able to defend their right to knowledge/information. In other cases, natural disasters can knock entire communities offline depriving them from emergency support and assistance. During the course of outages civics face many problems including problems in accessing the healthcare since most emergency systems work with network data, highlighting for example impact to healthcare systems in Africa and the associated cost to human life of internet shutdowns.

In addition to these immediate problems, the shut downs and censors also create an asymmetry of knowledge between the two parties of the problem (authorities and civics). This uneven hierarchy in the societal system and opens the space for further corruption via internet. In developing democracies, the ruling party tend to slow down the internet speed during times of election with hope of slowing down the opposing parties’ campaigns. This has become a great trend in the recent years, affecting the election results.

One high-profile example is the blocking of Wikipedia in Turkey, one of a handful of states that deny citizens access to the online encyclopedia whose mission is to offer free access to the sum of all human knowledge. Alp has delivered detailed technical analyses with unprecedented detail of this and other similar incidents globally. NetBlocks continues to work on policy to build a case for universal access to knowledge, where ideas and facts are established through cooperation and understanding rather than a culture of filtering and censorship that perpetuates mistrust between communities.

NetBlocks team follow a three-pillar strategy to tackle the problem from the grassroots to the highest authorities. By empowering various parties to act against the global problem, Alp envisions a world where every citizen fights to reclaim their right to online information.

Through hardware and software, the NetBlocks team measure the internet shutdowns real-time and collect the data on the internet speed for a specific region. After analyzing this data in the local context, the team then moves on to the level of dissemination which involves local lawyers and human rights defenders as mavens of the movement. By offering free of charge trainings and workshops to the civil society organizations, Alp aims to empower the local human right defenders to be able to create their own authentic advocacy networks. Content of these trainings include a workshop on using the tools of NetBlocks and also using the data provided by NetBlocks for evidence-based advocacy and internet governance. While working with civil society organizations Alp also realized how the current law-suits on election corruptions work and how much of data-based evidence the lawyers need to succeed in their cases. With this realization, Alp and the team have started to coordinate workshops with lawyers to extend legal protections.

The data is also used to avoid misinformation around internet performance, highlighting practices by businesses and intermediaries and determining the cause of slowdowns and outages and their social context. Alp believes that it is important to minimize disinformation around this issue to create a better understanding of the conditions in the public. A former citizen journalist of Turkey, Alp always include media organizations and tools in his effort to disseminate the content created by NetBlocks team.

Since 2017, NetBlocks have reached tens of organizations with their tools and expertise. The group has achieved legal, advocacy and policy success around the world, helping to expose internet shutdowns in countries like Chad, where access was restored after the group’s technical evidence was submitted to courts, also monitoring power crises in Latin America and tracking hurricanes to assist communities in the aftermath of devastating events through analysis of its datasets.

In order to scale the impact, Alp aims to create a grassroots movement for advocacy and then to support this advocacy effort by persuading authorities to act with the civic movement, not against it. Having realized the state authorities’ approach to the freedom of internet, Alp developed a new pillar of strategy which includes attracting the decision makers to the subject by showing them the economic cost of the problem. By developing COST (Cost of Shutdown Tool) with a group of academicians, Alp enabled everyone to calculate the economic cost of an internet shutdown in a specific region. This information helps Alp start the conversation from a non-political perspective which in turn helps the team build a more constructive conversation with the decision makers.

Born and raised in the UK by Turkish parents, Alp stood out as a natural tech genius at a very early age. He learned to code and build complex software systems and by the time he went to college, he was already a master in computer science and was studying artificial intelligence to better understand the relationship between human and technology. Alp became one of the early leaders of the open source movement making open information and scientific tools more accessible to the general public.

His next entrepreneurial endeavor developed some of the building blocks of the modern mobile internet today used on billions of smartphones, bringing his ambition for an open web to a global audience. Alp’s focus shifted to new challenges for open communications and, bringing his expertise to civic movements in Turkey and the Middle East he began to build the basis of NetBlocks that was set to become the benchmark today used to track internet governance and transparency around the world.