How do you translate Ashoka's vision of "everyone a changemaker" in local settings? It can start with a simple conversation. 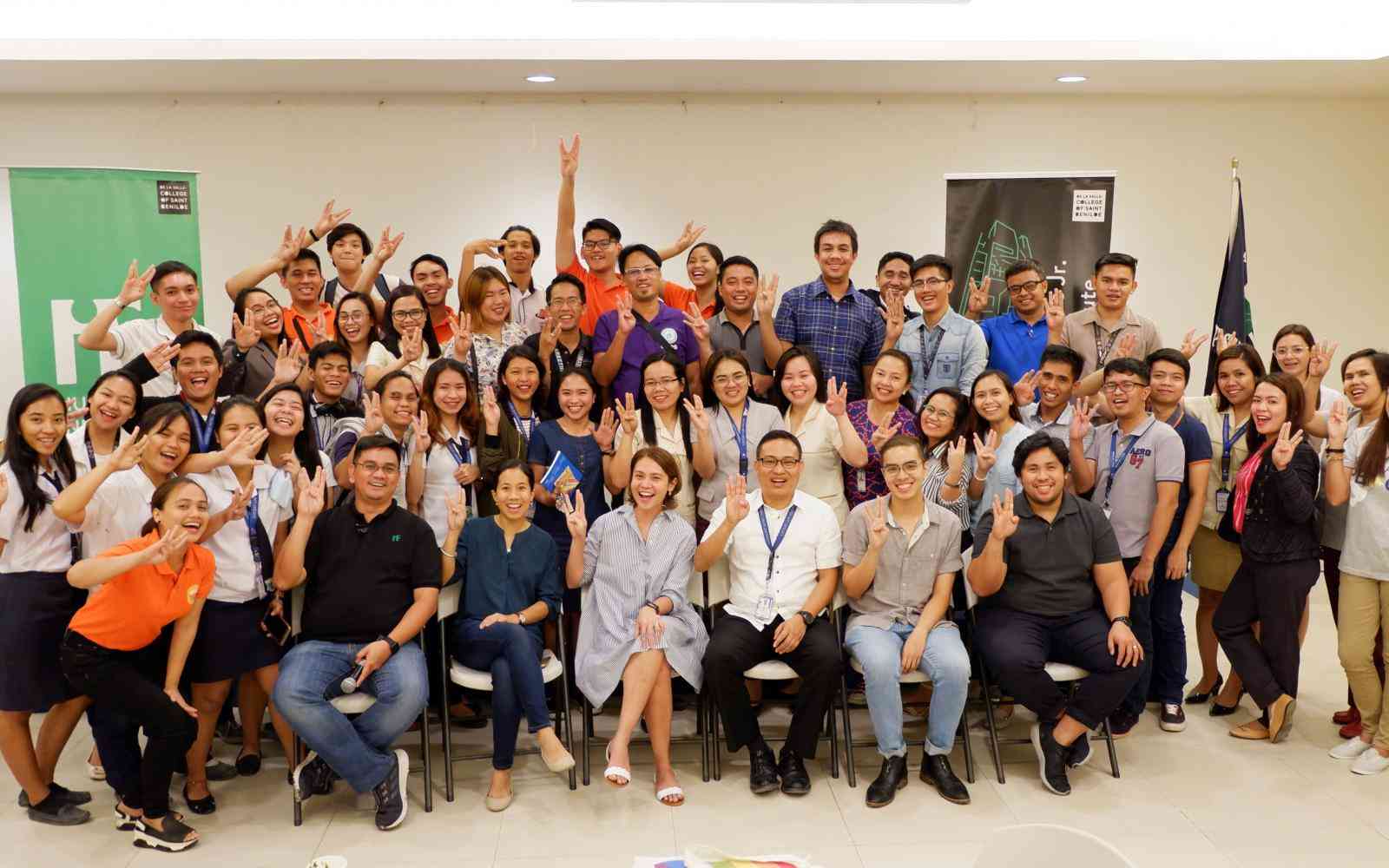 What does the future hold?

Will robots and AI be taking over the workplace? Will people be in courses and careers we’ve only read in science fiction?

Ashoka envisions a world where everyone is a changemaker and this becomes especially significant when we talk about the future of learning and work. When a person is equipped with skills like empathy and teamwork, they will be able to contribute positively to their communities in any circumstance because their core competencies aren’t rendered obsolete when technology changes. However, a difficult question must be asked: How relevant is this vision in local contexts?

For example, Mindanao, the second largest island in the Philippines is home to 25 million Filipinos of varied, rich cultures and countless natural wonders. However, it also has its share of violence and inequality.  In the 2015 Family Income and Expenditure Survey, every region in Mindanao earned and spent below the national average, while the National Capital Region in Luzon averaged hundreds of thousands of pesos more in both aspects. This glaring inequality stemming from neglect by the national government and the ideological extremism of armed groups seeking independence have resulted in violent conflict that is yet to be solved.
(READ MORE:  Fast facts about poverty in Mindanao)

With these problems interconnected with other systemic problems that exist throughout the country, much needs to be done in wealth distribution and management, education, and infrastructure in the region. Innovation is one way by which positive change may be amplified when resources are limited, and when the desired changes to the status quo are riddled with obstacles. Fostering social innovation in Mindanao might yield scalable solutions for the present and a foundation for the future. The task is daunting but the first step could simply be a conversation.

This is what Ashoka Philippines had in mind when it held a CommonGround session last February 8 in Father Saturnino Urios University (FSUU), a private university run by the Diocese of Butuan in Butuan City, Agusan del Norte. The opportunity came as part of Ashoka’s partnership with Benilde’s Hub of Innovation for Inclusion (HIFI). HIFI is mentoring its incubatee Meal Amigo, a social enterprise run by students of FSUU, and runs a series of informative talks for social good called EngagED.

Ashoka values shared open spaces where people can connect, co-create, and collaborate and this is what CommonGround aims to provide. The CommonGround format is essentially a practice of empathy where judgments and preconceptions are put aside to form real connections and conversations. First, the workshop placed 60 teachers and students into groups of new faces rather than with their co-workers or classmates. This resulted in discussion groups with members of varying backgrounds, expertise, and perspectives. The thinking is that when we listen to people who are different from us, we open our minds to new ideas we may have never encountered before, we learn more about the world outside our comfort zones, and we understand better what binds us all together rather than what divides us.

When we listen to people who are different from us, we open our minds to new ideas.

To kick off the workshop, participants were first invited to share a transformative experience when they were in a learning environment like school. The exercise dissolved the barrier between teachers and students as they listened simply to human stories, that is, stories about struggles that test one’s character. This also contributed to establishing the environment CommonGround seeks to achieve: open, safe, and supportive.

CommonGround then enabled faculty and students to come up with a profile of either the typical FSUU faculty member or student. While doing so, they talked openly about their dreams and challenges, and in the process, discussed common student issues, unpacked the stereotypes associated with their school, and analyzed how the current milieu presented hindrances or opportunities. Without the restrictions of the four walls of the classroom and a formal hierarchy, the participants collaborated with one another as equals. 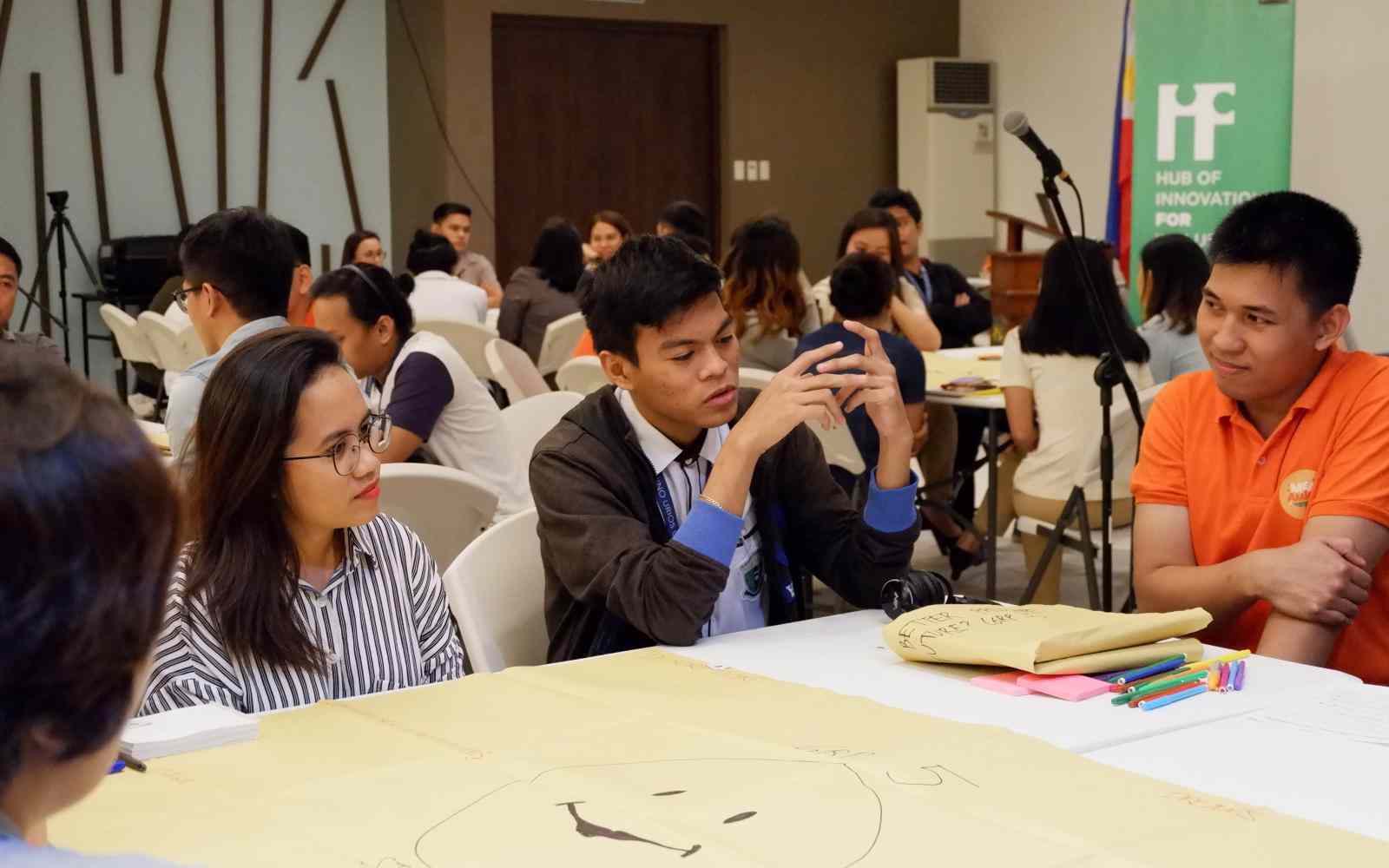 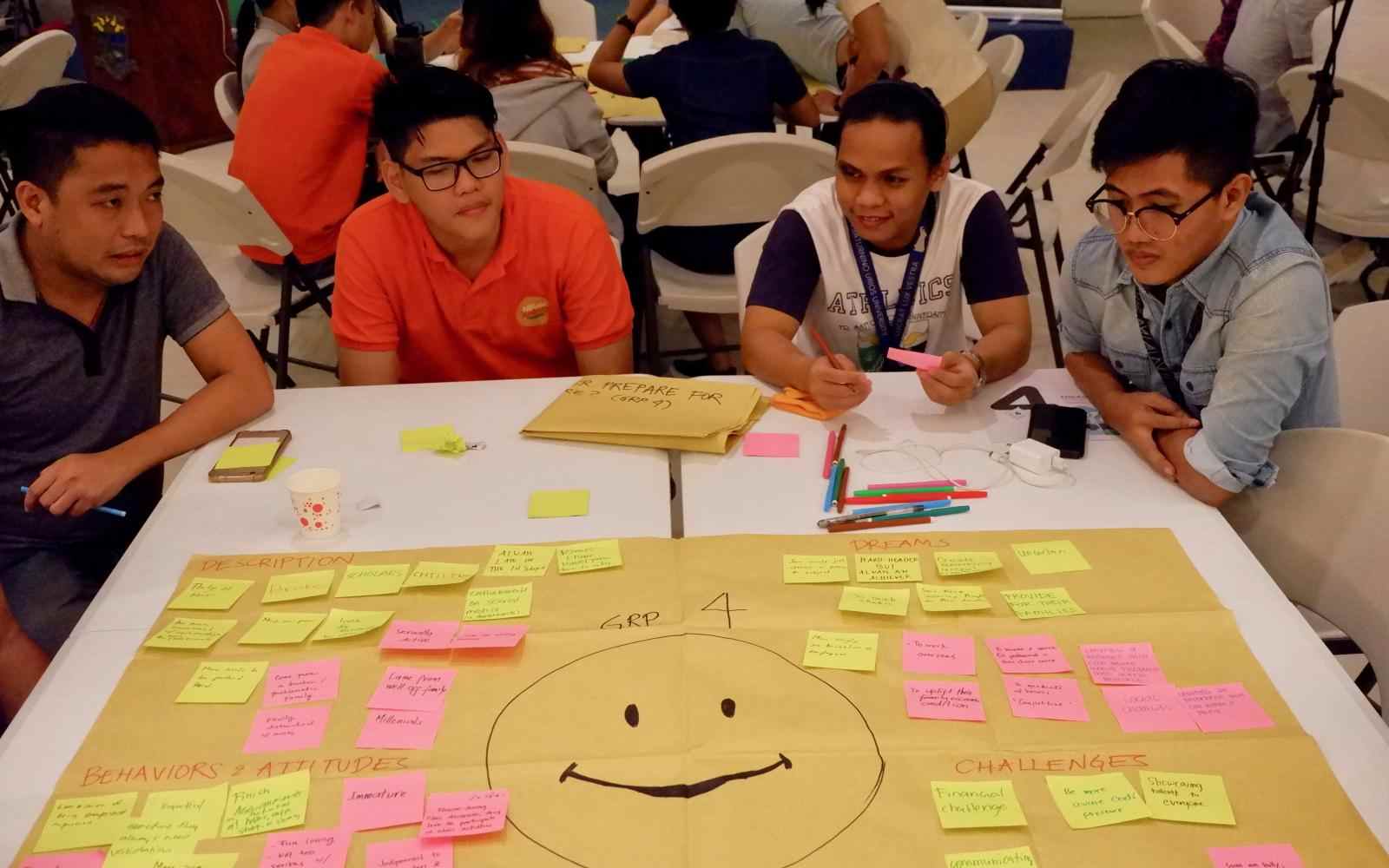 Finally, the participants were asked what needed to be done to prepare the students and faculty of FSUU for the future. Rising to the top of their lists was the demand for training and further education. There was a consensus among the groups that knowledge and skills had to be constantly gained in the uncertainty of the future.

Bookending the workshop were talks given by our friends from HIFI. Abigail Cabanilla, Director of HIFI, talked about how inequality is still an issue of access to opportunity and resources. To synthesize the workshop, Rex Lor (HIFI Innovation Development and Monitoring) introduced the framework of the Partnership for 21st Century Learning for students to succeed in work and life and the support they need. The day was closed with an open forum with Fr. Randy Odchigue FSUU’s Vice President for Academics, who expressed his desire for an innovation hub to rise in the university.

Gauging from the supportiveness of the current administration of Father Saturnino Urios University and the enthusiastic participation of its faculty and students, there is a willingness in Mindanao for integrating social innovation into the educational system. The challenge now is to continue the conversation with even more partners and stakeholders to transform these ideals into tangible preparation for the future, not only for Mindanao but for the entire country.

Are you aware of any socially innovative efforts in Mindanao? Email us at [email protected]ka.org