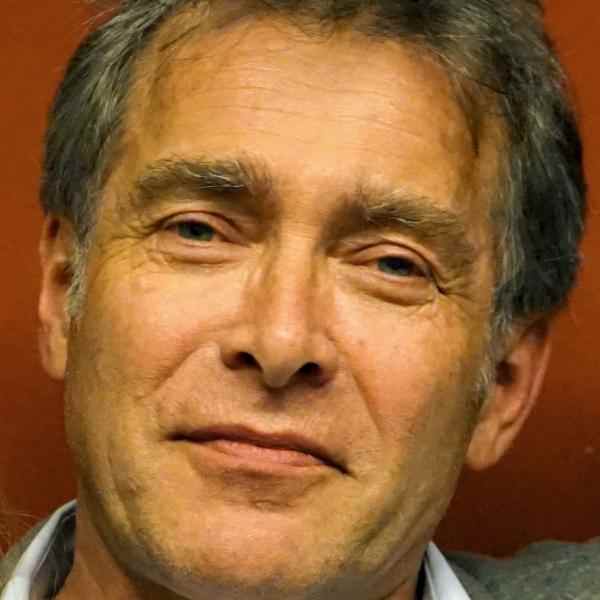 Yves balances the financial world in favor of social protection for the most vulnerable people. His systemic change consists in creating a new "economic citizenship" and he does it hand in hand with financial institutions and public policymakers, using inclusive, massive and innovative methodologies. Yves empowers women and their families through a simple formula based on access to necessary basic services for the construction of citizenship and entrepreneurship, starting with the financial. Using savings as the first step towards the construction of her assets he breaks with the circle of poverty through the capacity of consumption and productive investment, and with that he manages that the ecosystem efforts and the public and private sectors investments generate social stability on a scale and in a sustainable way.

Yves discovers that the key to overcoming poverty lies in the accumulation of financial assets and their productive use. He strongly believes that the main entry point into the financial system is, and should be, a savings account. The reason is simple: savings accounts are for everyone. Savings play an important role in the financial lives of people living in poverty and represents a first step towards full financial inclusion. This way, the generation, accumulation, increase and protection of assets is a powerful strategy; however, this must be at a large-scale to achieve the desired impact, and therefore it is necessary to implement initiatives hand in hand with national governments, financial institutions, investors, civil society organizations and other key stakeholders’ groups.
Yves through multi-dimensional support (applied research, social innovation testing and design through pilots, technical assistance, advocacy) leads the co-creation of well-designed social programs for poverty reduction, strategic alliances among public and private sector actors, well-suited services and product provision. He promotes new programs that catalyze behavior change, enhance public policy and regulatory frameworks, and build the case for financially inclusive businesses. Ultimately, the combined efforts of civil society, governments, and the private sector will enable millions to get themselves out of poverty.
Yves develops 4 work strategies under which you meet all his programs and applications. First, Financial Inclusion to involve the poorest, through his Capital Project. He works in partnerships with governments for the development of social protection policies linked to savings. Secondly, Economic Citizenship by strengthening communities and families in extreme poverty, focusing on the use of their social and economic human rights and training with digital tools, access to capital coaching, information, technical and legal services, through his Graduation Program. Third, Digital Solutions based on mobile banking services, tablets, smartphones and financial education, e-learning and consulting. The LISTA programs, Serious Gaming and smart phone apps are newer tools and projects being tested in several programs to change the knowledge, attitudes and behavior of low-income youth and adults to support programmatic objectives. The Little Big Money and APPtitude technologies focus on vulnerable families’ economic ventures to teach them life skills. Fourth, Territorial Development and Post Conflict is a strategy to create social structure starting on entrepreneurship and financial inclusion in communities affected by armed conflict and violence, together with the victims and community development initiatives;he does this through the “Transformando mi Futuro”(Transforming my Future) and “Avanza Seguro”(Safe Advance) Programs.
What sets Yves apart from other entrepreneurs is that he does not seek to provide financial services for the well-being of a group of people or to provide limited services in its scope, but rather seeks to change the financial system through his impact on public policies and the profitable use of the market’s mechanisms. Yves seeks the financial and economic inclusion of low-income people on a massive scale and this can only be done by working hand in hand with the public sector, strengthen the private sector and educate people in financial skills using scalable mechanisms that include Digital solutions. Yves also has a systematic, innovative and collaborative vision in the research, testing, and implementation phases of his programs. He integrates methodologies such as semiotics, "human centered design", co-creation and rapid prototyping, and integrates best practices of behavioral economics and the use of experimental processes. He created the Capital Foundation to systematize his work and has a deep knowledge of the needs, a transversal vision of the ecosystem needs and an offer of solutions to respond to them.
His work not only changes the ecosystem and the socio-economic environment, but also directly influences the population, changing the mentality of low-income people with the empowerment and strengthening of their skills to start building their own assets, especially financial assets. In addition to basing his idea on savings, Yves goes further and focuses on self-esteem as a transformative ability, and not only stops at the financial aspect but also in digital inclusion, social influence and political participation, giving way to a new economic citizenship as part of the systemic change.
Yves has replicated his model in 12 countries in Latin America and 2 in Africa. In addition to his headquarters in Colombia, he is present in Bolivia, Brazil, Chile, Ecuador, El Salvador, Guatemala, Honduras, Mexico, Paraguay, Peru, Dominican Republic, Mozambique and Tanzania and is looking for new markets in countries like Costa Rica, Haiti, Argentina and Angola. He thinks on taking his model to Asia in the future. In these countries, he develops local capacities and articulates with key actors (governments, public and private institutions and civil society) to achieve their dream of equality and justice.
The Department for Social Prosperity from the Government of Colombia decided to implementthe Capital Foundation’s digital solutions into public policy by integrating LISTA into their “MásFamiliasenAcción” conditional cash transfer (CCT) program. This expansion of LISTA by the government represents a nearly $1M investment, complemented by an impact evaluation recently completed by Innovations for Poverty Action. To this date, this initiative has reached nearly 200,000 individual CCT participants.

Despite all the advances of modern society, poverty is still present, affecting more than three billion people. Although the causes for poverty are multiple, what characterizes it, is a state of perpetual vulnerability, where any emergency (illness, unexpected expenses, or other shock) dramatically affects the family resulting into a vicious circle of poverty. One of the best ways to protect families and fight this vulnerability is through social protection systems, which integrate a financial and economic inclusion vision allowing them to protect their scarce assets and access adequate financial products, such as savings, payments, credit and insurance. However, most of the world's poor remain excluded from the financial system and more than two billion people around the world remain 'unbanked' (World Bank).
The main causes of financial exclusion, or at least the lack of access to a savings account as an initial step, can be grouped into three areas: (i) supply, due to the absence of savings products appropriate for the low-income population, using service channels close to the low-income population, not only physically but also culturally, to which a low level of customer service and consumer protection can also be added; (ii) demand factors, which include a distrust on the financial system, mainly due to lack of information, financial crises in the past, or rumors generated within the population; and self-exclusion resulting from a lack of self-confidence; (iii) regulatory barriers that prevent access to the financial system, either due to regulatory requirements that include the need to show several documents for the opening of just a basic savings account, or for the opening of a service point, and the use of the closest channels for the low-income population (including mobile wallets or electronic banking).
Financial services also help reduce the vulnerability of poor families (not only during unexpected events, but also in general) using accumulated balances in a savings account, the deposit of government transfers into a savings account, the claiming of a microinsurance, or applying for credit during an emergency. It also helps families to be better prepared to deal with such risks, as is the case of financing investments that allow the family to generate higher incomes.
The absence of these possibilities means that the poor become poorer and do not have the opportunity or the capacity to leave the vicious circle of poverty.

Yves comes from a middle-class family with no deprivation and did not suffer exclusion or marginalization. His social conscience comes from his parents, especially his father who was a pilot during World War II; these stories made him a sensitive child. Yves always defended those who were abused;he says that once he almost lost an eye trying to defend a schoolmate.
After a lot of insistence to his parents, because he wanted to see with his own eyes the injustice and poverty that was elsewhere, at the age of 15 he decided to escape from home for 4 months and travel to Pakistan, India and Afghanistan. On this journey, he has his first real encounter with poverty. In his college years, Yves was involved in several revolutionary movements, especially against Latin-American regimes because of his proximity to several friends from this region.
Yves created his first company at a very young age to generate money to finance a commune of existentialists with anarchist ideals; the company was successful, but in the end, he lost the funds due to mismanagement from his partner, but the experience was determinant for Yves, who understood that "you have no way to change the world without doing business."
After studying engineering and economics at the Louvain School of Management in Belgium, he moved to Africa, where he lived and worked for six years working with micro-entrepreneurs and small farmers. He then moved to Latin America. Yves decided to buy a small bank in Peru called ‘Casa Los Andes’ but he later sells it because he did not feel at ease with the scope of the bank, and with his savings he decides to found the Capital Foundation in 2009, in addition to having the important support of the Ford Foundation. Through FundaK, he seeks to connect poor families to market mechanisms, and helps governments improve their public policies for economic development. Yves has over 3 decades of experience working on poverty reduction worldwide, as a consultant, entrepreneur and social entrepreneur, in Europe, Africa, Asia and more broadly in Latin America and the Caribbean combining his expertise in finance, banking, development economics, anthropology and sociology with on-the-ground experiences with low-income families. He has lived and worked for over 30 years (in Argentina, Bolivia, Colombia, Paraguay and Peru).
Yves with an optimistic and high energy spirit provides a visionary orientation and it is thanks to this personal drive that he has grown so much. In 2014, Yves was recognized by the Skoll Award for Social Entrepreneurship and this prompted him to create two additional social enterprises to give sustainability to the Capital Foundation. Edge Finance, a consulting firm, and ResolutionK, a field project implementer, are companies that add to Yves' initial efforts and help not only strengthen the organization's work but also generate greater impact.
Yves is a member of the Leadership Council of the Microcredit Summit Campaign, he is the CEO of a holding company that invests in social enterprises (KGroup), and was for many years the director of a regulated rural bank in Peru, serving low-income clients. He continues to lead Capital Foundationas its President and CEO.