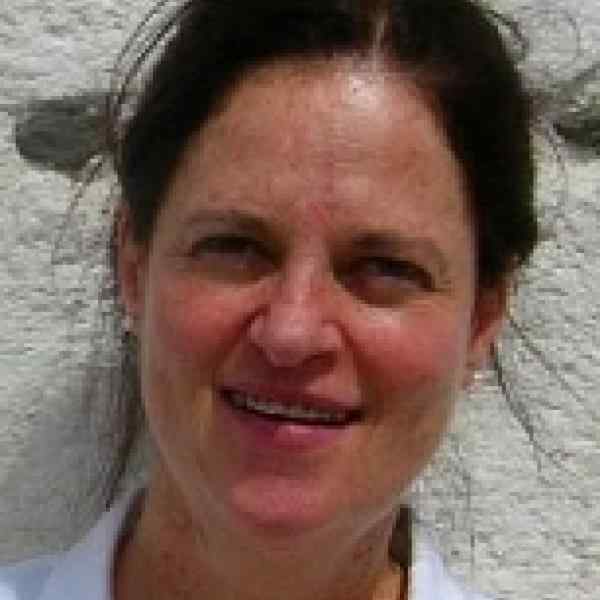 Susan Pick has improved the lives of millions of people in Mexico and Latin America through her innovative school and community-based health promotion and poverty alleviation programs. Through these initiatives, she facilitates the development of the skills people need to take control of their own lives.

When Susan began her work thirty years ago, the Mexican government had finally allowed family planning programs to tackle the issue of adolescent pregnancies. Knowing that behavior change depends on more than simply education, Susan founded the Mexican Institute for Research on Family and Population (IMIFAP) to design and carry out innovative and interactive training programs geared towards improving people’s life skills in decision making, communication, self awareness and assertiveness. Through this program, she empowers peoples to improve to take renewed responsibility for their lives. After conducing surveys to understand the community’s needs and barriers to change, Susan piloted her data-driven program. She compared results to a control groups and found that many health and poverty problems could be alleviated using similar underlying principles and training techniques, but very different specifics. All of her programs are based on research and data; evaluation before, during and after training; creation of materials and training carried out in schools, communities, government and business. Through her combination of scientific research, health education, life skills training and advocacy, she has empowered people to take charge of their personal development and health. Through Susan’s insight that addressing the underlying problem of the lack of life skills could help people face the challenges and demands of everyday life, she was able to adapt her programs to other health and poverty problems, including HIV/AIDS, nutrition, diabetes, drug abuse, school performance, as well as cervical and breast cancer. Susan has specialized in the development and large-scale implementation of human development programs for underserved populations. She played a crucial role in the development and implementation of the national school based sexuality education program and then a nation-wide civic and ethics program as well as health, gender and empowerment programs adopted by the Mexican health sector. Susan’s group has now offered 40 different programs in Mexico, they have received more than 280 grants, and have improved the lives of 19 million marginalized people in 14 countries.

In Mexico as well as many other developing countries, serious problems in health and poverty do not improve, even when people are properly informed of risks because a sense of resignation and fatalism regarding how the external world affects one’s life pervades marginalized populations. In explaining why something happened or went wrong, people often put more emphasis on external factors rather than personal choice or personal responsibility. In Mexico, common sayings, such as “if God wills it,” or “Well, it just happened” reflect the lack of control marginalized people feel over their situations. They do not take personal responsibility for their choices and actions—everyone says, “The glass fell” rather than “I dropped the glass.”

Susan partially attributes this resignation and lack of taking ownership to the Mexican educational system, which focuses on rote memorization and student compliance rather than encouraging students to ask questions or be critical. This learning methodology leaves little room for personal initiative, creativity or analytical thinking and leaves students with poor decision-making skills. Merely providing information and education is not effective in overcoming this because it only addresses the symptoms, rather than the root cause of the behavior: lack of sufficient life skills to be able to take responsibility for their own decisions.

Even though Susan saw that adolescent pregnancy was not improved much by sharing information, providing contraceptives and telling people about the benefits of smaller families, those programs continued because of entrenched resistance from experts. Family planning NGOs insisted that demographic facts would persuade people to change their behavior. When IMIFAP’s programs began to have an impact, Susan partnered with the government’s Social Development Ministry to offer the program to a broader national audience, but she was attacked by citizen organizations (COs) who could not conceive of legitimate organizations collaborating with the government. She also faced entrenched resistance from right-wing and religious groups who opposed her programs on moral and religious grounds.

Even the government, which has supported her programs on a massive scale for many years, has failed to grasp that permanent solutions require attacking the root cause; the government has a huge and internationally respected social welfare program called “Opportunities” which pays families to send their children to school and to regular medical appointments. Susan’s interviews and data-driven approach have shown that these families only send their children to school because of the money, and they rarely mention the lifelong benefits of a better education. By not changing the underlying values, Susan believes that the government program will not achieve lasting changes in behavior and that families will stop their behavior as soon as the financial incentive is withdrawn or reduced.

The core of Susan’s approach is an unconventional, participatory training program that forces people out of their comfort zones and takes off all blinders. Teams develop program content after conducting extensive focus groups and diagnostic studies of the target population’s needs and obstacles. Pilot studies build a strategy for encouraging participation and creating course materials such as textbooks, videos, brochures and radio programs, all using indigenous languages where necessary. Each program gives people what they do not have: the confidence to make their own decisions, improved self-awareness, assertiveness and better communication skills.

After scaling up IMIFAP’s initial family planning program into a nationwide sex education initiative, Susan began tailoring her project to address different issues. Her strategy was to attack the underlying problems of resignation, fatalism and lack of ownership of one’s decisions within Mexican society by using the same principles and similar teaching methodologies, but with different content based on the subject matter and the audience. For instance, IMIFAP developed and implemented a national civics and ethics course for all first-, second- and third-graders and also partnered with the government and GlaxoSmithKline to offer a program targeted mainly at indigenous women to care for their own health and well-being as well as their families.

Susan’s programs were publicized under the saying “I want to, I can,” and she developed them into dozens of courses over the next decade, including “I want to, I can… prevent AIDS, be a better citizen, be an excellent father, prevent pregnancies, control my diabetes, be a better student, and prevent drug addiction.” Her programs became known in Mexico as “preventive vaccines” against the intractable problems related to health and poverty.

IMIFAP has replicated its programs through direct training to the masses via government-sponsored programs carried out by a core IMIFAP staff of 50 people, supplemented by up to 250 to 300 additional IMIFAP-trained trainers as needed. In addition, through its nearly 300 grants, IMIFAP has partnered with over 300 organizations in Mexico, throughout Latin America. Furthermore, Susan has a scholarly textbook in press with Oxford University Press outlining her methodology, as well as over 280 articles and books, some of which have been used as national textbooks reaching close to 12 million children.

Susan was born in Mexico City to German parents who instilled in her a strong sense of social justice and personal responsibility. She studied social psychology at London School of Economics, and as she continued her graduate work in England, she increasingly saw that basic knowledge and wide availability of contraceptives were not enough to change behavior and reduce unwanted pregnancies. During this time, she also studied under Amartya Sen, later a Nobel Prize winner, who helped Susan develop her ideas regarding integrated human and community development.

After returning to Mexico and completing her PhD field research on adolescent pregnancies, Susan put her education into action by starting IMIFAP. After she had successfully piloted her first sexuality education programs, she wanted to replicate the program broadly through the Ministry of Education. In the face of obstacles preventing her from achieving this goal, she staged her own sit-in for three weeks in the Ministry’s foyer until she finally was granted a meeting. She was able to convince the Minister to adopt a national sexuality education program and textbooks for all fifth- and sixth-graders. During the meeting, the Minister warned her that in spite of his political and financial support, the program would not succeed if religious groups opposed it, so she met with top religious leaders, won over their support and turned opponents into enduring allies for her work.

In 2005, Susan took two years off, accepting a research fellowship at Harvard to systematize IMIFAP’s work and make it more easily replicable on a larger scale,. She took this opportunity to see how IMIFAP would survive without her, which it did, but she also saw other steps she could take to make the organization even more robust for growth outside of Mexico.

Despite having reached more than 19 million people in 14 countries through her programs, Susan, ever the data-driven entrepreneur, says that “only” ten million people have truly come to see themselves as agents of change in charge of their own lives, and too many others still suffer from fatalistic outlooks on life. She is driven to achieve an even deeper impact throughout the world by helping people overcome psychological barriers and gain the life skills that they need to take control of their own lives.