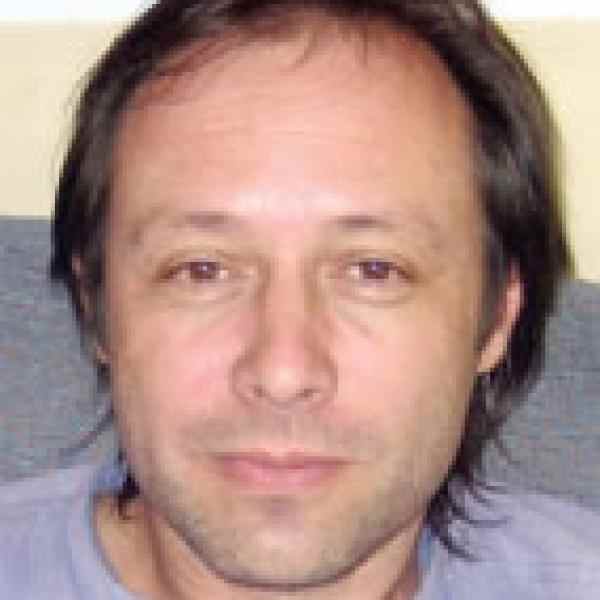 Deeply influenced by his own experiences of the challenges of life in urban city centers, Stephan de Beer founded an initiative that regenerates inner cities in a sustainable, socially inclusive way using local assets and building local ownership.

Stephan is building an urban movement of community organizations and civic participation that is supported by local resources and people. Stephan’s work is fueled by the value of “radical inclusiveness” and uses the diversity in cities as an asset rather than an obstacle. Most notably, he leads a social incubation unit in the inner cities of Tshwane, reaching over 30,000 people. Stephan believes that inner cities are uniquely positioned to model both racial and economic integration. The first step is celebrating and promoting the successes that exist but are too often overshadowed by negative realities. Then, Stephan uses the structure of the Tshwane Leadership Foundation to incubate, operate, and eventually spin-off community-owned restoration and revival projects that build necessary social infrastructure. This process succeeds by mobilizing local resources of all kinds and building locally owned institutions. Initiatives in operation include a care center for the homeless, legal aid, day care, and a social housing company which oversees 189 affordable units. Each project is designed to become a model replicable in other cities, and Stephan works with policymakers to institute them locally and nationally.

Since the early 1990s, the inner cities of South Africa have experienced rapid change and transition. Communities formerly dominated by whites seemed to become black majorities overnight. This was followed by economic, social and institutional divestment, and the redlining of banks, which all contributed to inner cities becoming extremely unstable. Socially, inner cities became catch-basins for vulnerable people and the reality of homelessness, at-risk women and children, sex work, poor infrastructure, and refugees, became pervasive in many urban areas.  Further, many inner cities lacked established civic organizations or a strong civic tradition, since formerly white communities did not perceive a need for this. The communities had no strong local community institutions driven and sustained by local people. Even churches were often controlled by the outside agendas of their denominational heads, and not by local concerns. Racially, inner cities became polarized as people who never lived together now suddenly had to share apartment buildings, pavements, parks, and recreational facilities. Especially in the management of properties, racial difference and intolerance created serious problems. What has resulted is a new economic apartheid that continues to keep urban areas from prospering.
The few urban renewal programs that do exist often do so at the expense of the poor. They are driven by economic and structural interventions without a social strategy or aim to preserve the culture of the original space and population. “Regeneration” is all too often synonymous with the displacement of poor people and a hasty, market-driven “face-lift” designed to attract a middle- class. The cycle of poverty and subordination is not broken. While the commitment exists in some capacity to revive areas of cities with slow economic growth and poor infrastructure, initiatives are hampered by bureaucracy and politics and rarely end up serving the original population. Fundamental social challenges are not addressed—they are simply shifted to wherever the poor relocate.
However, inner cities still possess unique and under-utilized infrastructure. In Tshwane, for example, there is still vacant land in many parts of the city, unlike most other built-up inner city areas. The new diversity of the citizens may also be an underappreciated asset. Divestment left a vacuum in the market, which gives opportunity for local economies to emerge, local business to develop, and local profits and resources to be recycled in ways that are beneficial to the community.

Overall Stephan’s strategy is guided by the principles of resist, celebrate, and reconstruct: Resist practices that exclude and dehumanize; celebrate the strengths of inner cities; and reconstruct communities that are “radically inclusive”, safe, and productive. Stephan creates the local institutions, resources, partnerships, services, and the critical mass necessary to demonstrate alternative methods of inner city regeneration.
Stephan’s work initially began in 1993, under the umbrella of Pretoria Community Ministries (PCM) of which he was founding director. PCM united six urban churches into a charitable trust that worked to create social infrastructure. Many of its programs continue independently today, including Yeast City Housing—an independent social housing company that provides transitional, communal, institutional, and special needs housing in the inner city; it is now a national model. Other programs included drop-in centers for vulnerable persons, the first non-racial women’s shelter, and the first program dedicated to girls living or working on the streets. At PCM Stephan pioneered the practice which continues to play a role in his work today— recycling local assets such as unused buildings or vacant lots. PCM also played a significant role in shifting the epicenter of power from the church and replacing it with community forums that encourage residents to organize themselves and engage in building social infrastructure in fractured neighborhoods.
Out of this process grew the core programs PCM continues to oversee. Usually in response to direct challenges, programs are developed into sustainable models of best practices for replication. The goal is for each to spin-off completely and become a separate institution that adds to the fabric of the community. Notable among them are the Consortium for Urban Transformation, Sediba Hope AIDS Care Program, and Feast of the Clowns. The Consortium packages strategic partnerships for the benefit of member organizations. Projects include the multi-sector revival of a city block to include social services, worship centers, businesses, day care, and a training program for city leaders. Sediba Hope AIDS Care Program is the vehicle through which Stephan mainstreams HIV/AIDS in all of the initiatives. Sediba is a collective partnership that leverages resources of churches and community organizations; it includes clinics, testing facilities, care centers, and support programs. The Feast of the Clowns is an annual community festival; in 2005 it attracted over 10,000 visits in one week. The Feast celebrates local diversity through the arts (film, music, dance and visual arts). In 2006, the Feast hosted three stages (sixty artists), various community art workshops with professional artists, social justice workshops, four gala events in the State Theatre (dance &amp; mime), a mini-film festival with homeless people, the annual March of the Clowns, and an art exhibition. In 2007, the parade included 600 people with disabilities, and the team forged a new partnership with the Arts Department of the Tshwane University of Technology. The Feast of the Clowns is becoming a central fixture on the community calendar and serves to “market” the inner city. It is poised to spin-off and develop its structure and management as a separate institution.
In 2003 the need emerged for an umbrella organization to unite the initiatives and spin-off organizations into a movement. The Tshwane Leadership Foundation provides strategic leadership, support, and management, to the programs formerly under PCM, builds capacity among local leaders, directs advocacy efforts, and develops programs that will generate income and sustainability for the organizations. It is responsible for the creative connection and networking of all the various arms, and for creating an institutional commitment to social inclusion. The Foundation also incubates new ideas that demonstrate social inclusion, and helps institutionalize best practices (most notably the group’s efforts in housing, which are nationally recognized).
The local models are a combination of social services, community organizing, and long-term infrastructure development. They are driven by staff members that are carefully selected for their empathy and work ethic; 75 percent are local residents. They are a creative and entrepreneurial community which holds risk as one of their eighteen key values, and are willing to respond with flexibility to new challenges. The residential care programs in particular, are managed with the aim of breaking down the power dynamic between service provider and client, and sustaining only those services that empower individuals and promote just systems.
Stephan also guides innovative resource mobilization which not only supports the programs but continues to further facilitate social inclusion. Unused resources of all kinds are recycled, from land to churches, and he is developing a business unit that will put profit back into programs through social enterprises. An income base will allow current programs to become sustainable and provide equity for launching new programs. He is also looking into capital projects such as purchasing derelict housing and redeveloping it for social housing. He and other staff provide consultancy services on the issue of social infrastructure development.
The aggregate voice of Tshwane Leadership Foundation including all of its subsidiaries allows Stephan to influence policy that will make it easier for other communities to replicate the ideas. Local models that have become or are in the process of becoming policy at the local and national level include those in: Women’s shelters, communal housing, homelessness, human trafficking, and special needs housing. Stephan brings his participatory processes into the advocacy and lobbying sphere, influencing city planning to be more inclusive.
Stephan is already being approached both internationally and locally for support in implementing his approach in other parts of country and the world. His local models are becoming field best practices, and he quickens their dissemination through membership in national and international community and faith-based networks and publications. His model is also being used as a case study for urban planning courses at the local Tshwane University.

Stephan grew up in the inner city of Tshwane which instilled in him a passion for urban centers and their potential to be real and sustainable homes for all people. He studied theology but always with a commitment to the urban vulnerable and poor. He did his practical internship in Hillbrow, Johannesburg in 1989 and saw the potential of faith-based organizations to address the challenges of inner city decay. In his final years of study at the University of Pretoria he and some student friends started an outreach program with children living on the streets of Sunnyside, which led to the creation of the first overnight shelter for black street boys in a predominantly white neighborhood. His experience of harassment and the burning of the shelter (some of the boys died) taught him quick, harsh lessons about local politics, corruption among police and in the judicial system, and the Church’s comfort with charity, but discomfort with issues of justice. He grew to practice a different manifestation of his faith.
Stephan spent six months in Chicago in 1992, doing coursework in urban ministry and development, visiting almost forty urban projects, and connecting with faith-based social entrepreneurs in and around Chicago leading a movement of urban transformation. Chicago also influenced Stephan in unexpected ways; interacting with exiled South Africans who revealed a new layer of his home country and a South African experience he never knew. In 1993 he joined International Urban Associates, which draws together faith-based urban practitioners from around the world. This network continues to help Stephan generate ideas and provide outlets for expansion.
Returning to South Africa, Stephan sensed that urban churches were ready to engage in reviving their parishes. He united six into a charitable trust that became Pretoria Community Ministries, with the knowledge that urban regeneration efforts had to become more radical, holistic, and transformative. His long-term vision is for every vulnerable group to have access to tailored programs that serve their needs for regeneration and enable them to serve others through local institutions.