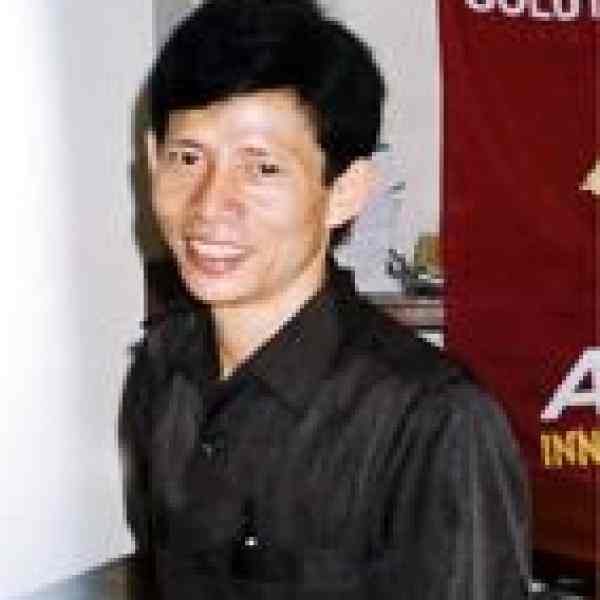 Karuna Moy Chakma, the first human rights lawyer from the tribal communities of the Chittagong Hill Tracts region of Bangladesh, has initiated public interest litigation to protect the individual and community rights of indigenous people living in his country. In doing so, he is helping indigenous communities to understand their legal rights and to begin ensuring their enforcement.

Karuna Moy Chakma applies specific legal remedies to challenge the human rights violations sustained by the indigenous people of the Chittagong Hill Tracts in southeastern Bangladesh during nearly 25 years of armed conflict in the region.When Karuna first started his litigation program, the local tribal society strongly believed that government actions, especially military actions, could never be challenged. Community members felt that taking legal action would only increase the suffering of the victims of government abuse. Karuna's work, however, has fostered legal awareness amongst the Hill Tracts people, thereby breaking down the barriers to accessing the legal system. Instead of following the traditional public law route in Bangladesh, where lawyers wait for victims to approach them before bringing grievances against the government, Karuna Moy Chakma actively seeks victims, educates them about their rights and encourages them to bring their cases to court. He has employed tactics which, although common in other areas, had never been used in the Chittagong Hill Tracts. For example, Karuna has used the writ of habeas corpus to successfully challenge detentions in this area, thereby changing the way that the indigenous people of the Chittagong Hill Tracts think about their relationship to the law. Most importantly, he has begun to show local indigenous groups how their own experiences can have an impact on nationwide legal reform. With his considerable success in fighting for civil rights, Karuna has begun to establish land titles for the Hill Tracts people who have either been displaced or forced from their lands. Karuna's long-term goal is protect indigenous people's heritage and way of life by ensuring that they know about their civil rights and do not feel threatened on their own land.

Prior to the 1947 partition of India and Pakistan (Bangladesh was then called East Pakistan), tribal communities comprised the majority population of the Chittagong Hill Tracts. During the British rule, non-indigenous people were not allowed to permanently reside in the region, and the indigenous people enjoyed some protection for their land titles. Under Pakistan, many of these policies were either changed or ignored, so non-indigenous populations gradually began to encroach on the Hill Tracts. In the 1960s, the Kaptai Hydro Electricity Dam was completed, resulting in the submersion of 56,000 acres of land and the displacement of 100,000 indigenous people. Very few of them have been compensated for the land they lost.After the independence of Bangladesh from Pakistan, the tribal Hill Tracts people campaigned unsuccessfully for greater autonomy and recognition. In response, Shanti Bahini, an armed indigenous group, formed in 1973 to fight for the independence of the region. The government of Bangladesh sent in the army to quell the resistance. This armed conflict ended in early 1998 with a peace agreement between the government and the Shanti Bahini. Peace in the region is still tentative, however.During the conflict indigenous civilians were often detained without trial and tortured by the authorities. Article 102 of the Bangladeshi constitution has a provision for challenging detention orders. However, tribal groups, already skeptical about the justice system, did not know about these remedies, and thus never challenged the human rights abuses suffered by their communities. Furthermore, the concept of public interest litigation is foreign to Bangladesh's legal structure. Prior to Karuna's initiatives, no human rights lawyer or organization had sought out victims of abuse or challenged these injustices. During this period, the government settled large numbers of Bengali majority people in the overwhelmingly indigenous area. Because the Kaptai Dam had placed undue pressure on land resources, the systematic encroachment on remaining land aggravated the distrust and conflict between local indigenous people and the Bengali settlers. Today much of the tribal land in the area is controlled by the mainland settlers, despite papers that prove indigenous ownership.Indigenous communities in the Hill Tracts have traditionally depended on the forests for their livelihood. Pressures on their natural resources have affected social indicators such as health, education, and nutrition. Social services in the area are grossly inadequate because years of conflict have kept development organizations away. In general, indigenous communities in Bangladesh have high levels of poverty and illiteracy and are unaware of their basic rights.

During the course of his legal studies, Karuna learned that by filing writs of habeas corpus he could challenge detention orders in the Supreme Court. When Karuna began litigating these detention cases, he came under the scrutiny of the intelligence branch of the military. He decided that to appear in court by himself would be risky. Thus, in his first detention case he did all the paperwork himself but approached a senior lawyer to argue the case in court. This approach has worked well in all his cases. By linking up with different senior lawyers and human rights organizations, Karuna has been able to build a network for greater awareness and information exchange. The lawyers usually work pro bono or charge a nominal fee. Human rights organizations and, in some cases, tribal community members themselves pay court fees.Karuna's intervention generated three important reforms in the short term. First, instead of keeping detainees in custody for long periods without charge (a direct violation of the Bangladeshi constitution), authorities have to bring them to court within twenty-four hours of their arrest. Second, Karuna established access to the courts for tribal communities and began to break down their fears about the legal system. Now they seek legal redress for land rights claims and other matters in addition to illegal detentions. Finally, arresting and detaining persons became the sole responsibility of the police forces, limiting the powers of the army.Karuna was the first lawyer to initiate such legal proceedings. Since 1990 he has personally handled over 200 habeas corpus writ petitions and has obtained the release of all but one defendant. He has initiated close to 40 cases on behalf of victims charged with sedition and has won three. The remaining cases are in trial.Karuna is strongly committed to ensuring that violations of indigenous peoples's rights do not recur, and has started a comprehensive program to secure the enforcement of their rights. First, he has filed a petition challenging a government order that declared fifteen acres of forest a reserve off limits to the indigenous communities that depend on it for their livelihoods. Local indigenous people may be prosecuted for trespassing or utilizing the forests; however the government has taken no steps to rehabilitate these communities, either in terms of compensation or resettlement. Karuna feels that the environmental rights of these communities must be legally safeguarded against government violations. He is using the experiences of local indigenous populations to push for national legal reform and has recently obtained a stay against the government for not following proper procedure in implementing the forest reserve project.Karuna is developing a consulting service to help local communities use their resources more efficiently. Because it is difficult for victims's families to pay for court procedures, Karuna often advises clients to bring their cases directly to the High Court. He is also training a team of four human rights lawyers based in three districts of the Hill Tracts and in Chittagong City. This will allow him to transfer his methods and techniques to other lawyers and citizen sector organizations that can use his experiences to assist other indigenous groups and environmental campaigns. The legal precedents laid down by his work have enabled the Hill Tracts people to access the justice system and has raised their awareness of the legal issues which affect them.To spread his approach to tribal individuals outside of the Chittagong Hill Tracts, Karuna plans to create a lawyers association focusing on human rights and indigenous matters. He has already established connections with some senior lawyers and has plans to continue to strengthen this network. He has met and shared his experiences with Tibetan people who have suffered injustices under Chinese occupation very similar to the Hill Tracts tribal people in Bangladesh. Very recently, he met with Malaysian indigenous people, 10,000 of whom face dislocation due to a new dam in their region.

Karuna Moy Chakma belongs to the Chakma community, the largest of thirteen indigenous groups in the Chittagong Hill Tracts. Four to five years before his birth, the Kaptai Dam submerged his family's property, leaving making them landless. His family was never compensated for the loss. When Karuna was only fifteen years old, the military detained him while he was preparing for his secondary school final examinations. During his detention, he was tortured with everything from electric shock to choking to assault with wooden and iron sticks. He was also given very little food. After one and a half months, he was brought before the magistrate who sent him to jail for nearly a year on the grounds that he had maintained contact with Shanti Bahini, the outlawed guerilla force. In jail he met many prisoners with similar cases. This inspired him to study law and challenge these arbitrary actions in the courts.When he was studying for his Bachelor of Law degree he founded the Hill Student Union of Rajshahi University. The group, now called the Hill Student Council, has branches in several universities throughout Bangladesh.Initially, Karuna found encountered stiff opposition trying to convince the community to take action. The victims's families refused to take their cases to the Supreme Court because they feared that such an action would lead to further reprisals. After much persuasion, he managed to convince the wife of Bijoy Keton, the Convenor of the Hill People Council who had been detained under the Special Powers Act (1974), to file a writ petition. This was the first petition to successfully challenge to the detention of indigenous people in the history of the Hill Tracts. The court declared the detention to be illegal and released Bijoy Keton, opening a new chapter for tribal people in the area. When Bijoy Keton was released from jail he brought with him the details of all the other prisoners who had been similarly detained, setting in motion a series of writs challenging the detention orders.