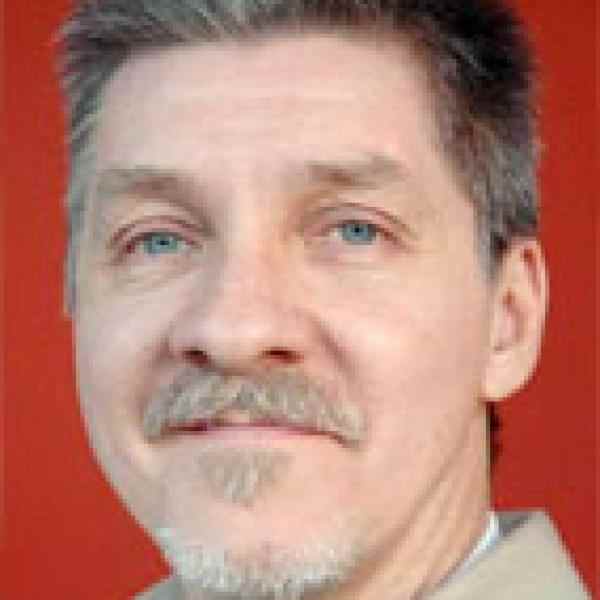 Jorge Cappato is expanding riverine communities’ economic opportunities in northeastern Argentina by redefining the role they can play within the fishing industry’s value chain. Jorge is thus preserving their culture and identity, increasing their well-being and mitigating their economic need to migrate to urban centers.

Riverine communities in Argentina are among the poorest in the country and have for years been forgotten by government and marginalized by large agricultural corporations. Jorge seeks to redress the economic viability of these communities by helping them devise productive strategies that redefine the role of local inhabitants in the fisheries’ value chain. Jorge recognizes that cultural preservation does not have to come at the expense of economic independence, and argues that for this independence to be sustainable culture can play a vital role. He works with northeastern riverine communities to increase their quality of life by unleashing their productive capacity, using culture and identity as one of their main assets. Local knowledge and motivations are central to the approach. Because some of the people most affected by the region’s poverty and environmental degradation are the youth and the women, Jorge focuses a good deal of his interventions on these two segments of the population. As a result of his work, hundreds of jobs have been created, the income of participating fisher-families has more than doubled. In addition, by creating viable, local economic opportunities, Jorge is mitigating the need of riverine communities to migrate urban areas.

A central aspect of Jorge’s work deals with creating strong networks amongst the inhabitants of riverine communities, including government officials and industry leaders. He has, for instance, led the creation of two associations, Redepesca and Recopades, communities of practice, whose main goal is to build knowledge and best practices around capacity-building and collaboration, and the sustainable use of natural resources in riverine and wetland areas. Such knowledge exchange in turn helps to improve the productive capacity of these communities, while also being instrumental in the proposition of new public policies.

Although the northeastern region of Argentina is one of the nations richest in natural resources, its population remains the poorest in the country. Of Argentina’s five most underprivileged provinces, four of them—Santa Fe, Corrientes, Chaco, and Entre Ríos—are located in the northeast. Fifty percent of the region’s population is said to live below the poverty line. Such factors as the monopolization of the agricultural sector by large producers, the migration of rural inhabitants to medium-sized and big cities, and ever-increasing unemployment rates, contribute greatly to this economic situation.

Amongst the Northeast’s most forgotten population are riverine communities. Their existence is constantly threatened as a result of their loss of access to natural resources, especially within the fishing industry. Insufficient measures have been taken to promote environmental preservation and the management of the fishing sector in the region. The large companies that have moved in to the area have not only taken jobs away from local fishermen; they are also causing grave environmental damage. The economic and social consequences for the small fishermen are obvious, but this situation also affects the entire region and its inhabitants’ ability to sustain themselves, be it through trade or tourism.

In addition, government services simply do not get to these riverine areas. This means that small fishermen and their families, for the most part, do not have access to social security, education, health or financial support. They are often “informal laborers”, and therefore do not benefit from recognized worker’s rights. These poor conditions increase the vulnerability of riverine inhabitants and lead many of them to leave their culture and communities behind to migrate to bigger cities in the hope of achieving a better quality of life.

The region also lacks networks that bring together fishermen, government and the industry. The fishing industry today does not rely on sustainable practices in terms of fish extraction, pricing strategies, and worker’s rights. There is a real need to develop initiatives in the region that promote environmental sustainability and increased productivity for the benefit of riverine communities. Unfortunately, riverine communities in Chile, Brazil and Uruguay, as well as in part of Africa and Asia, are equally invisible and marginalized. The need to intervene is real and it is urgent.

Jorge co-founded the Proteger Foundation, a citizen organization dedicated to the local economic development and environmental preservation of riverine communities, with a focus on influencing public policy and developing communities of knowledge and practice.

The Proteger Foundation works directly with fishermen communities. It has promoted the creation of four fishing cooperatives in various parts of the region. The foundation helps them develop and commercialize value-added fish products and derivatives. The cooperatives benefit from a range of supports including legal, marketing, product design, and microcredit services. The ultimate goal is to counteract the monopolization of the fishing industry by large corporations, and ensure better revenue distribution toward small producers at various points in the value chain.

As a result of this work, Jorge and his team have created 200 jobs and helped fisher-families double their income. Most importantly, the Proteger Foundation is creating viable alternatives to urban migration—albeit, an impact that is difficult to measure. Whereas fishermen used to sell their fish at modicum prices to large corporations, because they had little bargaining power, by organizing themselves through cooperatives the power balance is beginning to shift. Moreover, the riverine communities now sell gourmet fish products that have been processed—by youth and women, for the most part—into smoked fish, fish pâté and high-quality artifacts made of fish leather, among others. Their newly acquired abilities allow them to increase the value of their products by 300 percent, without necessarily going through large intermediaries. In addition, by organizing themselves into cooperatives, fisher-communities have gained new rights, as they can now be official recognized as workers, toward whom the government has responsibilities.

The Proteger Foundation has created a microcredit fund that allows fisher cooperatives and associations in Sante Fe, Chaco, and Entre Ríos to develop other productive projects. Jorge’s organization has for example supported 25 families to purchase small boats for an ecotourism enterprise. Although such initiatives have important economic repercussions on these communities, they are also instrumental in restoring their self-esteem and catalyzing greater aspirations.

After working diligently with fisher-communities, Jorge realized there were certain needs that could be addressed through the development or adaptation of technologies. The Proteger Foundation therefore began designing and promoting the implementation of socially appropriate technologies, incorporating the use of renewable energy, in order to increase the quality of life of riverine communities while protecting the environment. The foundation has partnered with the Universidad del Litoral to deliver and develop various capacity-building courses on the use of such technologies in various regions of Argentina. Together they have for example created environmentally friendly and affordable refrigeration units. They are thus giving fisher-communities the opportunity to sell the fish on the market themselves instead of having to sell it quickly to intermediaries at a very low price.

The Proteger Foundation is notorious for its work on developing and pushing for adequate legislations that promote the economic development of Argentina’s northeastern communities. The Proteger Foundation has played a fundamental role in the establishment and implementation of Santa Fe’s Provincial Fishing Law. One of its most important contributions has been to create regulatory norms on catching, breeding and farming fish. This law also regulates research and capacity-building; commercialization and industrialization; monitoring of the fishing industry and the registration of any boat, or fishing product and its derivatives. In order to agree on the contents of this new law, Jorge led a series of participatory debates that brought together riverine communities, industry leaders and government officials. The law, and the process through which it was developed, have since become models on the matter in Argentina. In addition, it has led to the creation of the Regional Treaty of the Northeast for the Sustainable Management of Fishing Resources; a treaty which is now ratified by the executive branch of three provinces in the region.

Jorge and the Foundation are locally and internationally recognized as leaders in environmental protection, especially as it relates to riverine and wetland communities. He has developed strong communication strategies that have played an important role in positioning his organization as a leader in Argentina. For example, Jorge’s organization’s website is the second most visited environmentally focused website after Greenpeace. The Proteger Foundation is a member of the International Union for Conservation of Nature (IUCN), the Alliance of the Paraguay-Paraná System, the Community Network of Artisan Fishermen for Sustainable Development (RECOPADES) and of the Waterkeeper Alliance, among other international networks. Jorge has also played an instrumental role in the creation of Redepesca in Argentina, a network of 20 fishermen groups and communities operating in five different provinces. The network serves a total of 3,400 families and fishermen. Redespeca focuses on the development of public policies, knowledge sharing and capacity-building directed at fisher-communities, government officials, and other actors that affect the fishing industry.

Jorge has begun spreading his work to fisher-communities in Bolivia and Paraguay, and is sharing knowledge and best practices with organizations in Brazil, including that of Ashoka Fellow René Schärer.

Jorge was born and raised in the province of Sante Fe, in direct contact with rivers and riverine communities. His grandfather was a fisherman and taught him to love and appreciate nature’s gifts. These early connections with the environment have shaped Jorge’s life and aspirations.

From an early age, he demonstrated a strong interest in the intersection of environmental preservation and social change. At the age of 12, some of Jorge’s favorite things to do were to teach his young neighbors about the structure of atoms, hunt lizards to study them, and row throughout the Paraná streams. In 1978 Jorge was invited to join a group of ecologists for which he dedicated many volunteer years to further environmental conservation. He also worked for many years to establish and strengthen provincial and national environmental movements by organizing numerous events. Jorge’s leadership was instrumental to the establishment of the First National Meeting of Non-Government Environmentalist Organizations that took place in Santa Fe in 1983.

During the 2000s Jorge worked diligently to address the effects of Argentina’s economic crisis on artisanal fishing communities. He began focusing on network building to strengthen existing organizations—i.e. through the creation of Redepesca—and developed capacity- building workshops to improve the education of riverine women and youth.

As of 2010, Jorge is the President of the Regional Committee of South American Members of the IUCN, as well as its national coordinator for Argentina. In addition, he has led the development and implementation of the Communication, Education and Public Awareness Program of the Ramsar Convention on Wetlands in Latin America.

Jorge considers himself to be a social facilitator in northeastern Argentina, the Plata Basin, and South America. He is an innovator, and a communications specialist, who has developed new methodologies to address socioeconomic issues affecting riverine communities.