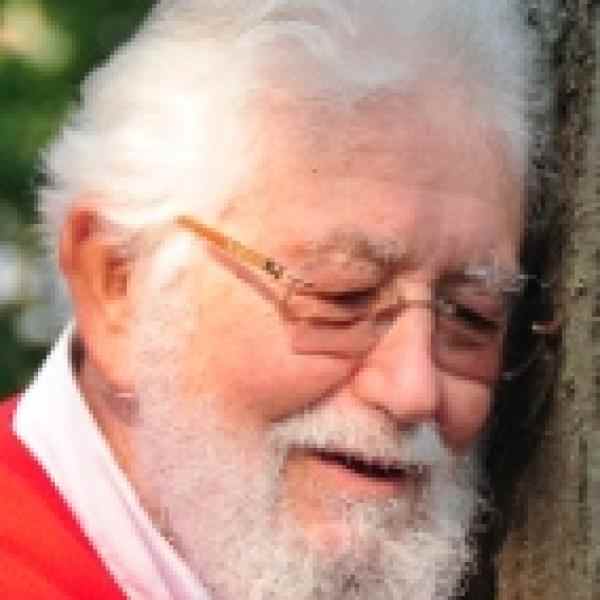 TEMA, The Turkish Foundation for Combating Soil Erosion, for Reforestation and …
http://www.tema.org.tr/
TemaVakfi
Hayrettin Karaca has dedicated his life to tireless advocacy and support for the protection of soil and natural habitats, combining successful entrepreneurship with effective environmental leadership. Through his work, Hayrettin has mobilized more than half a million citizens to become active members, volunteers and donors.
Hayrettin was the first to identify and publicize soil erosion as a serious threat to Turkey’s environment as well as to its economic and social life. Until then, soil erosion was an issue limited to a few experts in academia who failed to produce practical solutions or to sensitize the government and the public. In addition to being the first to put the issue on the public agenda, Hayrettin was also the first to realize that environmental degradation could not be solved without addressing the human factor in Turkey.

Hayrettin was able to combine this insight on the depth of soil erosion’s causes and effects with new interventions targeting human populations commonly seen as accelerators of soil erosion. He introduced various alternatives to alleviate poverty in rural areas including good agricultural practices, eco-tourism and beekeeping. Hayrettin founded TEMA—the Turkish Foundation for Combating Soil Erosion and for Reforestation and the Protection of Natural Habitats—a vast network that has achieved significant national impact both for the environment and across the social fabric of the country. TEMA, provides livelihood projects along with advocacy and education programs, such as trainings for farmers on soil and technical issues. It also provides awareness-raising activities for all age groups across Turkey.

Hayrettin’s first level of impact has been to make the environment a public issue and demonstrate that a life in harmony with nature is possible. Over time, Hayrettin and his organization also became a vehicle to mobilize people not only to protect nature, but also to experience volunteering and community service for the first time. Starting in kindergartens and organizing at primary, secondary, and higher education institutions, TEMA has delivered training programs and instilled values such as respect and consideration for one’s fellow humans and natural habitat in individuals of all ages. In this sense, it has become more than an organization; today, it is a strong and countrywide network of individuals, ideals and values. In recent years, TEMA has expanded its programs to Germany, Belgium and the Netherlands, where large communities of Turkish migrants are present.
Today, soil erosion affects 90 percent of Turkey’s land area and 750 million tons of topsoil (500 million being agricultural land) is washed away annually. In addition, 50 billion cubic meters of water from rainfall is lost each year because it cannot be absorbed into the rainfall cycle. The result is an irreversible environmental disaster where agricultural and grazing lands are being destroyed, also posing a severe threat to Turkey’s exceptionally high biodiversity (10,000 plant species, 3,000 of which are endemic). Experts estimate that if today’s rates of erosion continue as they are, most parts of Turkey will become desert in less than 55 years. This fact has profound implications for both nature and Turkey’s people and society.

On one hand, humans are causing the erosion. Harmful agricultural techniques, clearing forests to open more fields, and industrial expansion over agriculture land (which is not protected well by public policies) are some of the factors that accelerate soil erosion and landslides. All of which also provokes flooding.

Humans are also victims of erosion. Environmental degradation reduces agricultural productivity, ultimately making land unsuitable for agriculture. As agricultural productivity declines, rural-urban migration hastens causing great social and economic problems both in rural and urban areas. Rural areas lose many of their most able people, while urban areas with limited infrastructure struggle to accommodate the new arrivals. Hundreds of thousands of migrants are fleeing to large urban areas such as Istanbul, and Ankara—where they often live without access to good jobs, proper sanitation, water, or other basics.

Soil erosion and other environmental damages threaten the balance of life all across the country, and they are pushing many people, both rural and urban, towards poverty.
Hayrettin seeks to (1) Change how the public thinks (2) Change policy and (3) Introduce and spread economically attractive and environmentally friendly new chains of rural production.

First, Hayrettin implements new business models that create environmentally-friendly alternative income opportunities for local people such as beekeeping, the introduction of good agricultural practices, eco-tourism, fruit cultivation, horticulture and reforestation, he provides training for farmers all across Turkey. He disseminates the knowledge and know-how derived from these applications on the national and international level and seeks to learn from international best practices that can also be applied in the Turkish context.

Second, through TEMA, Hayrettin runs a strong education program, which is vital to create public awareness about the environmental, economic, and social threats posed by soil erosion and deforestation. TEMA has trained thousands of opinion leaders, including teachers, governors, clergy, police, and army officers. TEMA’s educational programs have reached more than 2.5 million people, resulting in 64 percent of adults being aware that soil erosion is an urgent threat to Turkey.

Hayrettin and TEMA also strategically combine these programs with advocacy efforts, both by campaigning for legal reforms to protect the environment and by taking legal action against illegal activities. TEMA was also the driving force behind Turkey’s ratification of the UN Convention on Desertification, the ratification of the Pastures Act by the Turkish Parliament, and the now active enforcement of the Law on Conservation of Soil and Land Management. TEMA’s advocacy work has produced exemplary court decisions and has achieved significant policy impact on the national level.

TEMA currently has 500,000 volunteer members, clubs in 112 universities, 550 voluntary representatives and over 100 scientists and legal advisers who offer their time and expertise on a pro bono basis. In addition to volunteer contributions, these individuals act as ambassadors of the organization’s ideals and values at their homes, work, and communities.
Hayrettin, considered the father of Turkey’s environmental movement and nicknamed “grandfather erosion,” is a successful businessman-turned-environmental social entrepreneur. For the first 50 years of his life, he built a successful textile business, and yet, his love for nature has an even longer past. A true believer in living in harmony with nature, Hayrettin established Turkey’s first botanical garden in Yalova (a northern city in Turkey) in 1980.

While searching for new plants to showcase in his botanical garden all across the country, Hayrettin had the chance to witness first-hand the extent of the threat of soil erosion in Turkey. He also realized that environmental issues were almost never a topic on the public agenda, and a majority of people lacked knowledge about ecology.

Motivated by a deep concern about environmental degradation in general and soil erosion in particular, he established TEMA with his friend, Nihat Gokyigit. He has dedicated the rest of his life to minimizing the negative effects of humans on the environment by developing and spreading new alternatives and as a spokesperson for the cause, at times risking his personal security and well-being. Hayrettin’s individual sacrifice and dedication has set an example for many, inspiring Turkish citizens to take an active role in issues that are close to their hearts and to become changemakers.
Deceased