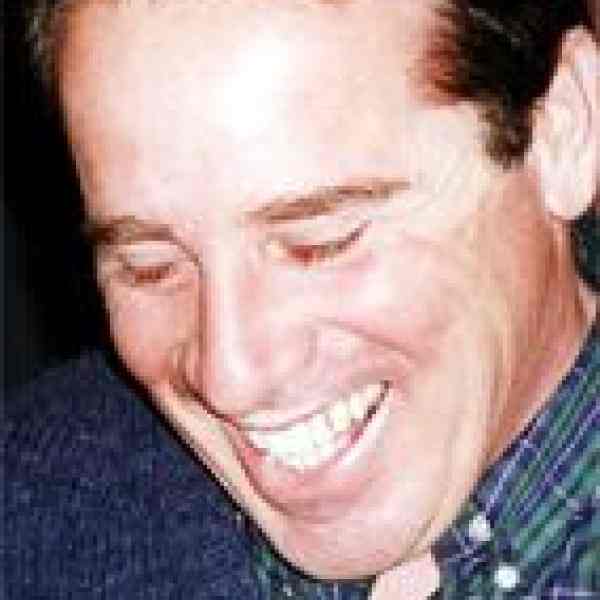 In Patagonia, in southern Argentina, Germán Pollitzer is developing a comprehensive set of programs that will enable indigenous communities to introduce sustainable methods of agricultural production and improve their living conditions while preserving their cultural values and heritage.

Germán Pollitzer's initiative embodies two central concepts. The first is that a successful "development model" for indigenous communities requires a carefully coordinated combination of activities, including steps guaranteeing secure title to the lands that they occupy, the development of new educational opportunities of high quality and relevance to community needs and the introduction (or reintroduction) and nurturing of sustainable methods of agricultural production and land use. The second central concept is that each component activity must be sensitively attuned to the cultural traditions and values of the indigenous people, eschew paternalistic, "top-down" approaches and enlist, from its start, the vigorous participation of the communities involved.In association with his colleagues in a Patagonia-based nongovernmental organization, the Cross-Patagonia Foundation, Germán is implementing the first of those concepts through several mutually supportive endeavors. He has long been engaged in a lengthy and continuing effort to obtain land titles and record them in a "civil registry" containing the basic documentation required by the relevant law. In 1995 he launched a new bilingual boarding school with an unprecedented curriculum painstakingly attuned to the economic and social needs of indigenous communities. He has also developed a demonstration farm, now in operation, that is closely linked both to the school and to a series of "satellite" farms in the surrounding region.The second concept is the essential and defining ingredient of all of the activities in which he is engaged. He is not attempting to "save" indigenous communities by enticing them to adopt "superior" modern technology. Quite the contrary, the production techniques that he is nurturing and the habits of communal interaction that he is encouraging reflect local customs and culture. And, thus derived, they are attracting the full and committed participation of growing numbers of indigenous communities.

In Argentina and Chile, indigenous communities have been largely excluded from the economic gains and expanding opportunities that many of their fellow citizens of European descent enjoy. In Argentina, there are some 50,000 indigenous people and more than 200,000 people of mixed race in Patagonia, and 300,000 indigenous people in the northern region of the country. In Chile, more than 200,000 indigenous people inhabit the country's southern regions, and there are hundreds of thousands of people of mixed race in that region and elsewhere in the country. Most of these people eke out meager livings, with little or no access to the social assistance and benefits that many of their urban counterparts enjoy. For most indigenous communities, prospects have been limited, and hopes dimmed, by the absence or inadequacies of educational opportunities. And in most indigenous communities, the dominant mood is characterized by resignation or despair.

Those sentiments reflect long experience with bias, discrimination and violent assaults from their fellow citizens of European origin. Since the late 1800s, the Mapuche people, and other indigenous groups in Argentina, have been driven from the lands that they had traditionally occupied and cornered in areas where survival conditions are harsh. On repeated occasions, when their new places of residence were found to have significant economic potential (in the form of minerals, timber or oil), they have again been forced to uproot themselves and move to other areas. And deprived of secure possession of the lands that they occupy, they have turned to short-term survival strategies with disastrous environmental consequences.

Since the re-establishment of democratic rule in Argentina in 1983, there have been slow but significant improvements in the circumstances of indigenous communities in that country. With the aid of sympathetic government officials and nongovernmental organizations, many such communities have gained title to the lands that they currently occupy. With that underpinning, they have also embarked upon community development ventures that are laying the necessary foundations for rebuilding the complex structures of effective, well-functioning communities.

But the plight of indigenous communities remains extremely harsh. Unemployment is rampant, educational opportunities of appropriate quality and relevance to their needs are scarce and young people continue to flee their homes and families in search of jobs and a better life in the city. State farming schools have been tested in several provinces, and some indigenous children have benefited. But most such attempts have faltered or failed as a consequence of inadequate and irrelevant content, mismanagement and bureaucratic inertia. Similarly, many community development initiatives have withered as a result of the lack of a productive "engine" to sustain their activities and the use of "top-down" approaches that have failed to enlist the energies and commitment of the communities that they were intended to serve. In addition, since bilingual education is exceedingly rare and many children spend long periods of time away from their families in resident, Spanish-medium schools, identity building is seriously impaired, and mounting "generation gaps" compound the difficult task of building viable and sustainable communities.

The strategy that Germán and his colleagues are employing builds on the work of the Cross-Patagonia Foundation over an eighteen-year period. In addition to its support for efforts to obtain communal titles to land, the Foundation has developed teams of agricultural extension agents who help bring sustainable production techniques to family and communal farms, spearheaded reforestation efforts and introduced a heavily utilized communal transportation system. The key elements of Germán's present initiative include a new agro-technical school and a physically adjacent demonstration farm.

The new school provides boarding facilities for its students and offers a curriculum that is novel not only in its bilingual approach but also in the range of subjects that it includes. Courses are offered in indigenous languages, and, while agricultural and technical subjects and the underlying physical sciences are emphasized, students are also provided with instruction on such topics as civil rights (including women's rights and legal protections against domestic violence) and sex education. Field trips (including court visits where they witness trials involving spousal abuse) are also part of the curriculum, and students put much of what they learn in the classroom into practice at the nearby farm.

The farm also serves as a demonstration, or model, facility for irrigation and water management practices, crop management and related infrastructure development. It is closely linked to "satellite farms" throughout the region and hosts a farmers' market, where products are sold without the costly services of intermediaries. The demonstration farm also operates a novel revolving lending scheme that enables the satellite farms, which are typically operated by groups of families, to obtain loans in the form of baby pigs, llamas, seeds, trees, tools, etc. (When the loans generate sufficient product, they are repaid to the model farm, and the generally in-kind proceeds are then re-lent to other farms.) And the satellite farms serve, in turn, as models for the many small farms in their vicinity.

Though still in their infancy, both the school and the demonstration farming system are attracting considerable attention, and the relevant governmental ministries and agencies regard them as models for replication throughout the country's rural areas.

Growing up in a well-to-do family and comfortable circumstances in Buenos Aires, Germán went to British schools and played rugby as a youth. At the age of sixteen, he met his future wife, whom he married five years later, upon completing his legal training. Soon thereafter, inspired by a service ethic, Germán and his wife and a group of friends moved southward some twenty years ago to assist in the development of the Patagonian region.

In Patagonia, Germán began working as a "public defender for the poor and minorities" and established the first mobile system for the provision of public services in the region. In that assignment, he quickly developed a sensitive understanding of Mapuche reality and a profound respect for their cultural values and heritage. In l979, moved by those sentiments, he and others of like mind founded the Cross-Patagonia Foundation.

Germán's work in support of Patagonia's indigenous people has received growing attention and recognition, including an award from the Partners of the Americas and an appointment to a prestigious fellowship by the W. K. Kellogg Foundation. But in 1991, he was the victim of a politically motivated maneuver (of an opposition party seeking to destabilize the provincial government), in which he was falsely accused of using his public defender's position and his close ties with the Mapuche people to facilitate-and derive personal profit from-adoptions of Mapuche children. The charges were eventually proved baseless and their political motivation unveiled. But that experience, and the strong support of Mapuche communities and Foundation colleagues during those trying times, confirmed Germán's growing resolve to devote his full energies to the initiative described above. Germán no longer serves, therefore, as a public defender, but, affirming their respect for his unswerving commitment and talented contributions to their cause, the Mapuche communities have asked him to become their legal counselor.