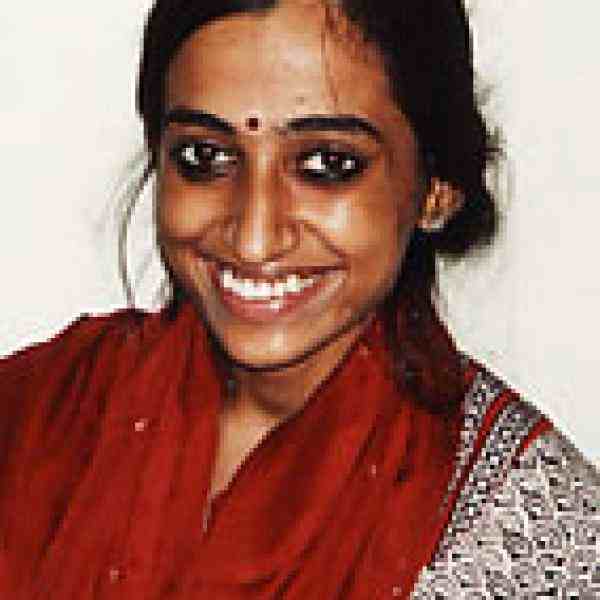 Ashraf Patel has created a multifaceted curriculum for schools and colleges that sensitizes Indian urban youth to widespread social issues. In doing so, she provides them with the intellectual framework and opportunities for strong and socially responsible leadership.

Ashraf Patel&#39;s organization, Pravah-Smile, offers students a curriculum that, for the first time, looks beyond a prescribed syllabus and initiates youth to practical decision-making within a complex context of social problems. Her goal is to create a new generation of receptive, aware and responsible decision-makers. She says, &quot;We feel that we must instill awareness and sensitivity towards societal issues in young individuals who will be the decision-makers and leaders of the future. Typically, these are the youth who have better opportunities today.&quot; She believes there is an urgent need to help train tomorrow&#39;s leaders to build institutions that will prevent social conflicts from taking place rather than perpetuating the cycle of ill-timed and ineffective responses after the occurrence of a conflict.
Ashraf is working with students who attend elite schools and colleges– the country&#39;s historical breeding ground for its leadership. As an alternative to moral values education courses, Ashraf&#39;s curriculum is flexible and interactive. It helps students to look inward, probe into their immediate and extended roles within a community, and then connect to a broader social context. Thereafter, through group activities such as games, group discussions, role play, residential workshops, theater and music, students help one another (with the assistance of moderators and resource people), to confront and analyze conditioned values, biases, stereotypes and social trends. These studies and exercises help them realize that social responsibility is a logical progression of self awareness. The students are also helped to acknowledge the need for responsible interaction with the community and the larger society.
The Pravah Smile curriculum has separate programs for schools and college students. While the basis structure is the same, the programs vary to match the intellectual and emotional maturity of different student groups. Participatory exercises and workshops that make up the curriculum have been created after much research on studies in human resource development and social work. They also draw upon the knowledge, skills and experience of resource persons who work in theater, the arts, and community activism. &quot;The purpose,&quot; explains Ashraf, &quot;is to provide students the opportunity to interact with people who question conventions, are committed to unconventional areas of work and have managed the compromises and the tensions.&quot;

Historically, India&#39;s leaders and decision-makers have come from urban elite schools and colleges. These learning institutions have done little to provide an intellectual and values framework for students that helps them cope with the myriad tensions of the country or helps lessen cultural and other socially divisive factors. Although some curriculum time at some schools is devoted to social work and community development, it is unstructured and unimaginative. Little or no information is provided to students about the context, planning or the general scope of the program in which they are involved. There is no sustained involvement in social work projects and the few hours spent are inconsequential for the students. They do not see the value of participation in community development projects or realize the need to acknowledge and take seriously the people to whom they are exposed for too short a period of time.
A rigid syllabus in schools and colleges does not provide the tools or the skills for leadership. Neither does it encourage an open mind to alternatives. Thus, individual creativity and practical problem-solving skills take second place to competing for good grades, which are perceived as the foundation for prosperous careers. The pressures of consumerism and the media diversions have further reinforced stereotypes, images, idioms, jargon and lifestyles, thus confusing Indian students about the social reality and their ability to relate to it.

The Pravah-Smile curriculum begins where most Indian schools and colleges stop. It connects introspection with the opportunity to translate thought into action. It does so by walking students through three stages: The first stage, &quot;From Me to We,&quot; deals with the overall personality development of students. They are encouraged to move toward self-awareness, look closely at values and attitudes, investigate creative problem-solving and communication skills, and explore leadership incentives. The second stage, &quot;Together We Move,&quot; finds students participating in group activities, group decision-making, effective communication and interpersonal interaction.
The first two stages lead to the critical third stage, &quot;We Are the World,&quot; during which students are introduced to topical issues and societal trends–communalism, violence, environment, gender relations, etc. After informal discussions and information exchange, resource people working in various fields are brought into classrooms. They involve students in well-researched exercises at challenging myths and stereotypes and help them see the micro and macro sides of issues. Finally, students are encouraged to put aside a week of their annual vacation to volunteer in an organization of their choice.
At the college level, the program makes good use of campus excitement and draws students on a voluntary basis through workshops in theater, music and behavioral exercises. Afterward, they participate in the next stage–a residential orientation workshop. When that is completed, the students are placed in various community organizations for hands-on participation in the administration of the organizations or the projects run by them. With this kind of program, students experience the rigors of a first-hand experience in the field. More importantly, they are also exposed to a new career option in development. Some students eventually choose to join the full-time, paid staff at the organization.
The Pravah-Smile program has been incorporated in the annual curriculum of five schools in Delhi. Ashraf and her team conduct 40 to 45 sessions annually in each school with two groups of high school students, divided into groups of 25 to 30. The median age of students is fourteen to seventeen years.
Additionally, Ashraf also conducts workshops in colleges and schools in other areas. She has drafted a training course for social workers to place her model in other schools for use by their in-house staff, thereby facilitating quicker outreach to more schools. The long-term vision of the Pravah-Smile team is to have the model approved by the Central Board of Secondary Education and incorporated as part of the regular school curricula across India and parts of Southeast Asia.
To maintain continuity with former student participants, regular meetings are held to share experiences and opinions. Most are enthusiastic emissaries of the program, spreading the work within the student community and encouraging others to participate as resource people or through the introduction of the program into additional schools.
To take her program to the next stage of conceptual growth, Ashram is planning a youth placement program to help young people become involved with citizen social change movements and organizations around the country. She is also creating a training course in social entrepreneurship to promote the field as a viable career option for young people.

Ashraf Patel&#39;s ability to envision, create, and spread her innovation is fueled by a rare mixture of keen intelligence, youthful idealism, and a strong family background that embodied independent thinking, tolerance, and social commitment. Her father, a civil engineer, is a Muslim and her mother, a former college professor, is a Hindu. The youngest of four children, Ashraf grew up in a liberal cosmopolitan environment. Ashraf and her siblings were not initiated into Hinduism or Islam. They were expected to decide on their religious preferences responsibly when they were adults.
She attended Hansraj College in Delhi, majoring in Physics. Ashraf says, &quot;It made me uncomfortable to think that as students of a premier college, we had access to so much and we took it all for granted.&quot; Her need for a complete campus experience crowded her life in college with activities such as sports, cultural activities and study of behavioral patterns.
After graduation, she attended the Xavier Labor Relations Institute in Jamshedpur to obtain a post-graduate diploma in Personnel Management and Industrial Relations with a specialization in Human Resource Development. Of that experience, she says, &quot;...[W]e were a group of different people, each one with a special skill. So, as friends, we drew on each other&#39;s interests–theater, adventure, sports, development, etc....I later realized that exposure to different interest areas and people was essential for everybody,&quot; recounts Ashraf. She first chose work in a financial services company as Manager of Human Resources and encountered parochial, close-minded thinking among her colleagues, some of whom were highly regarded professionals at the senior management level. She made a career switch by going to work for a community project with slum children.
With the very real threat of imminent devastating communal warfare, the demolition of the Babri Mosque, in Ayodhya, Uttar Pradesh, stirred Ashraf to become involved in the peace committee of local residents associations that worked to stop the forced eviction of Bangladeshi refugees in the nearby locality. She also joined an academic activist group in Delhi formed to fight against the spread of communalism, but discovered she could not relate to their radical approach. The demolition of the mosque and its aftermath inspired Ashraf to make and focus on her career decision. Drawing from her diverse experiences, she realized that people needed a process of social sensitization that begins early in school and is designed to involve the large and crucial Indian middle class. After testing the model in a school, she set up Pravah-Smile.