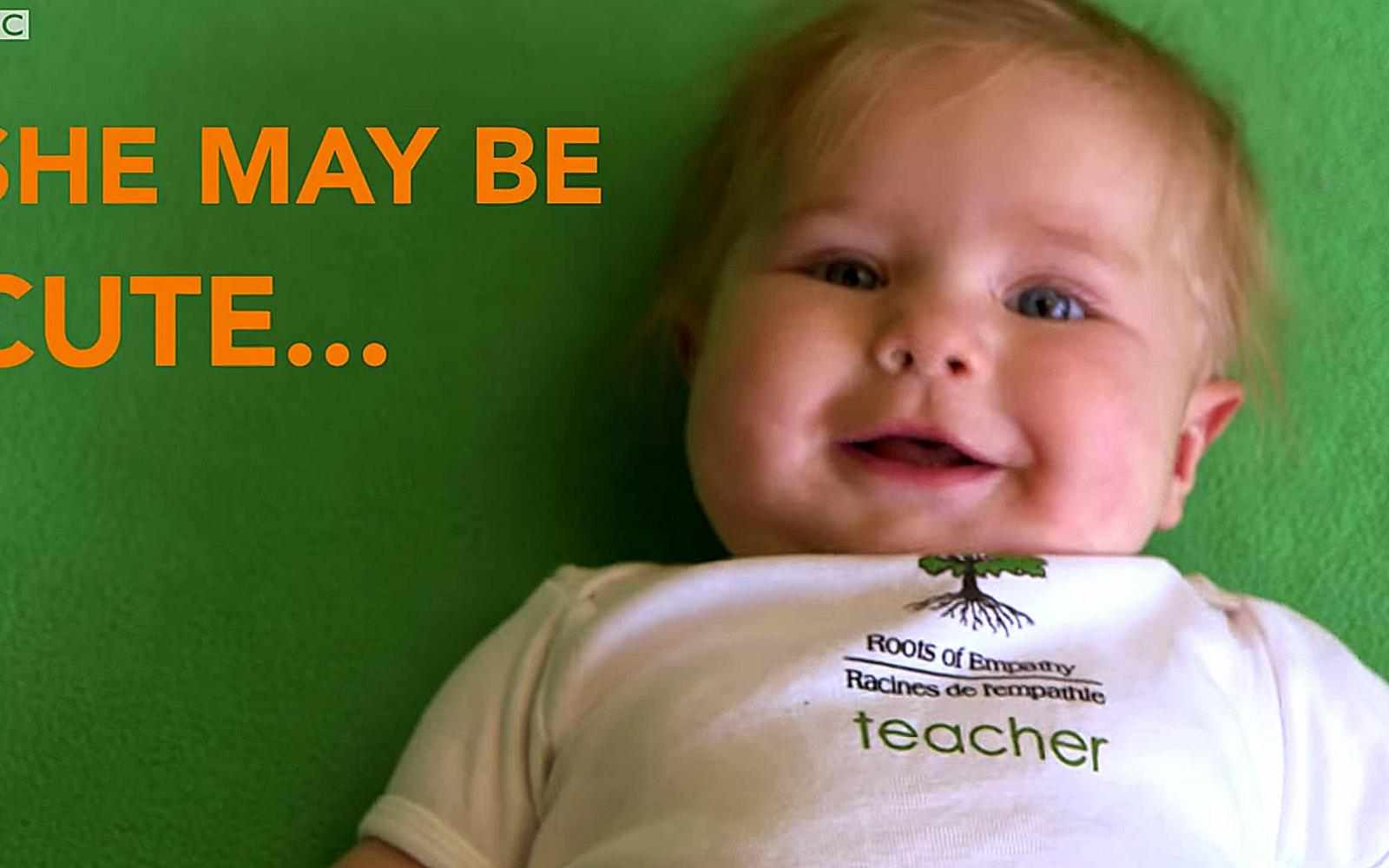 This article originally appeared on BBC

Naomi isn’t your average teacher. For one thing, she’s only seven months old. But in many schools across Canada babies like Naomi are a regular feature at the front of class.

It’s because of an education program called Roots of Empathy, which is designed to encourage kids to be kinder. The idea is that because a baby can’t explain and externalize how it’s feeling, children learn to recognize and identify the baby’s emotions, and become more emotionally astute themselves. It’s been proven to reduce bullying. World Hacks visits a school in Toronto to see how it works.

Ashoka Fellow Mary Gordon: "Empathy has emerged as a critical 21st century skill as countries around the world are desperately seeking ways to reduce violence and foster inclusion. I created Roots of Empathy in 1996 to answer this call. My mission is to build caring, peaceful and civil societies through the development of empathy in children and adults.

"My vision is to change the world, child by child. In the short term, my program raises levels of empathy, resulting in more respectful and caring relationships, and reduces aggression, including bullying.

"In the long term, it builds the capacity of the next generation for responsible citizenship and responsive parenting. I have successfully developed Roots of Empathy’s evidence- and school-based programs in twelve countries on three continents, reaching close to a million children worldwide. We continue to expand internationally, reaching children in rural, urban and Indigenous communities, with the support of governments, foundations and corporations who value these programs.

"I'm a graduate of the Ashoka Globalizer program and speak internationally on the topics of empathy, child wellbeing and resilience, child protection and violence reduction. I have consulted on policy with governments and international NGOs such as the World Health Organization.