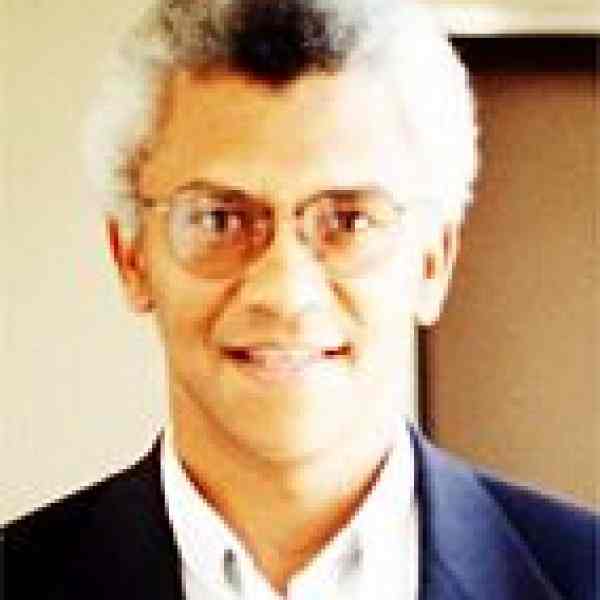 Seizing the opportunity posed by a nation-wide curriculum reform, Peter Volmink is working to introduce effective instruction about human rights in South African schools. As a member of an advisory committee and related task forces that are helping the Department of Education construct and implement the new curriculum, Peter has won the necessary approvals for the inclusion of a human rights component. He is now seeking broad support for that element of the proposed reform among school administrators, teachers and other groups, preparing needed teaching materials, and developing related teacher trainingworkshops.

Beginning in 1998, the curriculum of most South African schools will be overhauled in an effort to introduce subject matter that was completely excluded, or available only to a small minority, during the apartheid era. In Peter Volmink's judgment, the proposed reform presents an extraordinary opportunity to make the schools a major vehicle for enhancing public awareness of rights that were widely abused (and not always well understood) under the apartheid regime, and for deepening the commitment of South Africans of all races and backgrounds to the vigilant defense of those rights. After an intense and lengthy personal effort as a member of a committee that is helping guide the Department of Education's reform initiative, Peter succeeded in gaining the Department's endorsement of the inclusion of human rights in the new curriculum, both as a unit of study and as a cross-cutting theme to be used in animating other subjects. But he knows that much more work is required to translate that mandate into concrete and effective measures that will assure the attainment of his goal. He is thus engaged in a systematic effort to mobilize the full and enthusiastic commitment of school officials, teachers, and other community leaders for effective rights education in South Africa's schools, to develop appropriate teaching materials, and to organize related teacher-training workshops throughout South Africa.

South Africa is engaged in a transformation of historic proportions and global significance. In a chain of events that included the release of Nelson Mandela from prison and the legalization of the African National Congress (ANC) in February 1990, the national elections of April 1994, and the inauguration of Nelson Mandela as South Africa's President in May of that year, long-awaited changes have been introduced at a pace that few observers thought possible a short decade ago. But democracy is still fragile in the South African setting, and much remains to be done to instill a "human rights culture." During the apartheid era, when the rights of the majority of South Africans were gravely and unrelentingly abused, human rights education had no place in the curricula of the country's government-operated, racially fragmented school systems. Fortunately, nongovernmental initiatives, including public interest law and legal service organizations, legal clinics, the "Street Law" program (with which Peter was long associated), and similar undertakings did what they could to inform people of their rights, seek rights protection, and demonstrate that law-too often perceived as an instrument of oppression-can also be an effective tool for realizing rights long denied. But even today, many, and perhaps most, South Africans have little awareness of what their rights are, and of how to gain their protection. With a rapidly growing population, South Africa is a "young" country, and the vast majority of its youth are growing up in households where their parents, or other family members, have been victims of flagrant rights abuse. They are also growing up in a society in which violence is an all too common means for "settling differences" and pursuing political ends. In that setting, the need for well-conceived and sensitively presented rights education in the schools is particularly pressing. The development of effective human rights education in South African schools will be a difficult task. Some well-tested and culturally attuned teaching materials already exist, but additional materials that build on familiar values and relate effectively to the everyday experiences of school-age children will be required. The support of school administrators will also need careful nurturing, and teachers will need to be trained for their new rights education responsibilities. But the task is also of central importance for the consolidation of South Africa's recent democratic gains, the secure establishment of the rule of law, the protection and continued growth of the country's vibrant civil society, and the opportunities of all South African citizens to achieve their full human potential.

The strategy that Peter is employing to assure the introduction of an effective human rights education program in South Africa's schools has two major elements. The first is to use the remaining stages of the lengthy, and politically and substantively challenging, national curriculum reform initiative in the Department of Education both to elicit the best ideas possible for an effective approach to rights education in South African schools and to assure that a well-conceived plan for rights education is part of the reform ultimately introduced. The second is to develop new teaching materials that will equip many millions of young South Africans with a practical understanding of the rights that they are guaranteed under South Africa's new and pace-setting constitution and international human rights covenants, instruct them in how to obtain those rights, and enlist their commitment to the defense of those rights. In pursuit of the first of those tasks, Peter is using his membership in an advisory committee and related working groups in the Department of Education to engage teachers' associations and other interested parties in the process of finding the most promising ways for introducing human rights topics in the new curriculum and establishing related "learning programs" and expected "learning outcomes." He is also participating in the deliberations of a task force, with Department of Education, Human Rights Commission, Human Sciences Research Council, and UNICEF representatives, that will offer additional suggestions for the design and implementation of the human rights component of the new curriculum. In tackling the second major task in the strategy that he is pursuing, Peter is now directly engaged in the development of new teaching materials to introduce primary-level students to human rights concepts. He is devising materials that are rooted in South African daily life and draw on traditional values, including compassion for the less fortunate, working together, and mutual respect. He is also assembling a data bank of African stories for use in illustrating rights themes. Over the next year, he plans to expand that data bank and to work with specialists in early childhood development to determine how those stories can best be presented to capture the imagination of young children. He also plans to consult with teachers and parents across South Africa to obtain their opinions on such matters, and to share the advice that he receives with appropriate officials in the Department of Education. When this consultation process is completed, he will produce a draft set of materials and submit them to a Department of Education committee that is screening materials for use in the new curriculum. Peter is also planning a series of workshops, in all nine provinces of South Africa, that will familiarize teachers and school officials with the content of the materials that he is developing and instruct then in appropriate teaching methodologies for rights education. He is negotiating, as well, for the publication of the materials that he is developing in book form.

Peter Volmink's commitment to human rights and social justice did not originate as a theoretical, or academic, pursuit. It stems, instead, from painfully experiencing discrimination in his early childhood, and it came into sharp focus during the "Soweto" student uprisings that swept across South Africa in 1976, when Peter was sixteen. In 1977, Peter was elected to his school's student representative council, and he remained active in resistance politics throughout his school and university years. After completing his university studies, he joined a firm of attorneys where, for several years, he pursued his commitment to human rights in the litigation of a series of civil rights cases. In 1989, as cracks in the structure of apartheid were becoming increasingly evident, Peter joined the staff of the "Street Law" program, which is engaged in a broad array of efforts to help young South Africans from varied (but non-privileged) backgrounds gain a better understanding of their rights and of means for protecting them. Over the ensuing years, Peter developed new and imaginative methods for advancing that program's goals-through the use of youth camps, drama, art, music festivals, and other "non-conventional" mechanisms for enhancing young people's awareness of, and respect for, human rights. From 1989 until 1995, Peter served, successively, as the "Street Law" program's coordinator at the University of the Western Cape, as its regional director in the Western Cape province, and as its national director. In those several capacities, he took human rights education into prisons, which have been notorious for their rights violations, into farming communities in remote areas of the country, and into high schools, civic organizations, and factories throughout South Africa. And he used varied forms of what he calls "edu-tainment"-street theater, music, mock trials, art, and dance-to awaken interest in and support for human rights. Peter's innovative and unusually effective work is receiving growing attention, both in South Africa and abroad. In 1994, he was honored by Human Rights Watch, a United States-based international rights monitoring and advocacy organization, as a "Human Rights Monitor" of exceptional distinction. Through his membership in the Department of Education's Committee on Curriculum Reform and related working groups, Peter continues to devote his full energies and passion to the development of educational initiatives that will make respect for human rights an important hallmark of the "new" South Africa.