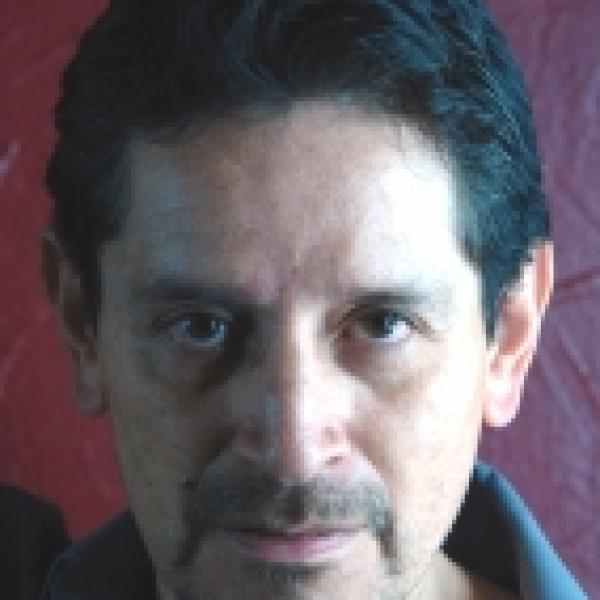 By combating human rights violations, homophobia, the stigmatization, and the discrimination of people infected with HIV/AIDS, Alejandro Brito’s network of organizations, offers an integral approach to achieve its goal of eradicating AIDS in Mexico by 2020.

Alejandro and his organization, Letra S have formed a broad network of public health CSOs and government agencies in breaking down the stereotypes about HIV/AIDS, helped start the most innovative and effective HIV/AIDS treatment centers in Mexico, and is making real progress toward the ambitious goal of eradicating AIDS.

Through a wide array of mass media, Alejandro is mitigating social prejudices about people living with HIV/AIDS and who identify as gay, lesbian, transgender or transsexual (GLBT) in Latin America. With a particular focus on humanizing those populations, Alejandro gives people living with HIV/AIDS a voice through his monthly publication in one of Mexico’s most important newspapers, “La Jornada.” Coupled with its various other communication strategies, Letra S has established itself as the most important HIV/ AIDS and homophobia news agency in Latin America.

Alejandro is also working to build infrastructure for those living with HIV/AIDS. Alejandro played a key role in the opening of the first clinic specializing in the treatment of HIV/AIDS in Mexico. Within the clinic, Alejandro also assisted in establishing the first human rights clinic that attends to abuses of human rights of patients with HIV/AIDS. This clinic works with lawyers and the Secretary of Health to report instances of human rights violations and effectively direct them to the appropriate governmental institution. Alejandro has replicated this human rights clinic model within the offices of public health institutions in Mexico to increase the attention given to HIV/AIDS patients and to shake the bureaucratic hold of the country's health system in order to improve public policy programs. To replicate Letra S’ services, Alejandro is using teams of local human rights promoters to train members of the target population on how to document discrimination cases and provide basic informative legal support. Because many of these promoters often belong to the corresponding communities, they have become points of confidence and support throughout their areas.

Alejandro connects key public health actors through multi-disciplinary partnerships all focused on the common vision of eliminating AIDS in Mexico. While this sounded unrealistic to many people a few years ago, Alejandro has persuaded a critical mass of people and organizations that this vision is possible, because the problem of AIDS is localized to one population segment in a few major cities.

Mexico’s overall infection rate for HIV/AIDS, 0.3% of the population from 15 to 49 years old, is among the lowest in Latin America and is lower than the USA’s rate. Among the GLBT community in major urban areas, though, the infection rates are similar to the worst areas of Africa, with 16% infection rates. These statistics demonstrate the need for information and infrastructure focused directly on these minorities who cross different segments of society.

However, cultural stigmas and long-standing discrimination against people living with HIV/AIDS and GLBT populations are primary obstacles impeding efforts at prevention. The stereotypical Mexican machismo culture leads many to believe that these social groups brought this disease on themselves and do not deserve specialized attention. This has led to lack of comprehensive HIV/AIDS education in all segments of the population, so there is low awareness about the factors leading to HIV/AIDS and inadequate programs for testing and treatment.

As such, members of higher-risk populations either avoid getting tested. or, if they test positive, they hide their diagnosis and risk further transmission. They delay adequate and timely treatment of their condition because of their fear of discrimination by medical professionals, governmental institutions, and Mexican society. Moreover, this very same stigma keeps those living with HIV/AIDS from reporting human rights violations for fear of being “outted” as GLBT or HIV-positive.

Fueling this culture of discrimination is the manner in which Mexican authorities and media outlets treat HIV/AIDS. Their insensitivity continues to reduce the effectiveness of preventative programs and delay institutional progress between potential key actors in differing sectors.

Moreover, the lack of clear, understandable information regarding the possibilities for HIV/AIDS treatment and the rights of those living with HIV/AIDS has also stunted the country’s ability to attend to those living with HIV/AIDS. While treatment options do exist in Mexico, they are not accessible by everyone and often include long waits. In fact, only slightly over 70 percent of all people needing treatment for HIV/AIDS in Mexico are reached by the national health coverage. This results in an AIDS mortality rate that fails to decrease, with 50 percent of all diagnosed cases of AIDS in the country having already died.

The Letra S strategy to respond to the HIV/AIDS crisis in Mexico is based on four key components. First, Alejandro is breaking down the stereotypes about HIV/AIDS through media and education campaigns and through legal means, defending the human rights of HIV/AIDS and LGBT populations; second through being a catalyst to start innovative and effective HIV/AIDS treatment centers, originally in Mexico City and now being replicated throughout Mexico; Third, public policies supporting better and more proactive treatment programs which can identify the disease earlier and prevent its spread.

To break down stereotypes and misconceptions about HIV/AIDS, Letra S uses the carrot and the stick. Letra S carries out various media and educational efforts, the highlight of which is a monthly supplement, “Letter S: Health, Sexuality, SIDA [AIDS]” in one of the nation’s most prominent newspapers, La Jornada, which circulates 110,000 copies monthly, more than 4000 of which are distributed specifically to hospitals and public health centers. Additionally, through its news agency, “NotieSe,” Letra S informs more than 9,000 subscribers daily with press releases, interviews, reports, articles, and commentaries that seek to inform and contribute to the discussion of topics such as HIV/AIDS, other sexually transmitted infections, public health policy, news and events from CSOs working in the sector, scientific advances in HIV/AIDS, human rights of people living with HIV/AIDS, and other HIV/AIDS or LGBT-related news.

Furthermore Letra S shines light on the cultural stigma and discrimination that occurs in Mexico itself through regular media monitoring and evaluation. Letra S analyzes the stigma and discrimination present of news coverage in Mexico. Letra S is also the first ever Mexican organization that records and publishes an annual report documenting all hate crimes in the country using data gathered through the very service modules established with the help of Letra S in public health institutions, with the most current data showing that 746 cases were recorded from 1995 to 2010.

Letra S also uses legal means to break down stereotypes and uses the law to change behaviors in individuals and institutions. These lawsuits have resulted in changed behaviors and changed policies at all major hospitals in Mexico regarding their treatment of possible HIV/AIDS patients and they have even forced the military to change its policies and behaviors.

Letra S installed the first legal clinic for human rights in the Mexico City hospital specialized in HIV/AIDS treatment, and the huge increase in reported human rights violations in the clinic led to new policies, new leadership and eventually to changed behaviors. Letra S has installed more than 500 of these human rights clinics within public health centers throughout Mexico.

Due to Alejandro’s efforts, Letra S played a key role in the inauguration of the first hospital/clinic specialized to attend persons living with HIV/AIDS in Mexico City in 2000. The clinic even attends patients that do not have any type of medical insurance. To date, the clinic has attended more than 7.4 million people. The Mexican government is now replicating this successful regional center by building two more specialized clinics this year. Letra S’ efforts also led to the creation of smaller, regionally located ambulatory treatment centers throughout Mexico where infection rates are highest.

Mexican leaders are beginning to see the very real possibility of making huge progress in the fight against AIDS. They can cite the combination of eroding stereotypes through education and legal means and installing specialized treatment centers where people can be tested and treated much earlier and thus stem the spread of the disease. Moreover, considering the proven effectiveness of the newer “cocktail” of drugs given to HIV patients which can and has prevented them from developing AIDS, has changed the perception of HIV/AIDS among a few leading actors. Alejandro feels that Mexico is close to reaching a tipping point in how society views the problem of HIV/AIDS. He is broadening his network of CSOs and deepening his work with government agencies.

Alejandro believes that Mexico’s increased understanding and awareness about HIV/AIDS will allow more people to have the courage to be tested for the disease earlier and participate in treatments in these specialized and more sensitive HIV/AIDS clinics. As more of them take the latest cocktail of drugs, HIV patients will control their disease and it will not develop into AIDS, and new AIDS cases will diminish, caught earlier and treated more effectively. The sum of the various actions carried out by Letra S is transforming the environment that Mexicans live in to change the culture of the country from the ground up.

From a very early age, Alejandro experienced the reality of discrimination toward GLBT and HIV-positive people when some of his friends living with HIV/AIDS died as a result of not having received proper treatment. Those personal experiences encouraged him to look for a solution to face the epidemic. In school, he founded the school’s first HIV/AIDS advocacy group and joined the Mexican LGBT movement to defend the human rights of homosexuals and persons living with HIV/AIDS.

Alejandro studied History and Economics at the National Autonomous University (UNAM) and in the National Institute of Anthropology and History in Mexico City. He received a degree in Human Rights and Journalism and participated in a research project regarding homosexuality in Mexico for the UNAM. Before founding Letra S, Alejandro worked as a journalist. However, his passion toward social change pushed him to reject several job offers in historical research and journalism to found the civil society organization, Letra S, Sida, Cultura y Vida Cotidiana A.C., in 1995.

Alejandro has always been an active member within governmental institutions, such as the Committee of the National Council for the Prevention and Control of HIV/AIDS (CONASIDA), and in the former National Council for the Prevention of Discrimination (CONAPRED). Alejandro also played a fundamental role in the founding of the first Citizens’ Commission Against Hate Crimes of Homophobia in Mexico. On a national and international level, Alejandro is recognized as an authority in HIV/AIDS due to his expertise and experience in the subject. Alejandro has received several awards for his work and has been invited as a speaker at HIV/AIDS-related events in Europe, Asia, Latin America, the USA, and Canada.

His deep commitment to breaking down stereotypes through by blending positive and negative incentives and by partnering with government agencies and changing them from within has lead Alejandro toward a new path. He envisions then creating a broader network of organizations, which have begun to understand and share in his vision for a Mexico without new AIDS cases by 2020. Alejandro will not rest until he achieves this ambitious vision.