What Is A Changemaker? - For us at Ashoka 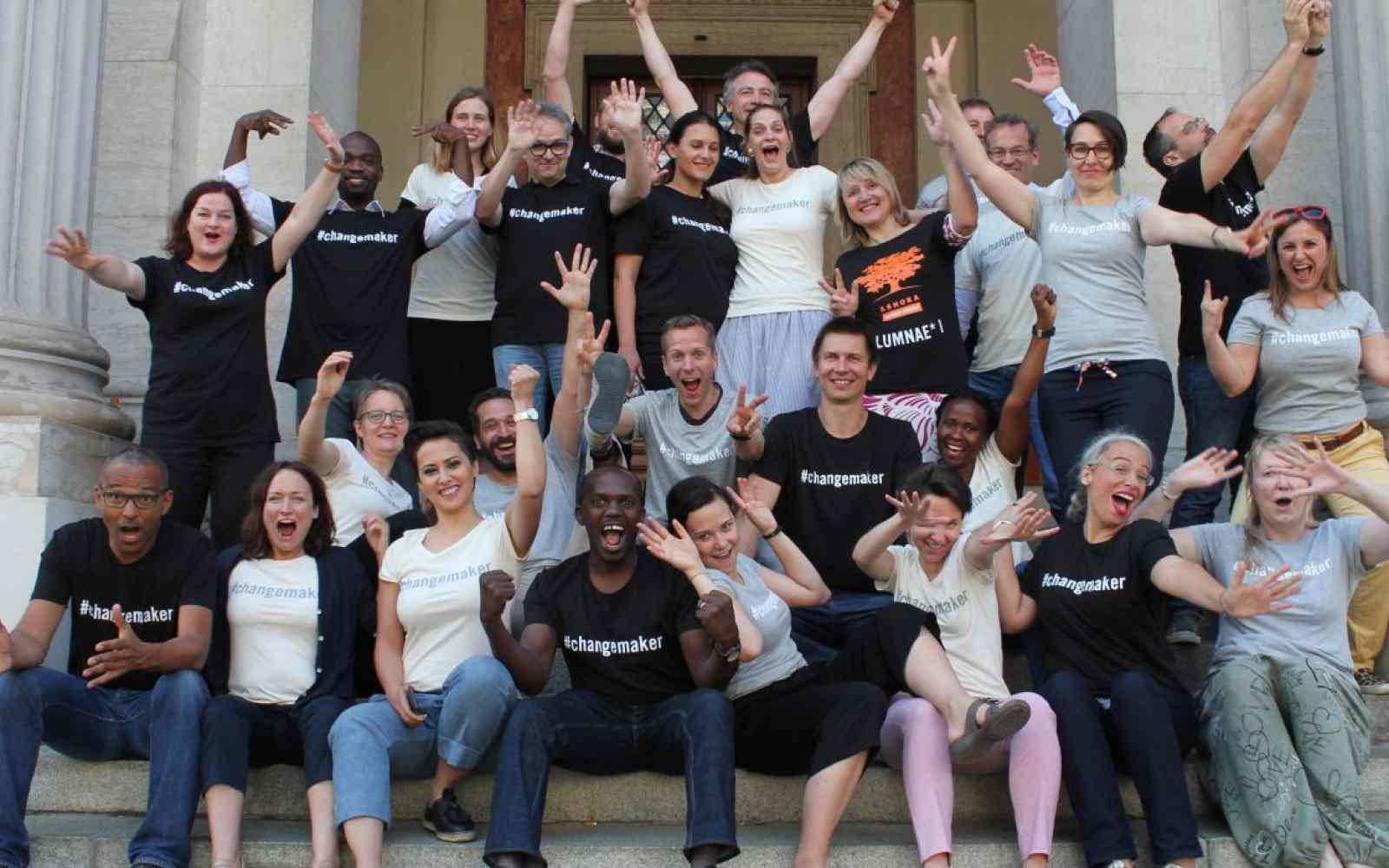 For us at Ashoka–a network that has been dedicated to building an “Everyone A Changemaker” world for more than a decade–it’s an exciting moment to witness changemaking become part of our collective consciousness. And it’s even better when it prompts a debate about who might qualify as the most effective changemaker. But the moment comes with trepidation, too. It’s imperative that the term doesn’t become partisan. The complexity of societal challenges are too great for any one party to lay claim to an identity as uplifting as changemaker.

Changemakers are school children in Haiti creating new traffic safety systems, American truckers preventing human trafficking, and Nobel Peace Prize winners bringing banking to Bangladesh and fighting for child rights in India. They can come from anywhere in the world, they can come from any sector, and most importantly, they can have any political leaning.

So if we shouldn’t gauge a changemaker by their shade of blue or red, what qualities do they exhibit?

CHANGEMAKERS ARE TENACIOUS ABOUT THE GREATER GOOD

They use a deep-rooted sense of empathy for others, identify a specific problem or opportunity to tackle, and give themselves permission to do something about it. But it doesn’t stop there. Changemakers are relentless. Picture a child who wants to recycle plastic to protect local wildlife. By doing so, she has taken her first steps in changemaking. But when recycling becomes commonplace, she’ll graduate to the next major challenge in managing resources (a scenario that is already becoming true in some places).

CHANGEMAKERS LEAVE THE PARACHUTE AT HOME

Changemakers cannot just parachute into a community as an outsider who has come to save the day. They must be personally connected to the issue they want to solve. Take the example of Khalid al-Khudair, a social entrepreneur who focuses on creating jobs for women in Saudi Arabia. He is passionate about women’s empowerment in the Middle East not as a theoretical development professional from abroad, but as someone born and raised within Saudi Arabia, and having witnessed the struggle of his sisters search for employment firsthand.

Further, changemaking is not just the domain of a privileged few. People seen as being “in need” often create and drive their own solutions, many addressing the most pressing issues of our time. For example, street children in India are running their own helpline to quickly reach other children in distress, women in Nigeria are incorporating technology to build wealth beyond subsistence farming, and ex-gang members are leading efforts to reduce gun violence by more than 75% in American inner cities or mentoring other youth for tech careers in South Africa.

Not every changemaker launches their own startup. Sometimes it is the changemaker within an existing institution that’s most powerful. For instance, a cell-phone company employee worked to help informal businesses in slum areas function by giving them mailing addresses through mobile phones, or a pharmaceutical company employee began working on cheap, accurate, paper-based diagnostic kits for anemia after a family friend died without being diagnosed. Known as social “intrapreneurs,” these are people–like many of us–who understand the mechanics of their own firms and are in a great position to innovate for the greater good.

We live in a rapidly transforming, increasingly interconnected world. The size and complexity of global challenges needs changemakers of every shape and size. And while the Clintons were among the first politicians to publicly embrace the association, our country–and our future–depends upon changemakers across the political spectrum.

As Engineers Without Borders founder and inspiring changemaker George Roter says, “Everyone has changemaking in their DNA; it’s just a matter of unlocking it.”

Kris Herbst is the chief editor on the Ashoka Framework Change Team.

Tim Scheu is the director of engagement management at Ashoka Changemakers.