What does it take to break down the secretive, highly organized, global system of human slavery? 75 social entrepreneurs are individually and collectively the most powerful force opposing it. 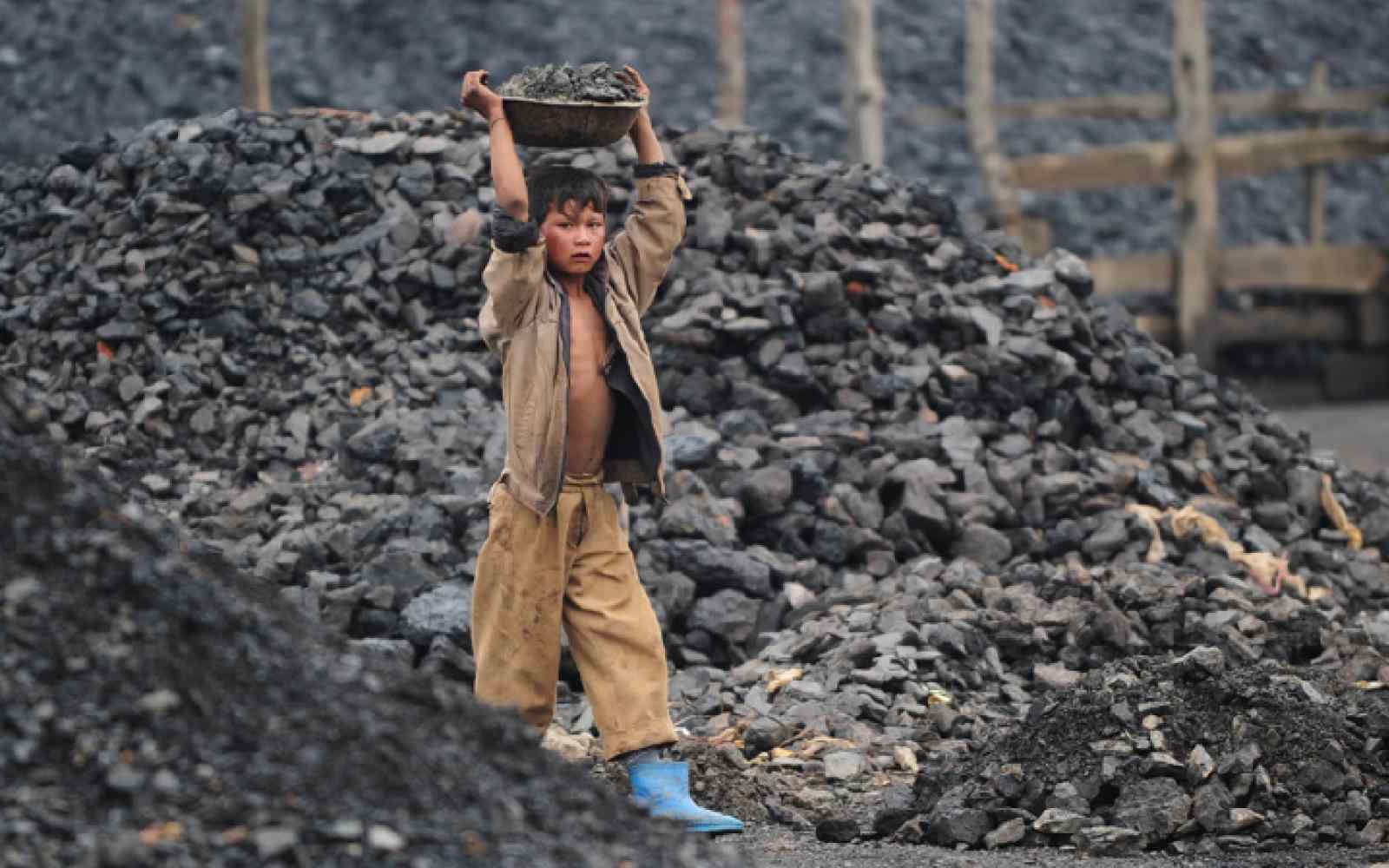 A $150 billion secretive, highly organized, global system is responsible right now for 46 million people (chiefly children and women) being enslaved – both for sexual purposes and work. 75 Ashoka Fellows across the world, bringing the top social entrepreneurs’ systems-changing superpower to bear, are taking the slavery system apart. They are strongly backed by many hundreds of other Fellows in fields as diverse as debt slavery, police corruption, and street kids.

Six to eight years ago Rohingya girls accepted offers of good paying jobs in India, were given visas and came. On arrival, however, they were sold to brothels, into marriage, or as slave maids. How to find and free them? How to reconnect them with family who since then were forced to flee and can’t be found?

Hasina Kharbhih is the daughter of a Khasi (who are matrilineal) mother and a Bangladeshi immigrant father. She grew up in Meghalaya, a small state in India’s deeply divided, conflict-scarred, and therefore, extremely poor Northeast. For all these reasons and because it borders so many countries, the Northeast is a slavery system epicenter.

When she was a young student, Hasina went to help a nearby village of craft artisans. There, she heard stories about slaves and felt the pain.

Several decades later, systems and networks Hasina created make it possible to find, free, and rehabilitate such Rohingya women. She has changed the game. 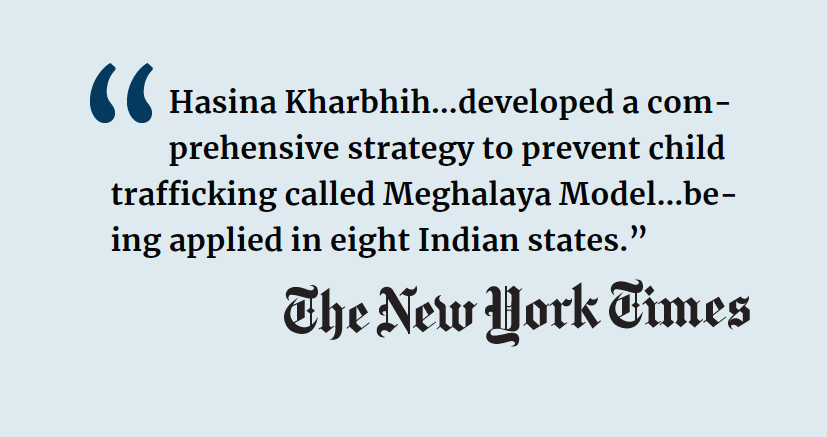 When she started, there was no data and much denial. And the few anti-trafficking programs in existence were isolated and dealt only with fragments of the huge, international, many dimensioned, quick-adapting slavery system. 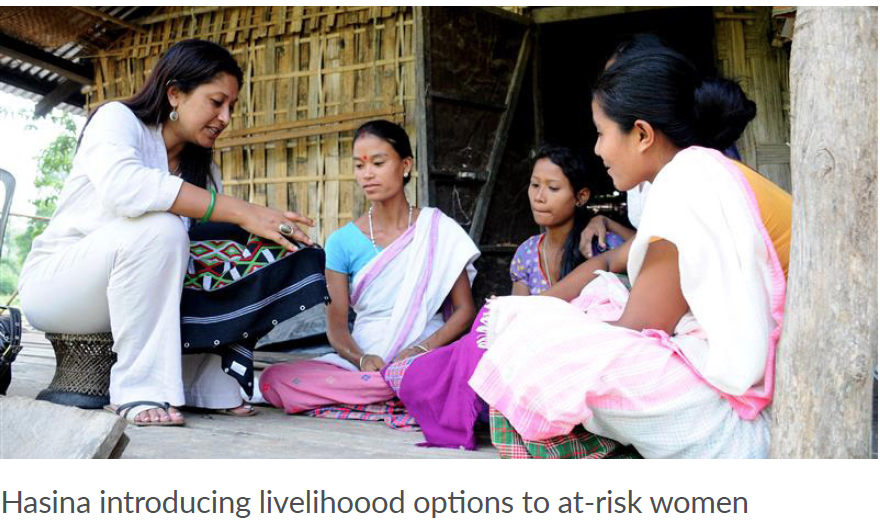 As Hasina wrestled with cases, she quickly learned that she had to deal with the whole situation – across political boundaries and from prevention to rehabilitation. That is why, for example, she has engineered: (1) extensive safe livelihood opportunities for women and children – a powerful preventative (2) a volunteer-based outreach program to help children in sourcing areas discuss their needs and know their rights, and (3) periodic public information campaigns. Like Ioana, she knows that everyone must see the evil and how it works – and how they can help.

Hasina’s biggest impact, however, comes from building a system as big and powerful and quick adapting as the slavery system she is fighting.

She has more than 1,000 governments, citizen groups, key media, and law enforcement agencies collaborating through her “Meghalaya Model” systems. Everyone contributes data, can see the larger picture, and connects with partners whenever and as needed. If a girl disappears, the system knows the currently active channels and has eyes everywhere. If she is later found in a Mumbai brothel (for example by an Ashoka Fellow working there, who has gained access by helping the sex workers’ kids), Hasina’s system will allow its Mumbai members to connect with whoever had worked on a victim’s case before or should now. The system also encourages collaborations to influence policy and/or public understanding.

Hasina’s system is quick to spot and deal with new challenges, such as new slave buyers. For example, it spotted children being sourced from Nepal, Bangladesh, and other parts of India’s Northeast for coal mines in Meghalaya with shafts so small that they needed children. Hasina’s own group took the lead. After an international press campaign, she rescued the kids in the mines and won legislation ensuring against a restart. 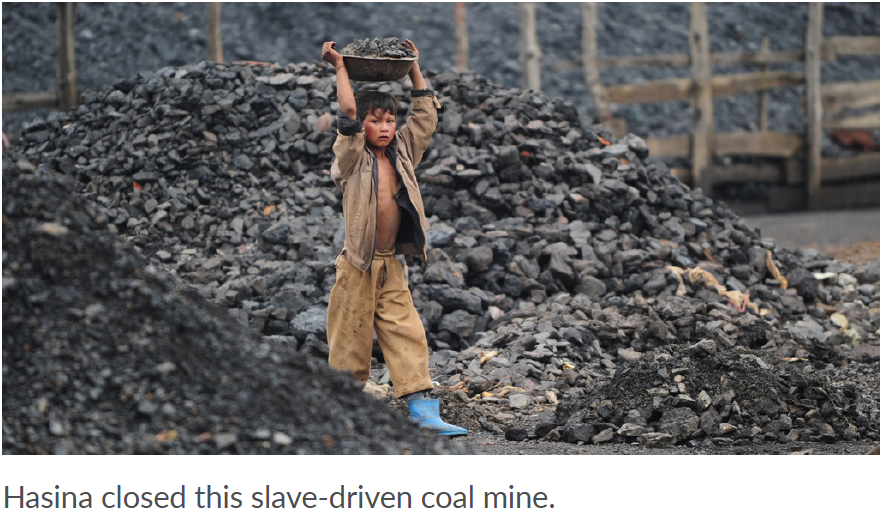 However, for years, India, Bangladesh, and Myanmar – even when confronted with an international foe, could not agree to share data. Working with all three governments, Hasina recently brokered an agreement whereby INTERPOL acts as host for each country’s database and all parties commit to upgrading and harmonizing their systems, using best practices, with the database Masina developed for Northeastern India as the model. 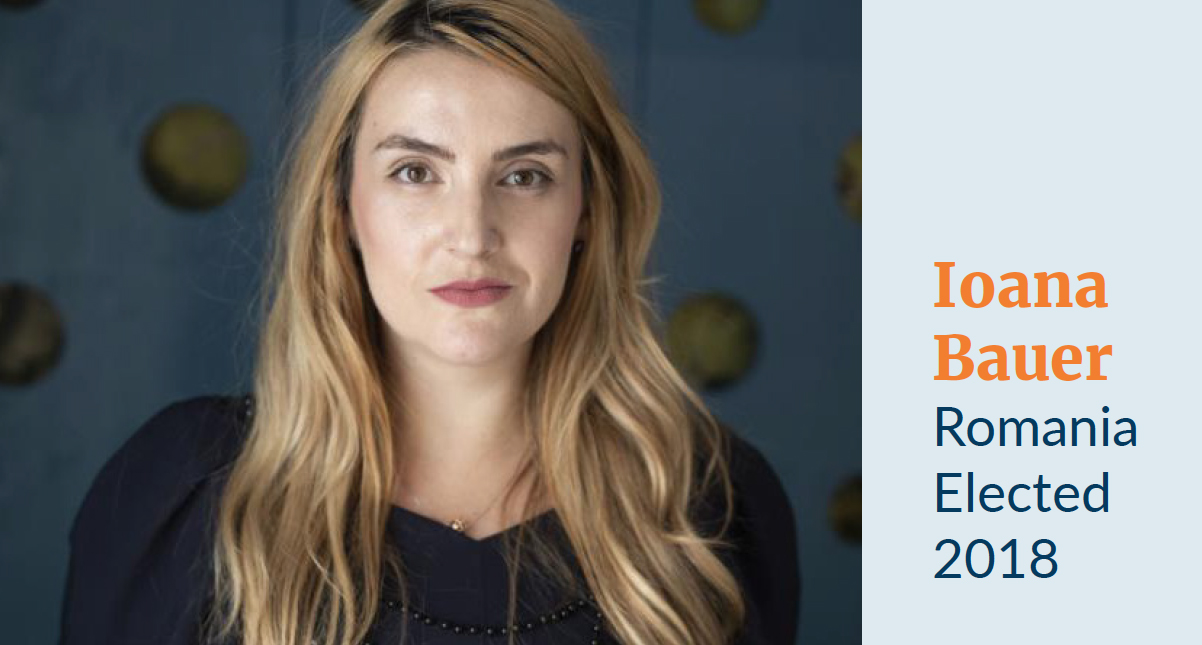 After her father died, 16 year old Iona Bauer left Romania to find a better future. She escaped the worst, but she saw how the enticement/entrapment system works up close.

On return, because Romania has the highest level of slavery in Europe and is important in international slave marketing, she kept learning. She asked the entrepreneur’s question: “How can I spike this system?”

Who influences young people like her 16 year old self? Peers are key. But they must understand before they can shift to caution their friends. That’s why Ioana persuaded Romania to make anti-trafficking training mandatory for all high school students. This includes “Hidden in Plain Sight” manuals and identification exercises. So far 650,000 students have participated. This effort, of course, also produces thousands of certified teachers now likely to catch warning signs and to act.

Ioana is also drawing on other groups she thinks make a real difference – for example, beauticians. Young women come to their salons – and talk, often more freely than at school or home. A trained beautician can influence the conversation – and also spot real danger and intervene. Ioana’s “beauticians against trafficking” is analogous to US Fellow Kendis Paris’ hugely successful nation-wide “Truckers Against Trafficking.”

Ioana links all these elements together, helping each draw strength from the others. She reaches the broader public through extensive use of social media. She has kept her approaches and materials simple. All of which, spurred on by her results, has led her approach to spread to 18 other countries – now even into high school classes in Moldova. 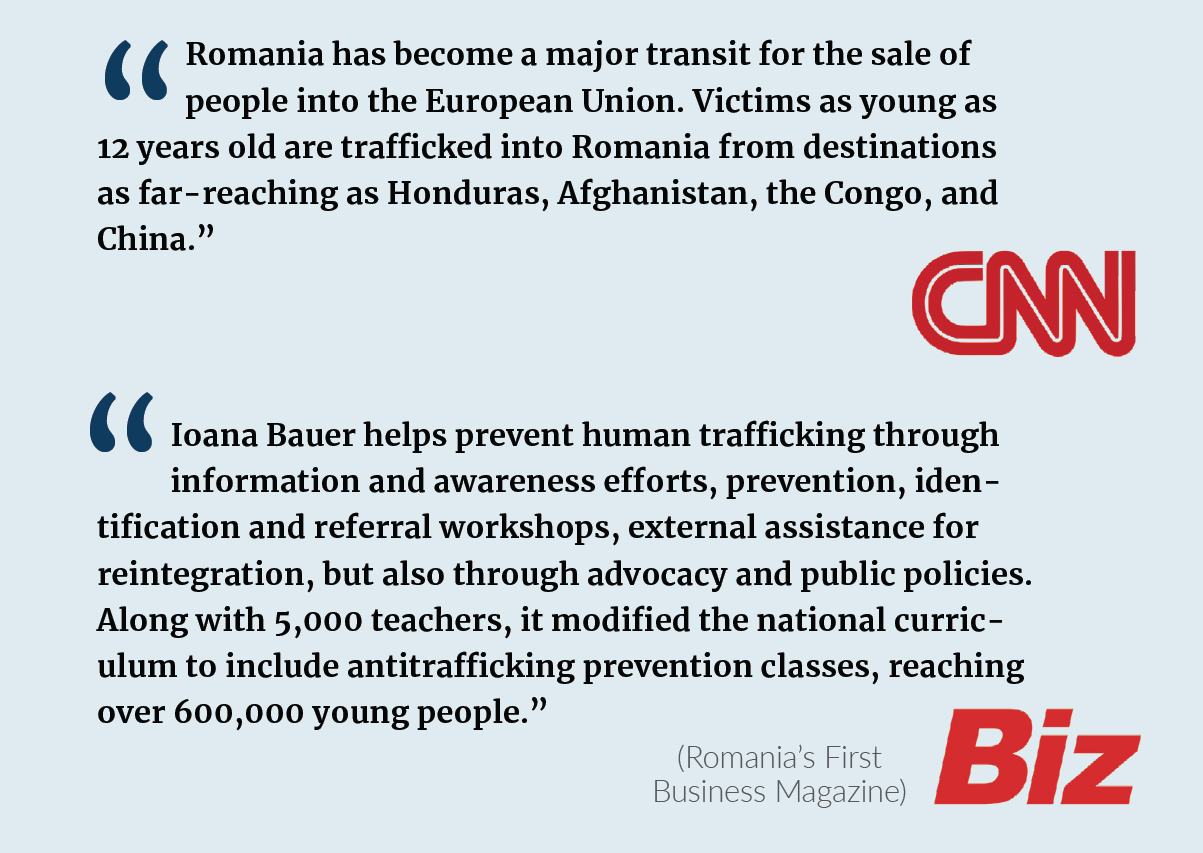 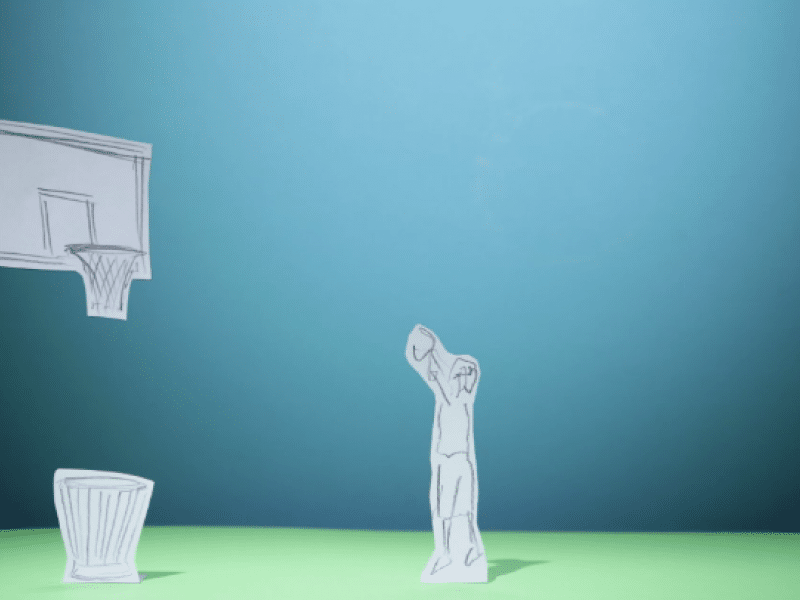 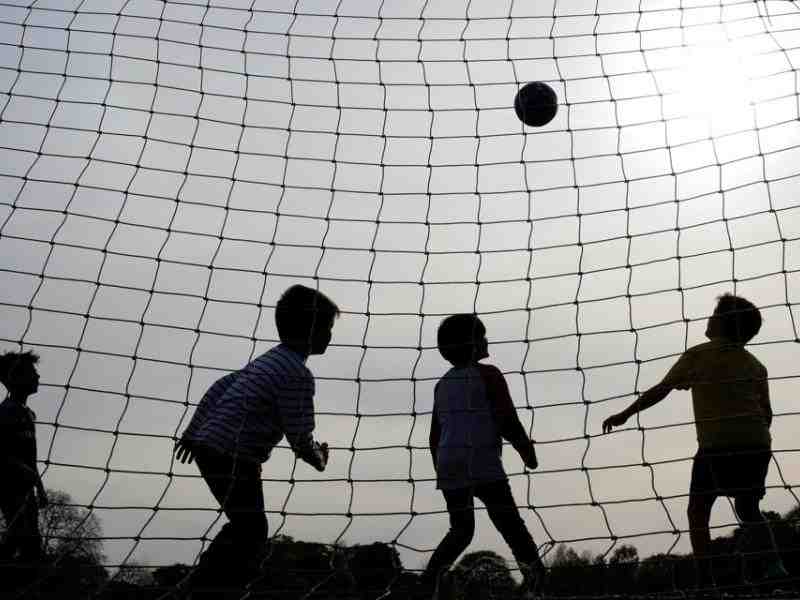 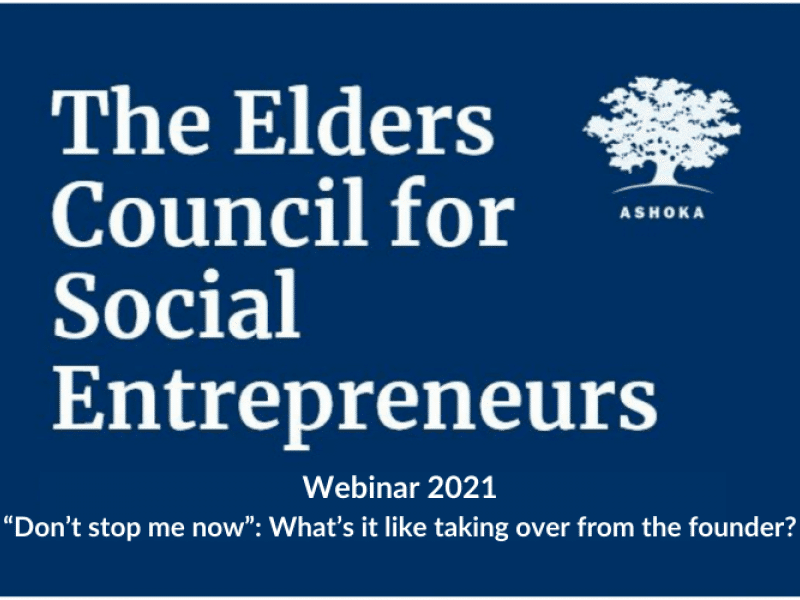 Elders Council Webinar: “Don’t stop me now”: What’s it like taking over from the founder?