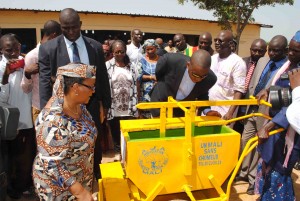 Souleymane Sarr is confronting the staggering problem of unemployment and underemployment among youth in his native Mali. In 1993, he created the Association Jeunesse Action Mali (AJA Mali) in an effort to revolutionize the system of artisan apprenticeship. Souleymane provides language courses and professional training in areas such as mechanics, carpentry, and administration. “Most importantly,” he adds, “I instill in them a culture of entrepreneurship.” With these newfound skills, youth are encouraged to return to their communities, identify problems, and create solutions.

Souleymane Sarr seeks to create what he calls "the new generation" of artisans in Mali. Souleymane explains that this next generation of artisans will be entirely self-sufficient. Souleymane's system will also help overcome deep-seated colonial values: "The colonial system told us that the way was to go to school, to wear a starched shirt. We need to understand that there are other ways to do it. However, we need to also understand that the starched shirts are not the enemy."

AJA Mali funds the youths’ projects through a combination of grants and loans. Souleymane applies the same strategy in the funding of his own organization and its programs. “I look at the problems; I look at my skills sets; and I combine them to maximize and generate resources for our work.” This approach has enabled AJA Mali to remain true to its own ideas and techniques while resisting the influences of would-be donors.

AJA Mali has devised a number of effective and innovative ways to generate self-sustaining revenue. Foremost is a cyber café developed as a means for the youth to train in Internet use and share information about their projects using a special intranet. The café covers its own costs, as well as costs for electricity, telephone, and repairs for the youth organizations.

The association also hired as a consultant for international organizations, community development groups, and corporations. In many cases, AJA Mali also sells technical plans to its constituents to help cover administrative costs. Oxfam US, UNAIS, UNICEF, and UNESCO are among the groups that have contracted the association for work.

Student fees represent another important source of revenue for AJA Mali. The trainees pay a monthly or annual fee, and a portion of these funds is channeled into a micro-credit program. AJA Mali charges 8 percent interest on loans it extends to unemployed, married women in an effort to foster notions of entrepreneurship within this marginalized group.

AJA Mali actively markets its own programs to potential students and clients using a variety of formats. These include newsletters, television, debates, and a website designed to advertise the association’s work and trainings, and promote all the youths’ activities. 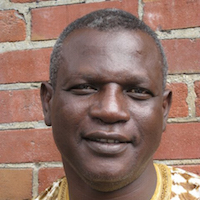 Souleymane opened the first AJA Mali training and information center in Bamako. The group then spread into the interior, Mopti, Segan and Sikasso, and is presently involved with over 900 youth ranging in age from 9 to 35.

Souleymane Sarr was elected to the Ashoka Fellowship in 1992.