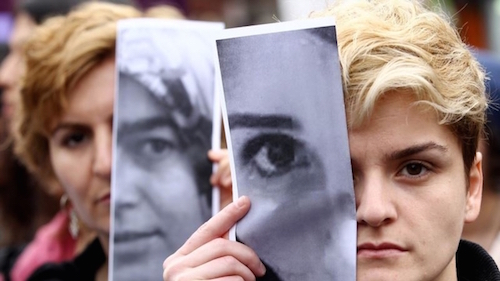 In a region of Turkey with a long history of abuse against women where change comes slowly, KA-MER, a support and resource center for women, thrives based on the firm belief that stopping violence against women was the first step in ending wars and conflicts throughout the world. By attacking the process of normalizing violence in the home, KA-MER responds to women's immediate and critical needs by increasing awareness of their rights as citizens, wives, and mothers and giving them the tools for them to feel confident and empower themselves to challenge the sexism inherent in their culture. KA-MER centers provide women with such services as counseling, daycare, and employment opportunities to help them achieve financial independence and gain self-respect. As the demand from women grew, KA-MER expanded into 23 centers across many provinces and districts in Southeastern and Eastern Anatolian regions. Originally met with contempt, Akkoc’s idea is now accepted by the regional communities and is expanding its reach. By eventually reaching many more villages, Akkoc hopes to strengthen the democratic systems in a region where poverty, male sovereignty, and on-going political turbulence have long suppressed democratic processes. Increased international recognition has served to further KA-MER’s impact on a global scale. Akkoc and her Women’s Center were recognized by Time Magazine and other institutions as an influential peace-builder, positively affecting communities on a large scale. Akkoc spends her time advising similar women’s rights groups and establishing other centers in the Anatolia region.

Empower women to capitalize on skills they already have

To cover the center's operational costs, KA-MER designed and implemented income-generation programs which employed women involved in center activities, enabling them to gain financial sustainability independent of the men in their lives. The initial center opened a restaurant within a year that serves home-style Kurdish dishes cooking, encouraging the women to utilize their cooking skills to generate income. The restaurant, with coral-painted walls and simple wood furniture, provides a tranquil refuge from the heat and dust for both women and other patrons alike. KA-MER also opened a nursery to meet the childcare needs of women who come to the center for consultations or for group training. Women pay a small fee to use the nursery while attending activities at the center. As a testament to the childcare center’s success, the nursery has become one of the exemplary nurseries in the city of Diyarbakýr.

Encourage beneficiaries to give back

KA-MER remains focused on its fundamental principles by which the organization was founded and remains independent of all political structures, citizen sector organizations, people, organizations and institutions in an intellectual and organizational sense. KA-MER relies on the devotion of the beneficiaries to the group’s core values in helping spread their ideals into the community. KA-MER encourages female entrepreneurs, originally assisted by the organization, to give back as their ventures succeed. KA-MER’s course, which brings together a group of 20 women for a 10-week period, supports education and stimulates entrepreneurial ventures. The course stresses economic self-sufficiency. Course graduates have opened restaurants, a gift box shop, and other small businesses. One group plans to open a bakery, while another is building a greenhouse to grow vegetables. 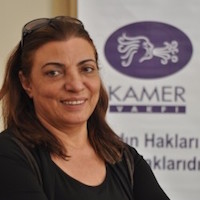 “Our organization strives to determine the factors of culture and traditions that harm women and children. We seek to develop alternative applications and ensure that these applications become valid in society…In the various works we are carrying out, we are trying to have women realize and question their traditional statuses, develop methods to change them, and ensure that women do not become participatory individuals, thus subjecting themselves to violence.”

Nebahat Akkoc was elected to the Ashoka Fellowship in 2000.