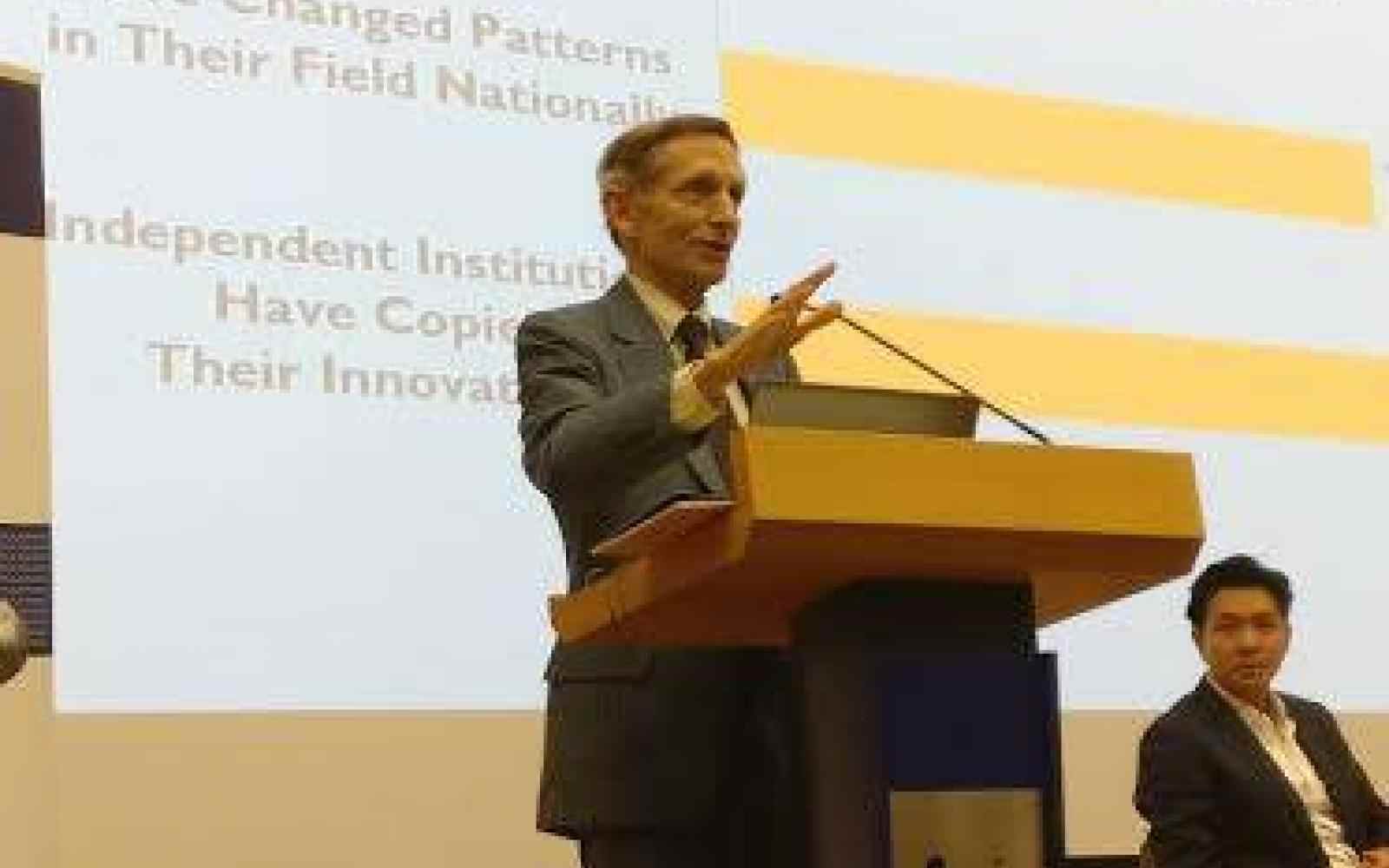 SMU is Asia’s first ‘Changemaker Campus’ accredited by Ashoka and is committed to the advancement of social innovation and changemaking to create positive impact. The understanding of what changemaking is is pervasive throughout the campus community

The network of Ashoka, in its 35 years of pioneering social entrepreneurship, has supported over 3200 social innovators (Ashoka Fellows) in 88 countries including two Nobel Prize winners.

The Impact of Ashoka Fellows after 5 years is profound -

76% have changed patterns in their field nationally

90% independent institutions have copied their innovations 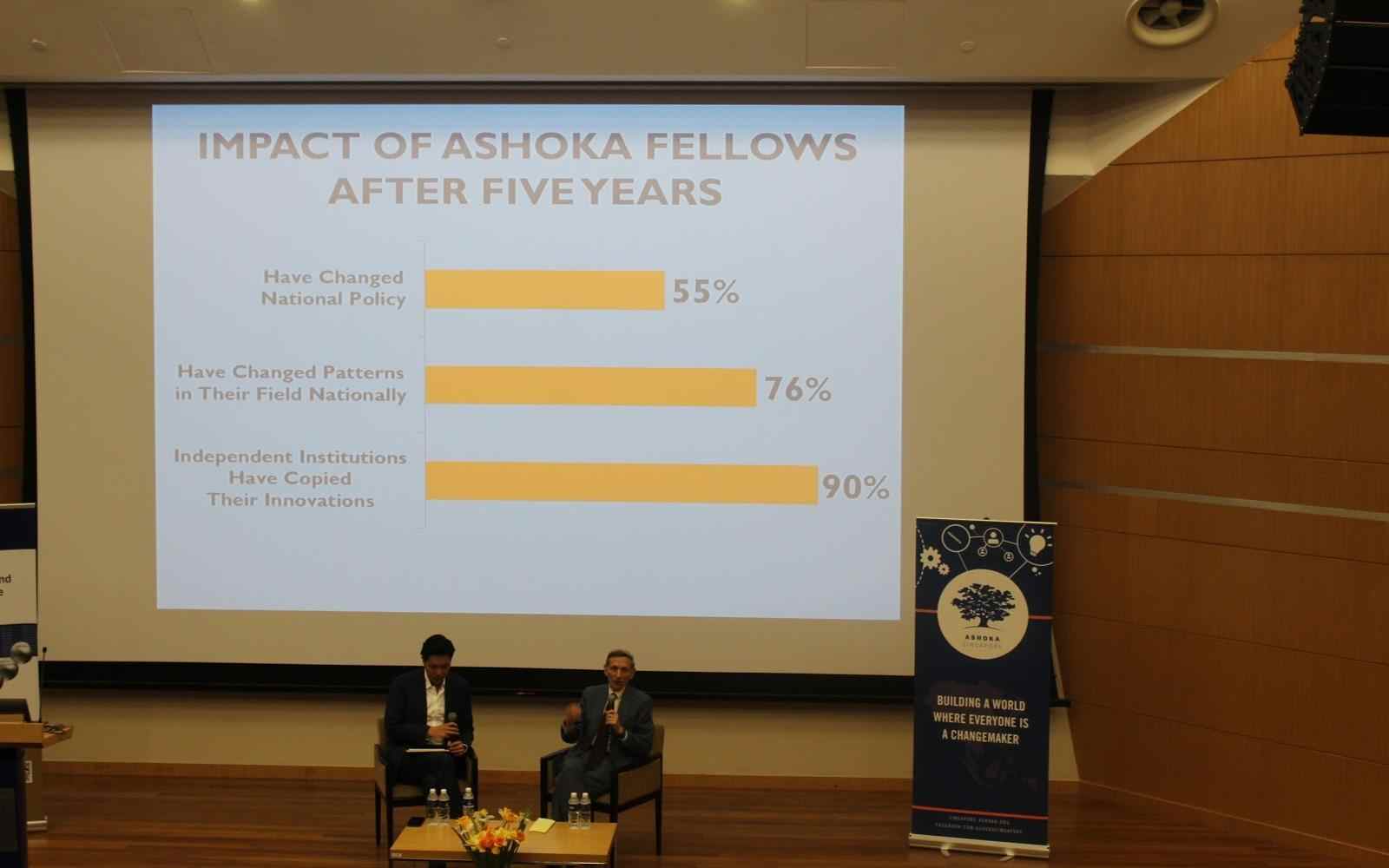 Needless to say, a talk by Ashoka’s founder Bill Drayton on campus discussing empowering youth as changemakers drew a diverse and motivated audience inspired about social innovation, curious about Bill and eager to hear his message.

So what is this change?

An entirely different definition of success. Bill explained how this is a fundamental change; affecting every aspect of thinking and all sectors of society. Initiating successful changemaking results in a snowball effect; creating more and more confident changemakers and moving towards making the world a better place.

In fact, the old world is gone.  We now Live in a world where every system is changing exponentially. The demand for repetition is going down and the powerful forces of change are being felt in Direct service, Pattern change and Mindset Change

“Changemakers are powerful” said Bill. And, how do changemakers get their power? They take action to fix something. That makes them feel more powerful and propels them to do more. Moreover, over 80% changemakers start in their teens. When they bring small change while young they feel powerful and are able to bring bigger change as they get older. That's changemaking. Young Changemakers are more likely to be more successful as they get older. Perhaps small wins help pave the way

Social entrepreneurs are changemakers and useful role models. They are representatives of best practices for engaging different stakeholders. They need to change the world for the sake of their own idea - for that to be accepted and become successful so they find ways to be so; including perhaps twisting arms to engage other people with the same mission.

To serve this change, we must genuinely reflect on what degree are we making sure we're serving the four different things in our education system to build confidence in the youth

3.    Make it normal for young people to be and feel powerful

“Don't let anyone take over the young person; Free yourself of your old sets ; what's in our heads is in the past. Make change yourself and encourage her” 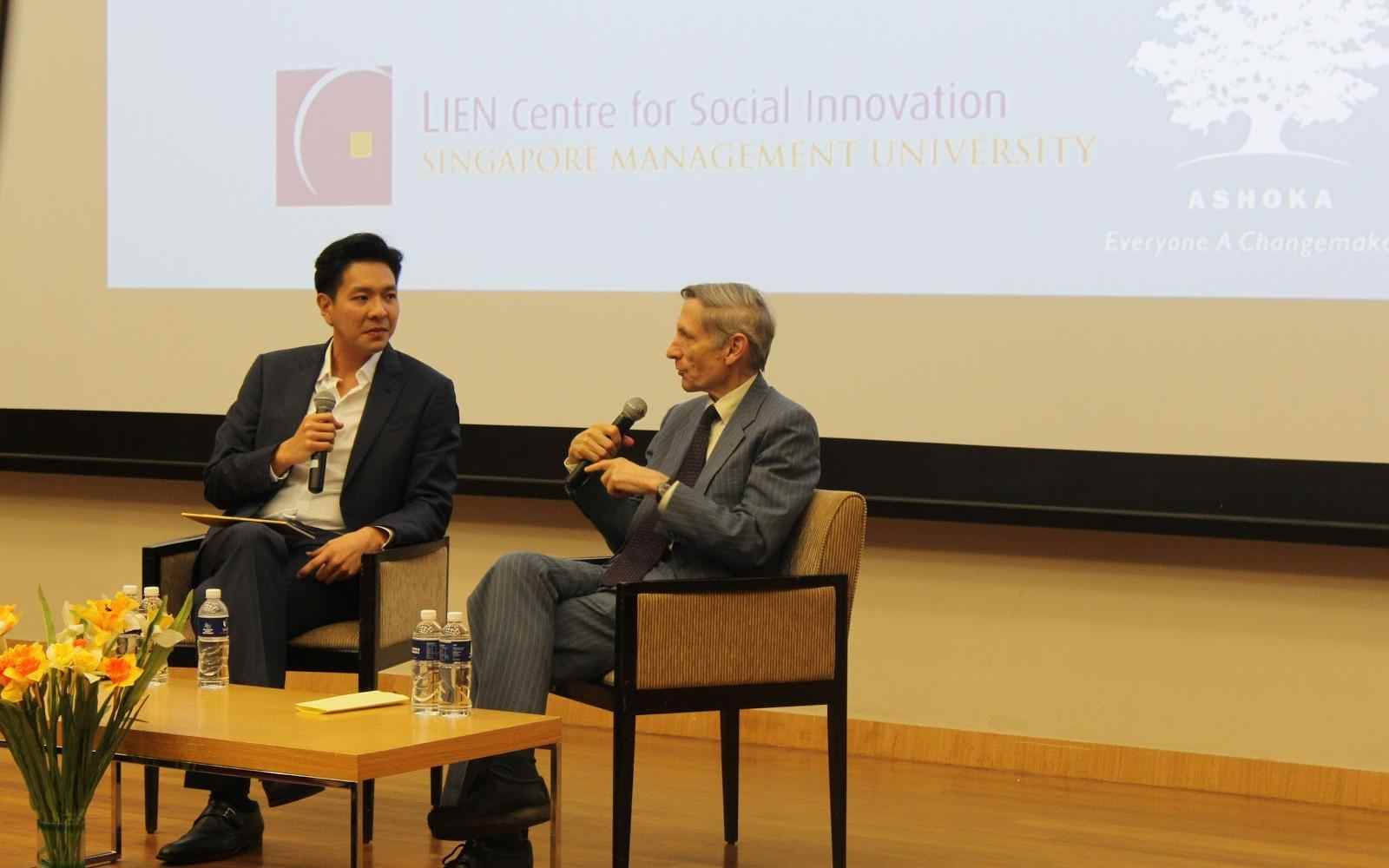 But why are we speaking of the young?

And, to get society to understand we are in a change making world mere talk is no longer enough. It is as important to let the young stand up and tell their stories; as it is to reach the adults through what they care about; the young and their kids; and illustrate what they want for them; a changed world where they are unafraid for their kids.

Just like individuals and educational institutes must encourage fundamental change, so too must companies.

Each individual within an organisation must be fired-up to be a changemaker. it's becoming more debilitating not to have changemaking skills and major companies are beginning to take this seriously too.

Here are more snapshots of the conversation:

Question to Bill: What can educators do to empower young people do they can become Changemakers?

His simple answer: Let them have their own dreams

And what does success look like to you when it comes to changemaking?

Bill: “For society as a whole to reach a place where everyone is a changemaker and not afraid to be one. Where everyone is constantly looking for an opportunity to make the world a better place. The construct of social entrepreneurship empowers everyone

Even if you're not a successful entrepreneur you're making a change

And how can one create a change-making system within an existing school system?

What can older people do to make a change?

Bill: I am optimistic about older people ; they encourage empathy in homes and families which is a powerful influence.

Bill's Message for young people out there-

Please give yourself permission and go for it” 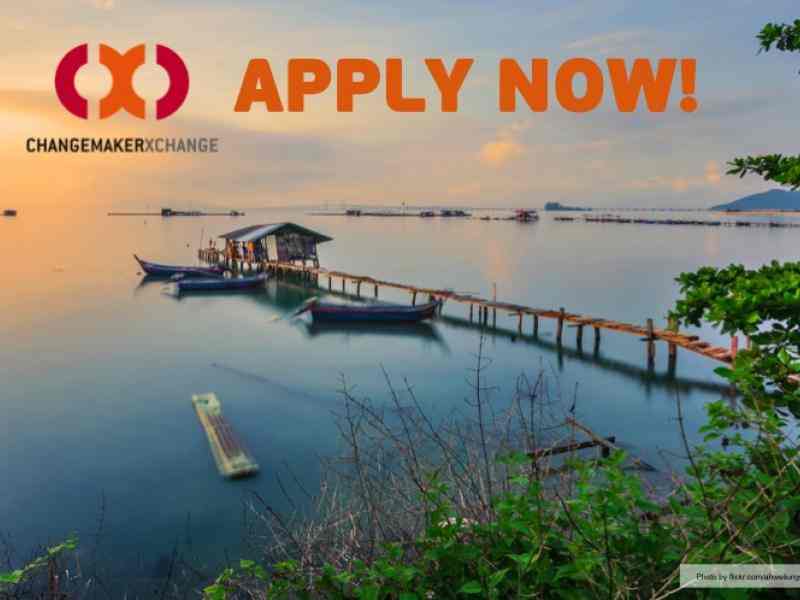 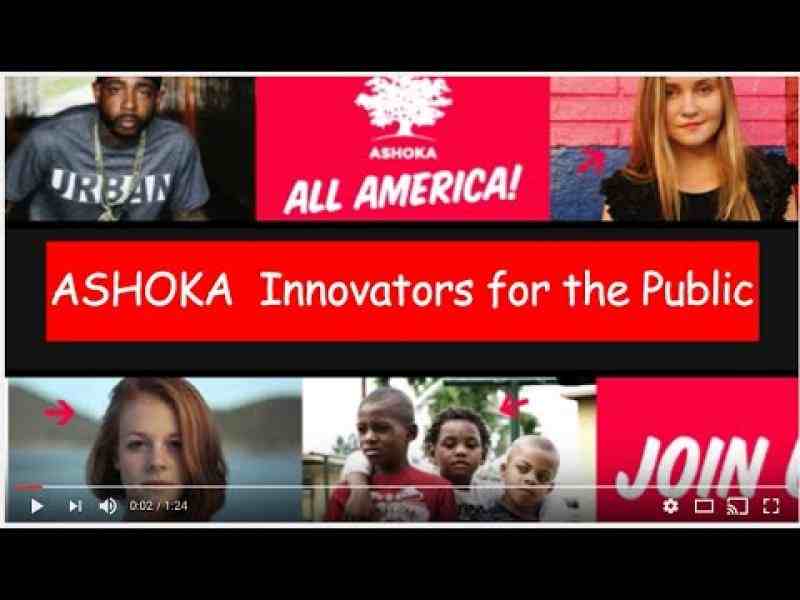