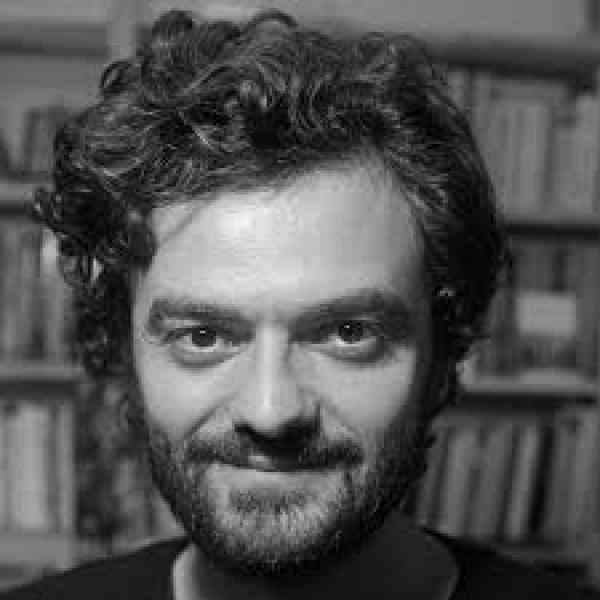 Yaşar is the founder of Beyond İstanbul, centre for spatial justice, which reverses the currently negative eco-political, dynamics behind Turkey’s destructive urban development through knowledge production, awareness raising, and creating participatory models for different stakeholders.

Convinced that spatial policies could and should enhance social justice in the city, Yaşar identifies and opens ways for neighbourhood groups, architects, construction companies, municipalities and city planners to drive participatory urban planning processes and practices that take social, environmental and human rights concerns into account.

Yaşar initiated “Beyond İstanbul” to develop participatory models of designing spaces, to shift the urban development paradigm of being reactive into being proactive, from top down to bottom up, from resistance to resilience. Finding the connection between the urban transformation and the opposition in the city, he redefines the old categories of ‘urban’, ‘eco and ‘social’ movements and brings them together in a participatory approach to make way for spatial democracy. Yaşar adds the often missed element of “hope” which is lost in many of the already existing movements, empowering victims of urban transformation as active participants and co-creators.

At Beyond İstanbul, architects, city planners, displaced and dispossessed communities, urbanists, engineers and students come together to design and implement urbanization projects in a non-hierarchical, participatory environment. This model has inspired many neighbourhood groups to participate in urbanization processes and to take the ownership of decisions related to their living spaces. In addition, it has given birth to the very first community-led, participatory, alternative urban housing project in Turkey.

Turkey, where more than 70% of the population lives in urban centres, is suffering from an undemocratic, environmentally destructive, unjust and profit driven urban development pattern. This situation has an effect on society beyond city dwellers and environment beyond cities: Unjust land grabbing and dispossession of the urban poor; energy intensive, consumption based urban development model; and top down decision-making processes create a vicious circle of undemocratic, and ecologically unsustainable urban system.

In the last decade, the urban landscape of Turkey has been changing radically: The urban renewal projects target gecekondu (slums) dwellers who live without security of tenure. Additionally, state and market led gentrification processes force urban poor living at the city center to leave their homes and neighborhoods. While shopping malls (now Istanbul has the highest number of malls in Europe) pave the way into small size local businesses to lose their livelihoods, public authority privatizes urban and cultural heritage sites and public buildings for tourism projects. Social housing and shopping malls segregate society boldly according to people’s income levels.

Commodification of the housing market and speculative supply-driven developments ring the alarm bell for a possible economic crisis, labor market with increased level of insecurity claim lives of construction workers, and mega projects threaten ecological protection areas of cities. The government is in too close relationship with the market to regulate it. The jobs of ethically integer architects, city planners, and urbanists are under threat in such conditions. In relation to such an inter-related crisis, urban civic initiatives had to focus more and more on stopping things to happen. ‘Resist’, ‘defend’, ‘shield’, ‘protect’, ‘stop’ have been the keywords of the urban civic movements in the last decade, alienating most of the public from the movement.

Yaşar built his strategy on four pillars: (1) creating a physical hub to bring together subject matter experts on urbanization, (2) connecting these experts with local people to design living spaces, (3) developing concrete, scalable models for urbanization practices, and (4) forming discussions for spatial justice both in Turkey and abroad. As an embodiment of this strategy, he established Beyond İstanbul – the centre for spatial justice.

He creates a hub for relevant and practical information through carrying out research and offering space to researchers, designers, artists, journalists and city lovers in the gentrified neighbourhood of Karaköy, making the space a model for the strategy. Besides, he provides a co-working space for researchers and students interested in the issues of spatial justice in Istanbul.

Through running a help desk, curating walks, engaging in hands-on workshops in participatory design, he connects cross-disciplinary network of experts with local communities. He develops concrete models for systemic changes by empowering the victims of urban transformation such as bringing together neighbourhood unions and creating open source maps of urban dispossession through which the interrelations among capital owners, government bodies and media companies are well explained. These maps are used by other local movements and NGOs to plan their activities in the field. At the hub, they develop unique public research projects, work on online / offline publications, map social and spatial relations, develop guides for refugees, help neighborhood unions create online newspapers, and curate exhibitions.

He also develops new tools and methods for participatory urban planning and design, which allows local communities to be part of the decision-making processes in their neighborhoods and cities. He applies two very deep layers of participation: He first brings together subject matter experts and creates a cross disciplinary working environment at the hub; he then enables beneficiaries to make their own decisions about their living environments with the support of these experts in the physical field. Currently, he has a major project at the point of construction in which beneficiaries can even take part in virtual reality tours of the settlements that they have designed for themselves. At the end of this project, 234 families that were left homeless after the big earthquake in 1999 will have their livelihoods in the way that they have imagined.
Last but not the least, he has been active, intellectually and practically, in the field in the last 7 years in Istanbul, bringing knowledge creation together with social change.

He initiated various social platforms and contributed to the development of alternative discourses on urban transformation in Turkey by emphasizing the links between space and democracy through his award winning blogs. One of Yaşar’s assets is his interest and capacity to work in multiple languages and with cross-disciplinary teams, which allow him to learn from other contexts, to connect with different actors with diverse experiences and resources and carry the influence of hope element beyond Turkey.

Yaşar Adnan Adanalı has been highly engaged in the betterment of society since his early high school and university years. Throughout his undergraduate years, he spent his holidays in the impoverished cities of the South-Eastern part of Turkey, working voluntarily in child education, directly observing the impact of war and urban poverty on children. He also volunteered for displaced child victims of the big earthquake that took place in 1999 in Düzce. His understanding of social justice in Turkey had radically changed based on these experiences and this led him to take the road less travelled.

After completing world class education on social and political sciences, and social development practice, he declined a job offer by a London-based social consulting company to go instead to Africa to live in and work with informal settlements. He has lived in various cities of Europe, South America, Africa, and Middle East and worked on many urbanization projects varying from helping urban poor communities to develop strategies against forced evictions and campaign for the right to adequate housing in Dominican Republic to improvement of refugee camps in Palestine.

His conviction that social and political change starts from the cities that we live in today, his desire to live in a socially just, ecologically sustainable city, his democratic right to be part of the decisions that directly affect his life and the spaces that he lives in and his responsibility towards the communities and solidarity networks that he is a part of have led him to start his work at Beyond İstanbul. He is now an İstanbul based urbanist and opinion leader, frequently invited to the most notable universities in Turkey and the world to teach as a visiting professor for few weeks and give talks in his area. His Turkish blog on the issues of urbanism, Mutlu Kent (Happy City) received Best Internet Journalism Award from Turkish Chamber of Urban Planners. His English blog Reclaim Istanbul, was awarded ‘Best City Blog Around the World’ by the Guardian.