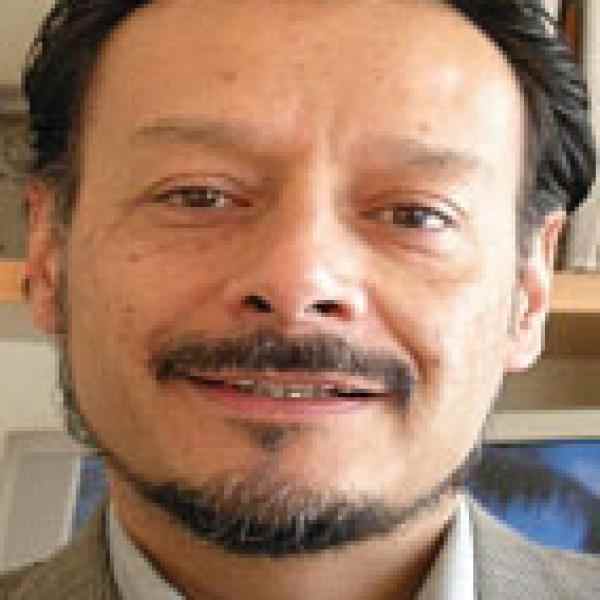 Pablo Romo’s Observatory for Social Conflict contributes to the peace process in Mexico by offering a thorough and timely understanding of conflicts and the ability to foresee and positively transform conflicts when they occur.

After many years mediating conflicts in Mexico, Pablo and his team at Services and Consultancy for Peace (Servicios y Asesoría para la Paz, SERAPAZ), have expanded their organization to include the Observatory of Social Conflict (Observatories de la Conflictividad Social). The Observatory’s purpose is to collect and analyze data about all current and past conflicts in Mexico, which can then be used as a tool by organizations such as SERAPAZ in their work as mediators. This analysis will include such information as: Key players, stated and unstated motives, how did the conflict begin, what tactics were used by both sides, how did each side position their “rights”, how did the conflict escalate, what strategies were used to try to resolve the conflict, and ultimately, how was the conflict resolved or postponed.
The Observatory of Social Conflict follows and measures conflicts, and then generates useful knowledge for social players involved in conflict to positively transform it internally or with the assistance of social mediators.

When Mexicans feel justice has not been achieved, and seek resolution, there can be a high level of social unrest. Some recent and well-known conflicts are criminal acts associated with the drug trade; the miners’ problems connected to the accident at Pasta the Conchos mine; the arrest of journalist Lydia Cacho; the murders of several journalists in various parts of the country; electoral and post-electoral problems; demonstrations against the media law approved by Congress; the social uproar concerning Atenco and Texcoco; and the teacher’s conflict in Oaxaca.

Aside from the familiar headline stories in major newspapers, a tremendous number of other conflicts continually come to light. Through newspapers and other forms of the media, Pablo is monitoring more than 400 social conflicts with his team of volunteers.

Among all the conflicts monitored by the Observatory of Social Conflict, Pablo believes 80 percent are negotiated primarily without a mediator, though a mediator may be present at certain stages. About 20 percent of conflicts have the participation of a mediator—often a representative for human rights or the community’s moral leader (80 percent of the time), presiding authorities (17 percent of the time), or from organizations specializing in conflict mediation, such as SERAPAZ (3 percent of the time). Many times the stakeholders are unyielding and the dispute is understood only in terms of winners and losers. To negotiate—or to find a solution satisfactory to both parties—is uncommon, which is why many times conflicts in Mexico do not follow institutional procedures, but resort to violence.

It is often a problem that the mediator is not appropriately skilled. Authorities may be perceived as inefficient, corrupt, or biased by personal interests that render them untrustworthy. Though many organizations do contact human rights organizations for support, the conflicts may not be within their jurisdiction. For example, when a community files a complaint about the excessive noise produced by a company, this is not an issue that a human rights organization can mediate appropriately.

Most mediators depend on their personal skills and good faith among those they work with to achieve results. Each mediator must develop and strengthen their own abilities; there are no ready-made tools to assist them. A mediator must take advantage of previous and similar disputes to inform them about the most adequate and timely solutions. A common problem is that authorities address conflicts in a reactive manner, giving priority to the most radical. Pablo understands that there are no tools to help authorities with their work plans and actions that will prevent an increasing number of conflicts, but a response must not be reactive to be effective.

SERAPAZ played a key role in the mediations between the Federal Government and the Zapatista National Liberation Army (Ejército Zapatista de Liberación Nacional, EZLN) when armed conflict broke out in Chiapas in 1994. Pablo was also instrumental during the negotiations, as a member of a religious order working for Fray Bartolomé de las Casa. Recently, SERAPAZ acted as a mediator in the Oaxaca dispute between the Asociación Popular del Pueblo de Oaxaca (APPO), and the Ministry of the Interior.

SERAPAZ offers two primary services. It acts as a mediator during serious conflicts, such as those mentioned of the EZLN and the APPO disputes, and teaches dispute resolution tools in its Peace Schools. The schools hold four three-day sessions throughout the year. In 2006, nearly sixty people attended the sessions, among them representatives of indigenous communities, municipal and state authorities and citizen organizations (COs).

Pablo founded the Observatory of Social Conflict understanding the need to create tools to systematize social disputes and thereby improve resolution possibilities. The Observatory has a large team of volunteers monitoring Mexico’s social conflicts through newspapers, media, and SERAPAZ’s network of contacts. The volunteers enter relevant information about a dispute into their database. The information includes the stated demand, the location in Mexico, the stakeholders and/or ethnic groups involved the causes that triggered the conflict, how it escalated, and the strategies used to resolve it.

One of the Observatory’s goals is to have the most comprehensive database of disputes in Mexico. To this end, the Observatory has been welcomed by universities and COs and has established volunteer teams in Guadalajara, Chiapas, Oaxaca, and Ciudad Juárez—enabling the Observatory to follow regional disputes.

Second, the Observatory uses this information as a tool for conflict mediation where SERAPAZ directly participates. During mediation of Oaxaca’s dispute between APPO and the Federal Government, the statistical information from the Observatory helped to convince the Federal Government to plan to involve the Federal Preventive Police, unarmed officials who use water jets instead of fire-arms. Although the dispute was fierce, this conflict did not escalate because the police did not use firearms as it had originally intended.

Pablo’s third goal is that the information of the Observatory be used by other institutions and governments for dispute resolution and to prevent social conflicts. Pablo is enthusiastic that the most populated municipality in Latin America, Ecatepec, in the State of Mexico, has requested the Observatory monitor any conflict in the municipality, ensuring the municipal authorities act in a preventive and not a reactionary manner. The municipal authorities would also like to implement more efficient work programs to prevent social unrest.

Pablo was born and lived in Mexico City until he entered the Order of Preachers (Dominicans) religious order, where he stayed for more than twenty years. He studied philosophy and theology. At present, he is pursuing an online PhD in Human Rights from a university in Spain.

Pablo has been the head of several human rights centers, such as Fray Francisco de Victoria O.P. and Fray Bartolomé de las Casas during the Zapatista conflict. He was chair of the Dominican for Justice and Peace Organization with offices in Geneva, Switzerland, and New York, U.S. While a Dominican, he was responsible for managing world conflicts related to human rights abuses. He held this position for three years. He returned to Mexico and worked in Chiapas for another two years before deciding to leave the religious order.

The Zapatista struggle showed him that a conflict does not necessarily need to end in violence and destruction. Conflicts can be defused and deescalated. One way to accomplish this is by learning from history, and the experiences of previous conflicts.

Pablo is convinced that to avoid solving conflicts one by one, it is necessary to accurately diagnose them, and to create a process that allows record keeping and analysis of social conflicts. This necessitates an ability to “read between the lines” concerning conflict origins and to monitor their evolution. Mediators will have the tools to help them identify trends and develop methodological instruments, with an enhanced ability to creatively and purposefully approach conflicts and find solutions.