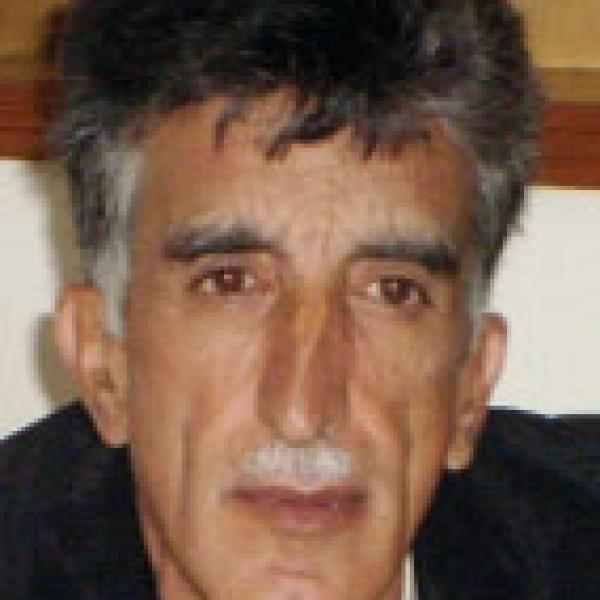 Jafar Shah is creating a model for partnerships between local communities, local government, and provincial/regional government to help conserve forests and natural resources at the community level. This gives the communities most dependent on and affected by the state of the forests a critical and prominent role in forest conservation. He developed a successful partnership in Swat and is spreading his idea by training community leaders and local government officials from other parts of Pakistan’s North West Frontier Province.

Jafar created Caravan, a citizen organization (CO) in the mountain area of Swat, to mobilize local people and cater to their needs through self-help and donor-sponsored projects. Caravan focuses on helping people manage their forest and water resources by assisting them to find alternatives to timber for heating and cooking purposes. It also responds to their health, education, and livelihood needs.
Jafar has also mobilized and organized tribal people of the mountain region in the North West Frontier Province (NWFP) of Pakistan to create a hierarchy of organizations from the village level to an apex forum consisting of representatives of the people living in four valleys. The apex forum—Kohistan Development Forum—is helping the provincial and local governments implement forest management and conservation policies through the newly introduced Joint Forest Management (JFM) directive. The JFM committee, comprising representatives of community, local government, and relevant provincial government departments is implementing government policies that were previously shelved due to lack of cooperation and coordination between the three groups.
Having demonstrated the positive affects of the JFM policy in the four valleys (especially through effectively controlling illegal logging), Jafar is using the United Nations and COs to tap the increasing number of networks of community organizations to help expand the JFM policy implementation to other regions and provinces. To support this expansion, Caravan is setting up a training center at Swat, and has developed a promotion campaign to influence government and international donor policies.

Forest cover in Pakistan is depleting at an annual rate of 3 percent despite expensive programs aimed at reforestation. Though policies and laws exist that grant community rights to use and manage forest resources, the government blames these communities for over-grazing and overuse of forest resources, and in an attempt to save forest cover, has curtailed community involvement in forest management and the use of forest resources. At the same time, the NWFP government allows forest cutting that brings in annual revenue and overlooks illegal logging carried out in its shadow.
Jafar believes that illegal logging is a major reason for the depletion of forest resources and the lack of coordinated joint action as the main disabling factor. In terms of guarding the forest, the number of guards is insufficient but has the benefit of legal protection, while the local communities have numbers but lack the legal cover. Secondly, at the community level, the need for timber for cooking and heating has increased with the increase in population. The same applies for grazing and farming. All these factors have had an adverse effect on forest cover and therefore on watershed management, which is being exacerbated by climate change.
While working on a Swiss-funded development project, Jafar saw that local people were willing to participate in conservation projects, but that the projects were short-lived and spent too large a ratio on overhead expenses, thereby putting the onus of conservation on the communities but without enough resources to do the work. These projects completely ignored illegal logging and the increasing curtailment of communities’ rights to forest resources. Jafar realized that organized local communities could effectively engage in forest conservation and controlling illegal logging but that they lacked representation at the policy level. The political platforms available to them were inadequate; they needed a large-scale social organization that could provide enough political representation to counter-balance the other vested interests.
In the recent changes to local government ordinance that devolved some of the responsibilities (and authority) from the provincial government to local government, and the newly introduced JFM policy, Jafar saw opportunities for community groups’ representatives to become effective partners in joint forest management as well as in implementing existing policies. The lack of an apex forum representing communities living in the four valleys also posed a challenge, and Jafar saw the building of such a forum as foothold towards giving the communities access to policy making and a say in policy implementation.

In 2004, Jafar received a grant from the UNDP to build the apex forum, whilst engaging the government in a policy dialogue on forest management. In the process, he made the local government a partner, which was a first and key step. Jafar built up the apex body, the Kohistan Development Forum (KDF), step by step. He organized groups at the community level in four different valleys. He created a network of community organizations at the valley level, and then went on to create a representative body—comprising the networks of four valleys—as the apex forum. At each level, organizational responsibilities and authorities were clarified and counterpart government and political representation identified and partnerships built. The hierarchy of communication and interaction has served to build ownership and has given the communities the safety net to advocate for policy change and for the implementation of policies in their favor.
The early part of Jafar’s work in organizing communities was mostly focused on smaller projects that aimed to protect the forests from overgrazing and the conversion of forest land to cropping and plantation. He encouraged the communities to work with the government programs on conservation. This built a strong relationship between the people and the government. The relationship with the government thus becomes a safety net for community members to guard the forest, controlling illegal logging and the removal of timber from the area. He also introduced village-level health and education projects and worked with the local government to construct the small-scale infrastructure to facilitate the work. As the community became more organized, he created a liaison body at the valley level, comprising representatives of the community organizations. This body became a partner of the Forest Department (which had been partially devolved from provincial government to local government), together creating a joint forest guard system. This effort initially started with community volunteers watching the movement of illegal timber and informing the forest guards. Later, guard posts were created for the volunteers. The murder of a community volunteer while on post led to the creation of the joint forest and community guard. To control the transport of cut timber through rivers and streams, the forest guard tied ropes across the banks.
As this system began to mature, policy level discussions on the rights and responsibilities of communities began, and many existing laws and regulations were identified that were not being implemented due to deliberate negligence. The KDF used the newly formulated joint forest management regulation to create a dialogue between the community and the government on the issue. These dialogues have helped the community to change regulations that required them to pay a hefty amount for getting the timber from their own forest for housing, and opened up the issue of the community’s right to forest resources for fuel, especially during winter since the area does not have natural gas and electric. Jafar has worked out the immense savings potential if an alternate energy supply could be provided to the people. One solution is to harness water sources from streams and rivers to generate electricity.
Jafar has also created a training center at Swat to train community groups from other areas on implementing the hierarchical forum idea for management of natural resources. The training center particularly targets existing CO and community workers, but also offers orientations and trainings to government workers and staff from various donor and international organizations. He recently presented his work as a success story at the Asia Pacific level, and is engaging the UN to replicate the idea in other countries. Jafar believes that in the next three years he will have covered the entire Kohistan region and that, through training of CO staff, the idea will expand to other places.

Jafar is from a poor but respected family of rural Swat. Because of his graduate training in Karachi, he learned to speak English. While in Swat, he had a chance meeting with a Swiss program officer and, because of his English speaking ability, he was given a job as social organizer in the Swiss-supported Kalam Integrated Development Project (KIDP). While working on the project, he displayed an exceptional understanding of social dynamics. In one instance, he advised the project to organize people into groups for small agricultural loans, instead of assessing each and every individual. This created greater efficiencies and helped the project reach out to a vast number of people. He rose to a senior position in the project, but left once the project ceased despite the fact that people were still struggling to transform their economy. With a few friends, he formed Caravan to continue giving professional support to the community members.
After leaving KIDP, Jafar took a job with the Sarhad Rural Support Program and experimented with various community networking techniques, finally establishing a network of community organizations in the Haripur district of NWFP. His experience and lessons learned here encouraged him to return to Swat and take on the work of forming an apex forum. Jafar has worked full-time with Caravan since 2004.