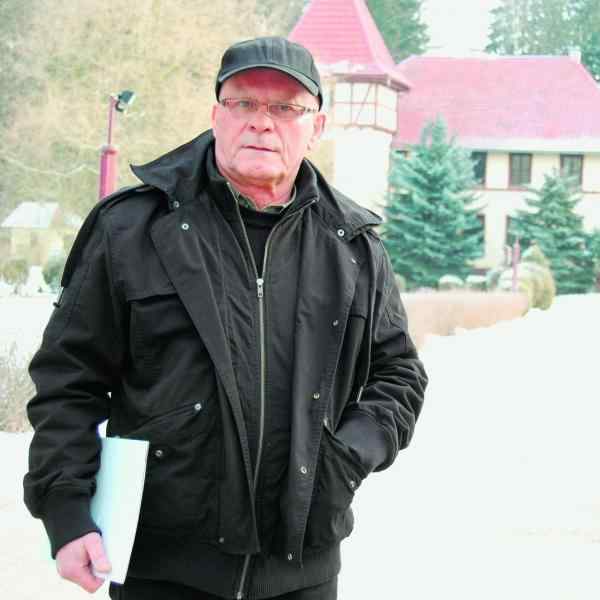 In an unconventional combination of drug rehabilitation and environmental programs, Donat introduces drug addicts, often with HIV/AIDS, to a number of outdoor activities and environmental work experiences. Unlike other rehabilitation centers, he utilizes a farm as a place where addicts can perform the work they might be doing as healthy people. Through a variety of different agricultural and outdoor activities, Donat is helping addicted individuals return to normal life.
Unlike most other social institutions, Donat's model is a self-sustainable operation. Food is grown on the property. The land is taken care of by the patients as they develop new skills in agriculture. The wider community provides some staples free of charge. Healthcare is provided by the local community in exchange for food grown on the farm. Donat has also created sustainable human resources; the farming-therapeutic community is responsible for the operation of the facility and elects its own leadership.
A key to Donat's success is the importance he has placed on cooperation with local communities and governments. Through cooperating with local governments, Donat has been able to identify mutually beneficial components of his work. He creates job placements for addicts and income-generating activities for neighborhood villagers and farmers. For the most impoverished, Donat has a program of free "breed-and-sell" rabbits. Donat also provides schooling for people in his program. In doing so, he is creating new perspectives and possibilities to help those who are addicted and ill.
The effectiveness of this therapy lies in the variety of activities it offers. A therapeutic model for addicts, it is also a place where people contribute to the environment and to local communities, access jobs and ecological education, and validate a method of economic sustainability. Donat's model is beginning to garner national and international attention and respect.

Following the fall of communism in the early 1990s, there was a dramatic rise in drug abuse and addiction in Poland. Its weak border control has made Poland a transit country for drug dealers in Eastern and Western Europe. This has tremendously increased the access people have to drugs. Currently, 10- and 11-year-old children have easy access to dealers who trade in primary schools or in their neighborhoods. About 3 percent of the population are addicted to drugs, and more than three million people are experimenting with various types of drugs and chemical substances.

Drug rehabilitation centers in Poland fall short in addressing the full spectrum of addicts' needs. For example, while a number of drug rehabilitation centers were started in the 1980s and 1990s by the government, they did not address the needs of HIV-positive addicts. In general, Polish programs are insufficiently funded and often fail in helping their patients. A majority accept aggression, even violence, between patients and therapists. Such tactics contribute to a high dropout rate in drug addiction therapy, and patients who drop out are usually not allowed to reenter the programs.

In the early 1980s, Donat lost many of his close friends to drug overdoses and AIDS. This period of his life inspired him to start working on drug issues. By the early 1990s, after noticing the lack of rehabilitation facilities for addicts with HIV/AIDS, he cofounded the association "Solidarity Plus," which focuses on treatment for HIV/AIDS-infected drug addicts. He initiated the establishment of centers for addicts and began to develop his own ideas about how they should be run.

In October 1992, Donat secured a property in Wandzin and moved into a dilapidated mansion there, intending to create a place conducive to a good quality of life for drug addicts battling serious addiction, those with HIV/AIDS, and those in various stages of post-addiction dementias. He called this new facility the "Eco School of Life." From an early stage in this effort, Donat worked to gain support from the local villagers and increase awareness about the problems he was addressing. Donat organized educational meetings with parents and teachers. He walked around the villages talking with people, introducing them to his ideas. He talked to the local governments and gained support from local businesses, which allowed him to recondition the castle by 1994 and collect construction materials for expanding the farm's operations. Between 1996 and 2000, as Donat developed the facility, he became more specific about these this facility would best serve. He decided to receive only drug addicts, especially those who had already tried multiple types of therapy numerous times and had failed. By 2000, Donat created places for 120 people with drug addiction, 40 percent of whom were HIV/AIDS positive.

Although residents were initially reluctant to engage in the farm work, over time they embraced it, and going further, took charge of the canteen, ambulatory, animals, and heating system. Currently, the whole farm is run and managed by former addicts.

Donat offers a complex therapy that starts with the "Survival Camp" for young people from 18 to 25 years old, and continues with community- and environment-based therapy at the Eco School of Life. A key component of the camp is that the young addicts interact with and help care for the live-in patients in Wandzin who battle AIDS and mental diseases, two key consequences of addiction. They also have professional development experiences through leadership opportunities, work on the farm, and assume responsibility for the work of breeding the animals. Every three weeks, his survival camps accept new groups of 30 young addicts. From July 2000 to November 2001, more than 640 people participated in the Survival Camp in Wandzin and 225 in Gajki, a new center run by one of Donat's former patients. Because of the high demand for this component of his work, Donat is working with the staff to increase capacity.

Donat has introduced various environmentally sound farming methods that have become important parts of therapy. In what Donat calls the "close-to-nature program," patients grow nearly extinct species of fruit trees or breed vanishing species of rabbits and chickens. This income-generating program has a strong impact on the community. In 2000 Donat distributed approximately 1,000 rabbits to the residents of five neighboring communities. Donat is establishing small breeding cooperatives, where people from regions with the highest unemployment rates are provided with pairs of rabbits for breeding. They are encouraged to use the rabbits as a currency for further distributing rabbits and fruit trees.

Donat's program creates jobs in a number of ways. Aligned with international conventions on biodiversity and the preservation of endangered species, the community at the Eco School receives financial donations to continue their environmental programs. Residents and community members secure work through the contracts Donat has developed with governments and businesses. Further, he is creating job placements for the hospice and with his Biodiversity Protection programs–more than 25 new job placements in 2001. Donat anticipates that as a result of expanding environmental protection programs, approximately 100 to 150 unemployed will find jobs through his efforts.

Donat's work is developing a strong presence domestically. The Eco School of Life is the largest facility for drug addicts in Poland, and is well known for its results in drug rehabilitation. He cooperates with detoxification wards in the hospitals and receives patients from all over the country. He uses the media to gain support for his activities and has influence on national policies on social aid for addicts and prevention programs. He lobbies for legal rights as well as for funds for medical treatment and new Eco Schools. Responding to the increasing number of addicts, the existing centers in other cities are starting to implement programs that were piloted in Wandzin. The expansion of his environmental protection programs and use of ecology to heal drug addicts is in the process of spreading to other regions of Poland. Donat anticipates that by the year 2006, Wandzin will have trained from 20 to 30 people who will be able to run programs that will help thousands of drug addicts free themselves from their addictions.

Donat is also spreading his ideas internationally. Since 1999, he has hosted seminars and workshops for representatives of Eastern European citizen sector organizations dealing with addiction problems. Therapies that were successful in Wandzin are now being implemented in Lithuania, Latvia, Estonia, Belarus, and the Ukraine.

As a teenager, Donat was a leader in a scout group in which he initiated various activities from holiday environmental cleanups to work helping elders. During university, Donat rebelled against the communist system and encouraged people to organize social activities rather than participate in street riots. He helped tutor the children of an 11-person household and organized people to help those in need.

Even though he was eventually a successful businessman, Donat was always involved in social activities. With his business savvy, Donat acquired buildings in Chrząstówek, and in 1994, he founded an association for disabled children called "Two Hearts," which he developed into one of the best rehabilitation centers in Poland. But Donat noticed that there were a number of institutions helping people with disabilities and a lot of funding available to support such work. Because drug addiction and HIV/AIDS do not usually attract such support and funding, Donat wanted to focus on helping people affected by drugs and AIDS.