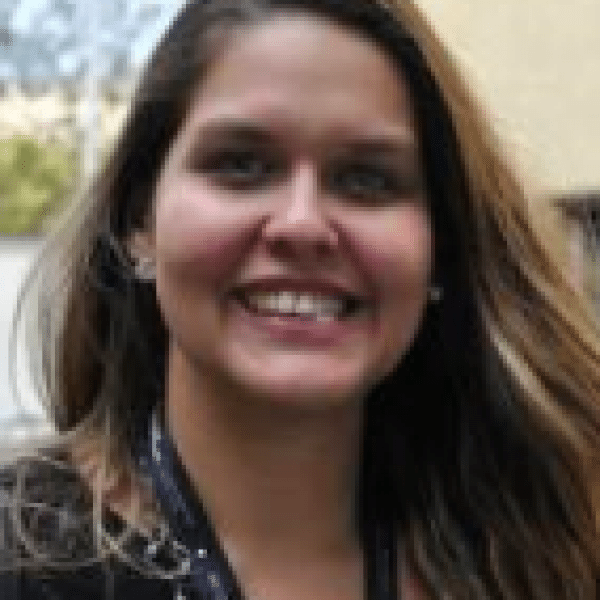 Daniela Silva is combatting the lack of government transparency and civic participation in Brazil using the Internet and digital technology. Daniela recognizes that by opening up government data and sharing it in an accessible manner, she is creating a culture that supports citizens’ abilities to play a role in the changes they want to see.

Transparencia Hacker’s work contributing to the development of a political culture of citizenship, encouraging people to participate more publicly in politics and to take ownership to solve problems. Further, Daniela’s work is creating a culture of collaboration and creation. Citizens are interacting with each other and with the government to resolve issues. For instance, if a tree needs to be trimmed for safety reasons in a neighborhood, a citizen can call an office in the city government of Sao Paulo to register a request. The request is tagged as complete when it is sent to another office requesting the tree to be trimmed. But there is no feedback loop to let the office that received the initial request know the work was ever completed. Daniela’s solution is to make the information about the complaint public knowledge so people can track where in the process it is and that it has been registered, so the first office need not receive the same request fifty times. Finally, Daniela’s work is changing the hacker culture to promote a positive brand—“hackers for good”—in addition to opening the field for women in a sector that his overwhelmingly male-dominated.

The Transparencia Hacker community has over 1,000 active members throughout Brazil, including developers, hackers, Internet professionals, activists, researchers, journalists, lawyers, and even government officers. This mobile community is multiplying as the demand for government transparency grows in conjunction with access to the Internet and digital technologies.

In 1988 after twenty-one years of military dictatorship, Brazil made its final transition to democracy. The period of authoritarian regime left a strong legacy in the Brazilian public administration, especially with regard to transparency of information and accountability. As a young politically democracy, Brazil continues to transition to a more active and accessible political environment. Unfortunately, government information is still not easily accessible. Further, most Brazilian citizens are not aware of the government’s obligation to present accountable data nor do they know which source to look for to obtain such data.

There are still few spaces for dialogue between the government and citizens. The government is seen as a slow, traditional and bureaucratic institution managed by an elite group and is often perceived as disconnected from average citizens’ issues, with no clear entry point or opportunity for citizens to interact with government officials.

According to the Federation of Industries of Sao Paulo, corruption costs about 7 percent of government revenue, equivalent to approximately 1.4 to 2.3 percent of Brazilian GDP or $51 to $85 billion dollars. It is clear that there are no tools to help bureaucrats to increase transparency and accountability. Brazil must establish a political culture with a focus on greater citizenship, enabling and liberating citizens to demand new forms of political participation.

Another consequence of this democratic deficit is the lack of trust citizens have regarding democracy. Economically, the lack of transparency encourages corruption and unnecessarily increases bureaucratic spending by multipling tasks that could be optimized through greater data sharing and public information.

Additionally, Brazil is passing through an exciting information age in which the culture is connected to social media and social networking. With greater accessibility to the Internet, citizens are using digital technology to solve social problems. However, there is minimal online space for interaction between government officials and the public. This is a missed opportunity to stimulate participation and collaboration.

In 2006 Daniela launched Esfera, a “think-and-do tank” focused on politics and the Internet. In addition to being the platform to spread Transparencia Hacker, Esfera works with governments on projects to open up information and management processes, and further encourage citizen participation.

Inspired by the Obama Administration’s use of the Internet in the U.S., the Administration of President Luiz Inacio Lula da Silva created a blog as a way to update citizens on government activities. However, unlike most blogs, Lula’s blog did not allow for comments. In response to this, Daniela and her colleague Pedro Markun created a similar blog and adapted it with a space for public comments to show the power of the Internet to encourage public participation in the political system. After this act of technological civil disobedience received much positive publicity and wanting to create something of her own, Daniela organized a “Hack Day” in December 2010. She intended to bring people together to discuss the issue of government transparency and how technology can help enable accountability. Over 100 volunteers attended the event, which led to a series of projects to monitor the public administration. This led to the creation of Transparencia Hacker in 2012.

Today, under the umbrella of Esfera, Transparencia has three full-time employees and a community of over 1,000 volunteers. A grassroots movement, the volunteer Internet-based initiative is to be and promote a “do-acracy.” Community members are empowered by the idea that in order to solve a problem, they need to be the solution. Members are spreading this idea and are naturally multiplying their work by bringing others on board. Through events such as hack days, projects, conferences, and online work groups, Transparencia Hacker is opening government information and sharing it with the public. Both Daniela and community members organize events; smaller groups within the community can start a project and post their findings, progress, and so on, on Transparencia Hacker’s website. The group accesses public data, analyzes the content, and shares it with the public in a concise and simplified format.

The purpose of Transparencia Hacker’s projects are threefold: (i) to educate people about opening government data (ii) to change the way government relates to citizens and shares information, and (iii) to transform the way people interact with the government and solve social problems.

The transparency projects are as varied as the public issues. For example, one Transparencia Hacker project analyzed the power and value of a single vote. By gathering information about votes from different districts, the online volunteer team tracked an individual vote and all the laws that passed and changes implemented as a result of that vote. The information was then published on Transparencia Hacker’s website, allowing readers to see what their vote had done. Another project gathers grades from a state mandated test that is taken by all high school students. The team analyzed the data and identified which schools on average performed the highest in different regions of Sao Paulo. Other projects on Transparencia Hacker deal with budget oversight. Since 2006, a presidential decree requires all federal agencies to disclose their budgets on their websites, including the salaries of civil servants. Considering this information as a valuable first step toward necessary accountability, Transparency Hacker uses this data to monitor government spending.

Daniela does not wait for people to find Transparency Hacker but is an active recruiter and marketer. She uses a HackerBus to go into public squares, events, and even the favelas; calling this project a Hacker Invasion. At each stop, people are allowed to enter and learn about the projects of Transparencia Hacker as well as the value of opening government data. The HackerBus also completes projects while en route. For example, after learning that a favela in Rio de Janeiro, Complexo do Alemao, was not mapped on Google, the HackerBus travelled to the favela and mapped it, educating the neighborhood about what they were doing.

In addition to support from Esfera, Transparencia Hacker relies on support from grants and donations, including support from Catarse, a Brazilian crowdfunding platform. Daniela’s work has been recognized by many enthusiasts and government transparency groups around the world. Others recognize that the act of providing access to information in all public spaces will spark change everywhere.

Knowing that she is one of the few women working in a space heavily dominated by men, Daniela reaches out to women to involve them in the technology and hacker fields. Moreover, Daniela is working to support women as a whole, bringing them closer to the world of software, technology, transparency, and public culture to provide them with a voice. She has been recognized for her efforts and was awarded the Inspirational Women in Action Award from Global Voices (2011) for engaging women in technology.

The daughter of two teachers, Daniela has always been fascinated by information and data. Since the fourth grade, she wanted to be a journalist because she saw the value of information for change. Ahead of most of her friends, Daniela graduated from high school at 16 and started college the same year; studying journalism and social sciences. In college, she had the opportunity to study at the University of Texas in Austin. She took a class on international journalism sponsored by the Knight Foundation, which exposed her to the possibilities of the Internet.

Returning to Brazil in 2006, Daniela worked as a journalist in a newsroom. However, she felt trapped and frustrated by her lack of freedom. She worked at several other jobs, including a publishing company and with the Mozilla Foundation, but each time she felt stuck and knew she needed to create something of her own. She attended a Bar Camp in Florianopolis, Brazil. The camp was an innovative un-conference event discussing topics such as Internet and technology. Completely fascinated by the event and the experience, Daniela produced the event in Sao Paulo.

Daniela was also working on her master’s degree in Sao Paulo, studying the elections system. She wondered what would happen if the government was administered through the Internet, allowing everyone to see its activities. This question became the foundation and inspiration of Daniela’s work with Transparencia Hacker. Realizing that no one else in Brazil was working to open government information, she dedicated herself to this idea.

Soon after, Daniela began to get involved with the Casa de Cultura Digital (House of Digital Culture), where she met many people enthusiastic about her idea and her work. She began to build a community of hackers, cyber activists, and journalists interested in spreading government transparency through the Internet. Daniela organized the first Hack Day and soon after founded Transparencia Hacker to make the government more accountable to its citizens.