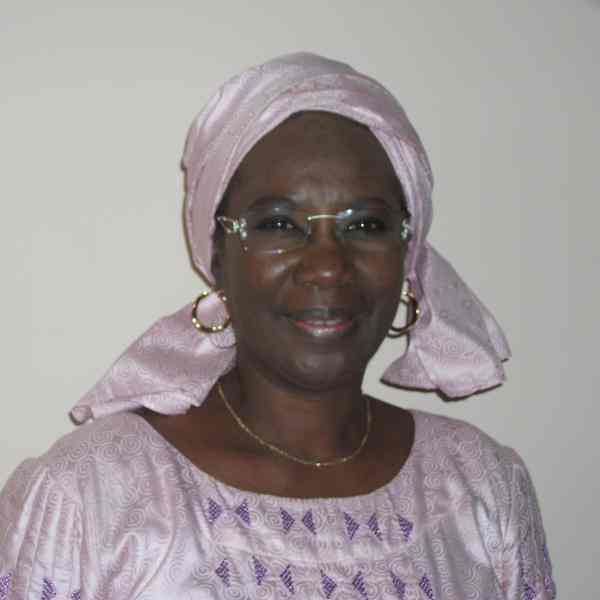 Soukeyna is the founder and President of the first micro finance institution dedicated to women entrepreneurs in the informal sector in the Sahel in 1987. Up to now, she continues her mission to ensure that women members have access to financial support, including a cash management basic training essential to the viability of their business organizations. Today, she is the Executive Director of INAFI (International Alternatives Financial Alternatives Services), a worldwide network of microfinance institutions to defend the rights of alternative social banks.

Soukeyna Ndiaye Ba is a pioneer in Africa’s microfinance sector, which is a powerful tool for economic development for poor and illiterate women. In 1987, she set up the first microfinance institution in Senegal FDEA (Female Develop Business in Africa) for financial and economic inclusion of this component of the population marginalized by the traditional institutions of Finance. To enable them to ensure their self-management in the long term and to satisfy their most pressing needs and those of their families, she set up financial services for savings and credit activities and a system of support and ongoing coaching of clients. Since its inception, the FDEA has successfully demonstrated the ability of women, despite their extreme poverty and lack of education to repay their loans, thus contributing to the development of their country.

Soukeyna is enforcing these social principles for the field of micro-finance, which has turned away from its goals to move to a more focused on financial aspect model. To counter these deviations, she has played a leading role in the establishment of a worldwide network of microfinance institutions with similar views to create a chain of solidarity to defend the rights of the alternative finance. In 2002 this led to the creation of INAFI International, with 300 members and Soukenya as president. Recently, Soukeyna assembled a network of leading women entrepreneurs like her to experience a post-micro-finance approach to return the focus on the needs of poor and illiterate women without financial training.

Senegal is one of the world's poorest countries. Despite sustained growth in recent years, the standard of living of Senegalese remains very low. Since the adoption of structural adjustment policies in 1981, the Senegalese people are experiencing continued deterioration of their living conditions. Insufficient agricultural production, low capacity of the economy to create sustainable jobs and the lack of resources allocated to social services contribute to worsen the poverty that already affects nearly 54% of the population. Whether women live in urban or rural areas, they are recognized as an important group among the poor (20%). Some initiatives have been taken for them by the government, donors and NGOs, but they have not yet achieved the desired results. To fight against their poverty, women organize themselves individually or collectively by investing in income-generating activities and thus represent 60% of the formal sector.
But unfortunately instead of getting them out of poverty, these activities keep them in this state. The recipes are often made to pay for household expenses and so the woman cannot save for the viability of the small business. Added to this is the illiteracy of women (20%), their total ignorance of revenue management and lack of access to credit. Indeed, banks tend to ask any kind of warranty that often lacks the woman, or personal contributions considered too high for a good part of the population, or interest rates that could be considered as a scam. To develop income-generating activities, it was necessary to have a credit system adapted and accessible, specialized in credit projects oriented towards the family farm with acceptable security establishment which will not research profits.

Analysis of development has shown the undoubted contribution of Micro Finance, and in particular in the context of the fight against poverty. His most common appearance and most publicized is the micro credit for women. The initial goal was to loan money to both women and men. Very quickly it nevertheless appears that women were more reliable and regular in their repayments. An additional reason for the feminization of microfinance dwells in its increased efficiency in terms of fight against poverty. The majority of studies maintains indeed that in a couple, when the woman has an income, she invests it primarily in children and families, that further improves the conditions of family life (source: Baden 2000)

In Senegal, there are currently 600 microfinance institutions with 124,000 savers and 149 billion saved with an increasing rate of outstanding debt. Financial including the World Bank began to take an interest and make lobbies to government under the pretext that microfinance is not a bank and therefore need professionals to secure and protect savings from populations. Thereafter, a new law came out in 2008 regulating the sector with the aim of making banks. Micro-finance is running the risk of losing its social side, the only tool that allowed him to approach people excluded from the traditional banking system. This highlights the need for microfinance’s actors to create a strong movement to survive and maintain their first fight against poverty goal.

Soukeyna began with a sample of women from a suburban market to better understand how they manage in order to identify best practices to improve and build a credit policy corresponding to their needs. She explained them her goal to demonstrate that their work can be a fundamental contribution to the economy and development of the country. From its own funds she gave to two women, resources and assists them with reflection and the establishment of a sustainable business. For their part, women make her a regular report. Watching them, she realizes that they have no concept of management and confuse profit and turnover. They had no idea of expanding the business but to resolve their daily problems. Thanks to her coaching women are able to make a profit and reimburse and therefore she could finance and support other women. When recruiting staff to form a team, Soukeyna relied on people being able to communicate with illiterate people wanting to become entrepreneurs. Her staff is trained and are then responsible for encouraging savings, coaching, training and strengthening management capacity. Her technique has attracted many others and Soukenya obtained the financial support of several organizations allowing her to share her experience, consolidate FDEA and develop training modules in the national language concerning business creation and development, accounting, marketing, to be taught to women.

Women became true leaders and were involved in all political and social decisions of their community. FDEA programs started firstly in the urban and semi-urban areas of Dakar and rapidly expanded in most regions of Senegal, 8 of 14 in the country. Target groups are from the most disadvantaged backgrounds, 55% of people living in rural areas and 45% in urban areas. Initially, members were composed mainly of women, men today are the majority with 50%, women 30% and the remaining 20% are comprised of corporations and small and medium enterprises.

Facing the more persistent threat of banks to control microfinance, Soukeyna combines with other institutions of Africa. But seeing that the continent was lacking of real experience in microfinance, she extended its alliance in Asia and Latin America. Participation in meetings and conferences gives Soukeyna the fame of a great actress in micro-finance and provided the opportunity to be entrusted in 1994 with the title of president of the organization of the African Conference on Micro-finance Committee. With the participation of 5000 African women, recommendations have been identified and have constituted the basis of work in Beijing summit where all micro-finance institutions in the world met. Taking advantage of this opportunity, she initiated with four other institutions an event named “Credit Corner Meeting” which permitted to invite all political personalities to discussmicrocredit. Hilary Clinton was present and decided to become a spokesperson and supporter of this field.

In order to preserve this alternative bank, microfinance’s actors including Soukeyna have created international INAFI with 146 members from Africa and Asia which is developing an approach that does not only take in consideration the institution, but people and their needs. INAFI is strengthening economic capacity of the members as well as their leadership withthe support of several large organizations including those of Abel Fazal Brac.. Recognizing the need to maintain the viability of FDEA, Soukeyna develops strategic financial partnerships. Currently, Soukeyna started a project with Senegalese immigrants in Europe. The amount of money sent each month to their families does not just serve the consumer, but contributes to the economic development of the country.

Soukeyna is a sociologist who, very early, has specialized in Action and Development. With her first job in Senegal at SAED in 1977, she faced the recurring pasture’s conflict in the north between breeders and farmers which caused several deaths. Despite her young age and her European clothes that are unacceptable in the middle, she managed to reconcile the antagonists by using its status of woman. She firstly saw groups separately and then together. Such things had never been done before for safety. But realizing that culturally women were obliged to adopt a respectable attitude, she exposed the complaints of each side and proposed a solution that satisfied both parties.
Before entering the government of Senegal, she had had several meetings with President Wade on the issue of Micro-finance that will later lead to the creation of the Department of Micro-confidence related to women's entrepreneurship. From 2002 to 2005 she was Minister of decentralized cooperation and regional planning in charge of local economic development in Senegal.

Soukenya has over 15 years of experience in development and international cooperation with the United Nations in many regions including the United States, Europe and Africa. Soukeyna is currently the Executive Director of the International Foundation INAFI and afounding member of several international networks, including the African Federation of Entrepreneurs Women (AFWE), INAFI and Micro fin Afric. She is a member and vice president of FAVDO for the women’s group (Federation of voluntary development organizations) and member of the board of “Grameen Bank Agricole” of which she was the director in 2010.