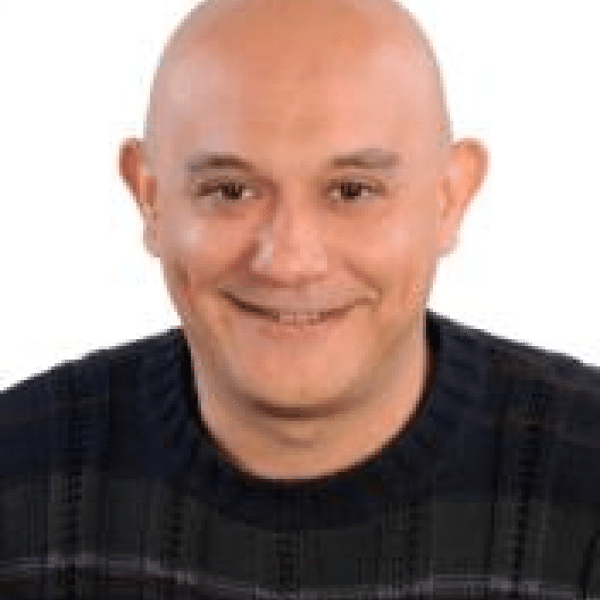 Amr is popularizing access to healthcare systems by gathering and deploying intelligent information and establishing preferred policy in Egypt.

Amr is making the healthcare industry more inclusive through the creation of SmartMed, granting access to low-cost, self-managed, and personalized health care programs. SmartMed focuses on the actual treatment, where choices are minimized and affordable options are provided. Amr works with individuals living on less than $2/day, in addition to small workshops that contain 6-10 employees, small medium factories/enterprises.
SmartMed’s main focus is to cover the supply chain of the healthcare industry by enabling individuals and organizations to pay affordable, fixed administrative costs to gain access to tailored medical programs and provide Third Party Administration (TPA) to insurance companies, which leads to a decrease in the costs of their services and includes more people in the healthcare system.
SmartMed provides healthcare access to underserved segments of the Egyptian population with scaling potential in MENA countries with similar health care systems such as Bahrain and Jordan. Amr’s mission is to ensure affordable access to quality healthcare for the +50% (50 million) of Egyptians without health care programs, instead of depending on charity to be part of the system.

in a population of 100 million citizens, only 50% have social health insurance coverage in Egypt, leaving 50 million behind with neither budget nor infrastructure. Furthermore, only 4 million have private health insurance, which negatively affects Egypt’s economic development. According to the WHO, the government is focusing on making health insurance accessible to the elderly only. There is no focus on university students, widows, or children. Healthcare delivery in Egypt is highly unorganized with a lack of proper administration and inclusion, as well as inadequate resource utilization; government provision is divided into 4 parts, the most efficient of which is trade unions; however medications are not covered, neither are emergencies i.e. accidents, and merely EGP7.5k is allocated to major operations and hospitalizations. Additionally, there is no ease of service. In low-income areas, there is a noticeable lack of access to quality healthcare advice, and patients are constantly faced with challenges while accessing medical specialists.
However, as with most medical services in Egypt across the private and non-profit sector, the provision of services used is scattered, complex and depend on costly management systems that result in expensive overheads, low service quality and significant underutilization of resources. Many barriers to entry will face any health care private entity, such as government laws and regulations, inflation that increased the cost of the MRI “Magnetic resonance imaging” device from EGP2.2 million to EGP6 million. Finally, private insurance only covers 4m Egyptian citizens, which accounts for only 4% of the population.
There are three root problems that Egyptian citizens face with regards to health care. Cultural problems, where poor individuals perceive a good treatment by paying a lot for medication, by undergoing an operation or by doing an MRI “Magnetic resonance imaging”, which is a medical test, which leads centers such as radiology and analysis centers to exploit individuals to make higher profits.
In addition, limitation of options is an issue, where 27 million citizens are struggling on less than $2/day (that was before inflation – that is 32.4% in pharmaceutical products and 26.8% in the healthcare sector, according to CAPMAS, after inflation that number grew) they have nowhere to go, resulting in their death from liver and lung diseases. Regulatory, government includes more people than they can afford in health insurance, hence not able to create plans, budget and programs for these extra citizens. 80% of families earn daily/monthly income from the informal economy and only 5.5% of GDP is expended on health care, with, according to the WHO: The highest rate of hepatitis C in the world (around 25%, that is 25m); High pollution rates resulting in kidney, lung, and abdominal, and respiratory system diseases; 12m (12.5% of the population) are diabetic; High rate of obesity (70% in adults, 18+ years old) that comes with associated complications, such as coronary heart diseases, high blood pressure, stroke, cancer, type 2 diabetes, sleep apnea, gallstones and even more; According to the World Health Organization “WHO”, World Bank, USAID, CAPMAS and the Egyptian Government, the Financial Supervisory Authority; the market of health care in Egypt is worth 22 billion dollars, where 60% of it is out of pocket expenditure; which is equal to 16 billion dollars. Dysfunction arises between stakeholders of the healthcare system; payers, medical providers, regulatory frameworks and citizens, which must be addressed by the administrative approach using technology.
Amr is focusing on two main challenges that are facing the healthcare sector in Egypt and is attempting to overcome them. Private multinational corporations are the most accessible and well-established entities in the health insurance sector, however their costs. The Government drafts laws and works on the infrastructure, but there is no budget for the healthcare sector. Amr successfully established SmartMed and is growing; this is a way to influence the government’s mindset by proving the success of national companies.

SmartMed is a healthcare institution that manages low cost healthcare programs. It consists of a variety of programs with limited and unlimited options. It deals with corporates such as small and medium enterprises, individuals, families and clients such as Bupa, the international insurance company. Sehaty program is an example of the micro health care program initiated by SmartMed targeting individuals who can’t afford treatment. Additionally, SmartMed also provides services such as Call Center, consulting and access to network.
SmartMed has a diverse clientele that includes corporates, individuals and families. Organizations include not-for-profit organizations, small and medium enterprises, workshops (6-10 employees), and small/medium factories, which is risky for labor health and safety. Corporates are responsible to pay a fixed cost for their customers consisting of administrative fees that can reach 30-50 % of corporate account costs. General Practitioners are responsible for data collection that includes the partners, different hospitals, location and pricing, and medical stores, the quantities and prices. This reflects the variable cost since it differs from one individual to another, every month.
Shifting to the families and individuals, they deal with different programs. SmartMed offers the Sehaty program. Sehaty program gives them limited options, where individuals buy a card for $6/month and families for $12/month. Individuals and families have the right to use partnering hospitals with controlled options like diabetes treatment and dental healthcare. It, however, excludes treatments such as cancer and skin diseases. Another program is the self-funded scheme, where individuals, small, medium, and large enterprises are open to more options and have access to SmartMed data by being charged for self-insurance administrative fees of 9-12%.
Moreover, SmartMed deals with health insurance clients for the safety and health care of their customers. They are responsible for organizing data packages that include each customer’s information like the illness and demographics. This is where administrators are responsible for delivering clients’ services to the customers. SmartMed benefits from clients by gathering their customers and fees for the services of the data known as sub-contracting.
SmartMed provides various services to all segments of society, including university students, widows and children. Economies of scale played a major role in his success. Call Center is an example of services, where customers can call a customer service representative, or a 24/7 hotline in emergency cases, with their questions. On a quarterly-basis, SmartMed contacts its beneficiaries to monitor and assess the level of satisfaction with the healthcare plan; in addition to some analysis regarding the calls where he found out that, waiting time is 26 seconds, the rate of abandoned calls is 2% and the first call resolution is above 90%. They also have access to the SmartMed medical network that includes hospitals, pharmacies, clinics, and radiology & analysis centers. In Sehaty Program, discounts can range from 10% on medication up to 60% on certain medical examinations.
Although SmartMed was launched 6 years ago, El Tayeb was able to reach 40k customers; 120 companies, 1 of which is a public health insurance company covering 10k employees out of the 40k and 86% revenue CAGR “Compound Annual Growth Rate”. He has 3 branches around Egypt, one in Greater Cairo, Alexandria and El Sharkeia with 75 young employees with medical, business and Technology backgrounds, in addition to 24000 members in 2017, a commendable surge compared to only 5000 members in 2011.
Currently, Amr is working on expanding locally in some cities like Assiut, Dakahleia and Alexandria, by communicating with three NGOs who are potential partners, Assiut, Dakahleia and Alexandria Businessmen Association. This will be highly beneficial to achieve his short-term goal of covering 10% of half the Egyptians without insurance. He is also scaling regionally to Bahrain and planning to create an outsourced health insurance department in life insurance companies. In order to grant access to more citizens in Bahrain, he is planning to expand geographically to Africa to overcome the challenges; difficulty of accessing health care, high cost and diseases.

Amr was brought up in Kenya to a medical doctor who used to work for UNEP. In Africa, Amr got exposed to the nature and people that nurtured his empathy skills. Upon returning to Egypt, Amr’s family started an agriculture project through which Amr understood the rural areas and saw firsthand problems and integrated with different people like peasants from lower socio-economic backgrounds.
As Amr is interested in understanding how the brain works and how this is related to emotions and mentality, he majored in Neurosurgery. He used to work in Qasr al-Einy hospital, where the poorest of the poor come as patients with critical illnesses. In 2002, he decided to raise charity money to start the first Intensive Care Unit for NeuroTrauma. This was when he noticed the inefficiencies and lack of sustainability of charity.
He then served as the director of medical operations at Resala, one of the largest volunteer organizations and providers of free healthcare in Egypt. At Resala, he established a unified model for the services provided by the organization to facilitate cost analysis, good governance and a consistent process. He managed to set up 4 primary care facilities and a primary care hospital in addition to starting a sustainable model and laying a foundation for a larger more specialized hospital. On one hand, he recognized at that time the lack of general practitioner and family doctors. That is something that he also saw when farmers in his family’s farm got electrocuted and a general practitioner had to be there to deal with 40 cases. On the other hand, he recognized that patients become demoralized when they are labeled as free health care recipients. To put an end to those two challenges, he decided to start SmartMed. SmartMed’s success lies in affordability of and access to more health care services, and is driven by the knowledge on the limits of scalability and financial sustainability of a donation-based model.