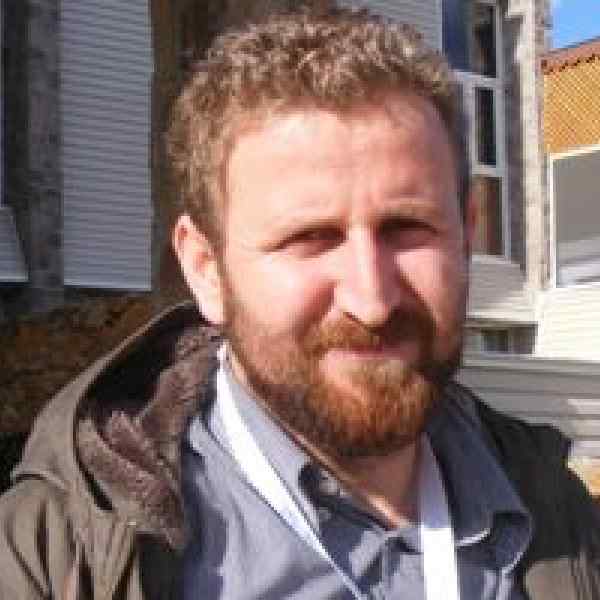 Abdülhalim is building a coalition to expose and prevent unfavorable health & safety conditions, occupational diseases and child labor in the Turkish textile sector by aligning interests of key stakeholders to cooperate in entrepreneurial advocacy efforts and by developing win-win solutions that make it possible to strike a balance between livelihoods and workers’ health and safety.

Acting as an intermediary between different stakeholders who were previously atomized or whose interests were at conflict with one another, Bego has built a committee that is able to develop multi-stakeholder solutions and conflict resolution models to address the main challenges of health and safety, child labor and freedom of association in Turkey’s textile sector.

Disciplined and strategic, Bego is making invisible issues visible by bringing health, safety and child labor issues to the workers’ and general public’s attention. In addition, he is organizing people and institutions (such as workers, trade unions, experts, opinion leaders, media) that were previously atomized to undertake critical steps such as documentation, advocacy and presswork, therefore building a coalition for driving a new workers’ rights movement. Finally, he is going case by case in developing solutions that strike a balance between livelihoods and working conditions, which is developing a know-how base for better interventions that put the workers’ wellbeing first.

As such, Bego is bringing citizenship to Turkey’s largely unregistered textile workers who face systematic right violations in health and safety issues by changing key actors relations and positions between another.

Textiles is one of Turkey’s oldest and largest sectors and plays a key role in the country’s export-oriented development. Turkey is home to the entire textile production chain, as a major global supplier for raw materials such as cotton, a major employer with over 3 million workers, a major exporter to Europe’s top brands and a major consumer with its growing economy and middle class.

Yet over 60% of the workers are employed in small, far from sight sweatshops and are working as unregistered workers. In addition, in the past 5 years, the unregistered textile sector has grown drastically as textiles absorbed the recent influx of Syrian refugees. Government audits show that registered textile factories are far from being safe and healthy workplaces: 78% show issues regarding fire and machinery safety while 58% show chemical safety issues and 48% do not comply with the legal the noise, ventilation, temperature and lighting standards. This leaves conditions in unregistered workplaces are largely unknown and only become visible when tragedies occur.

One such tragedy is silicosis, which is an incurable yet totally preventable lung disease caused by breathing in tiny bits of sand (silica). Silicosis is a well-known disease that develops over 20 to 30 years in mining and construction industries. Yet, in textiles, in unregistered workshops with unfavorable conditions, it progresses much faster, killing workers over 3-5 years, and it is often confused with tuberculosis which makes its diagnosis much harder.

The problem is further intensified with the lack of awareness among workers, unwillingness of labor unions to put worker’s interests as their priorities and the destructive attitudes of civil society activists which result in closure of sweatshops and jeopardizing workers’ livelihoods. Government confesses its lack of capacity in auditing facilities, as well as international brands that show the will but are not able to audit the highly segmented production chain through intermediary organizations. As such, Turkish textile sector remains a fertile ground for human rights violations, including those that have serious health and life consequences.

Piloting on this single occupational disease, Bego has developed a strategy which he executes through a nationwide multi-stakeholder committee bringing together previously disengaged or conflicting parties such as workers themselves, trade unions, international workers’ rights NGOs, public health experts, media, academia, fashion designers and design schools around the same goal. Today, he has expanded his strategy to cover three key areas for the textile sector: general health and safety issues, child labor and freedom of association.

Bego’s strategy for disrupting business as usual is based on four main pillars: a) bringing in new key players from the textile sector and designing new roles for them, b) creating opportunities for workers to become leaders, c) developing conflict resolution methods that result in win-win situations for all parties involved, which balance the wellbeing and livelihoods of workers, and d) undertaking entrepreneurial advocacy efforts to build momentum among consumers and related government institutions.
The multi-stakeholder committee is led by Bego and consists of 20 permanent members who meet once every two weeks and 3000 supporters who contribute to the committee’s work regularly. In defining new roles, Bego has brought in medical and public health experts to examine health consequences of textile production techniques for the first time in Turkey. He has encouraged them to produce solid research not only on the hazardous effects of procedures like manual sandblasting, but also on alternative, healthy and economical methods they could share with brands, suppliers, sweatshop owners and workers themselves. Similarly, Bego has brought in leading design schools and the designers of the future through competitions for designing worker-friendly products. One such campaign was “sandblasting-free” jeans, where designers designed jeans and they also used their influence on young consumers, who are a key consumer group for jeans, by organizing creative street art campaigns.

Bego is also empowering workers to act as ambassadors in spreading awareness and motivation to act among their co-workers, by involving them in developing and implementing conflict resolution activities. Using soft-power very strategically, they start by working with the workers or their families (if they are child workers) to better understand their social and economic situation and to have them take ownership of the situation. They then go step by step up the production chain, from sweatshop owners to auditors to brands to convince them to upgrade the working conditions to acceptable levels. To date, they have resolved three landmark cases in the textile sector, resulting in significant improvements in working conditions, in workers getting back their jobs as registered workers and in child workers being either sent back to school or being registered under the apprenticeship law if they are old enough. These three cases led to the emergence of leader workers from each case, who are empowered and are acting as whistleblowers and negotiators on health and safety issues in their workplaces.

The efforts of Bego and the Committee were so impactful that in a three year period they managed to have national level policy change which banned manual sandblasting, closed down all sandblasting sweatshops in the country, achieved high levels of awareness among jeans consumers, and produced a group of engaged and empowered workers who are earning influence in their trade unions. Building on these successes, today, Bego and the coalition are distilling and sharing their learnings on how to combine advocacy with innovative and win-win arrangements with textile workers to ensure their methods spread. Their future plans also include expansion to other countries: Since it was banned in Turkey, sandblasting has moved to less regulated markets such as Egypt, Bangladesh, and Cambodia, where Bego wishes to start similar initiatives.

Bego came to Istanbul from his village in Eastern Anatolia as part of the influx of millions of internal migrants seeking better life and employment opportunities in large cities. He found his place in the textile sector as a child worker at the age of 15. His last employer, where he worked for 3 years, was a manual jeans sandblasting sweatshop, which was preferred by the poorest migrants simply because they were the only ones providing a place to sleep. Bego was one of the first migrants from his village to start sandblasting and helped hundreds of others that followed to find jobs in similar sweatshops.

Bego later realized the sweatshops were providing accommodation because these workshops wanted to stay as hidden as possible, to hide their risky working conditions. Working and living in such a workshop for three years, Bego lost 56% capacity in his lungs due to silicosis, while many of his colleagues lost their lives. Being one of the first comers who encouraged others to come, he felt a deep sense of responsibility. Despite the doctor’s advice that he had to live housebound with an oxygen tube, he started a struggle which would end with a victory, one that would be one of the few successful movements of Turkish textile workers in history.

After he was diagnosed with silicosis, Bego entered a period of hopelessness which he was able to overcome through his passion, intellect and resilience. His efforts took him all the way up to the country’s leading doctors and even the President, who wrote a personal recommendation ensuring free and limitless language courses for Bego. As a result, Bego started empowering himself in all skills necessary to take his struggle to the next level. Very smart and talented, he was able to teach himself computing, coding and English to carry his struggle to the international field. He even completed his high school education and enrolled in university while caring for his four children. Today, Bego builds on his natural talents as a charismatic leader with high levels of empathy, his firsthand experience of being a textile worker, and the alliances he built in the struggle against silicosis to bring his work to new geographies and other key problems in textiles.