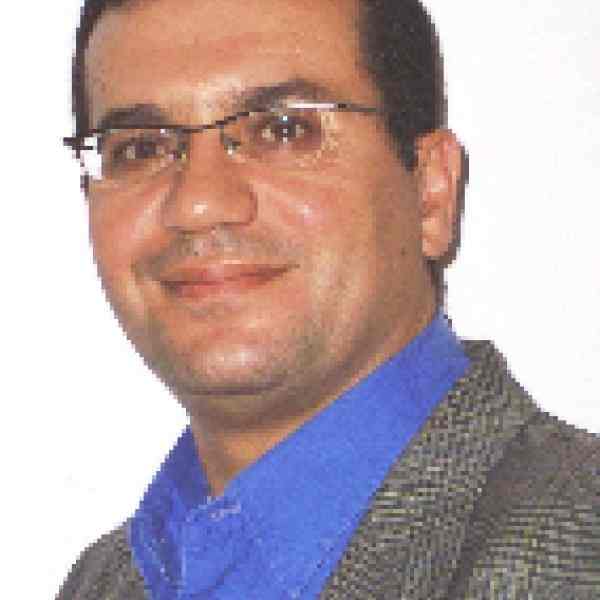 Al Rowwad Community Center
Abdelfattah Abusrour, who grew up in a refugee camp, is empowering Palestinian children with a new form of non-violent resistance by providing alternative activities for creative expression and…
Read more

Abdelfattah Abusrour, who grew up in a refugee camp, is empowering Palestinian children with a new form of non-violent resistance by providing alternative activities for creative expression and positive change, as well as therapeutic outlets for anger.

Abdelfattah has pinpointed a relationship between non-violence and healthy self-expression among children living in Palestinian refugee camps and developed venues and practices to build “beautiful resistance.” There, children can be separated from the violent and politically charged atmosphere that surrounds them each day. They learn how to use peaceful, cooperative means to release emotions and express their hopes and dreams in an artistic and constructive, rather than violent, manner.

Working from a base in Aida Camp, which is located on a border point—an area of continuous friction between the children and Israeli soldiers—Abdelfattah combats the child soldier phenomenon by creating vocal, empowered, and brave young promoters of non-violent resistance and peace. He is giving the children an opportunity to enjoy their childhood, a basic right many children in the world take for granted. Abdelfattah creates tangible safe spaces for the children of the camp to play and gain skills—providing an alternative to martyrdom and a respite from fear. He believes this freedom of expression will have a profound effect on their future life choices. The children will no longer need to throw stones at Israeli soldiers to show their resistance; they can instead turn their energies toward building a better future.

Through extensive arts programs, job skills training, educational tutoring, and psychological counseling, Abdelfattah’s work includes children, parents and schools. Through educational programs, performances, networking and active partnerships, his idea is expanding. When the political situation improves, he will assist the 19 West Bank and the eight Gaza refugee camps to adopt his work. Abdelfattah intends to extend his activities to neighboring countries with refugee camps and has begun engagement with camp leaders in Lebanon and Jordan. His innovative model of non-violent resistance can be replicated in any area of conflict to secure the rights of children and to help them resist coercion into political conflict.

The political instability and violence in the West Bank has taken the greatest toll on children. According to the United Nations Relief and Works Agency for Palestinian Refugees in the Near East, 181,241 refugees reside in the 19 refugee camps in the West Bank and 471,555 live in the eight refugee camps in Gaza (citizen organizations in the West Bank believe these to be conservative figures) and approximately 40 percent of all Palestinian refugees are children—experiencing violence, discrimination and deprivation. According to the Defense for Children International, as a result of Israeli military and settler presence in the Palestinian territories from September 2000 to May 2006, 745 children have been killed, 435 have been detained (53 from Aida Camp), and 6,631 have been injured.

An increasing number of children are showing signs of psychological problems and hopelessness. They are committing acts of violence towards their peers, family or adults in the military, and participating in radical political movements. When children lose faith in themselves, their family, and their country; they lose their sense of “belonging.”

Within this setting, infrastructure oriented to providing children with a positive sense of belonging and preparation for life has deteriorated. During the Intifada of 1987 many children did not attend school regularly, but participated in the struggle against the Israeli forces in the Palestinian territories, demonstrating or confronting Israeli soldiers. Poor academic performance and/or leaving school often followed, producing a generation of many uneducated youth. The Intifada of 2000 brought frequent curfews making it nearly impossible for children to go to school. In the process, children's rights to education and the protection of children’s rights to help meet their basic needs, set out in the United Nations Convention of the Rights of the Child, have been gravely affected. Palestinian children in refugee camps may never know a happy childhood. Teenage children are often drawn into violent political groups; the majority of suicide bombers' range from 17 to 21 years. If children know only violence, it is how they will express themselves.

From Abelfattah’s experiences in camps, he understands that children are sensitive and vulnerable; it essential to develop their self-expression in healthy ways. When he returned from study abroad to Palestine in 1994, the only place for children to play in Aida Camp was in the streets. Convinced of the need to create a space for children to learn to express themselves in a non-violent way, he created Al Rowwad Community Center (ACC), to safeguard the right of children to have a childhood, creating and promoting the concept of “beautiful resistance.”

Abdelfattah began his work in Aida refugee camp, where 4,500 refugees reside. He targeted children from 6 to 18 years—approximately 47 percent of the camp’s population. Abdelfattah was born and raised in this camp. He felt an imperative to intervene and reduce the constant tension between the children and the Israeli soldiers stationed there.

Beyond his work with Aida Camp, Abdelfattah has conducted 30 training workshops for children in six communities of the 19 refugee camps in the West Bank. To sustain his work, he trains additional trainers to become youth leaders in the camps. His trainees work on theatre production, dance, and coordination between among organizations, schools, and official bodies. More than 35 leaders have been trained in six communities. With a diversity of activities, he hopes to ensure a profound and sustainable social impact at all levels of the community—regardless of age, sex or religion. Furthermore, of the thousands of children who have benefited from ACC, approximately 60 percent have returned as teachers and volunteers.

To extend his outreach to families, Abdelfattah works in close collaboration with schools to provide a supportive education program—now one of the largest components of ACC. The program uses creative and innovative approaches to teaching art and theater to children. The program’s goal is to assist children having difficulty learning due to stress, fear or related social, economic or psychological reasons. School children participate in a progress measurement program with a prize awarded to those who make remarkable progress during the year. ACC has also been able to provide more than 70 youth with tuition to attend university.

Children from ACC have performed in Sweden, Denmark, Egypt, France and the U.S. ACC has also received a number of visitors to Palestine. In 2002 after a visit to ACC, several American playwrights—some Jewish—wrote an article for the American Theatre Magazine describing their surprise by the children’s maturity and generosity. Abdelfattah wants to change the world’s perception of Palestinian children; not as violent youth, but able to express their dreams, culture and heritage.

Abdelfattah was born and raised in Aida refugee camp. As a child and adolescent, he witnessed the only means of self-expression for the pain that came from the treatment by Israeli forces to be similar to that of thousands of others: demonstrations and aggression—both kept him from school and negatively affected his academic record. He realized this would have a lasting effect on his future and wished for an alternative method to make his case and that of his country heard. He dreamed of creating an environment for children to grow and develop away from violence, and he chose to promote peace.

While pursuing his MSc and PhD in Biological and Medical Engineering at Paris Nord University in France, he nurtured a passion for theatre and painting. Participating in numerous painting exhibitions, acting, and co-writing a number of plays, he developed the concept of “beautiful resistance,” realizing its therapeutic effect, as a means to encourage and promote creativity and non-violence, and to teach peace and respect for others. Leaving a life of prosperity and safety in France, he returned to the camp of his birth to implement his concepts.

Abdelfattah is introducing a future generation of Palestinian youth to this new method of self-expression and resistance. He believes his work increases the spirit of collaboration between children as well as their sense of belonging in the community. Given the chance to be creative and learn to set their own priorities, children can provide a bridge for a democratic and independent society—building a better future.