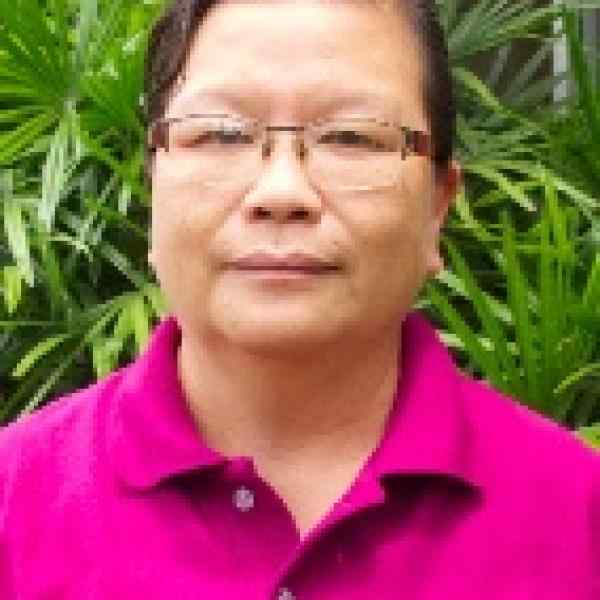 Supa Yaimuang is creating a movement of city farming in Thailand to improve access to nutrition for urban residents, while addressing a variety of social and economic problems through community collaborations. Supa’s city farming model is improving the lives of diverse clusters of society, including the urban poor, hospital patients, schoolchildren, and the elderly. Through a systematic approach that links rural knowledge and farmers to urban areas, she has been able to turn city farming into a phenomenon that is spreading to other Thai cities and the region.

In Thailand, urban consumers have limited access to nutritious food. As in all cities worldwide, the urban culture of food consumption relies on a high-fat and high-sugar diet of little genetic diversity. Growing one’s own food has been limited to individual recreation. Supa is transforming household hobbies into communitywide collaborations, creating a national movement of city farming to improve urban nutrition and overall quality of life. She is creating spaces of collaborative problem-solving for diverse groups of urban residents—including slum dwellers, public school students, hospital patients, monks, and the elderly. Moreover, Supa is creating links between urban and rural food systems, adapting traditional knowledge of rural farmers to the urban ecology. Supa is developing a rich pool of plant genetic diversity based on the variety of urban cuisine and diverse growing spaces in cities. Beyond creating widespread access to nutrition as a preventive health measure, Supa is using city farming as a vehicle to improve the quality of urban community relations and increasing public awareness of food insecurity.

The 21st century is an age of urbanization. More people today live in cities than in rural areas. In developing countries, population growth is three times faster in urban areas, according to United Nations estimates. By 2015, 16 Asian cities will have a population of more than 10 million, with 20 to 40 percent living below the poverty line. Coupled with the impact of climate change and the increasing frequency of natural disasters, cities today are more vulnerable than ever before. The urban population also has less food security, due to their reliance on purchasing instead of production.

As more countries urbanize, food has become merchandise rather than an integral aspect of culture. In the past, the production of food was linked to community relationships, thus ensuring the quality of nutrition as well as the overall quality of life. Neighbors shared seeds, labor, and surplus crop. Older generations passed on knowledge about natural resource management, ecology, and herbal medicine to the young. Today, urban residents purchase ready-to-eat food or prepare food from processed ingredients, with little control over its quality. A recent study found that many Thai monks are diabetic, due to the poor quality of food purchased and used for daily alms giving. Many studies find that vegetables sold on the Thai market are contaminated with dangerous levels of pesticides. Across Asia, the rate of obesity and diet-related chronic diseases are increasing among urban populations.

The urban poor are particularly vulnerable to food insecurity. In Thai cities, food spending comprises as much as one-third of household expenses. Rising food prices have the biggest effect on the quality of nutrition for the urban poor. Unlike the rural poor, the urban poor often lack secure land tenure and jobs—having no land, no water, and no time to grow food. During the 2011 flooding of Bangkok and metropolitan areas, people raced to supermarkets whose delivery routes were cut-off, causing staple food items to disappear from store aisles for weeks to months on end.

The more food is commercialized, the more consumption is homogenized. Today, most Thai’s consume only one genetic variety of each food item—the same variety of kale, cabbage, rice, and so on. Supermarkets and street vendors do not sell locally-adapted vegetable varieties which are suitable for diverse environmental conditions. The urban food consumption pattern is causing a depletion of plant genetic resources, worsening the problem of food insecurity among the growing urban population.

Foreseeing the insecurity of market food reliance, Supa is introducing city farming to urban communities, particularly disadvantaged. She has developed a flexible and replicable approach to create a “city farming movement” in Bangkok and cities across Thailand.

Recognizing the socioeconomic diversity of the urban population, Supa initiated an annual contest to identify pilot projects. Each year, Supa’s organization, Sustainable Agriculture Foundation (Thailand), invites urban residents to form a group of at least five members and identify common needs which can be met by city farming. Winning entries receive seed funding of 35,000 Thai baht (about US$1,160) to launch or continue their projects, as well as access to a network of fellow city farmers and ongoing workshops. The range of pilot projects include slum residents and factory workers who want to minimize household food spending, hospital staff who want to organize therapeutic gardening for mentally ill patients, housewives and elderly residents who want to turn the local garbage dump into a productive community space, and a public elementary school that wants to teach students about nutrition and ecology through hands-on activities.

Supa draws on the success of these projects to create more opportunities for collaboration in city farming. She trains hobby gardeners to become coaches to manage training centers for other urban residents. These training centers range from city gardens in slum communities, factories, rooftops, to abandoned lots transformed from garbage dump sites into gardens with the permission of private landowners. In three years, Supa has been able to provide seed funding for 100 city gardens run by 3,000 city farmers, several of whom have become city farming trainers to about 5,000 people.

Supa is using the Internet to expand her network of city farmers and create widespread public interest. Her staff members include young people, who communicate about successful projects in online communities, to inspire urban residents to initiate their own city garden collaborations. Supa organizes a monthly lunch for city farmers to share their crops, recipes, and new techniques in coping with ever-changing urban environmental conditions. Techniques include learning how to keep a city garden safe from street dogs, or how to grow food in small apartment buildings. These stories are shared weekly through a Facebook page with some 16,000 readers. The stories emphasize the ease of city farming, the diversity of benefits, and the support of an active community of city farmers. Supa’s team organizes study tours of city farms, which generate income for the training centers.

As the projects grow in number and scale, Supa is exploring ways that city farming can be integrated into urban development solutions. She is working with a group of hospitals to develop a guideline on how city farming can be used as a therapeutic activity for patients. Supa is also working with public schools in Bangkok to develop a curriculum on education, nature, and nutrition for children. In collaboration with city farmers in slum communities, she is exploring ways that urban community farms can generate reliable income alternatives. Due to the fact that some slum community gardens are being denied land tenure, Supa is negotiating with local government offices to turn urban wastelands into food production areas. She is exploring policy options for integrating city farming into long-term land use planning.

The City Farming Project that Supa founded three years ago is growing into a national movement, spreading quickly throughout the capital of Bangkok and to other cities. In this movement, assimilating ideas is encouraged. For instance, the Bangkok city zoo became inspired by the winning entry of a factory garden and later set up its own city garden to provide free vegetables for staff, as well as a weekend farmer’s market to educate zoo visitors about plant diversity and food security. In another example, suburban residents were inspired by a contest to turn an abandoned lot in their neighborhood into a city garden. Today, this garden provides a recreational pastime for elderly people in the neighborhood, as well as enough vegetables to be shared free of charge and occasionally sold to a local restaurant. Similarly, a slum community has been able to reduce their household spending by 30 percent by tending a community vegetable garden. Chiang Mai urban municipality government, the second largest city in Thailand, has set up ten city farming training centers, and urban hospitals in southern and northeastern Thailand are beginning to found city gardens for patient therapy, as well as staff relations development.

Turning the urban disadvantage to her advantage, Supa believes City Farming will become a resource for even more genetic diversity than rural farming. She is developing a seed exchange network between rural and urban farmers, old and young consumers who prefer different foods, people of different ethnic backgrounds with access to indigenous plant varieties, and people living in different types of urban settings who can curate seeds that will be adaptable to diverse environmental conditions. Supa is also collaborating with academics to design an ecologically-sound “urban home model” to contribute to food security. In 2013, Supa spoke at the Association of Southeast Asian Nations Peoples’ Forum on sustainable agriculture and food security.

Supa was born and raised in Bangkok, when the city experienced its first major influx of migrants. Over the span of her lifetime, Supa has witnessed the transformation of canals and orchards into slums and high-rises. While pursuing a degree in political science at Thammasat University, Supa engaged in the pro-democracy protests and volunteer camps in impoverished rural areas. Upon graduation, she pursued work in rural development with the aim of reducing urban-rural inequities.

Supa has over ten years of experience in rural development and sustainable agriculture, focusing on plant genetic resource management. She was inspired to pursue the City Farming Project at the National Fair on Herbs held in the capital city. About 100,000 visitors from Bangkok and the metropolitan area attended the event and expressed interest in more training.

Supa is conducting groundbreaking research in the field of Thai food security. She is the author of Indicators on Food Security at the Community Level, Economics of Happiness and Sharing, Changes in the Agricultural Sector and Sustainable Agriculture Amid Globalization, among others. In 2006, Supa was elected an Asian Public Intellectual.