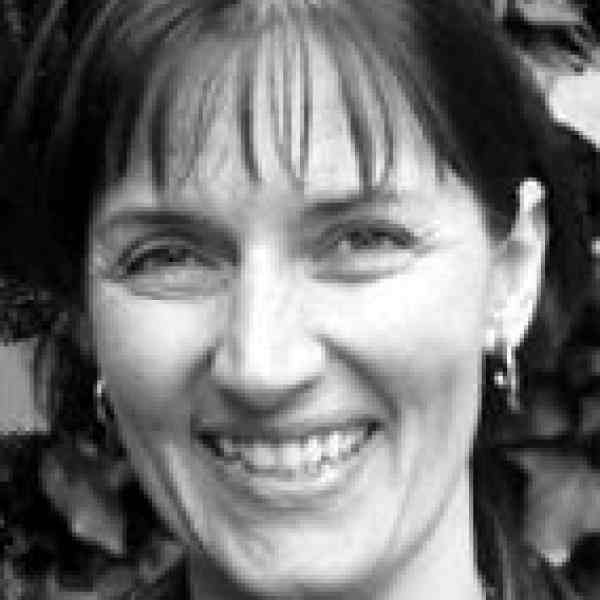 Linzi Smith, a former nurse, convinces factories to incorporate HIV/AIDS education into their worker training programs and employment policies. By identifying natural leaders among the workers and turning them into trainers and role models, she ensures both the long-term effectiveness and the dissemination of her HIV/AIDS education model.

Linzi identifies male leaders in factory workplaces and trains them to be HIV/AIDS peer educators and counselors. Because of the high level of unemployment in South Africa, employed men have high social status and authority. This means that on a community level, unemployed men often take their cues from employed men and tend to replicate their behavior. Based on her knowledge of South African sexual customs and her years of work experience, Linzi concludes that the best way to change harmful sexual behavior is to educate employed males in safe sex practices. Her organization, Education, Training and Counseling (ETC), approaches the management of corporate businesses and factories and encourages them to plan strategically, making provisions for the impact of HIV/AIDS upon their largely male workforce, and hence, upon their businesses in the future. Once accepted into a company, Linzi trains employee-leaders, motivating them to provide guidance and support to each other, and to promote safe sex projects in their communities.

In South Africa, large-scale posterboard campaigns have failed to change sexual behavior that is causing the rapid spread of HIV/AIDS. Behavior, especially sexual behavior, changes slowly in traditionally polygamous, patriarchal communities. Generally, South African men expect unprotected sex. South African women are willing to be sexually responsible, and many, having received general health education at clinics, understand the causes of HIV/AIDS. But their behavior and choices at home are severely constrained by male demands. Exacerbating these problems, men see health care as a part of the female domain. They are unlikely to visit a health clinic unless it is incorporated into the masculine world of work. Furthermore, male understanding of health issues is frequently governed by traditional and even mythological ideas that have little or no physiological basis. A good example of this is their belief in the inyoni bird, which purportedly lives in the stomach. When the inyoni is happy, a person is well, and when inyoni is angry, one becomes ill. To become well again, the inyoni must be appeased. There is general awareness that HIV/AIDS is linked to sexual behavior, but often HIV/AIDS-related illnesses are nonetheless seen as connected with the inyoni&#39;s unhappiness, rather than as the consequence of having sex with an infected person.
Even though changes in the beliefs and behavior of men are crucial to reducing the spread of this infection, there has been virtually no concentrated effort to educate people in a manner that will lead them to change. Government agencies have given out information about the disease, for example, but this attempt at education has had negligible effect. And although large numbers of critical employees virtually fade away in the grip of this disease, relatively few businesses and factories are approaching HIV/AIDS as a potentially devastating business problem. People who are trained in human resources frequently do not have a comprehensive understanding of HIV/AIDS, nor do they know how to help staff with the associated problems. Most often, this critical health care crisis is simply ignored. Linzi&#39;s model for addressing the crisis is replicable in other communities and countries where male-dominated sexual mores can result in increasing numbers of those who are sick and dying.

Linzi approaches high profile corporations and, using a professional presentation, convinces them that they need to directly address the HIV/AIDS problem. In addition, she convinces them that, because the company does not exist in isolation from the surrounding communities or the rest of the country, the workers themselves need to be involved in the process of spreading the safer sex message. Any money spent now on education and training, she tells them, is money well spent, especially considering the long-term business repercussions of doing nothing. She convinces management to undergo appropriate education themselves, and to allocate time each week for staff to be trained.
In the first quarter of 2001, Linzi educated over one hundred twenty employees from three different companies. Directors of these companies requested that she also work with staff from their company branches based in other cities, thus expanding the work of ETC. To date, news of Linzi&#39;s work has been spread largely by word of mouth, from one businessperson to another. She has plans to create a widening CEO culture of support for HIV/AIDS workplace training by engaging university students who are potential business leaders. The South Africa Revenue Service recently announced that money spent by businesses on HIV/AIDS training and support will be considered a tax deduction, a significant help to Linzi when she approaches corporate managers.
To earn additional credibility amongst corporate leaders, ETC is run as a business, with the profits used to equip and train under-resourced communities. The courses Linzi has designed may be used in any workplace, but do need to be presented by a facilitator who has a thorough knowledge of HIV/AIDS. To make ETC&#39;s services more accessible to a wider range of people, Linzi plans to employ and train African language speaking HIV/AIDS educators. The sessions with the workers are lively, pictorial, and intensive, but even so, it takes a lot of hard work before Linzi earns the respect of the men, who traditionally tend to believe women to be inferior. She has to overcome the strong ethos of masoga, the term for a Zulu man who has had many sexual conquests, and to do this she uses her knowledge of cultural behavioral and gender norms, as well as health education. She takes the learners beyond a basic awareness of HIV/AIDS to a more thorough understanding of the disease, its progression, and its impact on every level of life.
During these sessions, Linzi identifies potential peer leaders. One-on-one interviews are then held, with Linzi making selections based on criteria such as their willingness to speak about sex–a taboo topic in traditional Zulu culture. Selected men are further mentored by Linzi over a number of months. They learn tactics to persuade other men to take responsibility for their sexual behavior, and they learn to provide counseling and support for those in the company who are infected. Linzi&#39;s leaders have proven to be firebrands of enthusiasm, taking responsibility for supplying condoms, encouraging peers to test for HIV/AIDS, and putting their knowledge to work in their own communities as well as in their workplaces. The strategic element of training male lay-leaders allows Linzi&#39;s method to spread beyond what she herself can accomplish. Additionally, by working with the corporate leadership, she taps into the broad corporate network, which also contributes to the replication of her idea. For instance, after conducting training at the Dunlop Tires headquarters, officials sent her to their satellite factories as well. Other companies have begun to do the same.

Linzi studied nursing, and over the years has increased her skills and knowledge of health issues. Her own life-threatening experiences with encephalitis and meningitis have given her, she believes, greater insight into the impact of severe illness, not just on the patient, but also on the patient&#39;s family and community. As an adult, Linzi found herself in an abusive relationship, and it took her a number of years to overcome the consequences. She believes that these difficult life experiences have taught her to overcome obstacles. They have also made her an ardent fighter against severe illness, discrimination, abuse, and unfair treatment in the lives of others.
It was in the early eighties that Linzi, working as a community nurse, treated her first AIDS patient. She realized then that current health care services were woefully insufficient to combat this deadly infection. Thus she took it upon herself to produce well-researched education materials and training courses for her patients and their families. Linzi also began to lobby with her employer, the local government health services, to establish proper infrastructure for people with HIV/AIDS.
Since that time, Linzi has gained over twelve years of experience as a professional nursing specialist and trainer in the field of HIV/AIDS. While many experts focus their efforts on groundbreaking research, Linzi has chosen to work largely with the &#39;ordinary&#39; people whose lives are impacted by this deadly virus. She is a creative communicator, always engaging with her learners in such a way as to leave them empowered to make positive changes in their lives. On a working visit to the United States in 2000, Linzi noted how HIV/AIDS education was very specifically aimed at niche market segments. Translating this into the South African context, she realized that infection prevention training needed to be aimed at men, and even more specifically, at employed men, because of the influence they wield in their communities. Supporting this insight, she recalled that in all the training courses she had run in her capacity as a government health specialist, very few men had ever attended. These observations were the catalyst for Linzi&#39;s idea to change the sexual behavior of men by taking HIV/AIDS education to the workplace.