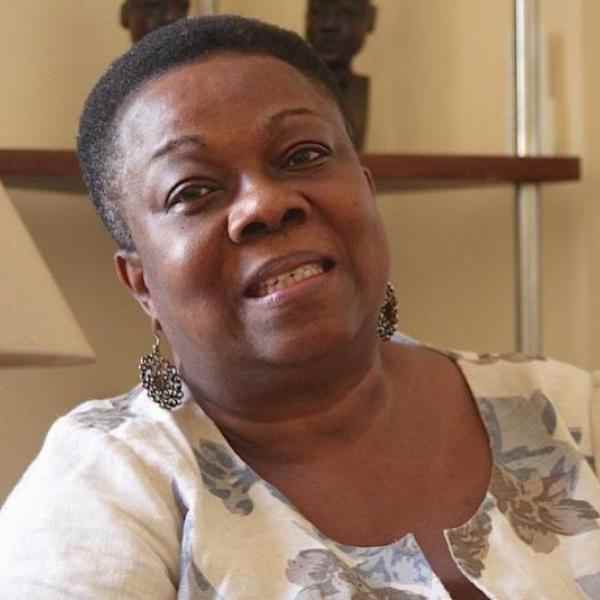 Constance Yai is the first person in Cote d'Ivoire to successfully introduce grassroots organizing around women's rights. Her several campaigns have crossed social and economic barriers and laid the foundation for dismantling a legal structure that discriminates against women from the time they are born. Her approach brings together women from rural and urban areas and from a variety of socio-economic backgrounds.

Constance was raised in a progressive family environment that emphasized the importance of her own education and resistance to overtly repressive social norms. Constance therefore sees it as her mission of sorts to use her own privilege to benefit the hundreds of thousands of women throughout Cote d&#39;Ivoire who find themselves trapped in webs of regressive, often violent, traditions.Constance works towards empowering women at a number of levels, beginning with a grass-roots campaign to make women aware of their political rights and powers. Building on her grass-roots support, Constance has implemented a number of more specific strategies–for example: she organizes meetings with community and religious leaders to discuss the potential for reforming violent practices such as genital mutilation, and she has founded a shelter and training center for battered and abused women.
Constance is the first in Cote d&#39;Ivoire to attempt a large-scale mobilization of women–rich and poor, urban and rural. Whereas previous reformist efforts have revolved tightly around wealthy, foreign-educated women, Constance believes that no systematic change can be affected without the involvement of a large constituency of women across the country. To further promote her ideas Constance has developed a carefully considered national and international media strategy.

Women throughout Cote d'Ivoire are the victims of a systematic discrimination that manifests itself at many levels of their interaction with traditional culture. Women are discouraged from getting an education, are married off at very young ages (often against their wills) to settle family obligations, and are the victims of ritual genital mutilation and other forms of premeditated violence.

Women also lack any substantial political voice or juridical recourse: there currently exists no de facto legal structure to which women can appeal for protection from violence, nor is there any grass-roots awareness movement to bring women's issues into public view. While certain minimal rights exist for women in theory, women are not aware of these rights, nor are they enforced with any regularity.

In fact, traditional distinctions between public and private often actively suppress women's problems from the public debate. Speaking of domestic violence in particular, Constance explains that, "in the country's collective consciousness violence against women does not constitute a disturbance of the peace." Rather, many infringements of women's rights are considered private matters to be resolved within the confines of the home. Of course, such a view is completely unrealistic: unless they can make public appeals for support, women have no leverage at all within the context of the home, and must simply submit to traditional practices.

Here is but one simple example of the extent of the problem: thirty percent of women are not even registered at birth, receive no birth certificate, and are therefore not even acknowledged by the state. They are nameless victims, without any formal rights, and until their voice is empowered publicly, there will be no systematic reform.

Previous efforts at reform in Cote d'Ivoire have targeted a small elite of foreign-educated women. These women, because of their often influential connections, could sometimes secure public hearings for isolated victims of violence, but because of their distance from the majority of the population, they have never been able to mobilize significant grassroots support.

Constance established an organization, the Association for Defense of Women's Rights (AIDF), to bring together the activism of some three hundred advocates from a wide diversity of backgrounds. The AIDF is structured around the following axiomatic objectives: to raise public awareness of domestic violence, to function as a political lobbying group for legal reform, and to provide battered women with emotional support.Its strategy is threefold: first, to mobilize women into political associations with specific reformist objectives; second, to organize community discussions and training with chieftains and perpetrators of genital mutilation; third, to set up a shelter for battered women.

First, Constance is involved in a large-scale, grass-roots effort to organize women into politically relevant constituencies. Her principal strategy is to organize women volunteers and embark in petition drives to a) simply raise awareness among women of the scope of the problem and b) to make them visible–literally, in the signing of their names to paper–as a unified political constituency that can influence electoral politics. One of her recent petition drives has aimed to require that all female babies receive birth certificates, without which they cannot enjoy any formal rights.

Second, Constance organizes community meetings and round-table discussions with religious leaders, traditional chieftans, policemen, nurses and doctors, and other community leaders about women's rights. She has recently also involved practitioners of female genital mutilation in these discussions, and she works with all of these leaders to devise practical solutions for those interested in her agenda. For instance, she works with women who had administered genital mutilation but have since turned against the practice–Constance helps find these women jobs in traditional medicine to make feasible their transition away from genital mutilation.

Third, Constance has overseen the establishment of a shelter for battered women. As simple as this may sound, it is absolutely essential for battered women to know that they have a place to go in fleeing abusive husbands, premature arranged marriages, and families that plan to administer genital mutilation. The shelter has not only given five hundred women a place to stay, but it has worked with them to find a niche in the market for their skills and thus to make them self-sufficient.

To spread the influence of her ideas, Constance has spent a lot of time trying raise the level of media attention paid to women's repression. To do this, she and the AIDF have staged nationwide solidarity campaigns for two of the most visible victims: Veronique Akobe and Fanta Keita, both rape victims imprisoned because they defended themselves violently against (and killed) their aggressors. Since its involvement with these well-publicizes cases, the AIDF has situated itself as a privileged interlocutor with penitentiary authorities, and is now allowed to provide services for incarcerated women (such as the location of legal defense).

Constance also encourages victims of domestic violence to go public with their stories, and sets them up with media. Together, these efforts help move battery, rape, and genital mutilation from the private to the public domain, and this is a necessary first step to achieving reforms (which must, after all, finally be codified in the public sector). She complements this work with a lobbying program that interacts directly with political leaders.

Constance was one of the few women in Cote d'Ivoire to be born to progressive parents that treated their daughters and sons as equals. Her father always pushed her to be educated, and rejected such traditional practices as genital mutilation. From a very young age, however, she was aware of the uniqueness of her own opportunities. And her marriage to a Ivoirian man made very tangible the pressures to conform to traditional, idealized conceptions of femininity.

She was nonetheless a leader and an innovator from the start. She began with work in her own peer group aimed at clarifying the burdens of gender-laden expectations, and progressed naturally to the broader concerns of disempowered women. Since 1987, she has been doing the legwork necessary to establish AIDF as a strong and recognized presence, and she feels the time has now arrived to flex the organization's muscles and pursue ambitious reforms.