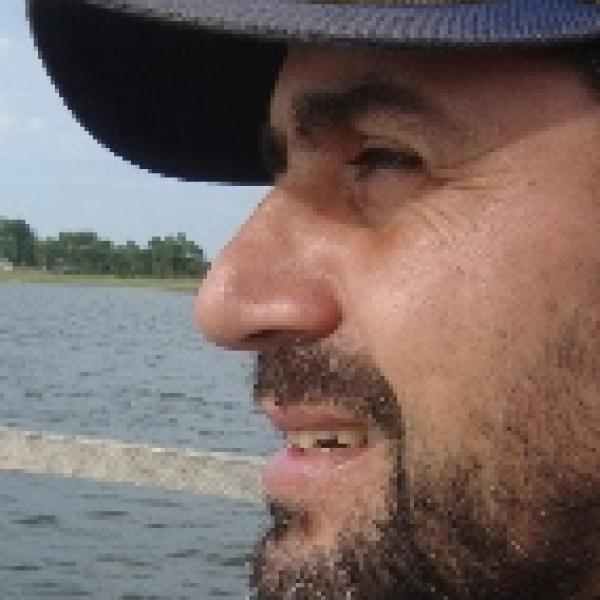 In the poorest rural communities of Uruguay, Aler promotes sustainable farming and fishing practices that boost rural incomes and protect the environment. He fosters communication between farmers, fishermen, and other rural workers whose livelihoods are threatened by environmental damage and large-scale farming. This network provides a platform for the exchange of ideas, techniques, and knowledge, allowing each individual to benefit from collaboration. Most importantly, participants learn how much they depend on the same resources—and therefore on each other—in order to continue making a living. For example, Aler has made personal connections between fishermen and soy bean farmers to reduce the heavy use of pesticides during fishing season.Aler also runs several on-the-ground programs to teach rural producers practical skills that will improve their output. Participants learn about markets, sustainable agriculture, new niche crops, technological improvements, and how to bring about public policy reform. Though his work has been primarily focused in the Rio Negro River Basin, where he has directly impacted 12,000 people, Aler is expanding to reach rural communities in Argentina, Brazil, and Venezuela.By joining together and training rural producers, Aler encourages the adoption of the best environmental practices in Uruguay and beyond. He has influenced public policy to protect water resources and shaped attitudes at the local level to encourage farmers and fishermen to fight for their shared resources together. He has also had broad impact through partnerships with public and private organizations at the national and international levels, such as Uruguay’s National Agricultural Research Institute and the Latin American Network on Rural Development.

According to the World Bank, 42 percent of people in Latin America and the Caribbean today live in rural areas (defined by the Organization for Economic Cooperation and Development’s; a population density under 150 inhabitants per square kilometer and more than an hour travel to a major city). This figure nearly doubles previous official estimates. Furthermore, around 40 percent of the region’s poorest people live in rural areas, though that rate is almost double in some countries. Rural problems of poverty and sustainable development in the region have been underestimated in the past and need urgent attention.In rural Latin America the vast majority of land is concentrated in the hands of a much smaller number of large landowners, leading to poverty and isolation of small farmers. This forces thousands of people to reluctantly migrate to cities in search of employment opportunities, education and access to basic services, where they struggle financially and socially adding to the number of urban poor.Rural populations in Uruguay face social and environmental problems similar to those of their counterparts in neighboring countries such as Brazil and Argentina. Intensive large-scale and industrial agricultural projects have undermined the sustainability of local people’s traditional cattle-rearing, farming, and fishing livelihoods. Aggressive chemical fertilizers to boost productivity in rice and soybean plantations contaminate their rivers and soils; paper pulp producers, which have set up mills on some of Uruguay’s major rivers, are also heavy polluters; and forestry projects in the center and north of the country have altered ecosystems, depleted fish stocks, and caused other changes to soil and water systems. Rural farmers and fishermen also face the threat of nearby land being bought for large-scale forestry projects. Without careful management, forestry degrades soils and exhausts natural water supplies, making their existence ever more precarious.Industrial projects such as a large lake and hydroelectric dam on the River Negro in Uruguay, have modified not only the local geography and caused the loss of productive land, but have changed the local economy. People in the River Negro basin have been left struggling to maintain their livelihoods. Uruguay is a nation rich in rivers and water, but there has been no previous development focus on the rural communities they support. Development projects fail to reach such vulnerable populations. Organizations with social programs—usually healthcare, education, and some agronomy and veterinary assistance—are based in departmental capitals, not in remote areas, which only increases the marginalization of these rural populations.

Aler has focused his pilot projects on rural communities based in the River Negro basin, bringing together diverse interest groups in relationships of mutual benefit and solidarity. In this way, community members manage their own development based on the sustainable use of natural resources. From the outset, Aler has been convinced that the problems he is tackling are common to rural Latin America, and now he is extending his work from central Uruguay north into Brazil and west into Argentina to create a regional development “belt”. His model is being replicated in Venezuela.After more than a decade working with rural communities in the area, Aler created the River Negro Institute in 2005 to channel his approach and fill the void left by a lack of official attention to the region’s problems. The Institute promotes integrated social and economic development for these rural communities and has a comprehensive approach to consultancy and training and a technical staff from a variety of disciplines, including agronomists, an anthropologist, a nutritionist, doctors, and a social worker. The Institute has proven both a powerful tool to represent the interests of the communities with policymakers in the area and an effective way to spread programs on the ground; such as a nutrition project with community women; a seed exchange between rural producers; and a platform to bring communities together in a shared marketplace.Aler’s model has four pillars: agriculture and fishing production, markets, training and leadership, and reforming public policy. Aler grasped that only by addressing these four areas simultaneously would he be able to improve communities’ quality of life while safeguarding the natural resources on which different groups, be they farmers or fishermen, depend for their livelihood. He saw that an integrated approach would strengthen local communities and prove a more effective way of making rural people’s voices heard in the public policy arena.Aler’s work with producers has helped reintroduce traditional and highly nutritious peanut, bean, and pea crops which Uruguay had been importing, into an area where soils were considered poor. As a result, Aler brought the value of these crops to the state’s attention, created a niche market and successfully influenced policy. Uruguay’s National Agricultural Research Institute revived studies of these crops and the National Farming Board decided to subsidize their sales after Aler’s pilot. For local communities, the value of such production goes further: the crops have nutritional value and improve the quality of life. In 2005 when weather conditions hampered cultivation of other crops, the sale of peanuts and beans promoted by the River Negro Institute represented the only income for more than 120 families.Aler has also prompted farmers and fishermen in different parts of the river basin to meet, exchange information, and share knowledge. Fishermen, who complained that soybean producers’ heavy pesticide use coincided with the fish breeding season, have met the farmers in question and shared training. This has helped make an abstract problem more tangible and has promoted local leadership; fishermen are now sending fish to the schools attended by farmers’ children, underlining Aler’s integrated concept of river basin development. Farmers—some of whom had never before left the country—have also forged links with groups from other communities in Brazil and Argentina and have incorporated practices they saw into their operations. In one venture, fishermen from the village of San Gregorio formed a cooperative, allowing them to accumulate stocks and sell them in higher volumes at fairer prices. He has trained local fishermen to monitor river contamination themselves and has forged contacts with producers’ organizations, research bodies and non-governmental groups in other parts of the country.Aler’s expertise, forged over 15 years of working with rural communities, has made him a prominent and respected expert in his field. He has built alliances with a wide variety of local, national, and international institutes and organizations, including the National Agriculture Research Institute and the Ministry of Farming, Agriculture and Fishing, to provide soil analysis and training programs to local communities. He has signed agreements with organizations in Brazil to share knowledge and promote cross-border training. Aler has also used his contacts at the regional and national levels to spread his model and influence policymakers, and his contributions have been included in national draft laws on small-scale fishing and the use of prohibited toxic substances. Because the problem he is addressing is not exclusive to Uruguay, Aler is rapidly spreading his model to other parts of the region.  His Institute is working with the National Venezuelan Land Institute to introduce his model, benefiting an estimated 15,000 families in a preliminary phase. Venezuelan officials will travel to Uruguay for training and fieldwork with Aler and his project. Closer to home, his group has set up a Regional Rural Development Belt with groups in neighboring parts of Brazil and Argentina to reach 16,000 families in Brazil, 12,000 families in Argentina and 10,000 families in Uruguay within 5 years. He has also joined a regional network of small-scale fishermen, which links fishing communities in Chile, Brazil, Uruguay, Argentina and Spain, with an alliance of institutions in countries bordering the Atlantic Ocean designed to develop regional strategies. His Institute is part of the Latin American Network on Rural Development, which brings together 11 Latin American countries and Spain and will be formally established in Uruguay with backing from the European Union.

Aler was born in a town near the River Negro, but moved to the Brazilian border at age 7 when his parents separated. A lover of nature, he decided to study agronomy, but chose to do so in the provinces where he valued the close communities and social structures of rural areas. He set up a Christian student organization which reflected his social values and sense of solidarity and began working with rural youth groups in 1992. It was here that he grasped the scale of the problem facing rural communities and the need to influence public policy at the highest level to cause change.Aler always had a creative approach to problem solving: as an adolescent, he and a group of friends set up a farm cooperative. He brought these same entrepreneurial skills to his work with rural youth groups, organizing a meeting with the head of the Inter-American Development Bank and prominent business leaders in 1994. That contact inspired him to set up a Youth Assembly for Development.Aler spent a decade working with rural producers’ federations promoting new approaches to development. He sought international perspectives, learning about innovative development ideas from a course in Egypt in 2000, and traveling widely in South America. He forged personal links with rural communities in Argentina, Brazil, Chile, Bolivia, and Venezuela to deepen his understanding of the widespread problems in the sector. By 2003, he was convinced that the problem had to be tackled in a more systematic fashion, and he began mobilizing a network of contacts among producers’ organizations to foster an exchange of ideas. In 2005 he founded the Institute to spearhead his model and be the public face for rural communities in negotiations with policymakers.