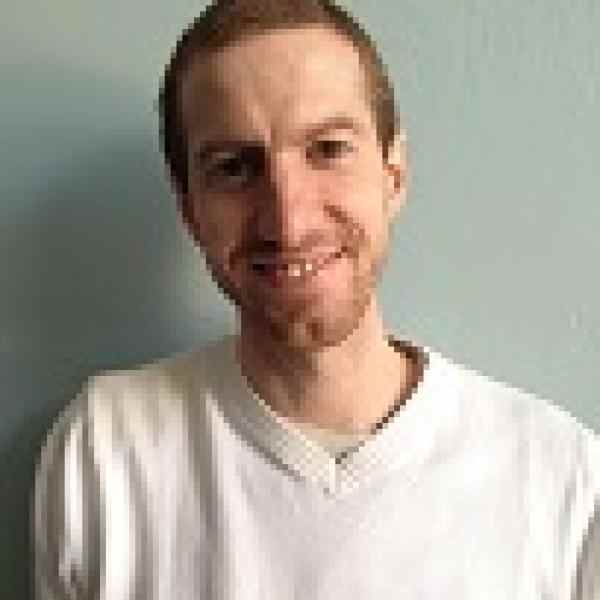 Tomás Despouy is cultivating changemaker skills in students from vulnerable areas in Chile. Integrating these skills into the classroom, Tomás is making students protagonists in their own education and that of their peers. The students, as change agents, then infect their schools and neighborhoods, collaborating in a network to replicate this leadership, community by community.

Tomás is designing and handing over the tools for middle and high school students from vulnerable communities to lead their own education process and encourage that of their peers. Through his organization, Panal, students step into their self-confidence, through practice, and learn to inspire this confidence in their friends. Panal’s workshops and project incubators in schools are the grounds for learning and practicing the necessary social and emotional skills for teamwork and leadership as well as for being successful citizens and architects of better communities.
Tomás, starting with young people in the least favorable school conditions, is transforming the role of the student from passive recipient to proactive driver – learners that not only demand reform but take steps to achieve the changes they see for their communities. To realize this environment where students take matters into their own hands, Tomás is weaving a network of student leaders in each commune (the smallest administrative district of Chilean cities) so that they can function in parallel across a community. In Santiago, Chile’s capital and where Tomás began his work, distance is a barrier to spreading solutions and collaboration, especially in schools. As such, Panal’s design turns on bringing students from different schools together to encourage a comprehensive and efficient network.
The invitation to form networks and build confidence and changemaking abilities is also critical for teachers. The possibility that a student from a vulnerable school could be a protagonist in his or her own education changes the current paradigm, one that tends to equalize students through rote memorization of facts instead of encouraging critical and independent thinking and asking questions. Most of all, the current scenario does not promote problem solving or helping others become problem solvers. Through his own teaching experience, Tomás saw that the new paradigm cannot depend on teachers alone. When a teacher leaves, the old ways return unless the new learning style is infused into the DNA of the classroom. Given this context, Panal prepares teachers and students to be leaders and replicators of changemaking skills.

The Chilean education system is in a state of distress. Students’ performance in Math, Reading, and Science falls well below the OECD average; in 2012, Chilean students ranked 51st in the 65 countries evaluated. Furthermore, Chile has one of the highest gaps in education between socioeconomic groups, with large inequalities in student performance between private schools and public schools, typically in low income neighborhoods. After four years of school, the difference in reading comprehension and math competencies (reflected in test scores) between students from the highest and lowest socioeconomic backgrounds is 26 percent and 36 percent respectively. After ten years of school, these differences increase to 36 percent and 55 percent.
The structure of government funding for education perpetuates these gaps. Public primary and secondary schools are under-resourced. In 2013, several of Santiago’s schools in vulnerable communities were even closed due to decaying infrastructure. Outside the classroom, schools provide little other opportunity for mixing between classes. Unlike the United States, where students commonly participate in school-sponsored sports teams that interact frequently with teams from other schools, in Chile, this is only common in private schools; most schools in vulnerable communities do not offer sports or other extra-curricular activities. This socioeconomic breach, reinforced by segregated schools systems, begins at home. In contrast to wealthier private school students whose families and role models are highly educated and whose networks are capable of generating future employment opportunities, students from vulnerable neighborhoods have neither these examples for completing education nor networks that lead to economic success. 77 percent of students who drop out of school come from households whose members also dropped out.
However, the education problem extends beyond family socioeconomic status, class segregation, and lack of funding for lower income students. The Chilean system itself is programmed to reinforce antiquated teaching methods to prepare students for an archaic workforce requiring repetition instead of innovation. The country-wide measure of educational success, Education Quality Measurement System (SIMCE), is designed to be “an explicit signal of the education system with respect to the learning objectives considered fundamental by the Ministry of Education.” Thus, the results are used to inform the national curriculum. Because skills critical for success outside of school are not tested, the SIMCE and resulting curricula encourage teaching to the test. Furthermore, schools and teachers are ranked based on their students’ scores and receive resources accordingly. So even in teaching schools, the pedagogy is centered on preparing students for memorizing and regurgitating the subject that will be tested and practicing multiple choice tests, thereby squeezing out room for creativity and independent problem solving. As a result, many Chilean students feel discouraged with their own learning process. Today, they are only passive recipients of a system that does not encourage overall development or allow them to discover their talents and passions.
Fortunately, the tide may now be turning. Chileans recognize the low quality of their education system and in recent years have begun to look for change. Two major protest movements swept the country in 2006 and 2011, led by high school and university students. These protests had the goal of highlighting the deficiencies and inequalities in the classroom and asking for top down change. In 2011, the protests specifically sought support of a referendum for increased spending and quality in public education. These demonstrations, at times becoming violent, were met with resistance from authorities but did contribute to some changes in policy, such as expanded merit-based scholarships for low income students. Protests simmered down but continued through 2013, drawing grade school and university students as well as teachers.
Since the new administration, elected in 2013, has come into office, the government has begun to respond on a larger scale by shifting fiscal priorities. The investment in education is a significant emphasis in Chile’s 2014 budget. For this fiscal year, 21% of the country’s total public spending will be in education, one of the most significant proportions globally.

Tomás came up with the idea of creating Panal while working as a teacher for Enseña Chile (Teach for Chile) in an underprivileged community. During this experience, he realized that teachers were overworked, and he needed the help of the students to be more proactive in the classroom and in their own learning process, rather than continue the model of students as passive recipients of learning and teachers as emitters of information. In addition, Tomás realized when he and other teachers in Enseña Chile completed their two-year terms, no one became responsible for maintaining or furthering the progress they had made in classrooms.
Instead of waiting to tackle the problem, Tomás began Panal during his contract with Enseña Chile. He formed a nonprofit organization with the support of other Enseña Chile teachers and an advisory board of education experts, and involved students and instructors from more than 10 schools in the first year.
Tomás has been linked to the social world since childhood. His father was a diplomat so he was able to travel and experience different realities. At age 17, living in Venezuela, he participated in a project that sought to identify leaders in poor neighborhoods in Caracas, accompanying them in the execution of an idea to resolve challenges that affected their daily lives. He found that local leadership was a key tool for transforming environments. Back in Chile, he coordinated volunteer social projects for the campus ministry at his university. There, he directed more than 40 volunteers in building transitional housing for the homeless, running self- esteem workshops for children, and remodeling a community’s plaza. Most of the volunteers were his age or older, and the challenge of coordinating everything made him realize he did not need previous experience to do so, only the confidence to face challenges.
In 2009 he launched a student center at his university. As president, he formed a team to combine experience and new energy and organize volunteer experiences for students, thus creating a network within the university for placement in volunteer work. With this experience, Tomás saw a need in the educational system and decided to create a solution, head on. He is in the early stages of establishing a powerhouse program that has already been well received. By turning failing schools into centers of learning, Tomás is preparing not only students and future leaders, but also neighborhoods and for success.